First off, I apologise for the lack of updates, been really busy recently with work and of course the many Gunpla projects I'm trying to do.

For better or for worse, I can no longer just build a kit right out of the box: I have to give at least one runner a paintjob before proceeding. That being said, I cannot argue with the end result.

This Nu Gundam Invoke (working name) project is by the far the most complex and thorough Gunpla project I've ever attempted. The Ver. Ka parts are enough to burn off hours of my time, but the preparatory work that went into the uncut runners took even longer.

Basically, I didn't want the Nu Gundam in its stock colours. I wanted the inner frame to have a metallic sheen, the dark blue to be actually black-based and the yellows to be gold instead. In summary, the colours used are as follow:

So right from the onset, I had a ton of work to do even before the actual building could begin.

This time, I spray painted without trimming the sprues as they were simply too many. However, since most of the new colours build on the existing stock ones, the cut parts didn't bear very visible nub marks, save for the yellow parts. On hindsight, I should have primed those yellow bits before spraying them gold as they took four coats on each side before the titanium colour could show. Also, Pearl White only makes your stock white looks shinier, and it takes five coats to fully colour a non-white part.

I have to say, MG kits are really a whole different ball game. And Ver. Ka MGs up the ante even further, featuring exquisitely molded parts with a ridiculous amount of detail in the inner frame which would be covered by the armor, as well as working pistons and mechanical features that further convey the impression of formidable machinery. While it is still troublesome to build (30 mins for one arm), the final product more than makes up for the mental and physical anguish.

MG kits are full of gimmicks, and this one is no exception. The feet have "claws" that deploy to grip onto surfaces in zero gravity, and the highly articulated fingers can strike a variety of poses. One of the key features of the Ver. Ka Nu Gundam is the Unicorn-esque Psychoframe, which makes a whole lot of sense since the Unicorn's Psychoframe was based on the Nu Gundam's according to continuity. While not bearing a full Psychoframe, the Nu Gundam has bits of pink psychoframe (Ver. GFT) laced through its torso and limbs. One cool thing to note is that the clear pink parts have a double-sided silver foil sticker as an accompaniment, for it to better catch and reflect light.

While we wait for the rest of the Nu Gundam's add-ons to arrive, I will attempt to apply the water slide decals and finish up its standard weaponry. As it is, it already looks amazing. I cannot wait to see the final product. 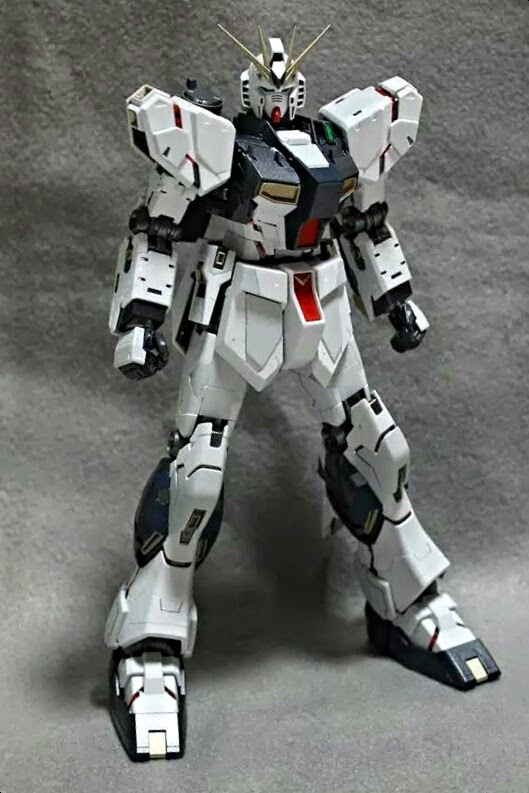 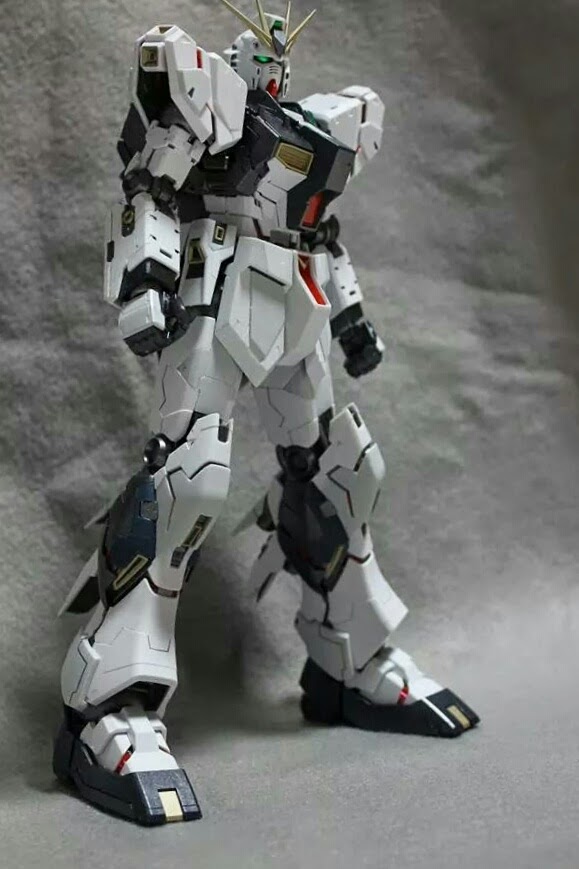 Posted by Gunplanerd at 6:49 PM