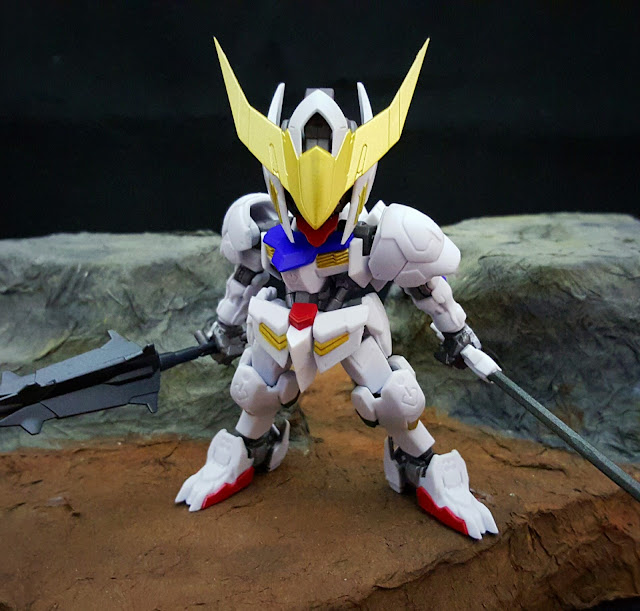 The release of the Barbatos in NX Edge Style format is logical and timely, since season one of Iron Blooded Orphans is currently building up to the climax. Being the latest in the line of highly articulated finished figurines, the NX Edge Style Barbatos brings its unique appeal to the fore.


The most prominent feature of the NX Edge Style Barbatos has to be its huge, ornate and golden V-Fin, painted and finished in a gleaming gold paint. In fact, there is no hint of wimpy yellow for this Barbatos, every associated part is painted in shiny gold paint. The paintjob for this Barbatos is quite remarkable, with the faceplate painted accurately, but the rest of the body just pales in comparison. The "power buttons" on the knee caps, chest and shoulders are all embossed but not filled, although diligently modelers can simply apply some paint and details to the figurine to make it complete.

NX Edge Style offerings have been pretty generous with their accessory loadout; the Barbatos comes with the Kutan-style katana that only appeared in episode 18, two open hands, a slash effect part with accompanying stand pieces, the NX Edge Action Base as well as the Assault Mace that has a swappable Penetrator attachment (the one that stabbed the Graze in episode 1), a gimmick not seen on any other variant of the Barbatos thus far.

Articulation is a given in any NX Edge Style offering, although limbs tend to pop off if excessive force is applied. The Barbatos is able to strike a wide range of dynamic poses from kneeling to smashing, providing hours of fun.

The NX Edge Style Barbatos is a great addition to any Barbatos collection! 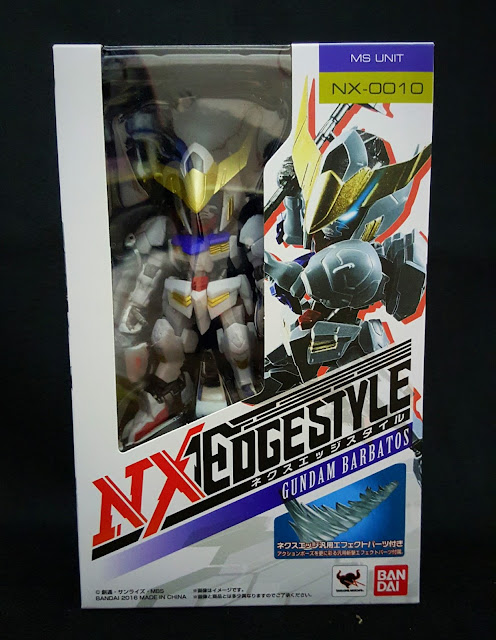 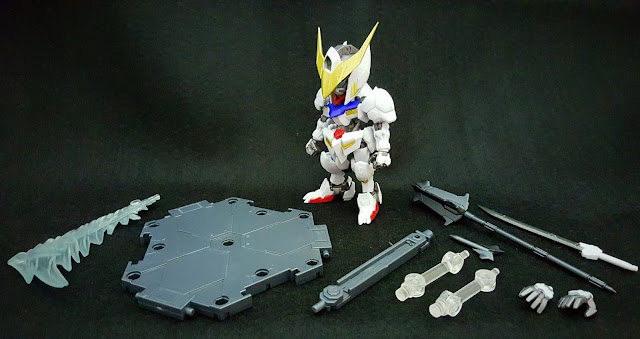 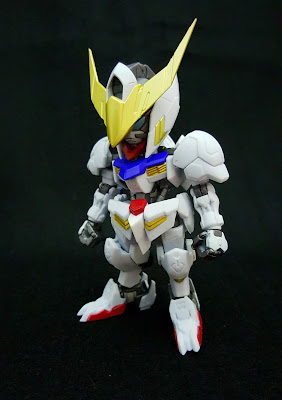 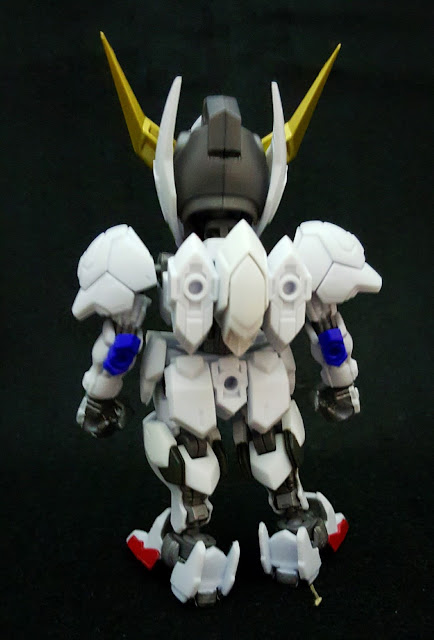 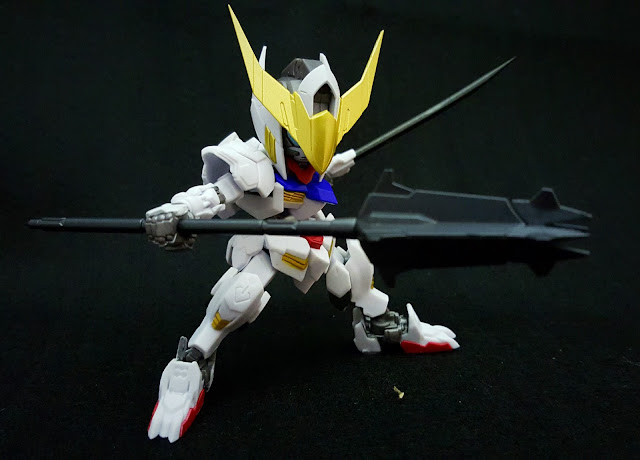 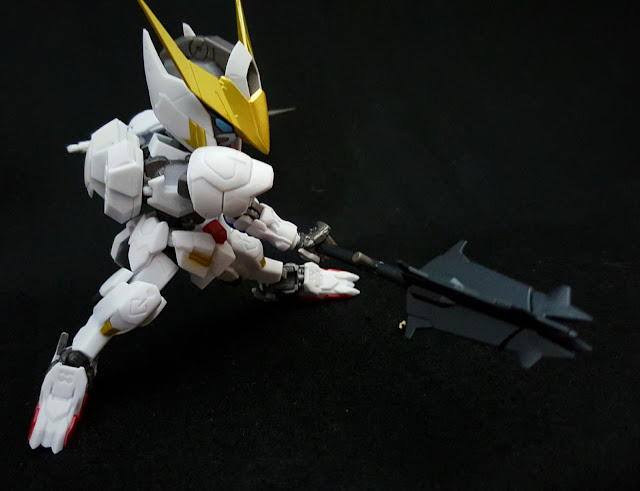 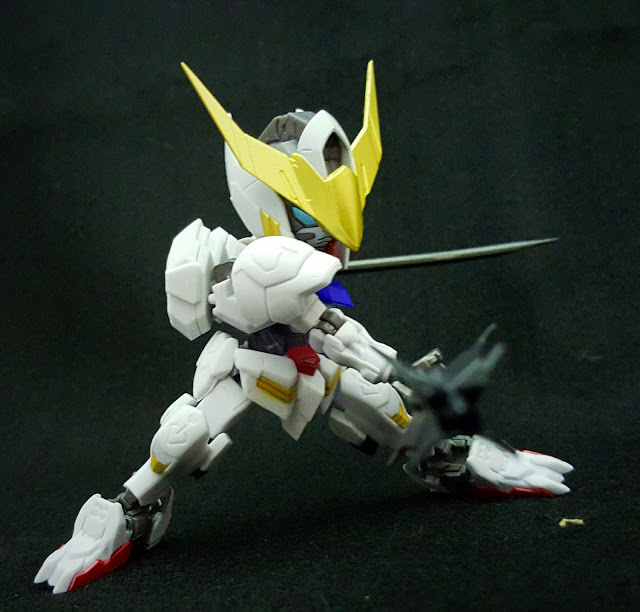 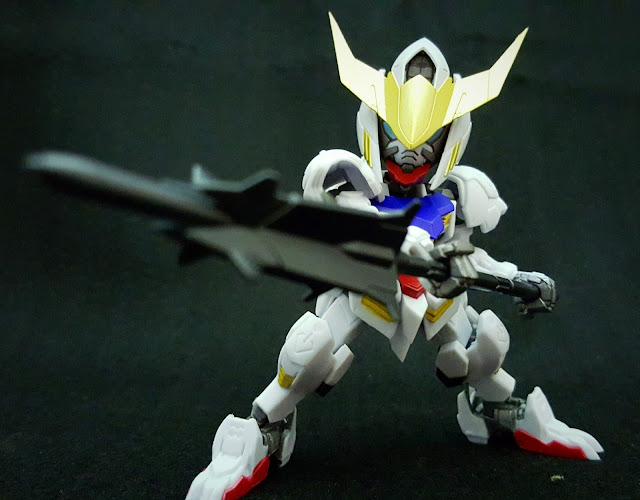 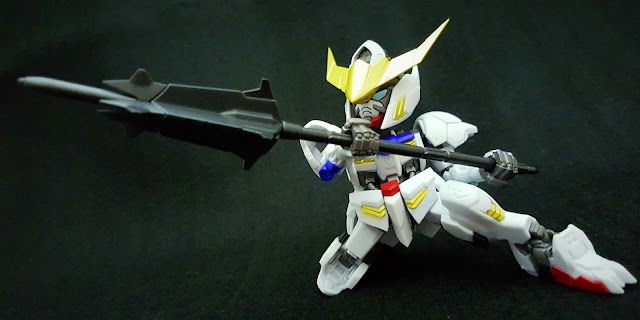 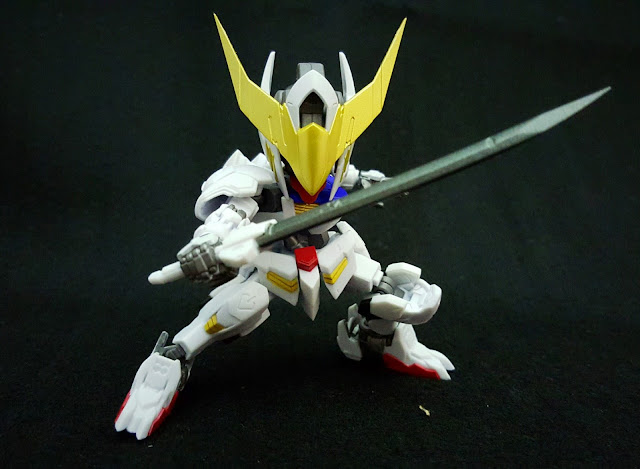 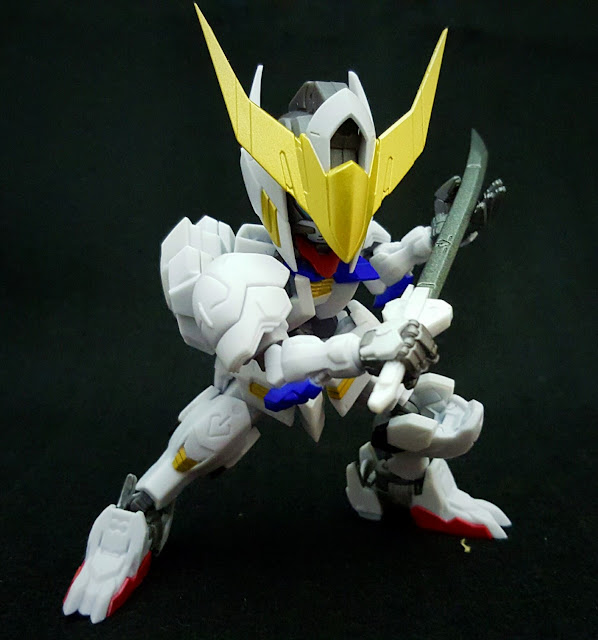 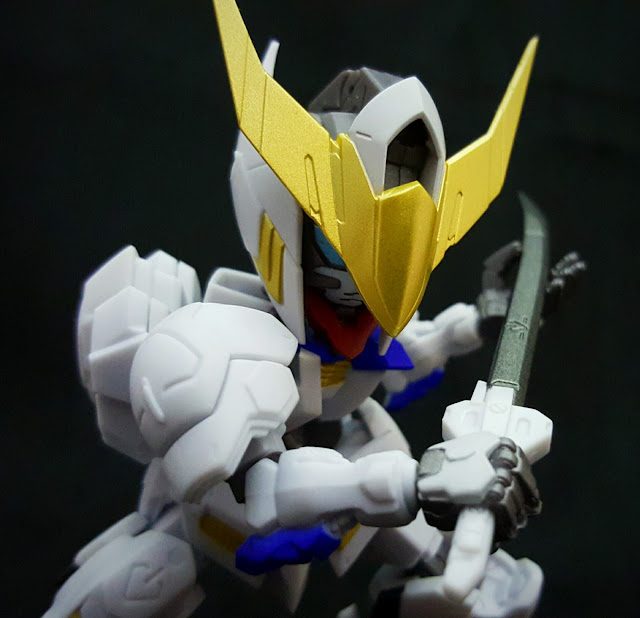 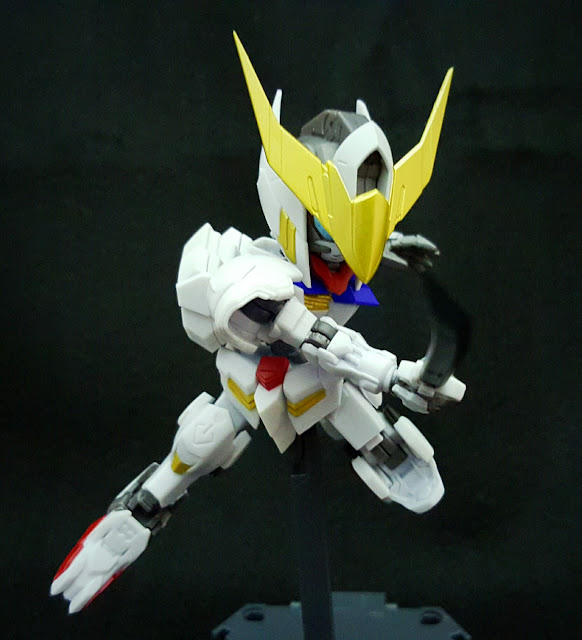 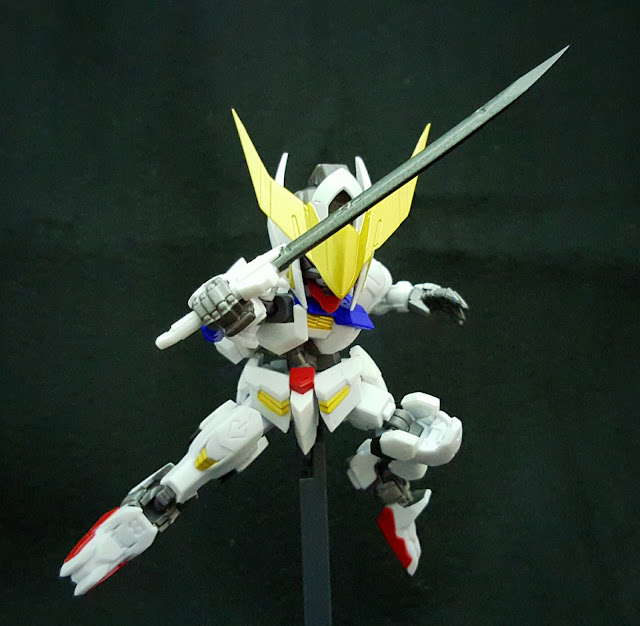 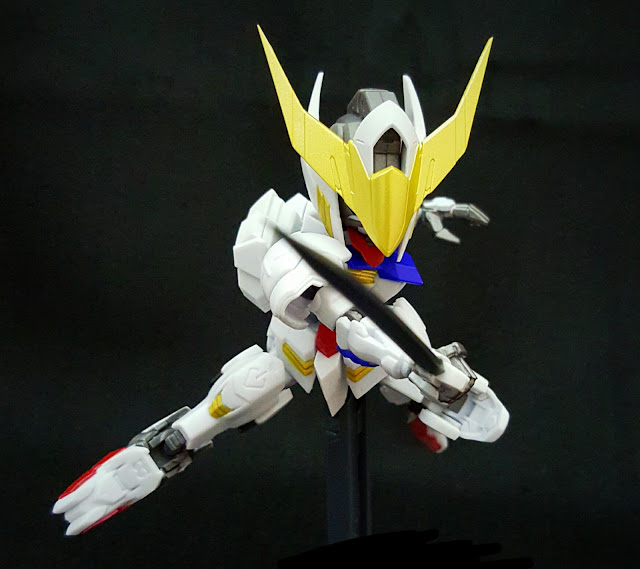 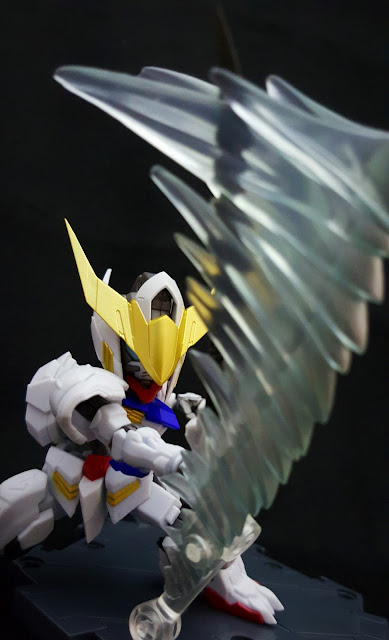 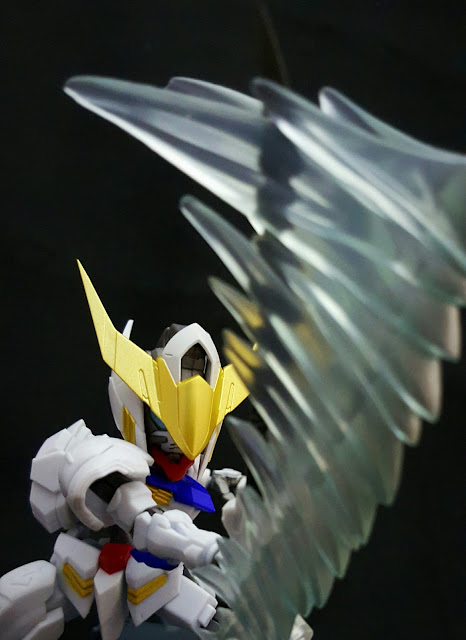 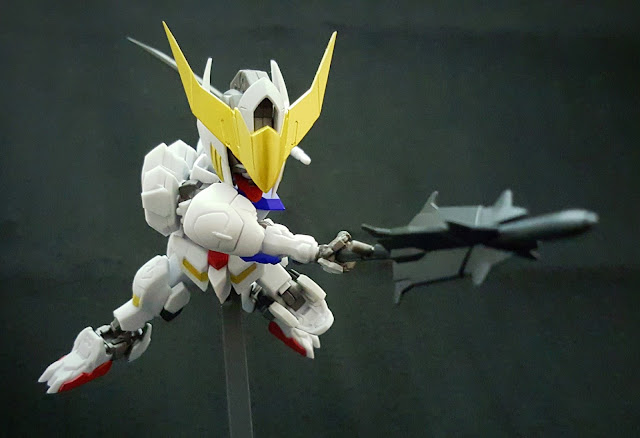 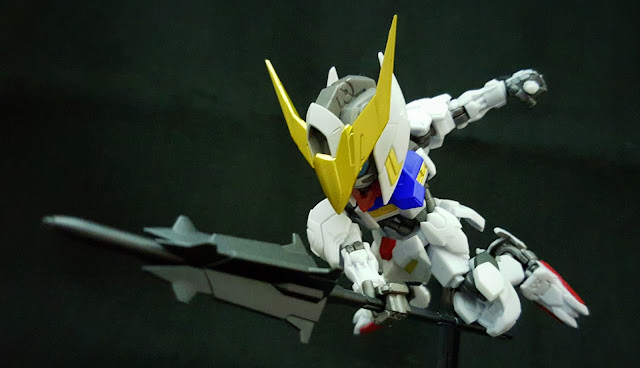 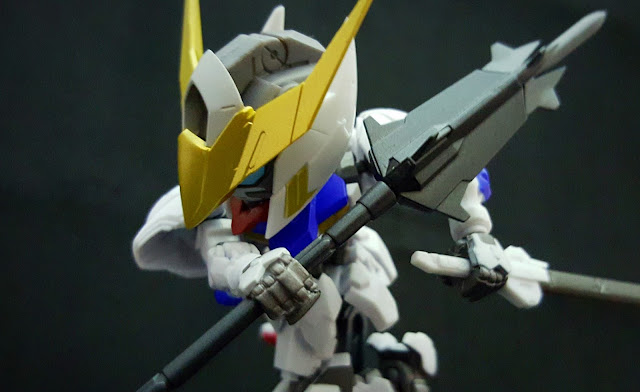 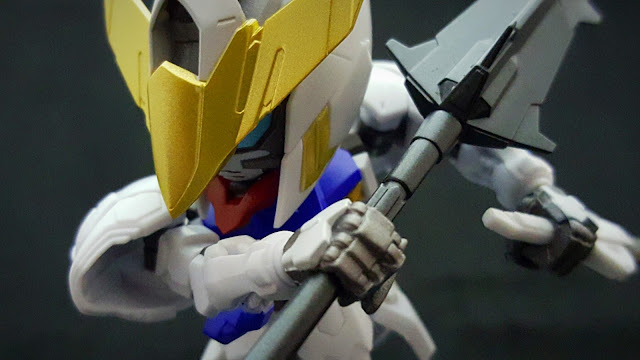 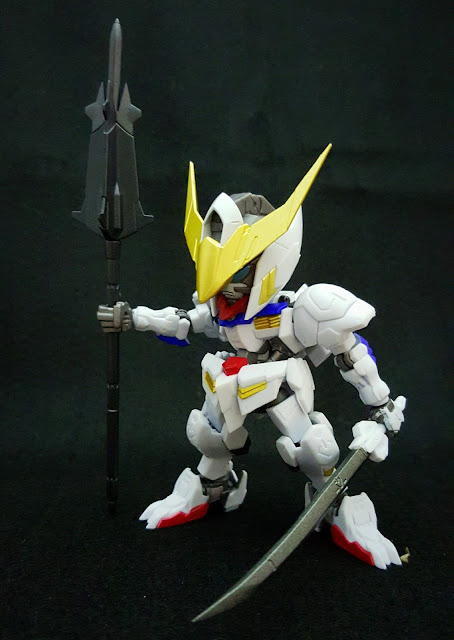 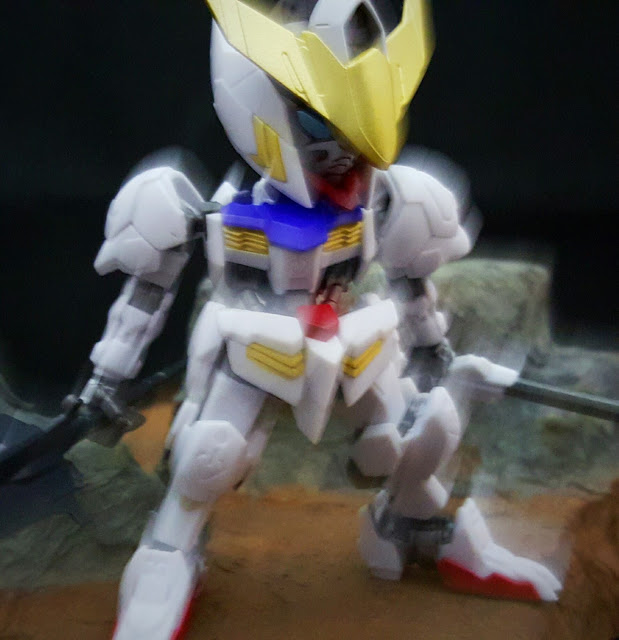 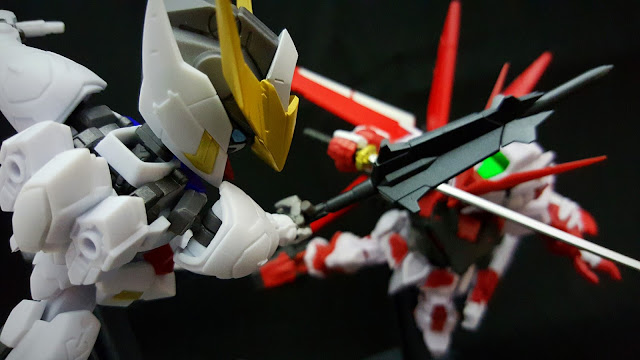 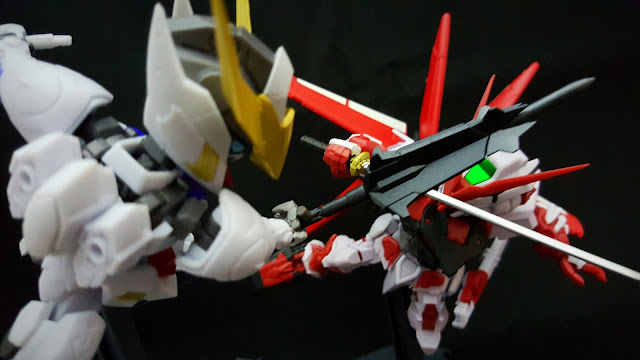 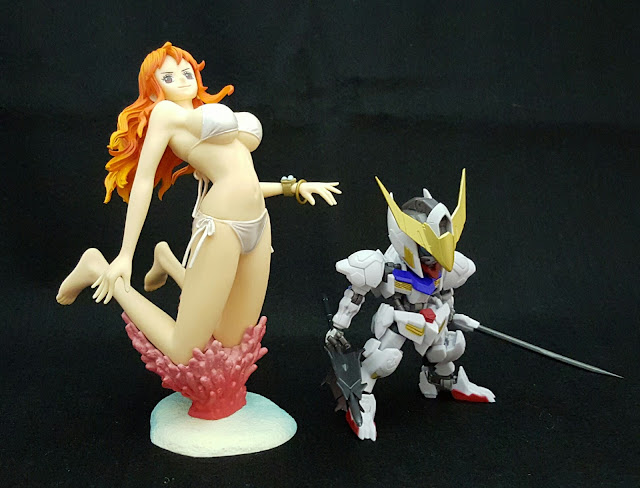 Posted by Gunplanerd at 6:41 PM