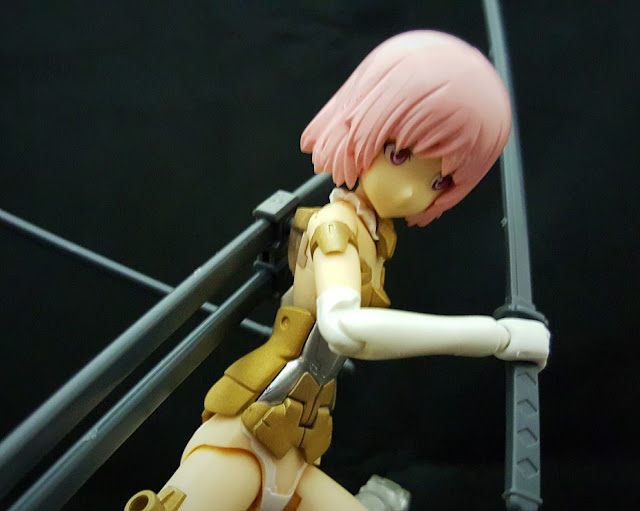 Bandai may have its Super Fumina, but Kotobukiya has a whole range of Frame Arms Girls to give Bandai a run for their money!


Essentially super-articulated Figma action figures in model kit form, Frame Arms Girls (FAGs) are what you get when you cross two otaku obsessions of mecha and cute anime girls together. Somehow, this formula works, and Kotobukiya has been releasing FAGs quickly: from the heavyset Gourai to the sleek Stylet and now the Materia, who has more of the Girl bit of the Frame Arms Girls moniker.

A relatively simple model kit, the Materia comes in a pretty amazing box with a velvety finish while still maintaining all the hallmarks of a Kotobukiya offering. Parts-wise, the count is near a small HG kit (as is its size), but numerous tiny pieces sets you back a little when assembling. The parts are also incredibly hard and resilient, so your fingers might complain a little while tackling the trickier portions, especially the waist joint.

One of Kotobukiya's gimmicks for model kits is the inclusion of pre-painted, prefabricated parts. The Materia is no exception, packaged with three pre-finished facial expressions and erm, her hindquarters. Apart from the painted parts, the rest of the parts are solidly molded in pretty accurate colours.

Materia's articulation is a beast, although she needs a Figma stand to properly execute her moves, but said stand will disrupt the image's framing. Nevertheless, she's still a blast to play with, being able to equip any and every HG-scale weapon from any brand, although Kotobukiya MSG weapons fit the most snugly. One thing though, the hands fall from the socket rather easily, especially if heavier or bulkier weapons are fitted.

Overall, Materia is a nice addition to a model kit collection, adding some pink feminine sass to masculine mechanical blocks! 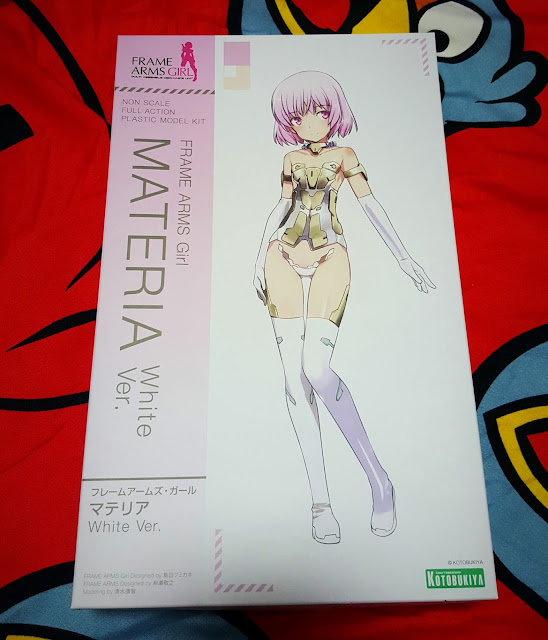 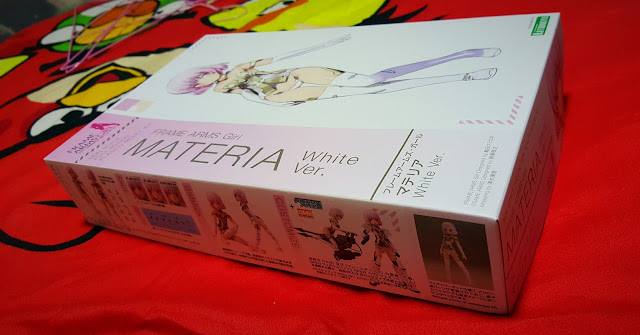 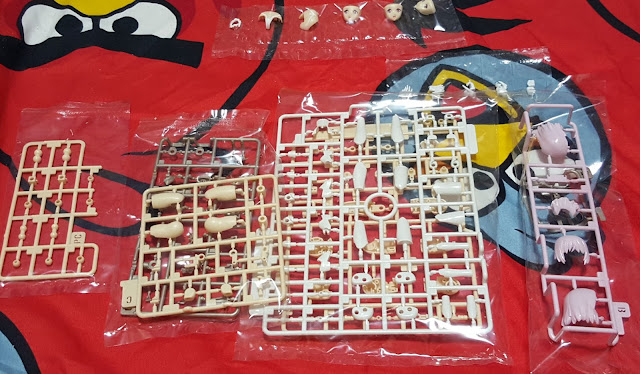 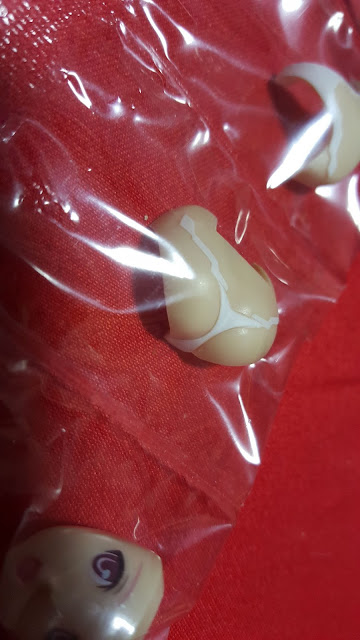 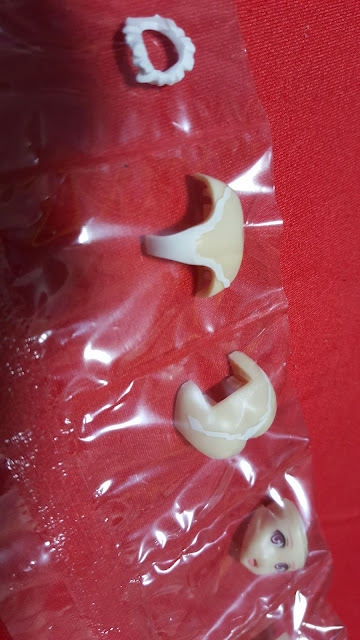 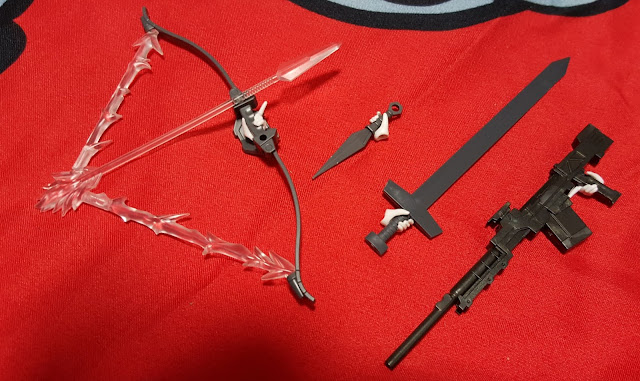 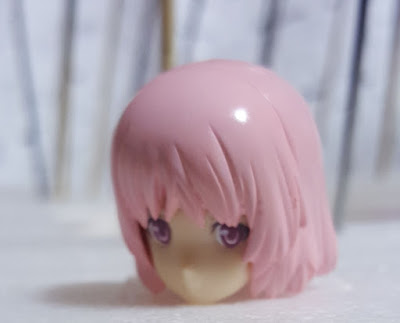 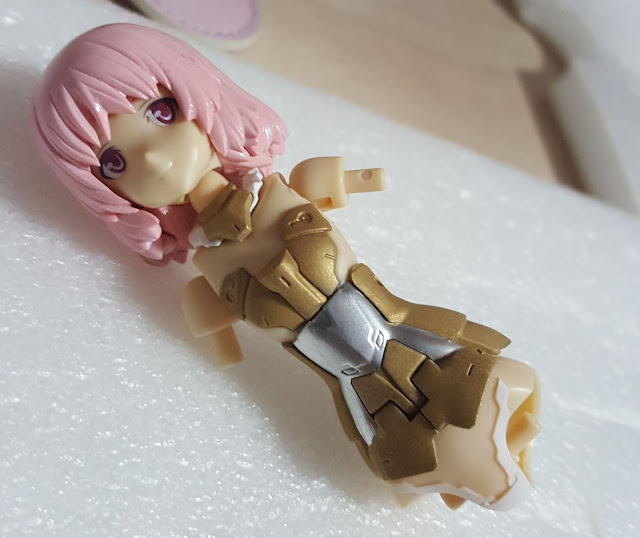 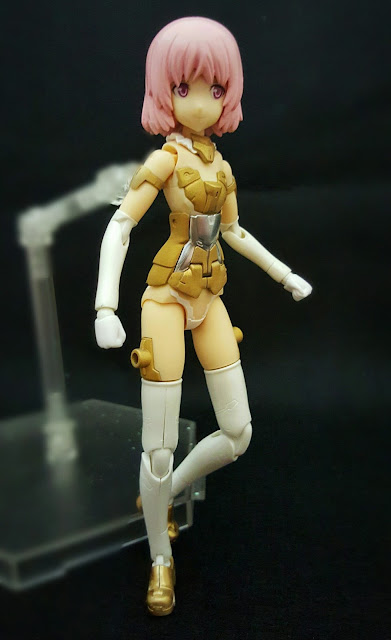 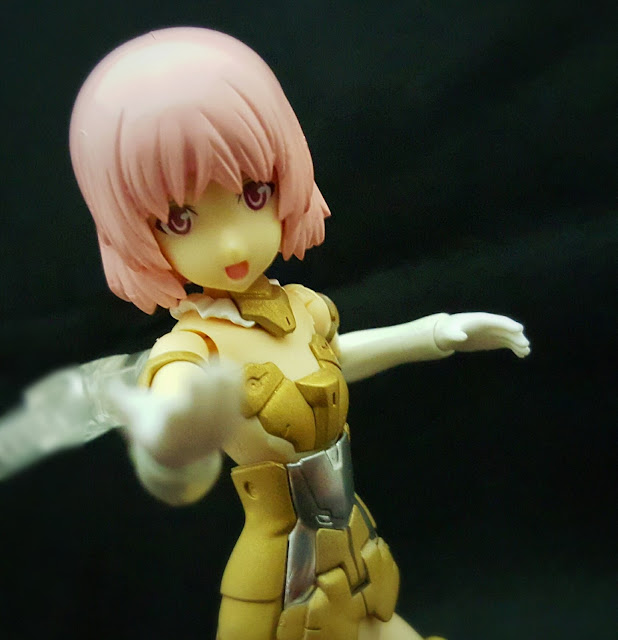 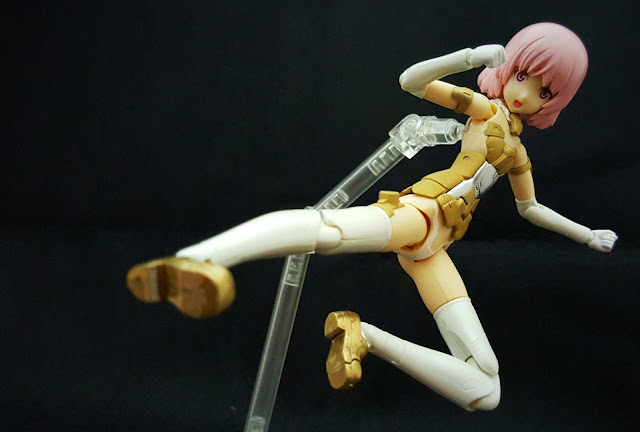 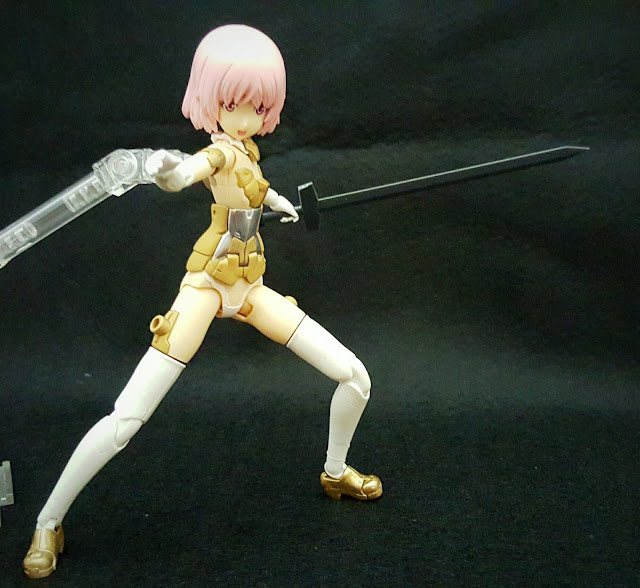 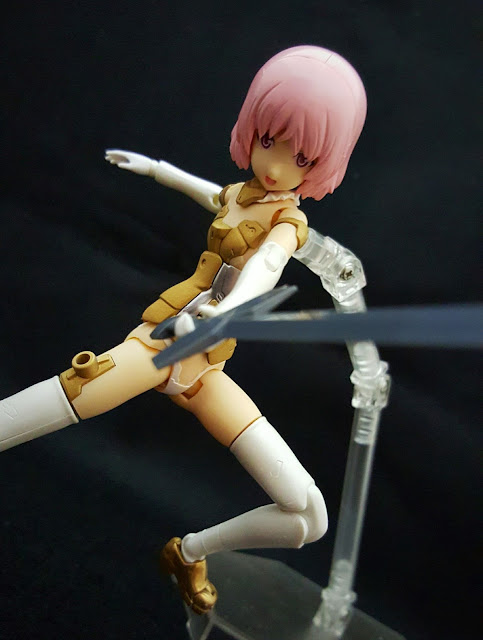 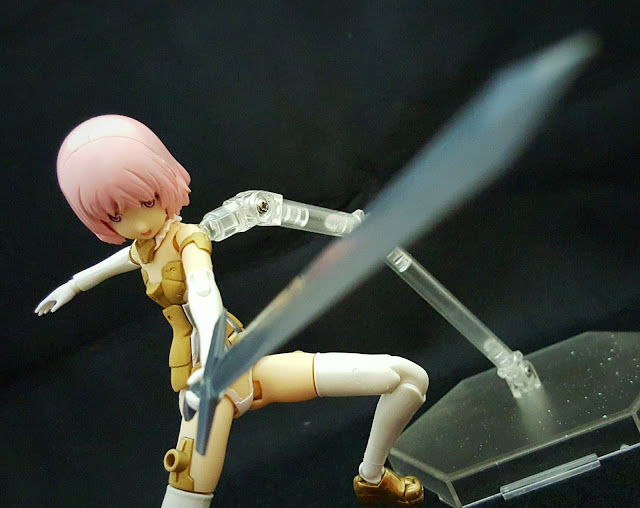 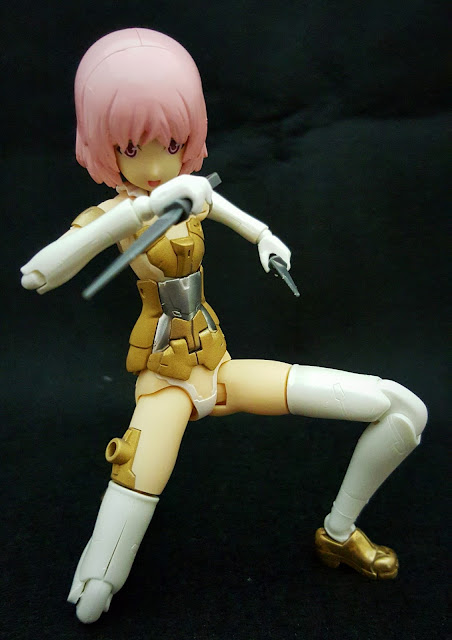 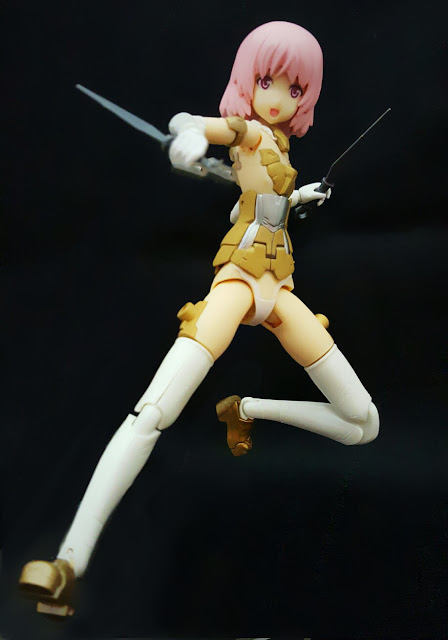 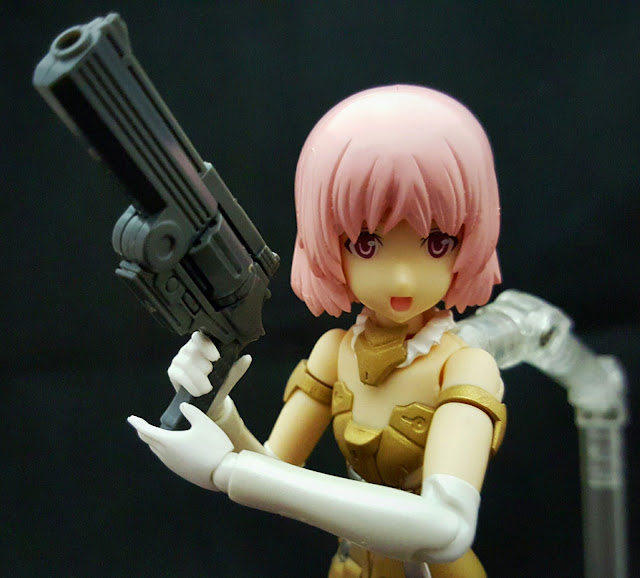 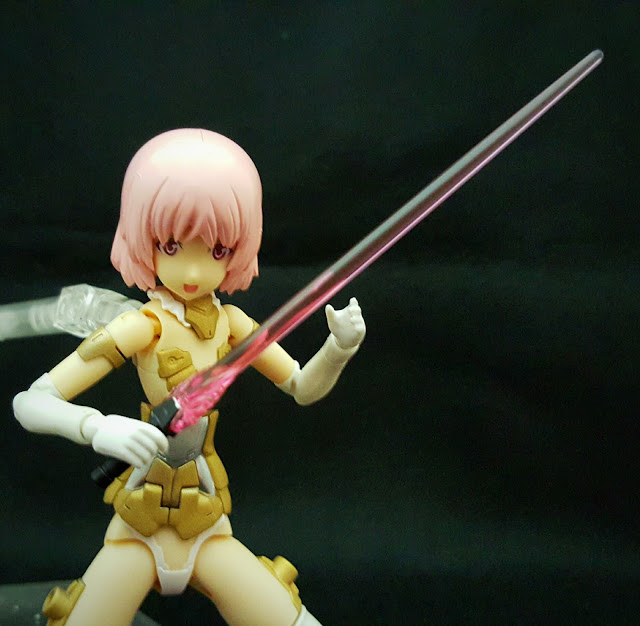 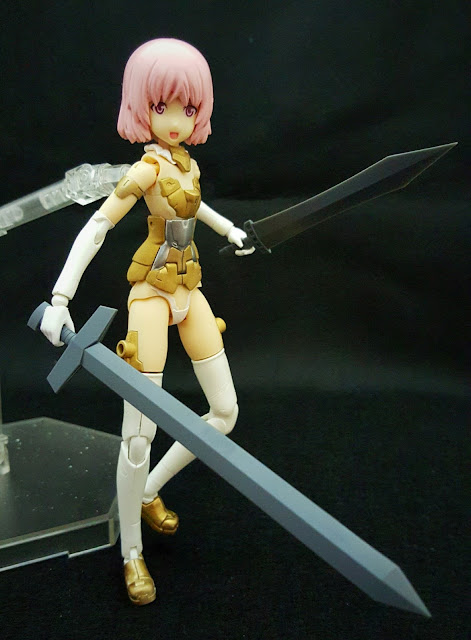 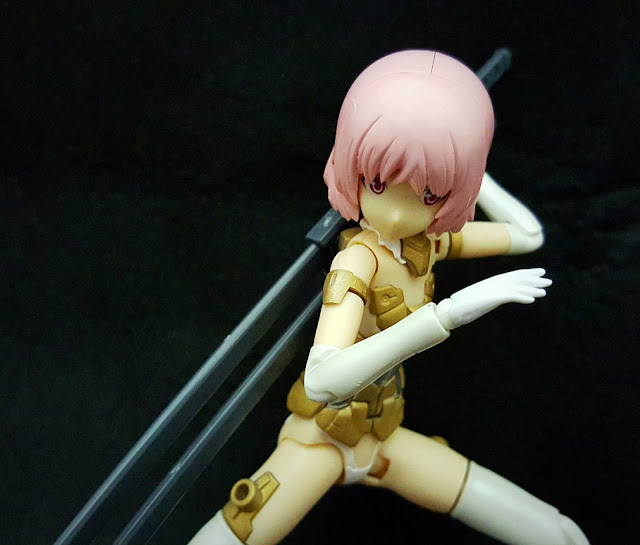 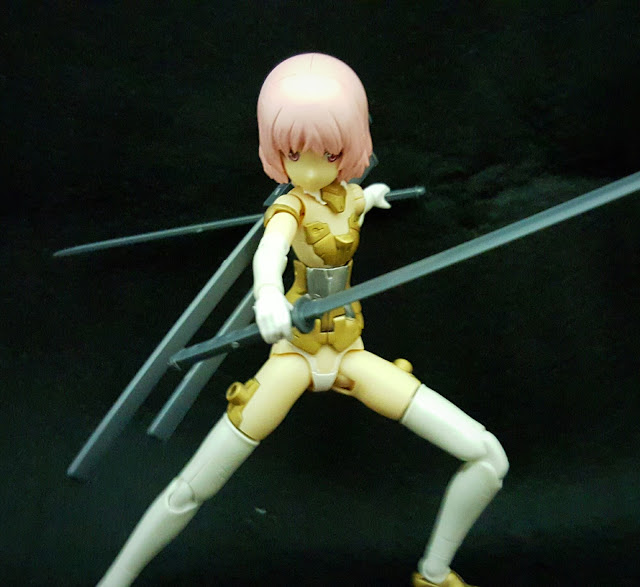 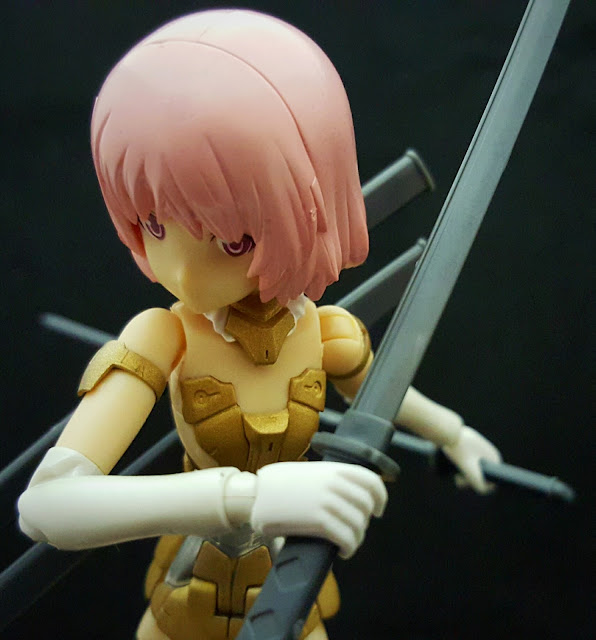 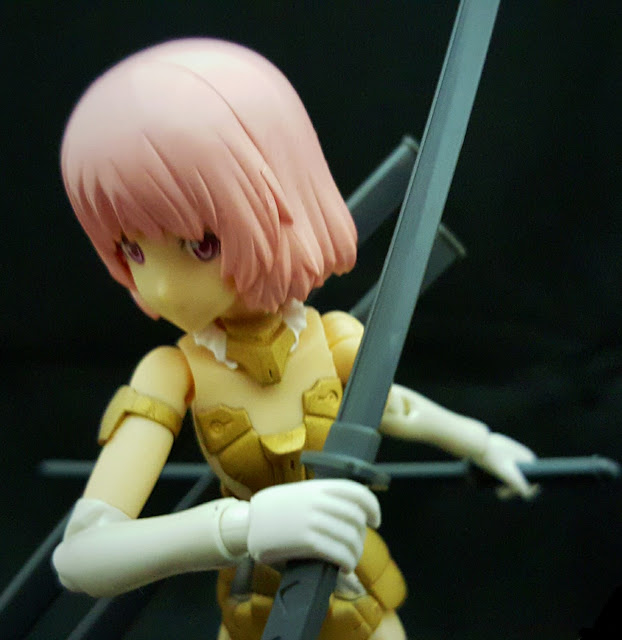 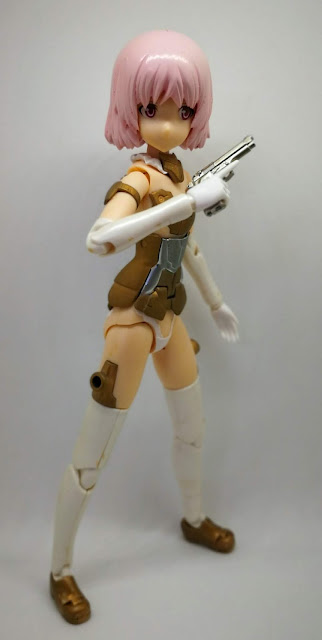 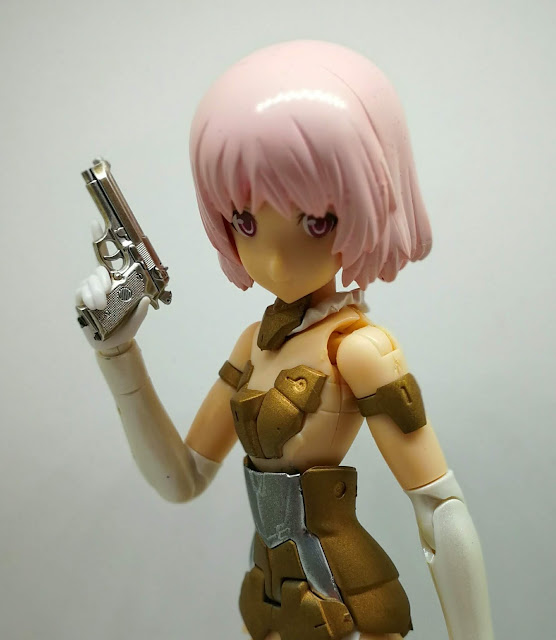 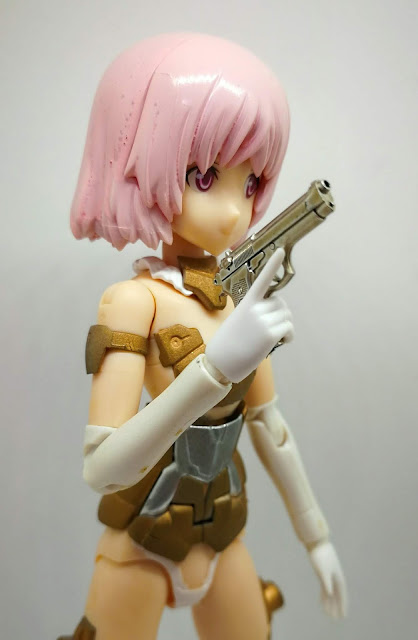 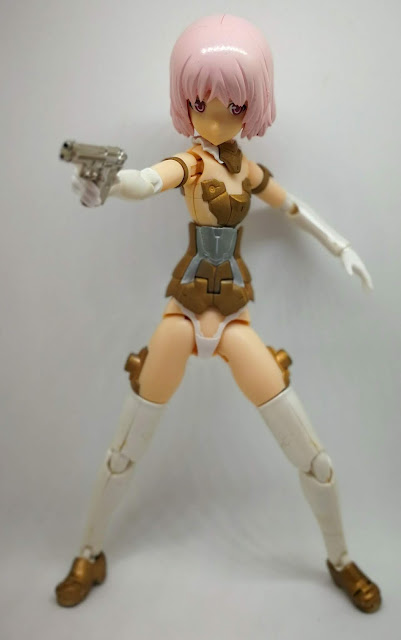 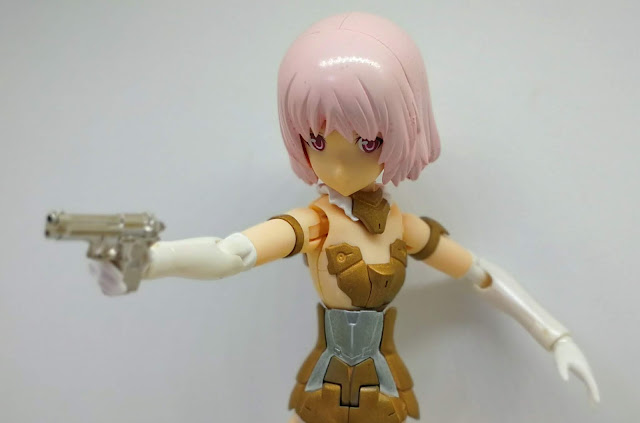 Posted by Gunplanerd at 8:03 PM