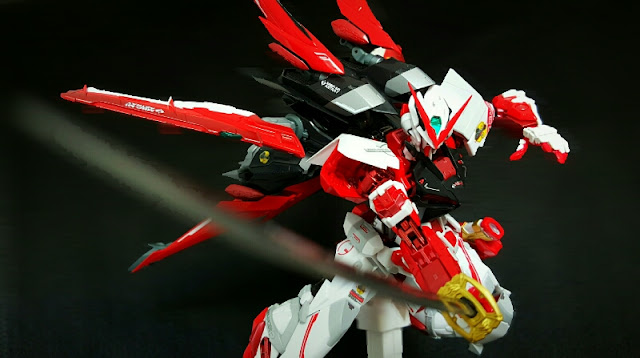 There isn't much to be said about the Astray Red Frame.

There is just something about that sleek design, that overall look that screams Japanese by blending traditional elements with futuristic technology as well as that massive katana that is rather out of place in a mecha universe where laser beams fly fast and furious. However, the Astray Red Frame has transcended expectations and soared to immense popularity, more so than any of its other coloured brethren and arguably some of the protagonist mobile suits with plenty of airtime in the mainstream series.


The Metal Build renditions of both the Red Frame and the Flight Unit don't disappoint, although I feel that Bandai is cutting back on the die-cast quotient in their recent Metal Build releases. That's not to say that the Red Frame feels cheap and light; the main body has a nice heft to it and all the shine associated with the metal frame is there in beautiful, marvelous shades of metallic red.

Of course, Metal Builds are not perfect, and come random nub marks or blemishes can be found here and there, although most of these are few and far between. One gripe however, is the design of the V-Fin attachment point. Rather that affixing the V-Fin to the head unit as per all other Metal Build releases, the V-Fin of the Red Frame is packaged away from the main body, and you'll have to pop it in place during "assembly". The design here is a little flawed, as the V-Fin pops out with the slightest touch. If you're not careful, said V-Fin can disappear into the 4th Dimension. However, this is an easy fix with a drop of glue or cement, but you'll have to be very, very careful.

Overall, the Metal Build Gundam Astray Red Frame is a sexy beast, definitely a must-get for all Red Frame fans out there.
Gallery 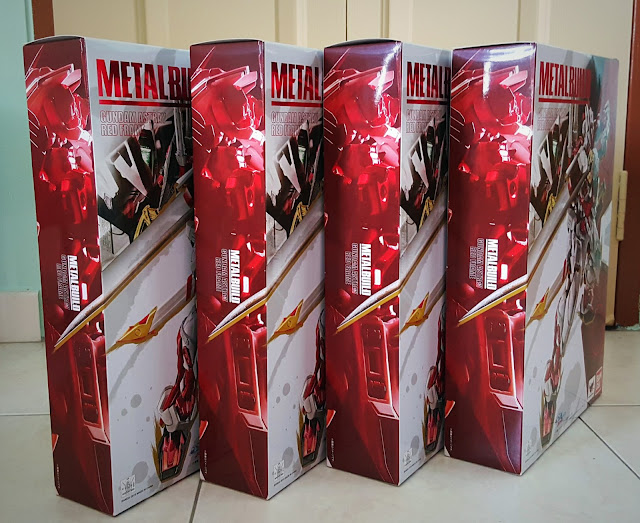 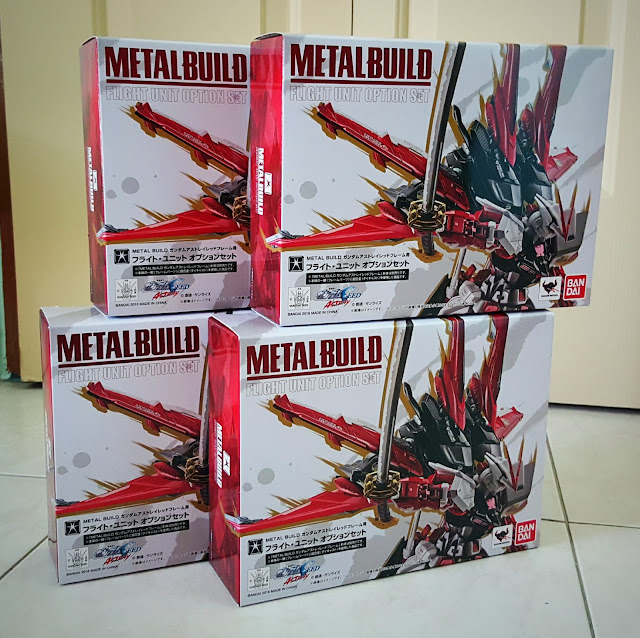 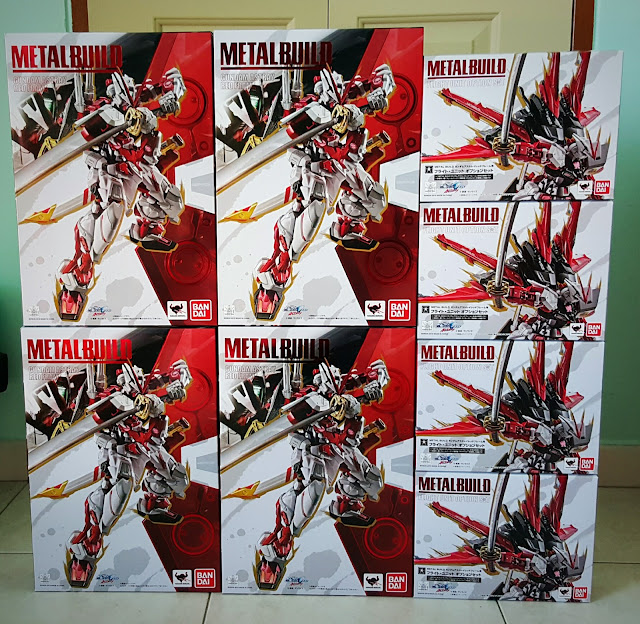 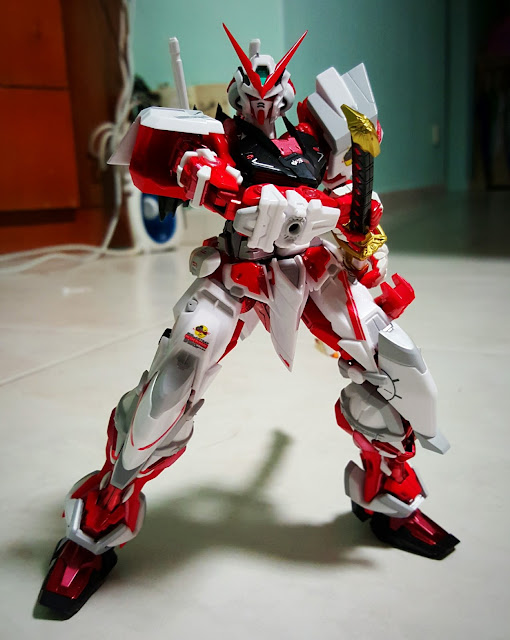 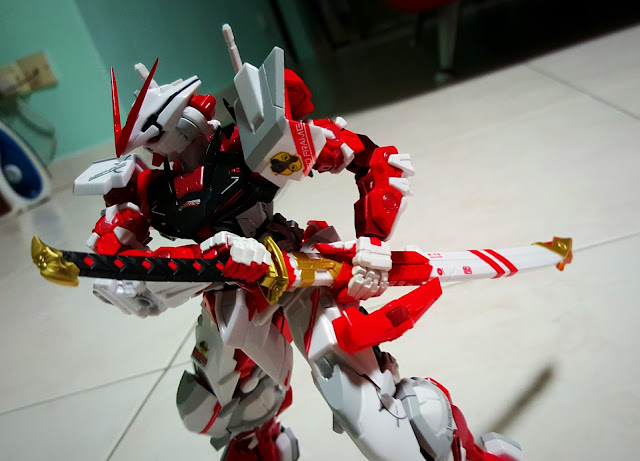 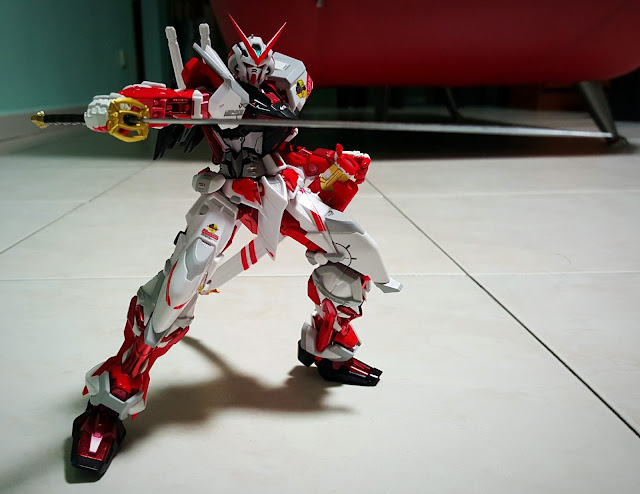 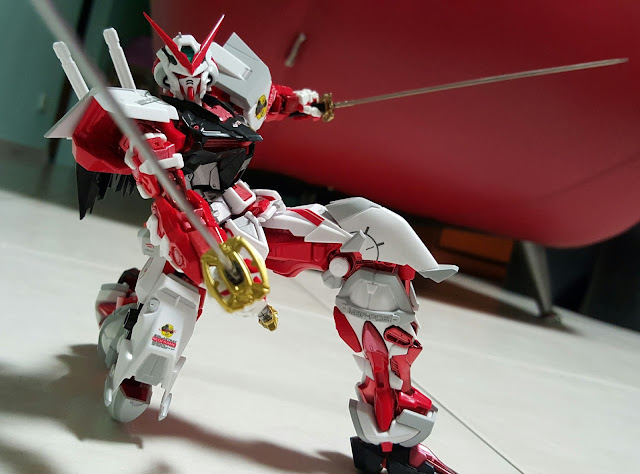 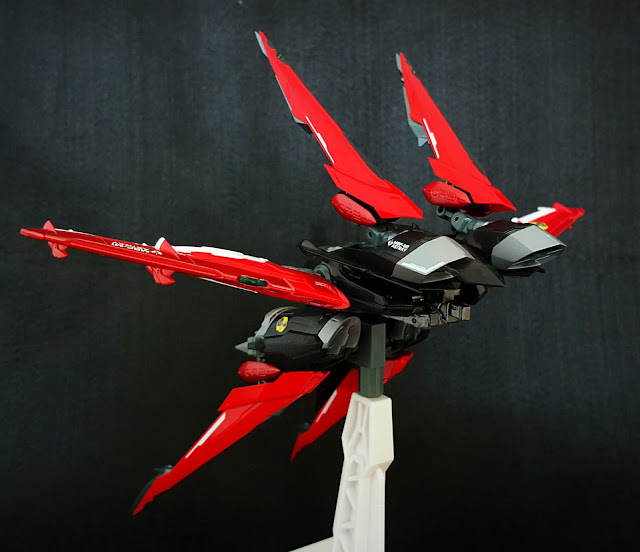 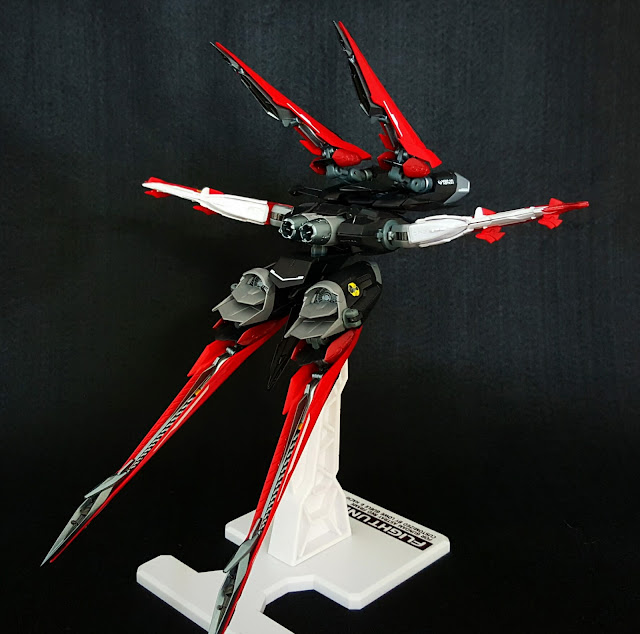 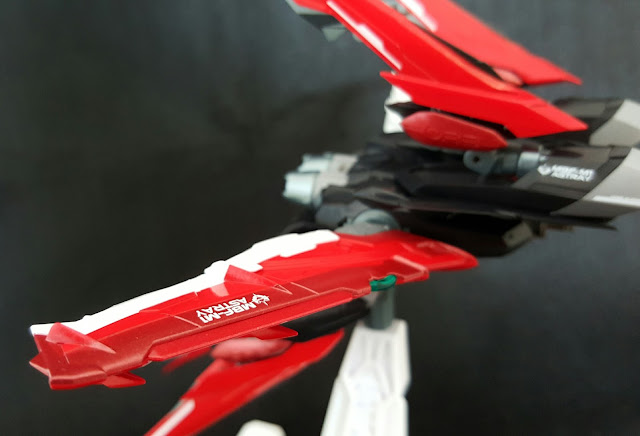 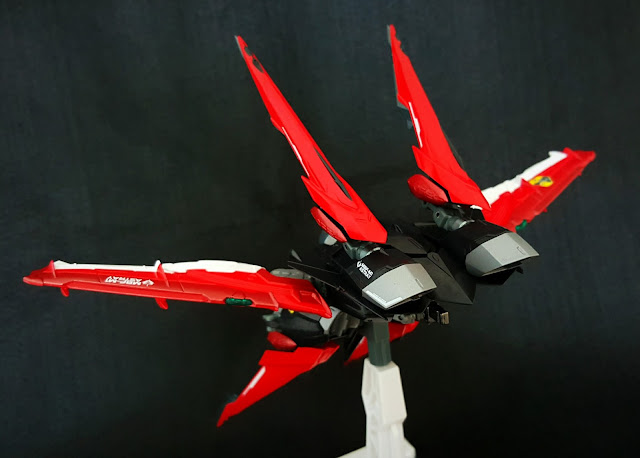 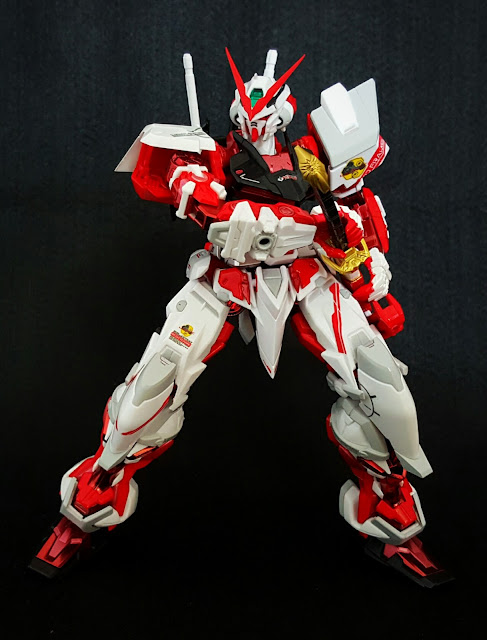 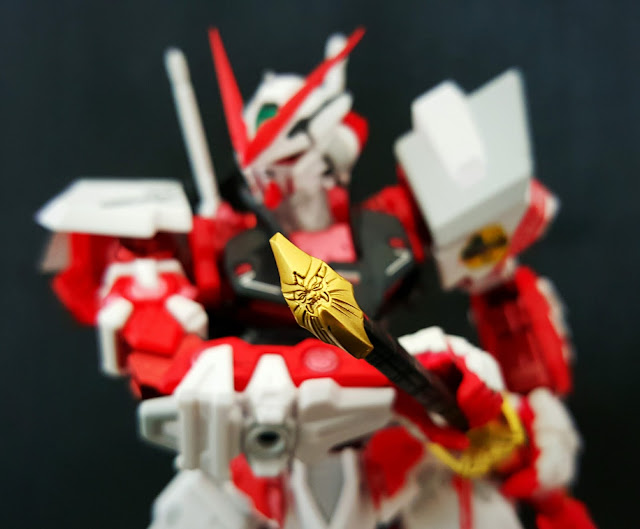 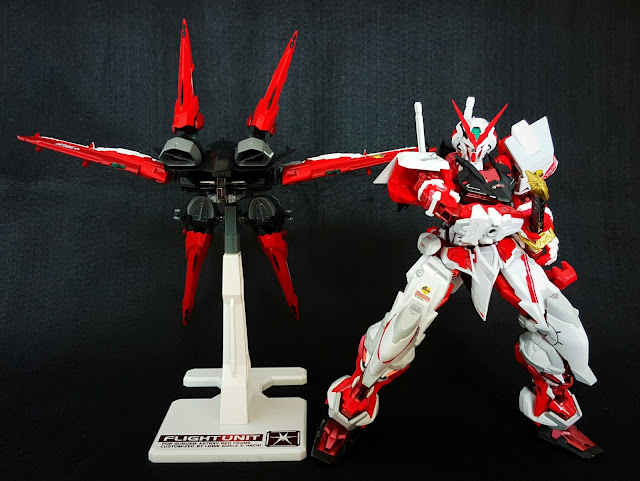 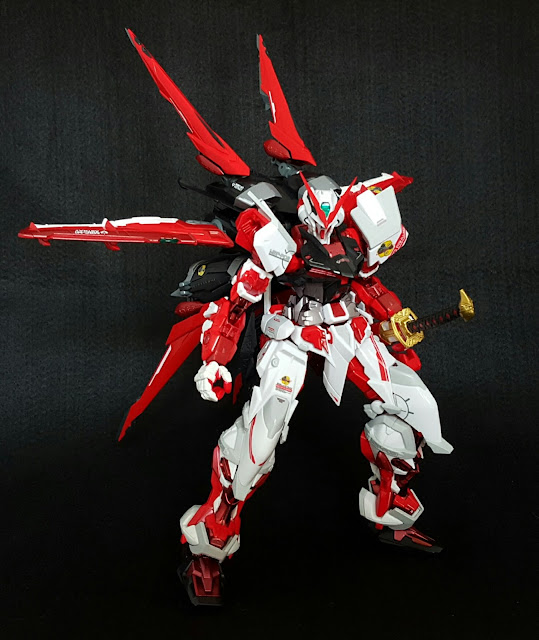 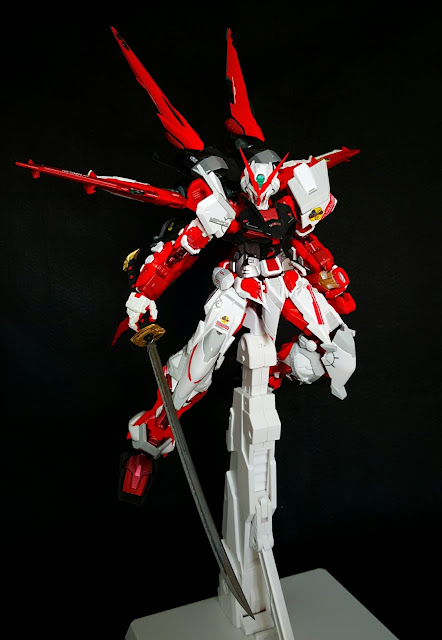 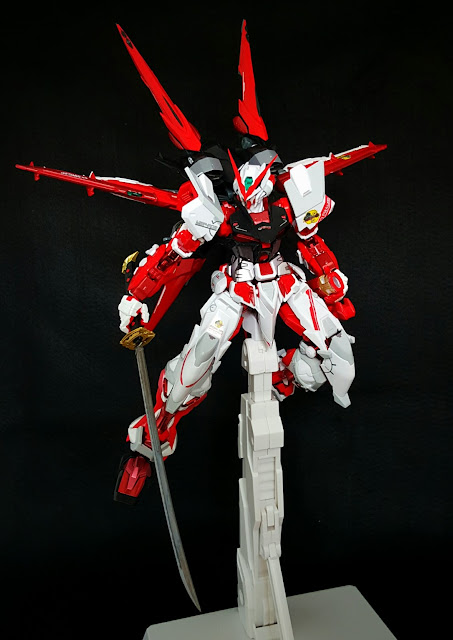 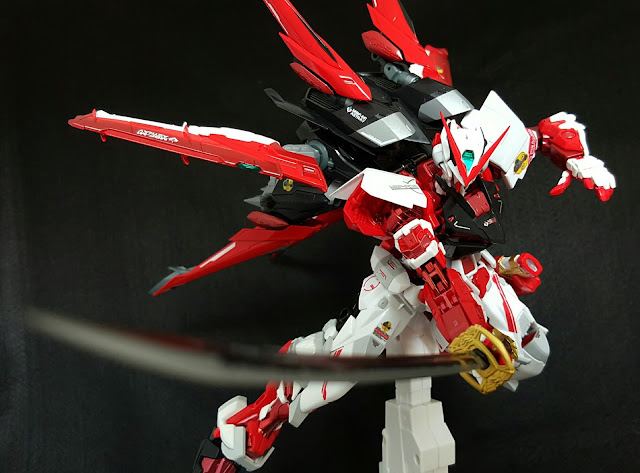 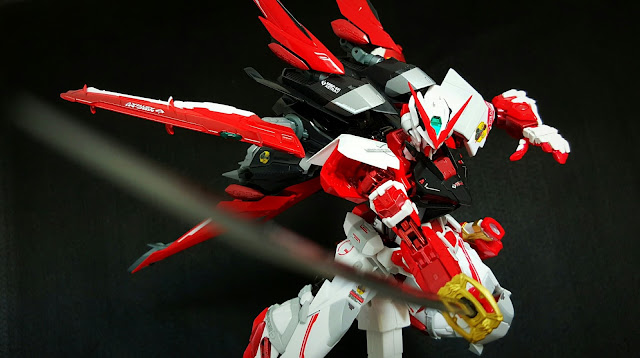 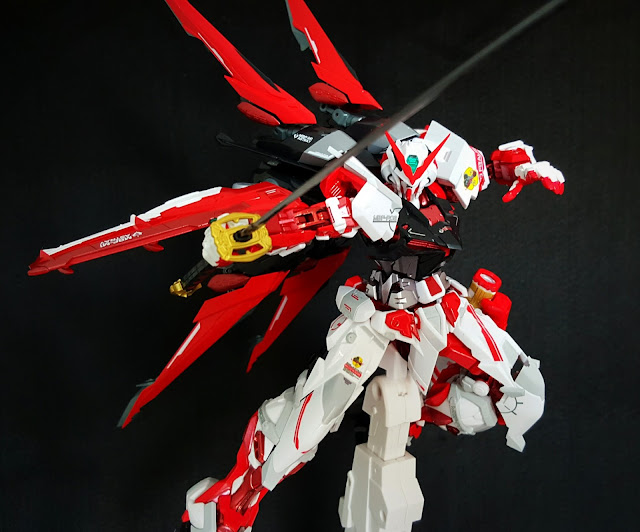 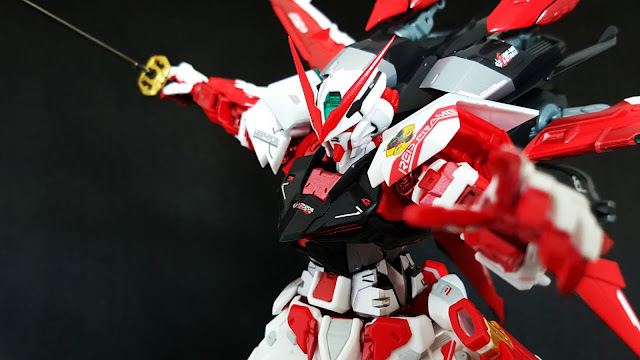 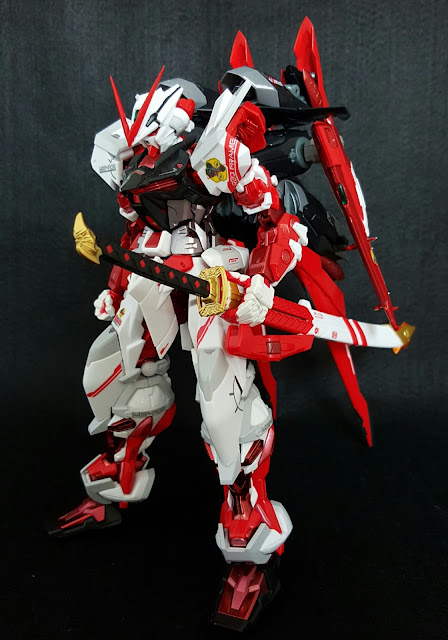 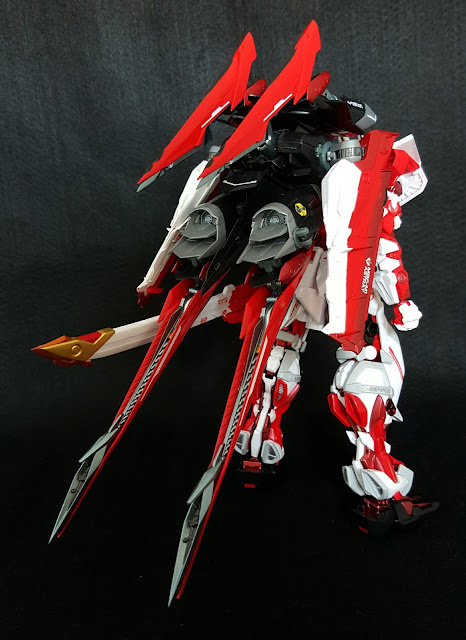 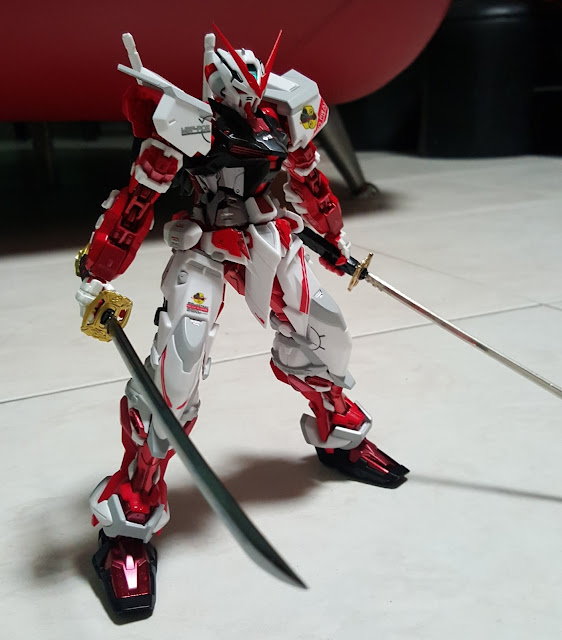 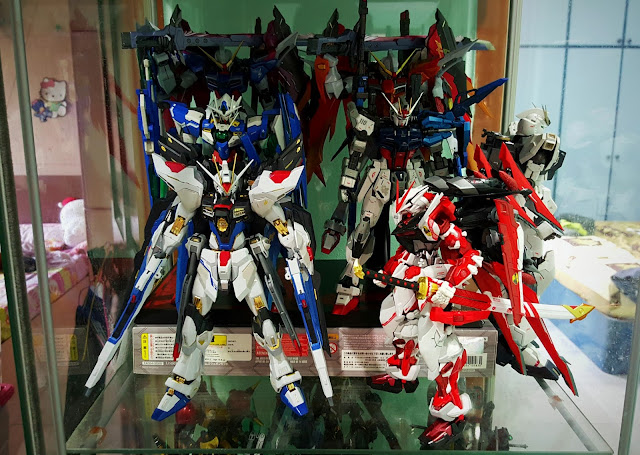