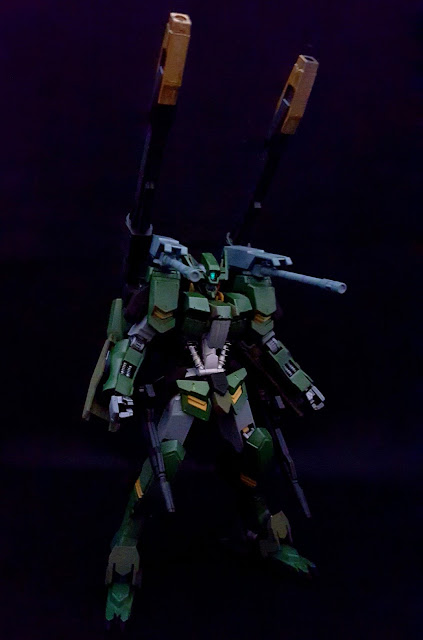 When the Flauros was first teased after being dug out from a hole on Mars, the fans of the series collectively shrieked. Finally, a new Gundam Frame was to make an appearance and it was to belong to Tekkadan (who already has two Gundam Frames in possession), so naturally there was intense speculation on who will eventually pilot this new machine. Some episodes later, the Flauros officially made its appearance in Shino's ostentatious magneta, dubbed Ryusei-Go the 4th. Yes, it was a killer intro with the firing of the Galaxy Cannon, but the transformation sequence seems shoehorned in to achieve the "Transformable MS" quota and frankly it looks weird, not to mention that such a transformation system will wreak havoc on all of the Flauros' internal systems.


Therefore, my version of the Flauros did away with the gimmicky transformation, instead relying on firepower and armor to fulfill the Flauros' role of a long range fire support unit. I found the stock optic stickers to be comically large, thus I used a pair of smaller optic stickers from a RG Exia set. I also swapped out the waist unit for one found on the first Barbatos, along with its front feet to create a more rugged, battle-ready version of the Flauros. Lastly, I got rid of the bright colours in favour of a more militaristic green!

The Flauros is still able to transform into Shelling Mode, but it looks awkward as hell and not as cool. Moreover, firing the Galaxy Cannons while standing is infinitely more badass! The Xiphias effect parts found in the P-Bandai MG 1/100 Expansion Effect Set for MG Freedom 2.0 work wonderfully on the Galaxy Cannons! 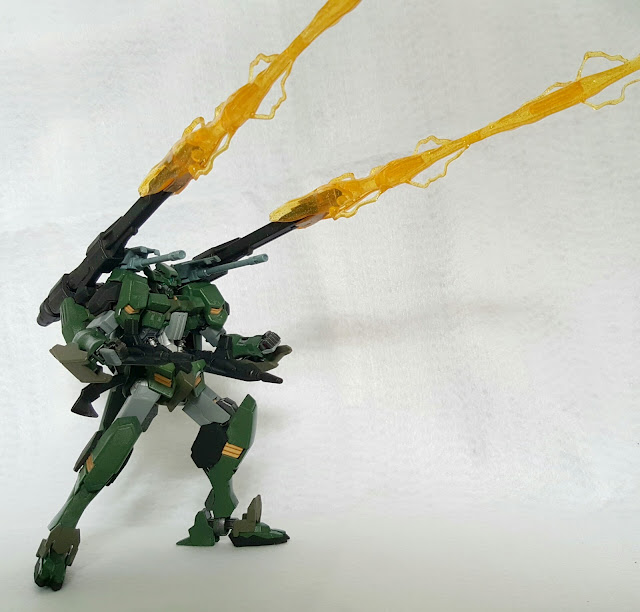 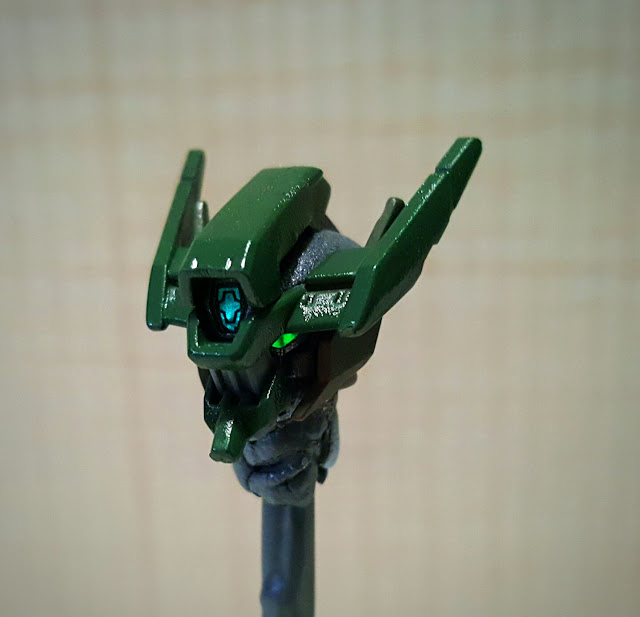 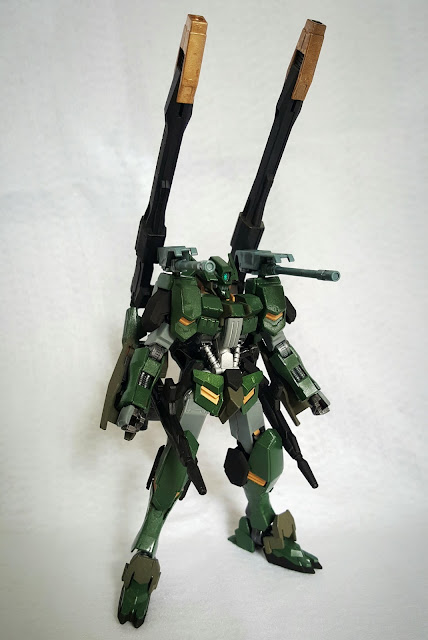 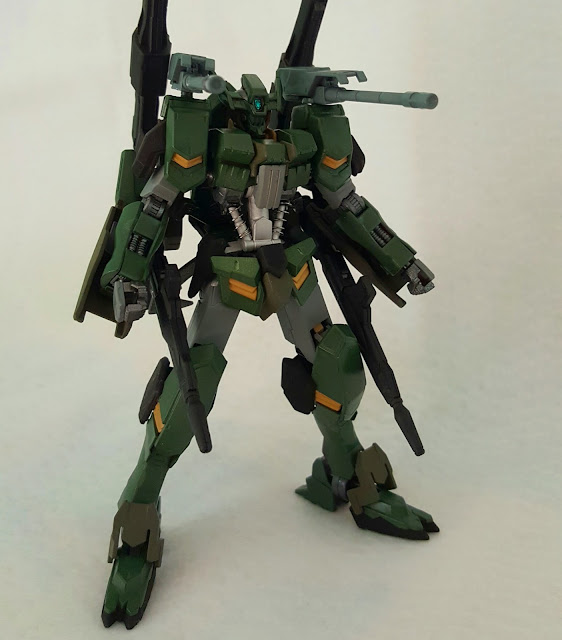 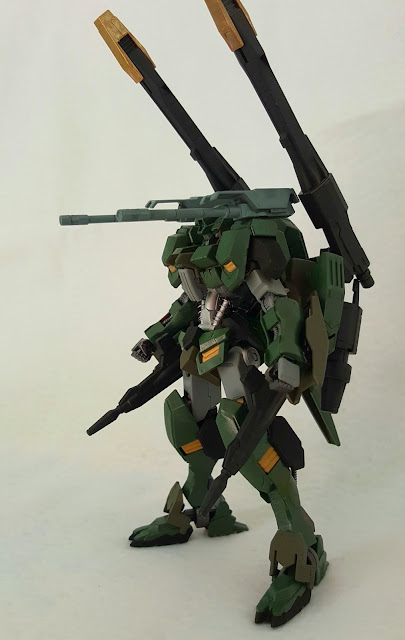 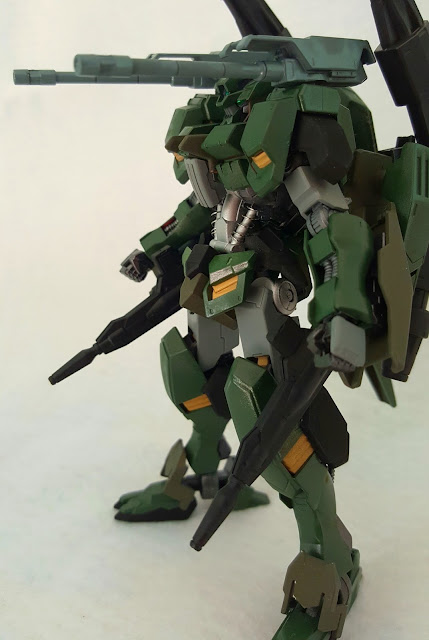 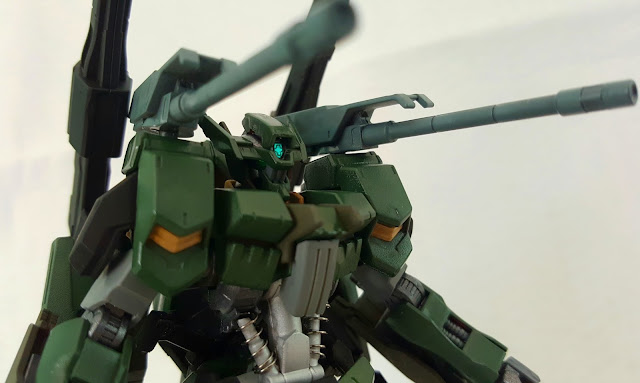 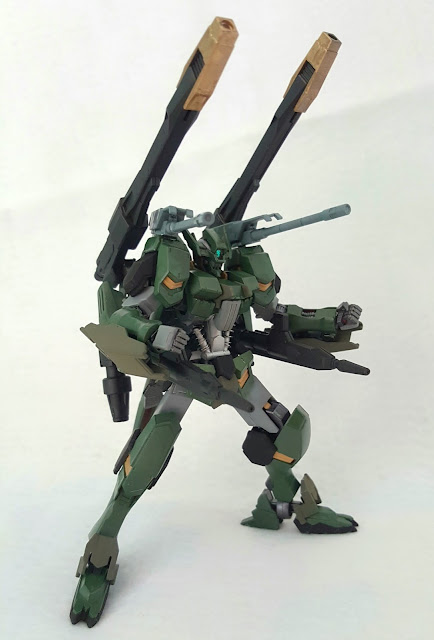 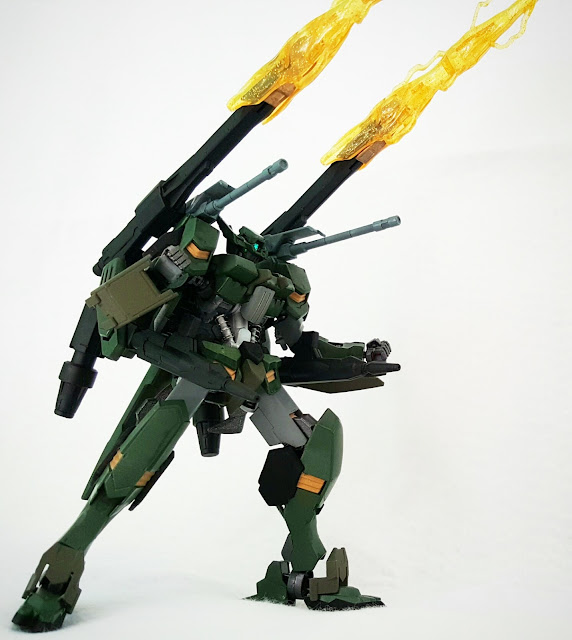 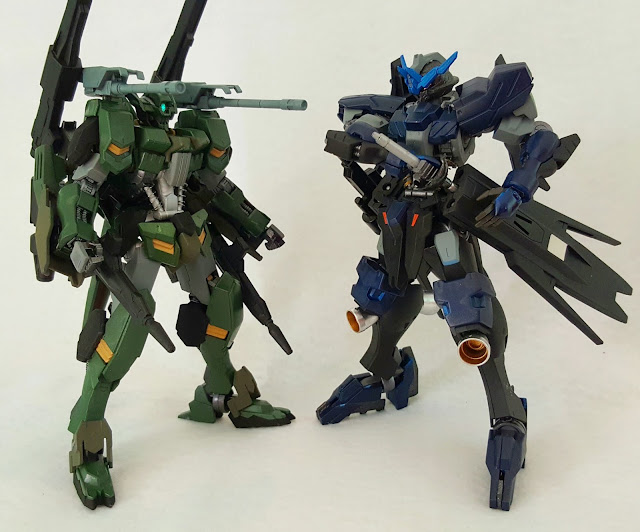 Posted by Gunplanerd at 5:56 PM