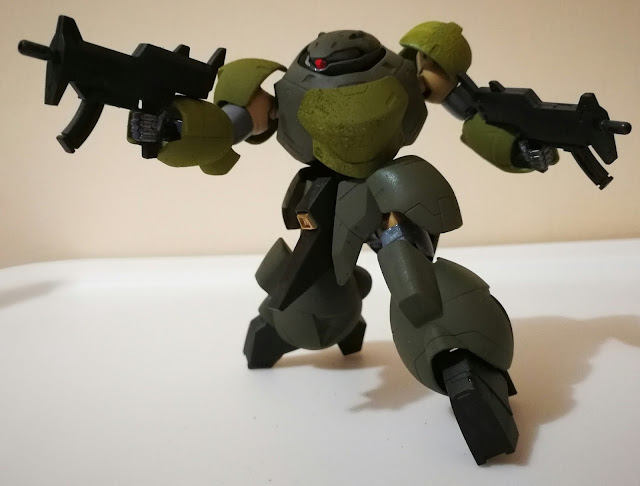 The regular Man Rodi looked odd and fairly disposable, well fulfilling its role as a grunt suit. The Landman Rodi however, gave off a more mid-tier vibe: it's still a grunt but you ain't getting rid of it that easily.
The mossy effect you see on the shoulders, arms and chestplate is unintentional: this happened when my spray can's nozzle got stuck and started sputtering paint instead of releasing it in a coherent stream. So now, I will have to do a jungle diorama of sorts, to make the best out of the situation.

But Landman Rodi legs are far superior to the Man Rodi ones. 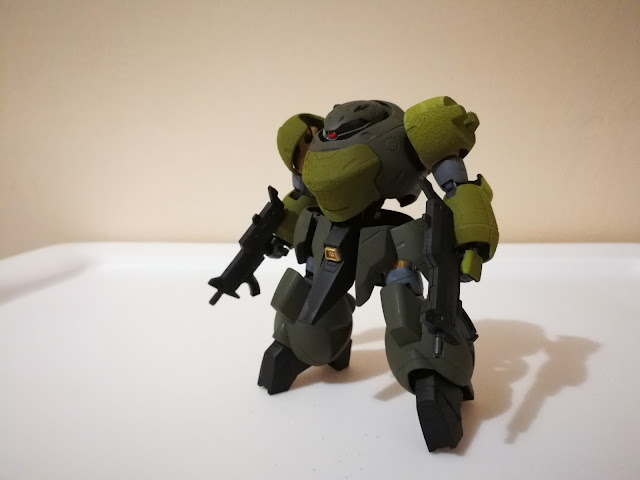 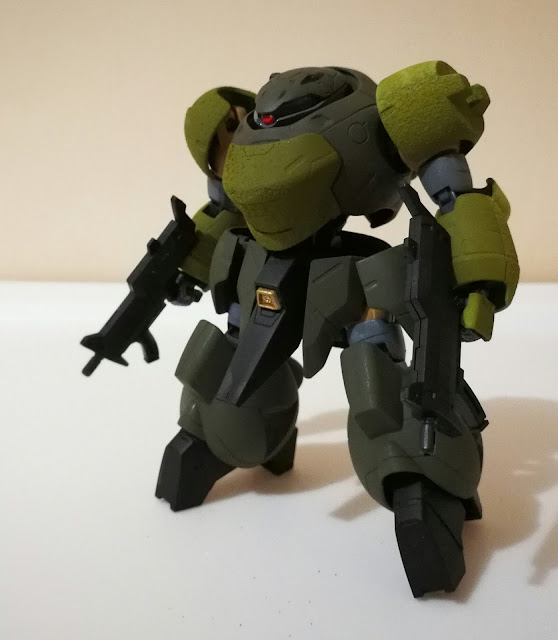 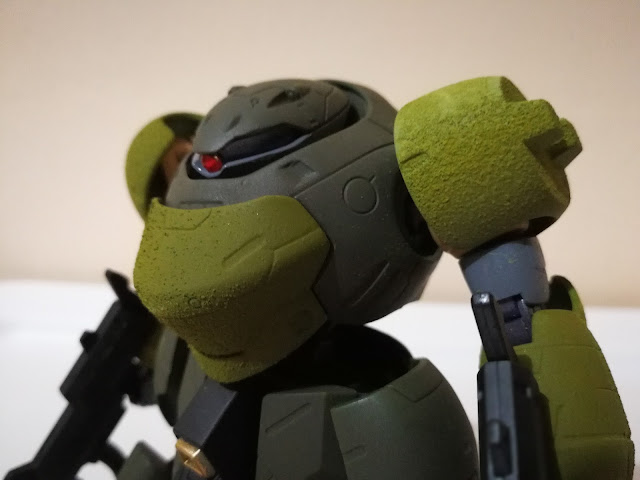 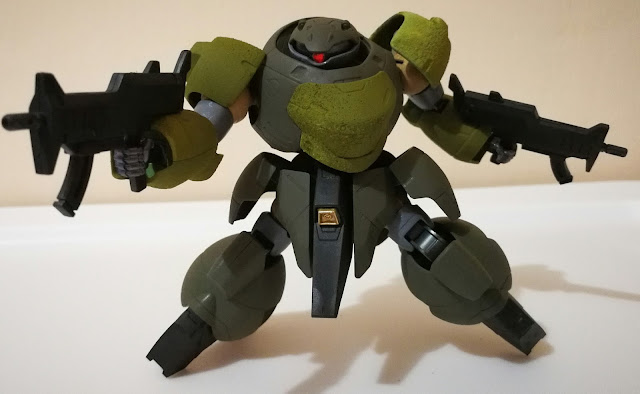 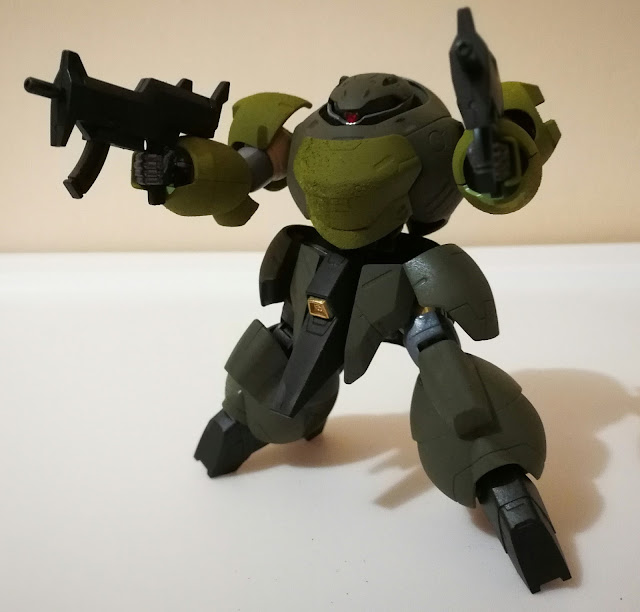 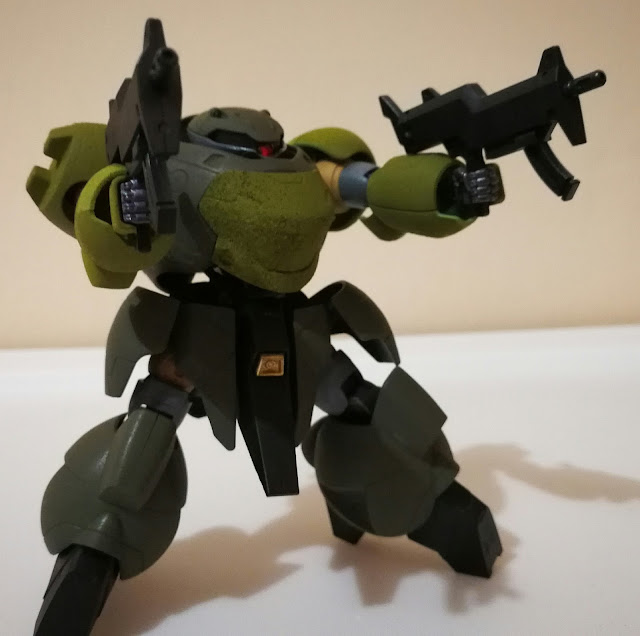 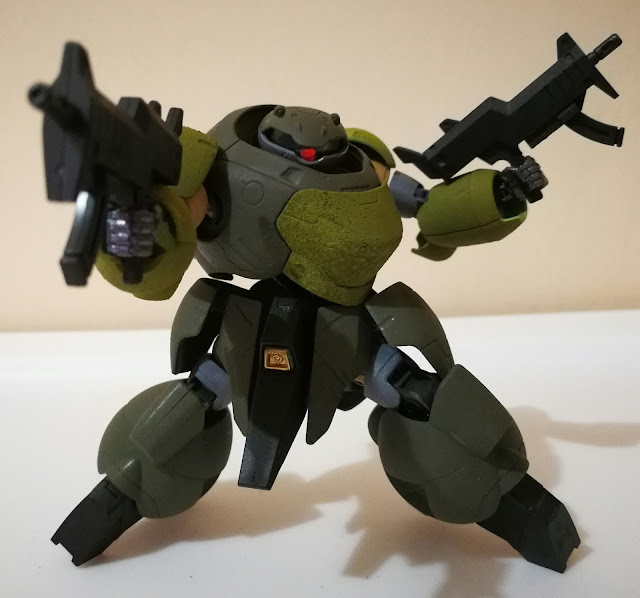 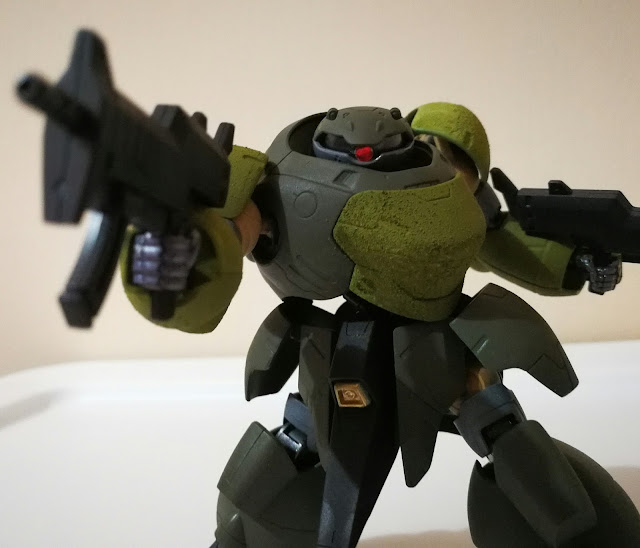 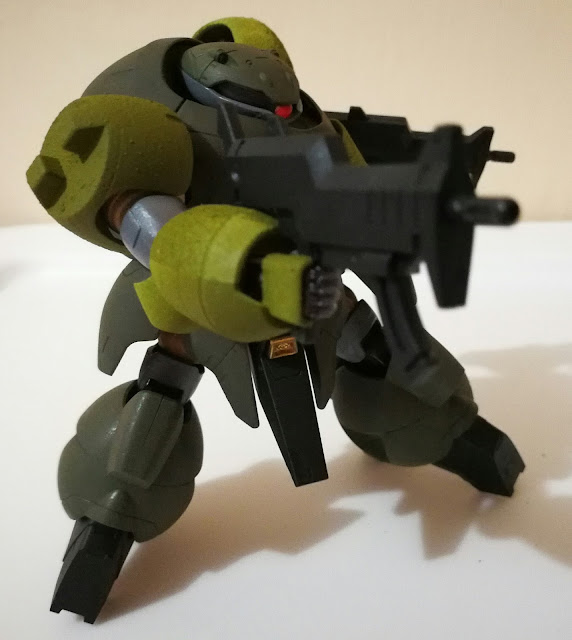 Posted by Gunplanerd at 6:14 PM