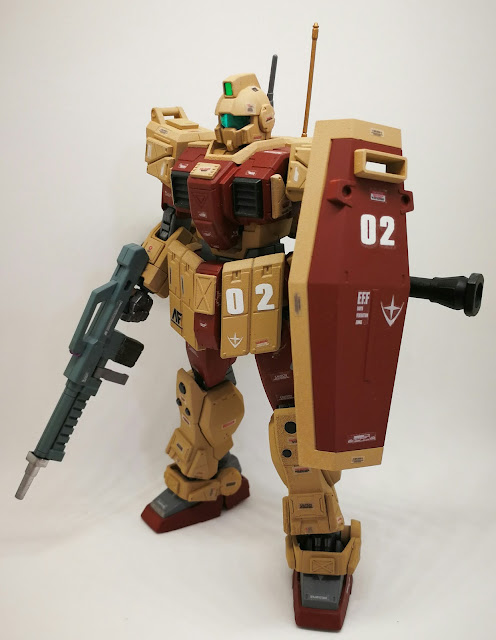 Every now and then, I get a wild but very doable idea for a Gunpla custom, and this time, it is a GM Ground Type retrofitted for urban combat. Inspired by the real-world TUSK (Tank Urban Survival Kit) that the US Army used for the venerable M1 Abrams in the Middle East, the MUSK Equipped GM Ground Type serves the same purpose: as the spearhead in a push for urban centers.


The GM Ground Type saw action during the later months of the One Year War, after the RGM-79 GM entered full-scale mass production. Differing from its standard, general-use counterpart in both armour and weaponry, the GM Ground Type supported the Federation's war effort on the ground, primarily in the rainforests of Southeast Asia and the desert sands of Odessa, deployed alongside the RX-79[G] Gundam Ground Type, Type 61 Main Battle Tanks and other terrestrial equipment.

In a broad sense, the Ground War was every bit as brutal as the conflict in orbit and within the colonies, causing massive casualties on both sides. Towards the end of war when Zeon was backed into a corner, the increasing desperate and suicidal tactics gave Federation commanders plenty to plan for but without the necessary resources to make them happen. This was especially so when the Federation tried to retake urban areas and population centers, their heavy equipment often on the receiving end of infantry-portable anti-armor ordnance. As with tanks, mobile suits were able to field massive firepower in urban engagements, but the lack of room in urban centers severely hindered mobility and made mobile suits huge targets while limiting the opportunities for a counterattack. Federation commanders lost many mobile suits to Zeon guerrilla tactics in urban centers, but lacked the necessary resources to develop an effective countermeasure.

This situation turned around when Federation Ground Commanders received some parts for testing from an ongoing top secret project in the Arctic. In reality, the parts were components that eventually formed the Chobham Armour of the Gundam NT-1 "Alex". As an early design of the armour, Federation engineers wished to see the effectiveness of such an armour application, whether it was sufficient to improve the durability of mobile suits in the field. Although the components received could not build a full suit of armour as multiple copies of the same type were given, Federation Ground Commanders managed to repurpose the reactive armour plates into a piecemeal, stopgap measure eventually termed as the Mobilesuit Urban Survival Kit, equipped on certain units of GM Ground Types.

What was essentially an up-armoured GM Ground Type, the MUSK dramatically increased the survival rate of these GMs in ground engagements. With the heaviest concentration of armour placed on the waist, ankles and shoulders, the ceramic-composite reactive plating was very effective in deflecting shaped charges as well as armour-penetrating sabot rounds, causing a great deal of alarm in Zeon guerrilla forces. In fact, there have been reports of Zeon anti-tank missiles just bouncing off the armour of a MUSK equipped GM, giving the mobile suit the chance to bring its own weapons to bear on the hapless attackers.

However, the armour was far from invincible. Upon repeated hits, the armour would buckle and eventually fall away, revealing the battered stock armour plating of the GM which was susceptible to Zeon fire. Certain elite Zeon infantry units were also known to aim for and fire their rounds at the joint servos of mobile suits located behind the side skirt armour, bypassing the Chobham armour plating completely and crippling the GM with a single well-placed strike. The armour also increasing the tonnage of the GM, bringing down its total output as well as mobility, therefore limiting their assignment only to mid-line field commanders. 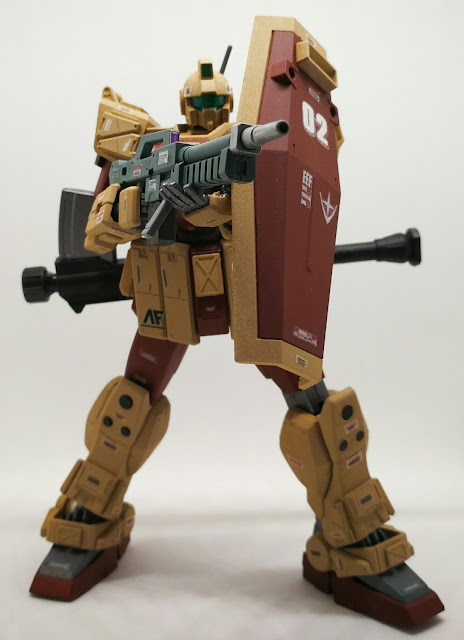 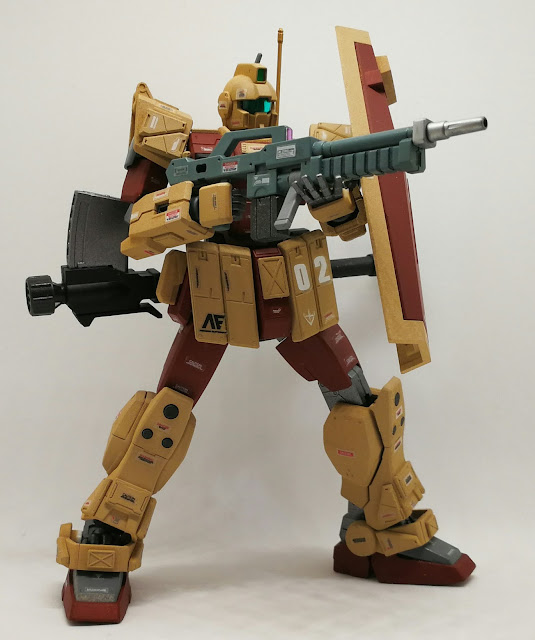 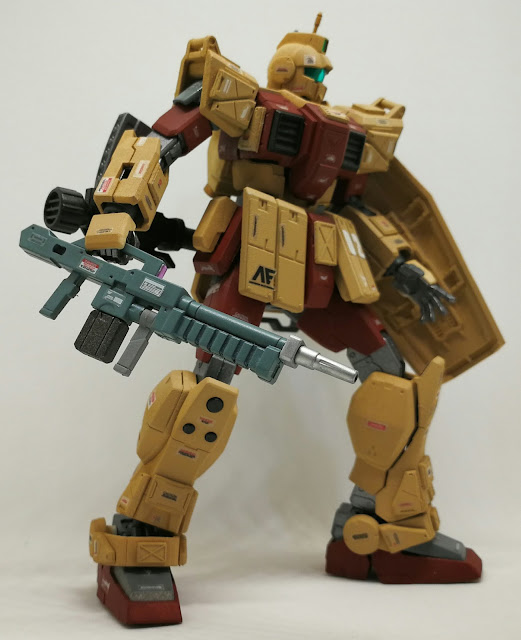 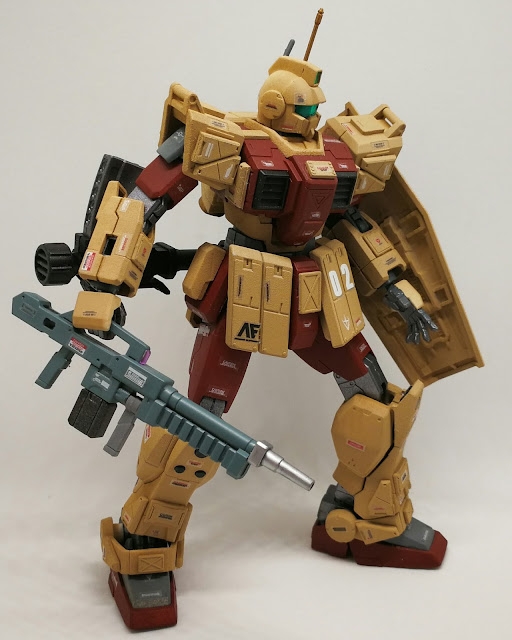 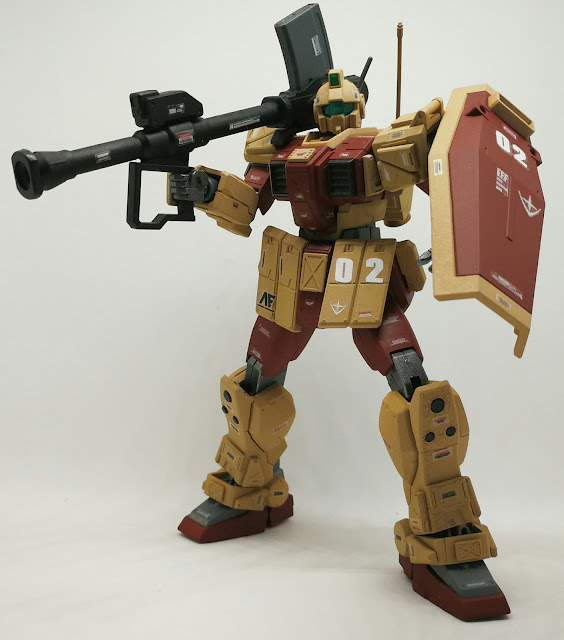 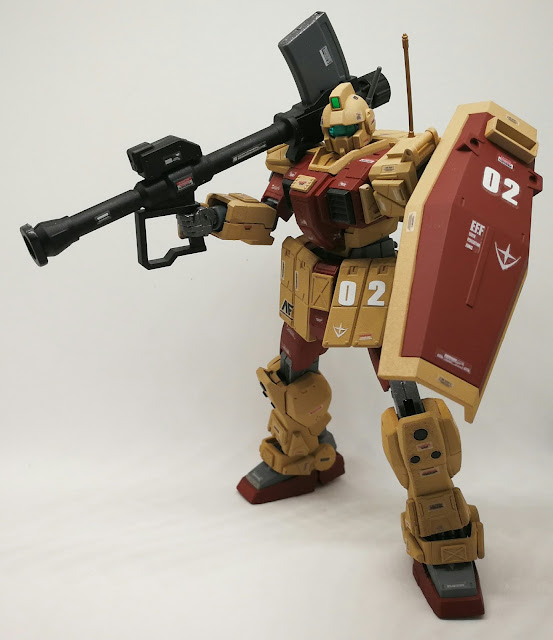 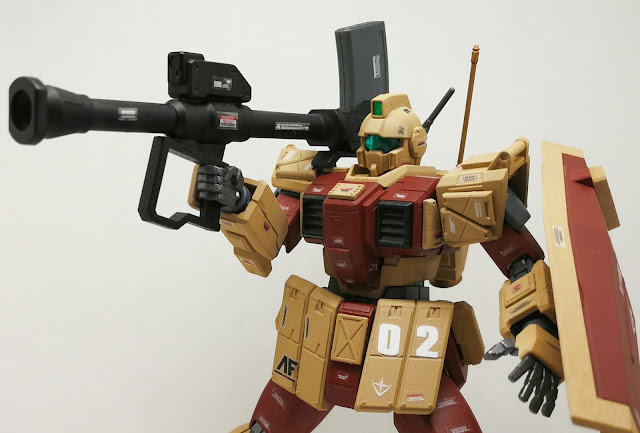 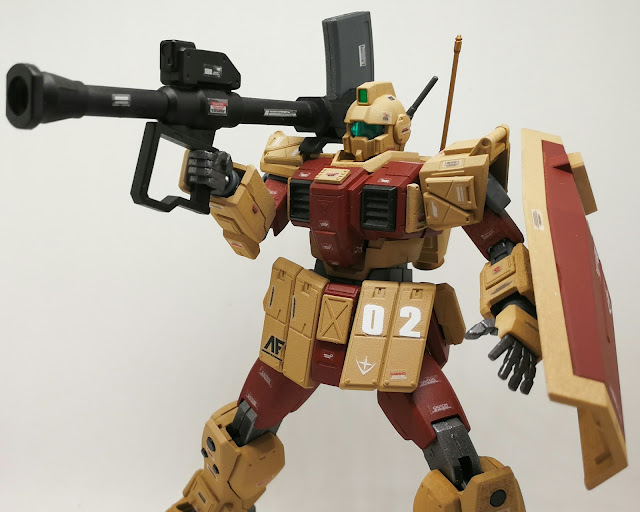 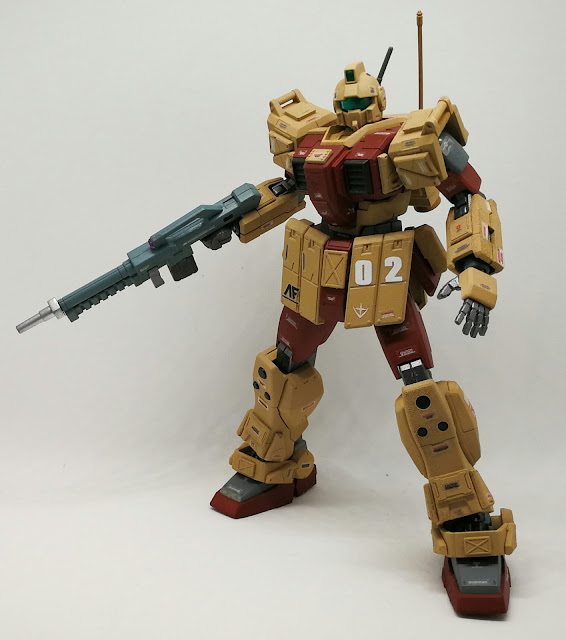 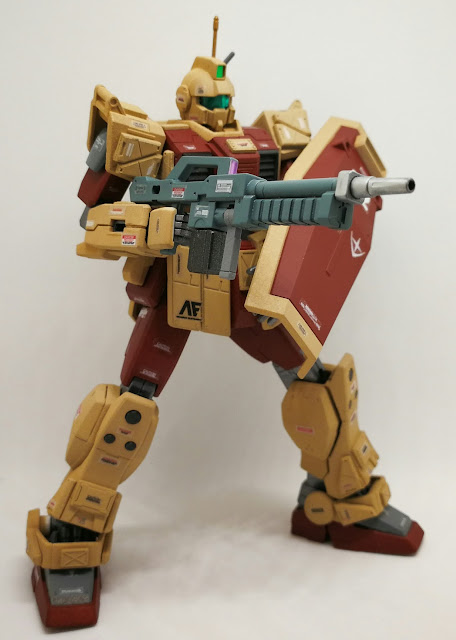 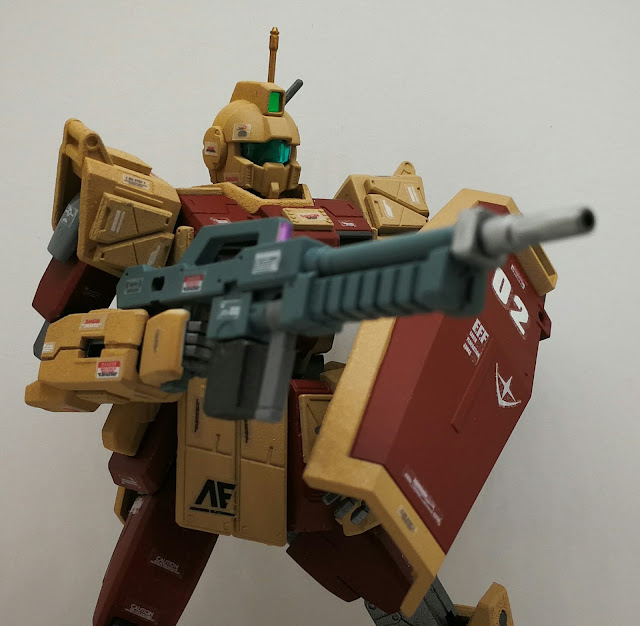 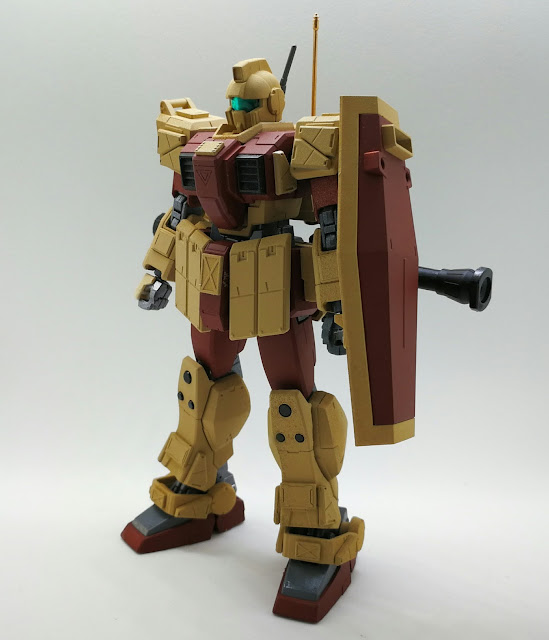 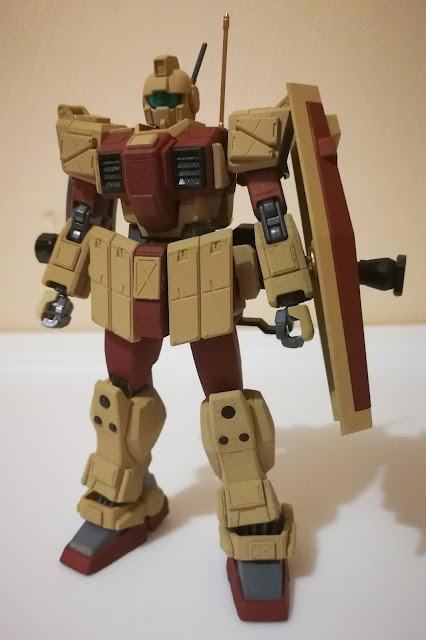 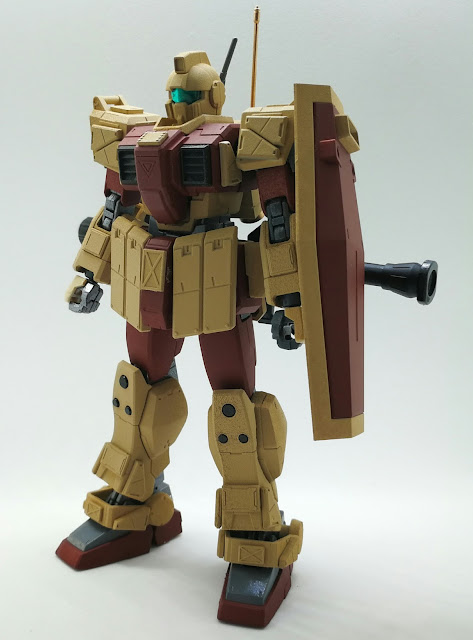 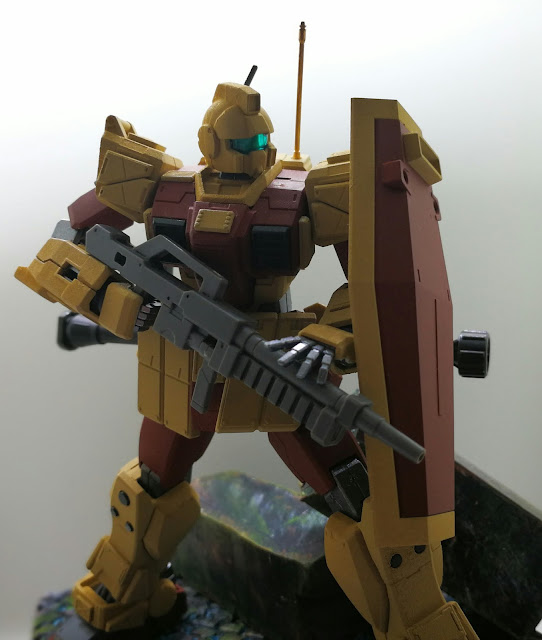 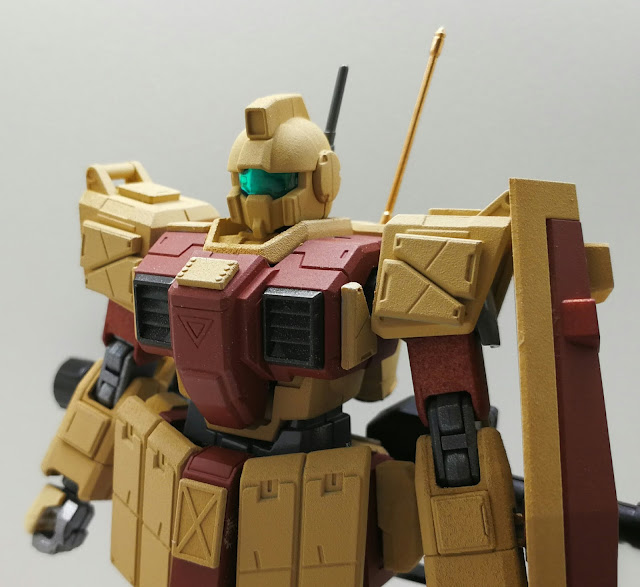 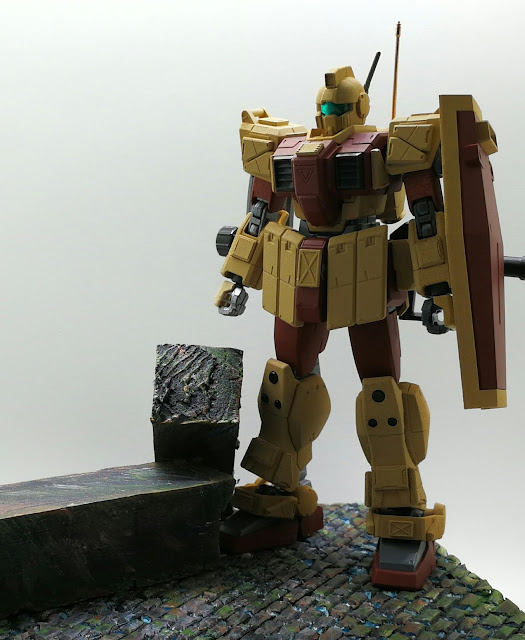 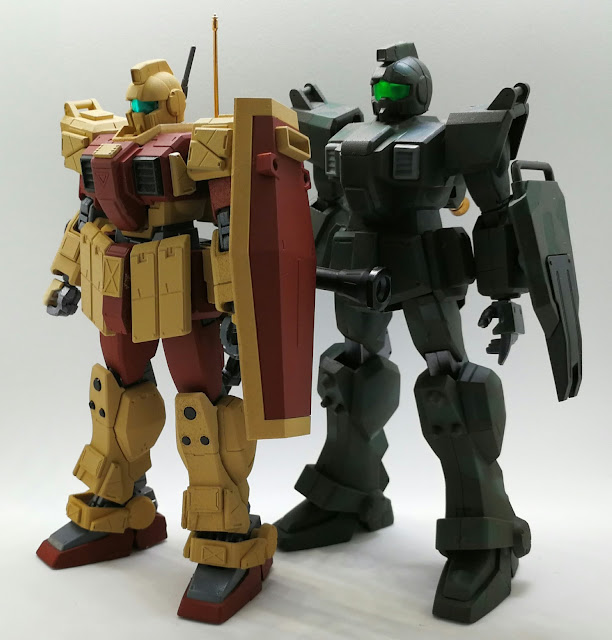 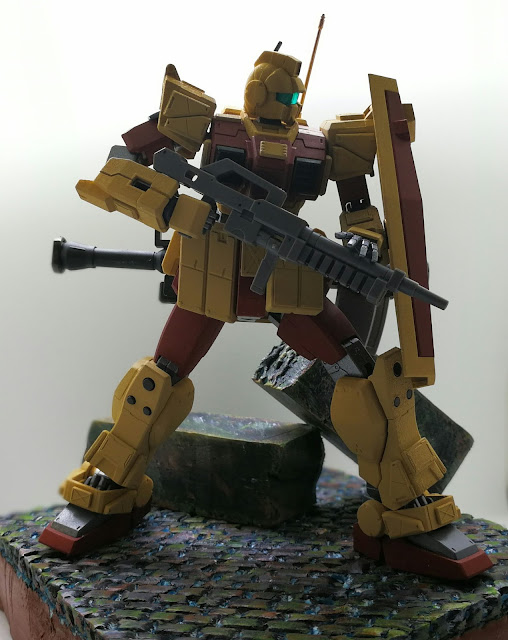 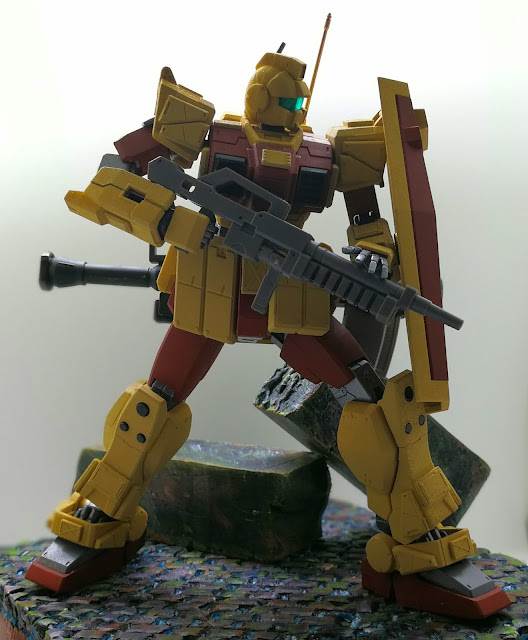 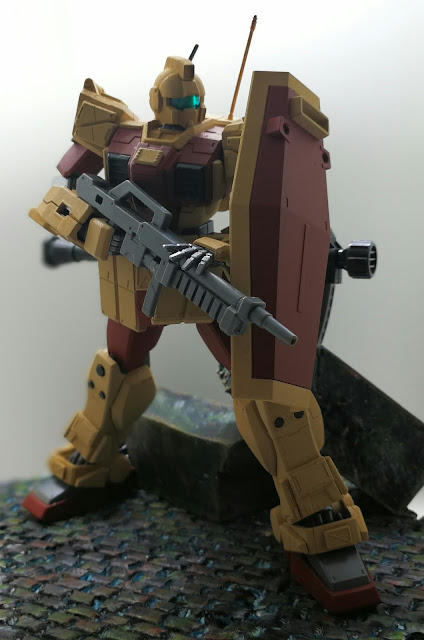 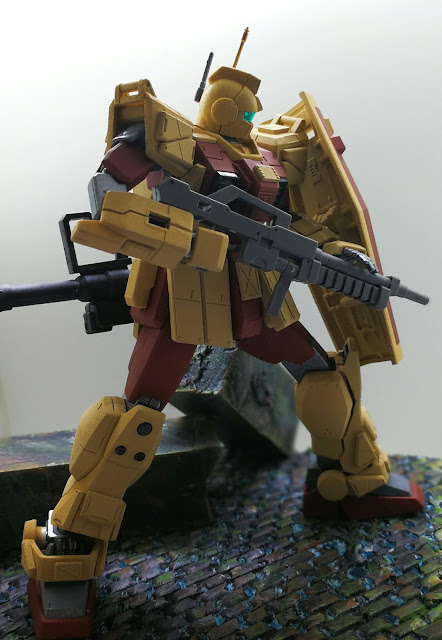 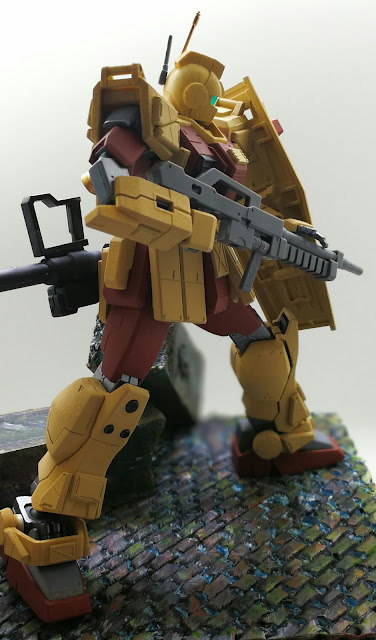