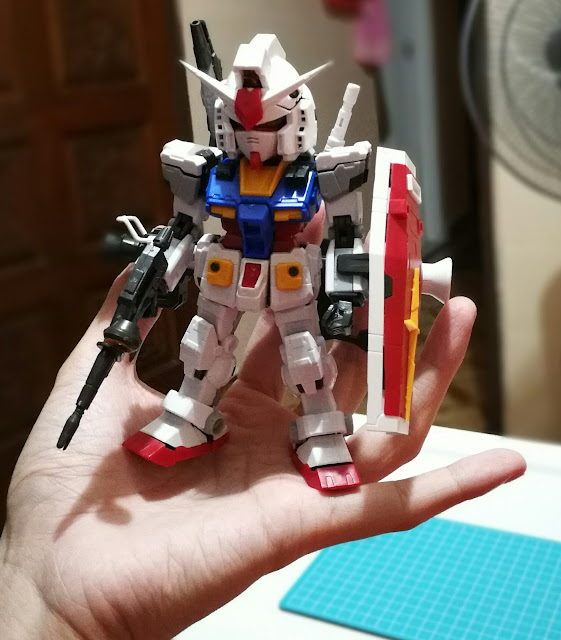 A SD kit with a MG inner frame? Wow.

When I first saw news on this new product offering from yet another Chinese manufacturer, I was pretty intrigued, to say the least. A RX-78-2 model kit with Ver. 3.0 detailing housing in a pseudo-SD scale unit with a working inner frame? It has to be either the best idea in recent years or an engineering nightmare.

After building this baby, I can safely say that it's a bit of both.

For a SD kit, the part count far exceeds any contemporary SD, surpasses most HG kits and puts some MG kits to shame. For the most part, you get two of almost every weapon bundled, with the exception of the Beam Javelin which comes with only one set of beam parts. That means that you get two Beam Rifles, two Shoulder Cannons, two Hyper Bazookas, two Beam Sabers (with four beams), two Beam Javelins (one beam effect only) and strangely one Prototype Beam Rifle. The runners containing these parts make up more than half the total number of runners in the kit, with the armour and frame parts rounding up the rest.

From start to finish (main body plus weapons accessories), this kit took about 9 hours to complete. More than half of this time was spent trying to get parts to fit. This is not your usual Bandai snap-fit walk-in-the-park: this kit will mug you in a dark alley with a hobby knife and steal your life savings.

If you ever tried building a RG 1/144 model kit, you will find that some of the parts are so tiny that they don't seem to be able to fit as intended. The SDMG RX-78-2 model kit expands on this idea and includes moving pieces into the inner frame, like you would find on MG model kits. Granted, it makes the finished product look awesome and all, but it really is just a bitch to build, especially when parts don't go together as easily as described on the manual. Be prepared to cut, file, sand, nip, cement and glue parts together in order to make them fit, and accept the fact that some parts will never, ever fit without modification.

Once everything is on, you will find that the whole thing feels very fragile and rickety, as if it will fall apart at any moment. This is true in some areas as the parts don't sit very well with each other owing to many number of reasons. Articulation is actually pretty decent but you wouldn't want to risk breaking stuff by making the kit do anything apart from standing still, which admittedly looks great.

One of the pluses of this kit is the engineering of the weapons. The Beam Rifles are beautifully crafted with a generous amount of parts which makes painting easier. In terms of scale, they wouldn't look out of place on HG 1/144 scale model kits, but they might come across as a little "fat". However, the scene-stealers have to be the massive Beam Javelin as well as the designed Shoulder Cannons, the latter sporting a sleek, smooth design with good colour separation and clear parts. The weapons actually look really nice after simple painting (see Gallery).

The SDMG is also packaged with a terrific amount of goodies: from a clear action base to thruster effect parts for every single thruster you can find. The set also contains a good number of interchangeable hand parts for every function including closed fists, saber hands, trigger hands, stabbing hands and open palms.

All in all, this offering from Suntoys will look great on a shelf, but be prepared to subject your fingertips to much pain and trauma. There is also a limited edition first release black-red version of this kit if that's more your thing. 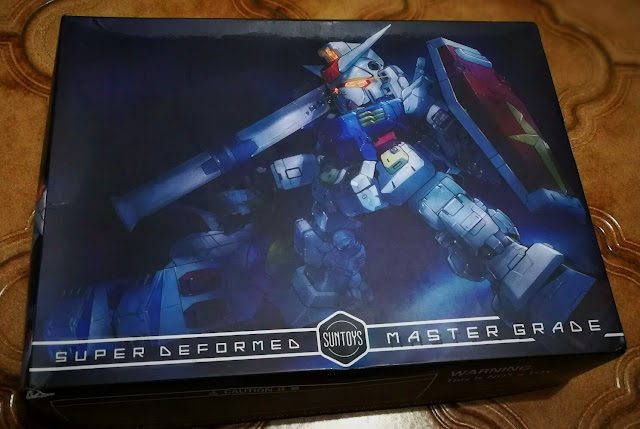 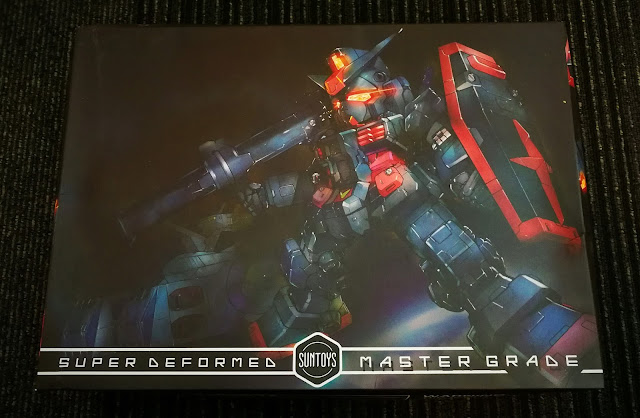 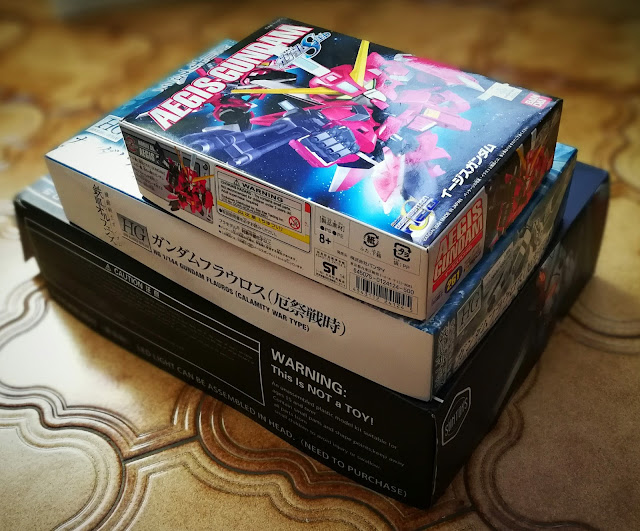 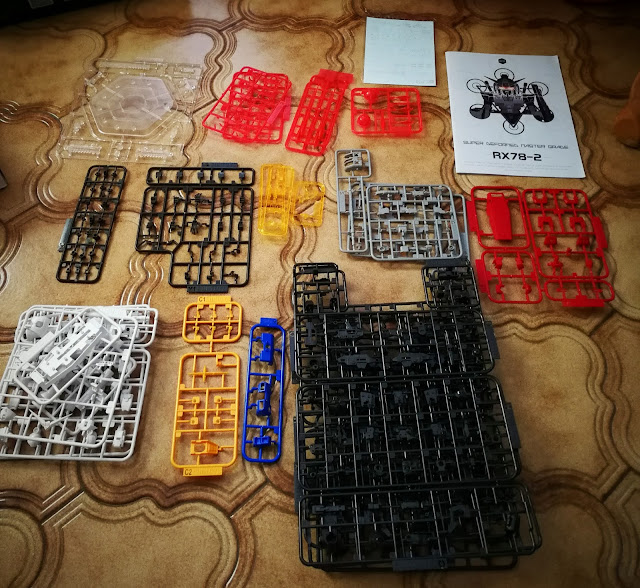 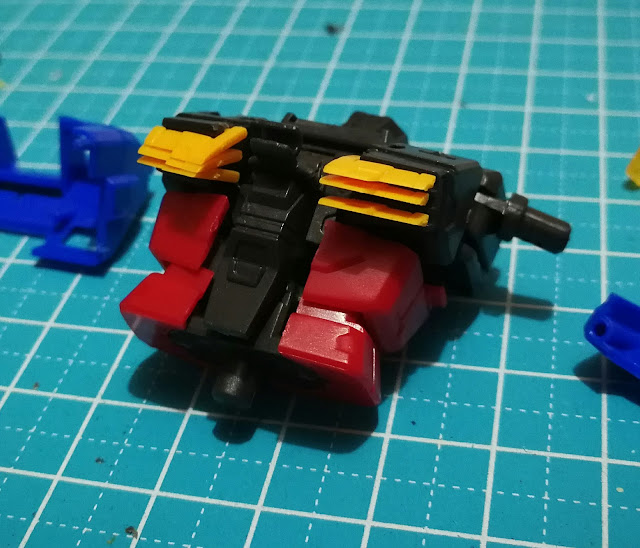 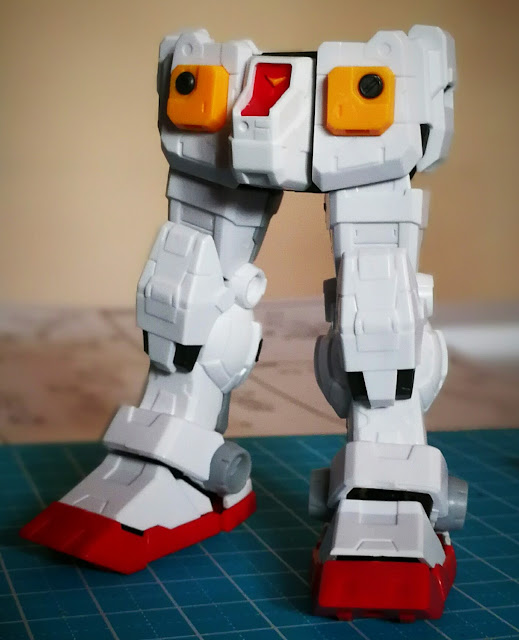 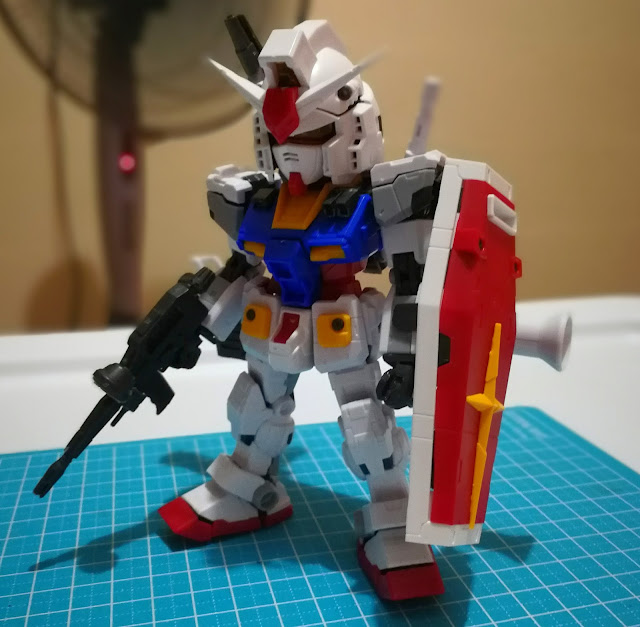 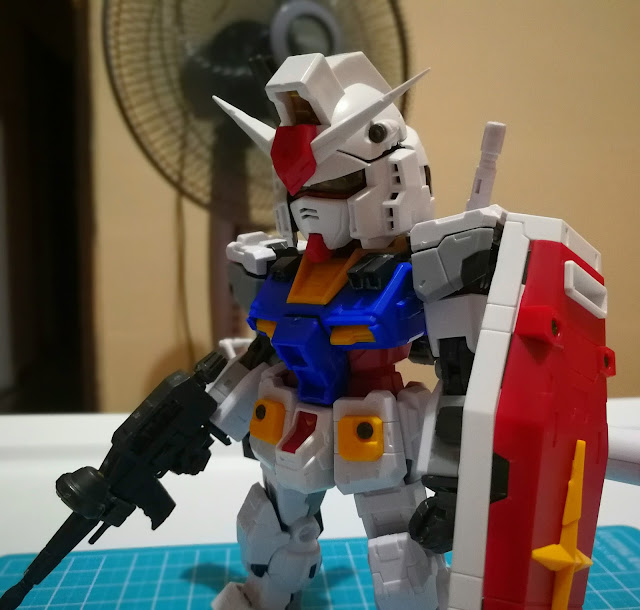 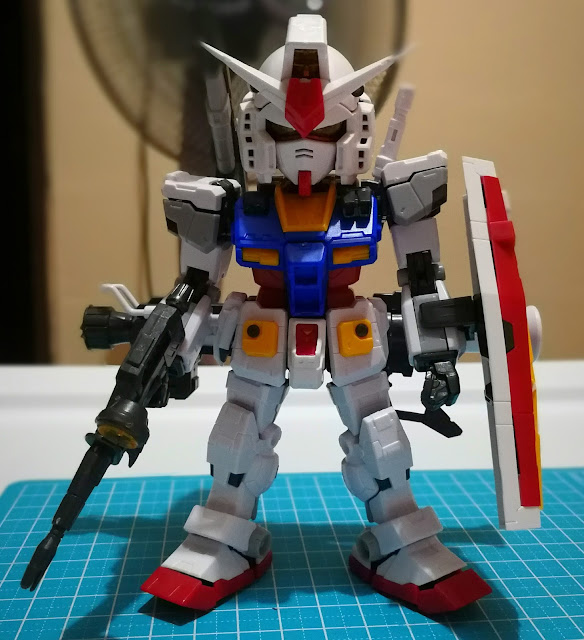 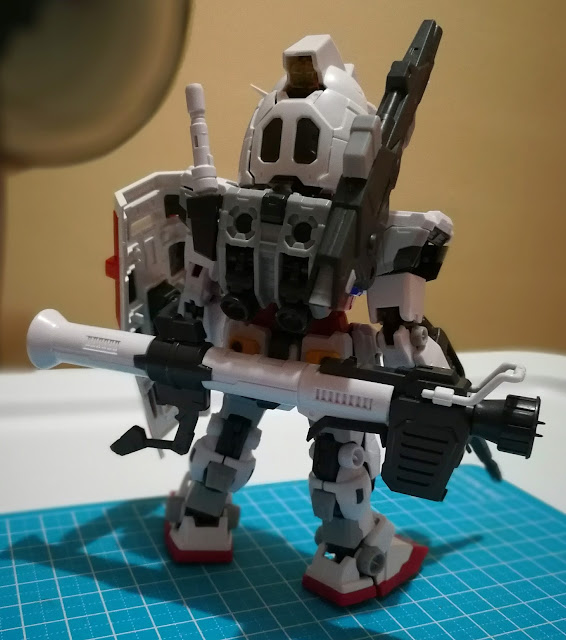 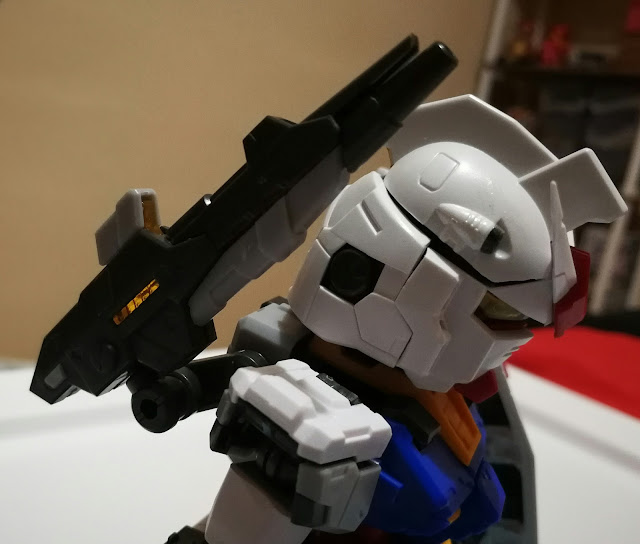 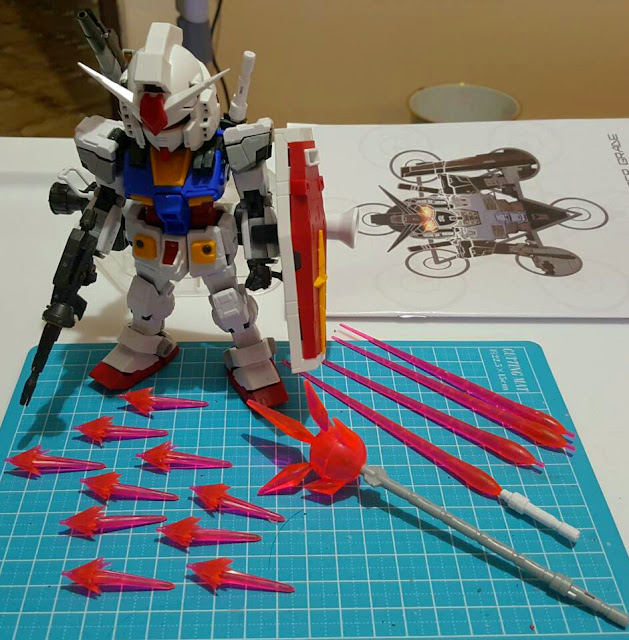 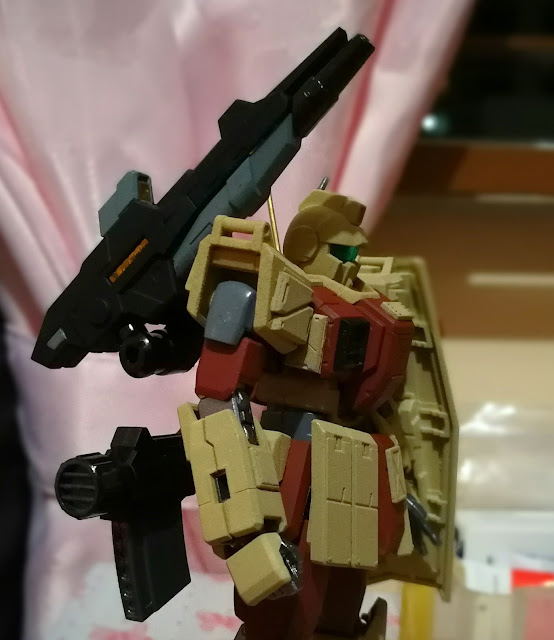