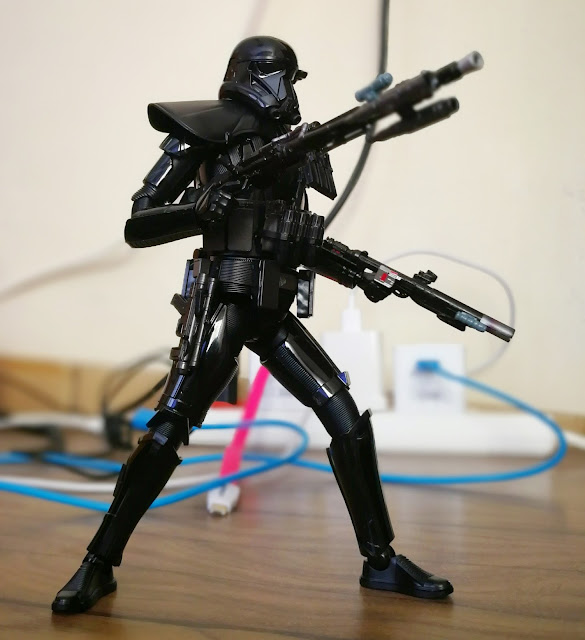 Easily the most badass iteration of the Stormtrooper put to screen, the Death Trooper shocked and awed when it appeared during the opening sequence of Rogue One, as well as during the climatic Battle of Scarif.


Essentially a souped-up Stormtrooper, Death Troopers are the personal bodyguards of Director Orson Krennic in Rogue One, although they do serve as protection detail for other Imperial head honchos as well. Sporting shiny black armour with an assortment of weapons, Death Troopers are not your run-of-the-mill Imperial cannon fodder, but force multipliers on any battlefield, especially evident during Scarif as Krennic's personal squad of Death Troopers singlehandedly turned the tide of battle against the Rebels until the intervention of the protagonists.

The Bandai model kit rendition of the Death Trooper builds upon the established Stormtrooper design and template, adding subtle modifications to the armour and underlayer. If you have built one of the many Stormtrooper variants before, the Death Trooper shouldn't be of any surprise, but care would have to be taken when arraying the plethora of gear the Trooper can carry.

The Death Trooper comes with a generous amount of weapons, including the SE-14r light repeating blaster that can be clipped onto the right thigh via an ingeniously simple mechanism, a modified DLT-19 heavy blaster rifle that has more attachments over the regular version, the gorgeous E-11D blaster rifle as well as a trio of thermal detonators attached to its chest rig.

Although the Death Trooper was pretty badass in Rogue One, it would have been even more fearsome, considering the amount of heat packed by any single Death Trooper. 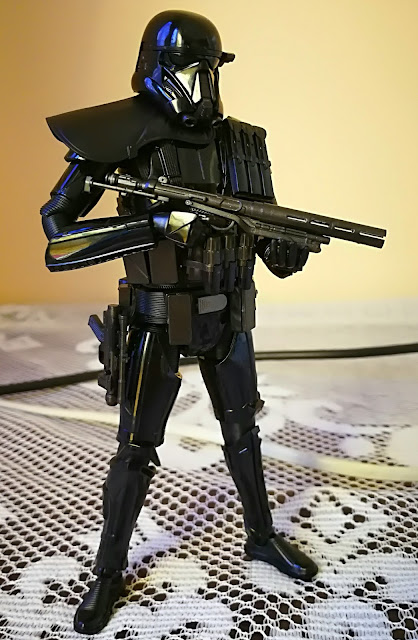 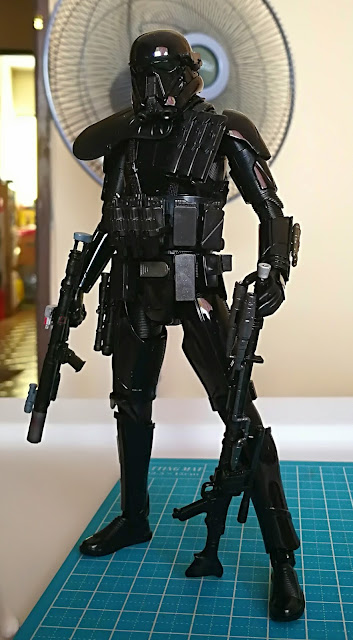 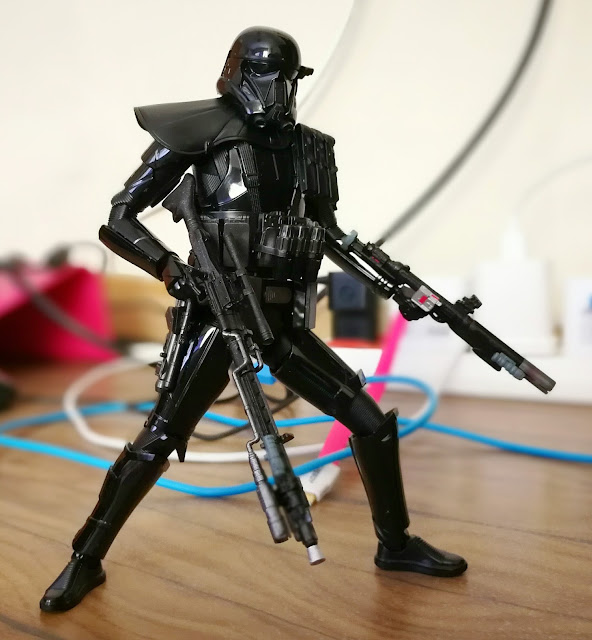 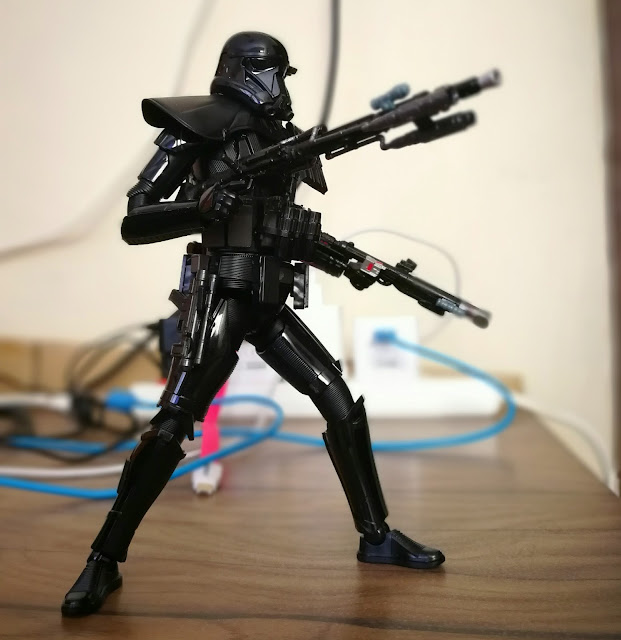 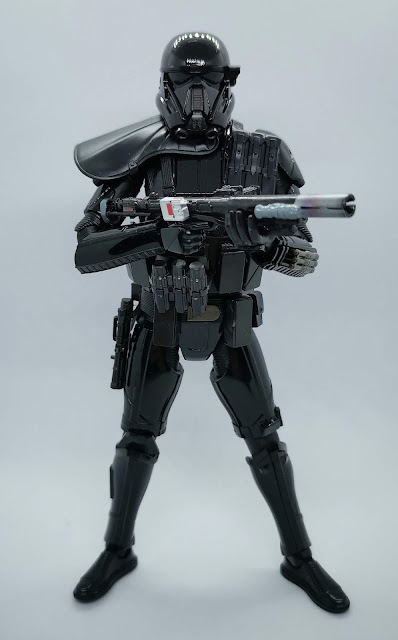 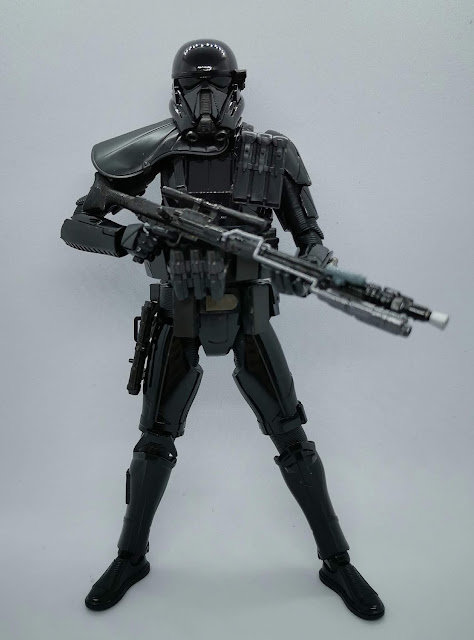 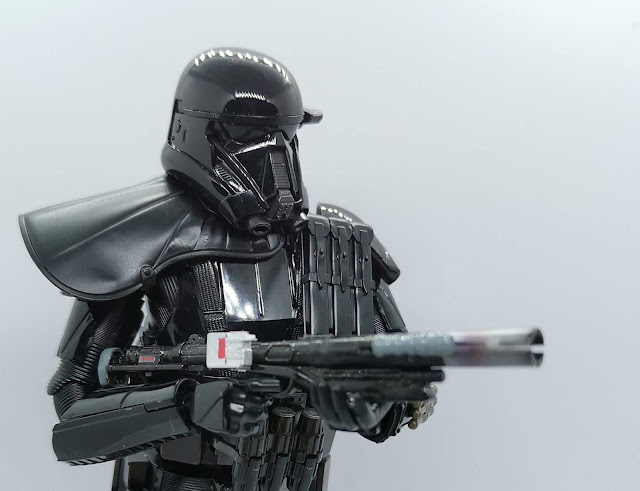 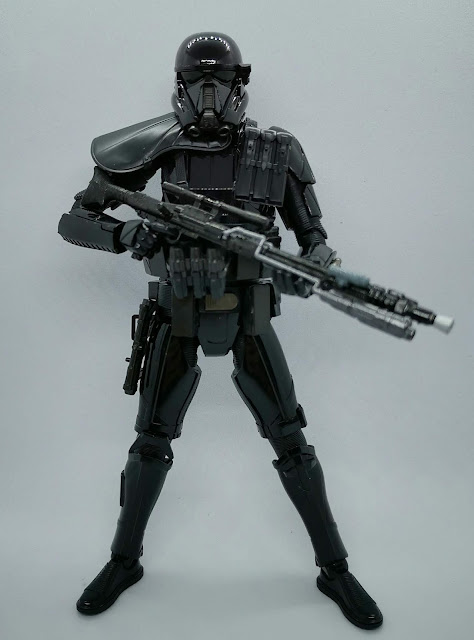 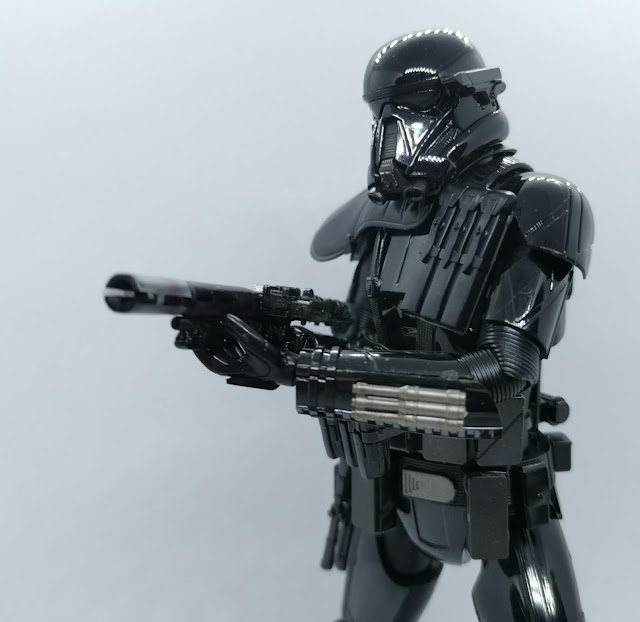 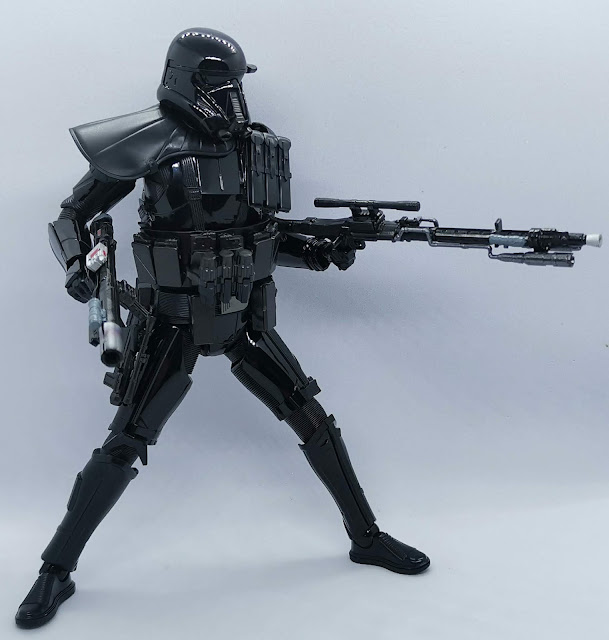 Posted by Gunplanerd at 7:26 PM