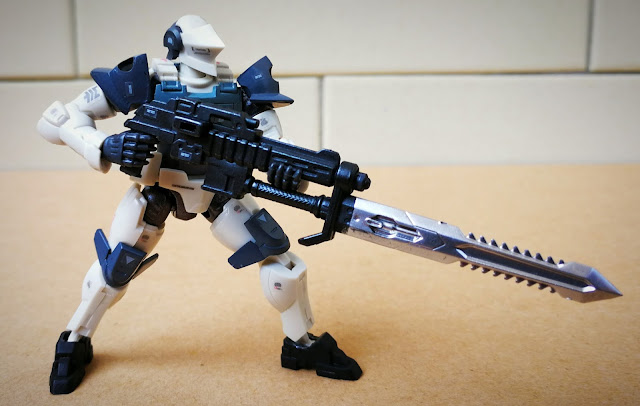 This new line of model kits may be tiny but it is big on gimmicks!


A brand new series of robotic battle suits that are able to ride/ equip mechanical vehicles modeled after creatures in the wild, Hexa Gear essentially combines the Gundam and Zoids franchises into a single line, allowing your robotic suit of armour to wield its massive sword atop of a rampaging robot jaguar!

Upon assembly, the Governor stands around 7cm tall, which is actually really tiny as compared to contemporary model kits. However, the Governor is still larger than the TomyTec MSS 1/144 line of Zoids model kits. I will try to get images of it alongside model kits of other scales for you to have an idea of how small this thing is.

Assembly-wise, you can knock this out in less than an hour. That's not to say that it is an immobile hunk of plastic: the kit has a surprising part count and separation. As with Kotobukiya kits, some parts come pre-painted and pre-finished with small details painted in, and a few rubbery parts are included as well. I applied some paint to the armour to give the Governor a little more colour, otherwise it would just be plain beige.

The Governor comes with a pair of weapons: a rifle and a sword that can be affixed to the rifle as a massive bayonet. This configuration is easily my favourite: exaggerated, menacing and awesome! The rubbery hand parts sometimes struggle to hold onto the weapons, so it is better for the Governor to hold the rifle with two hands instead of doing it like a Gundam.

For so small a thing, the articulation is very impressive. For one, the Governor can do a perfect kneel while realistically shouldering its weapon in firing position. The limbs have a great range of motion and when combined with an action base, will make for some cool poses. The Governor's small size means it can be used as a Pilot in Titanfall-esque dioramas, eliminating enemy Titans by stabbing their reactors.

For the price point, the Hexa Gear line of model kits may not be encouraging to some builders, but they do bring new perspective and gimmicks to the table, as well as plenty of ideas for kitbashes and modifications! 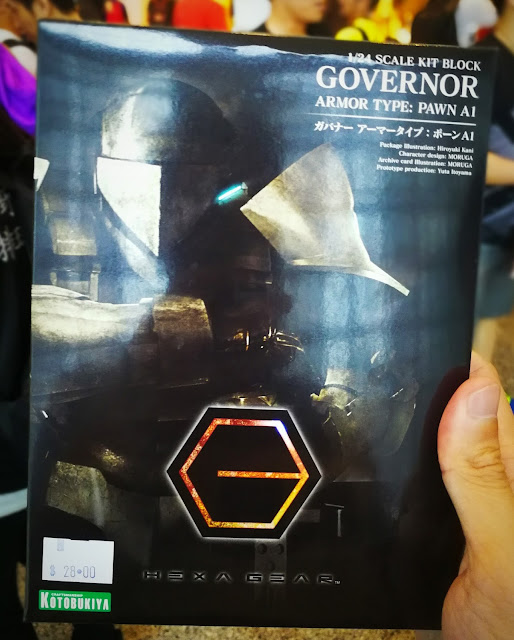 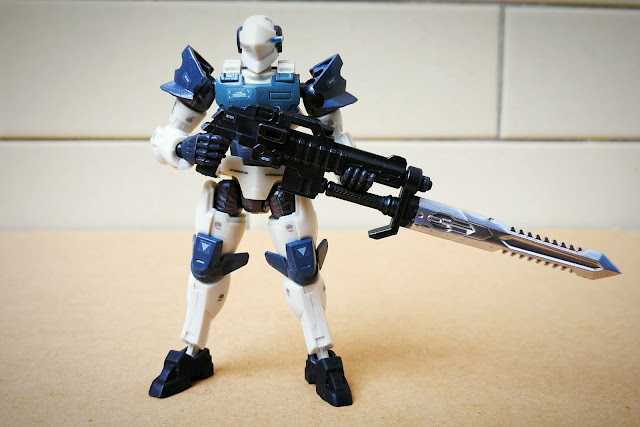 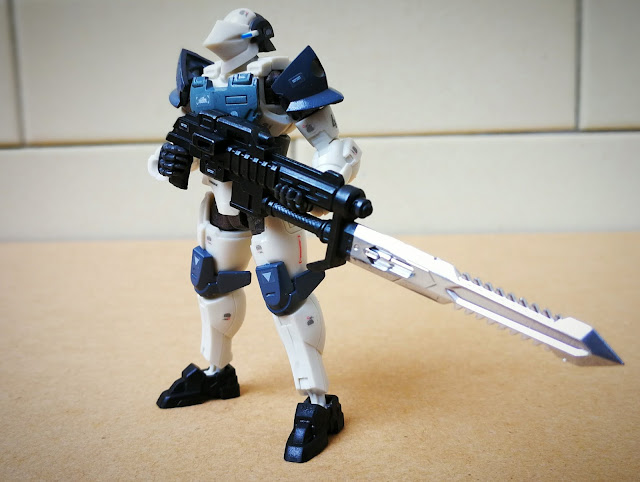 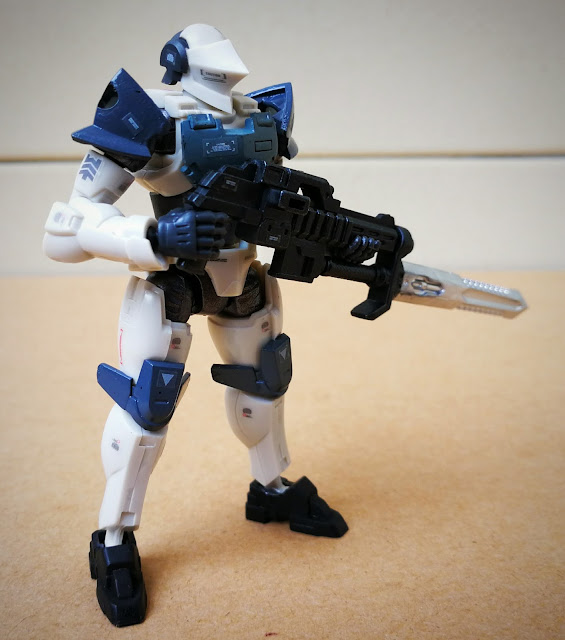 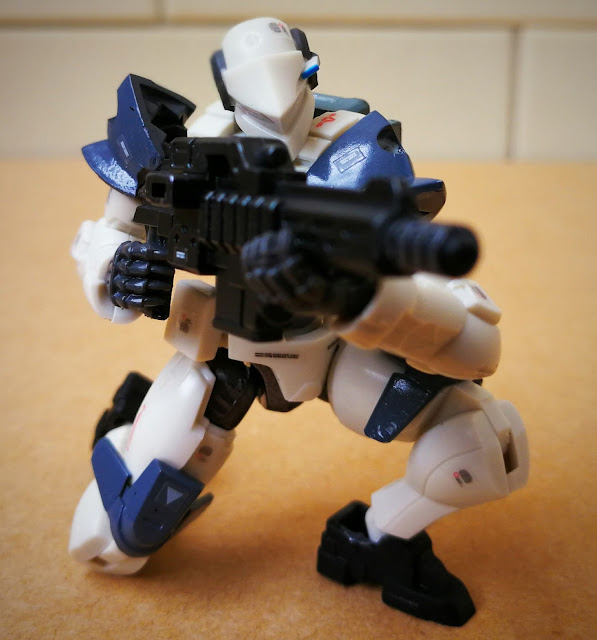 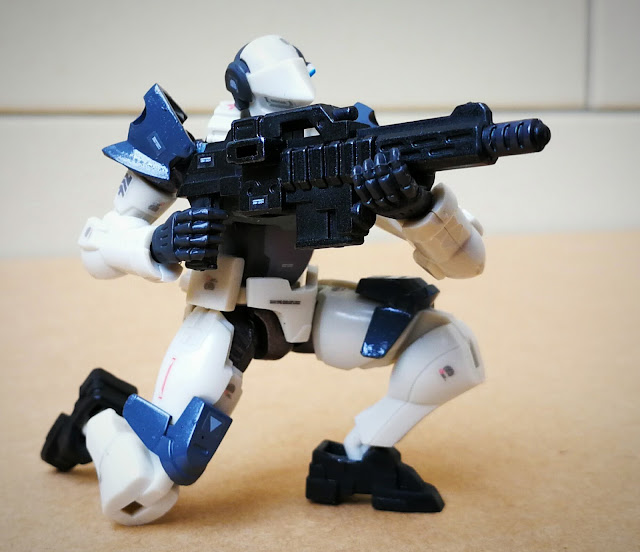 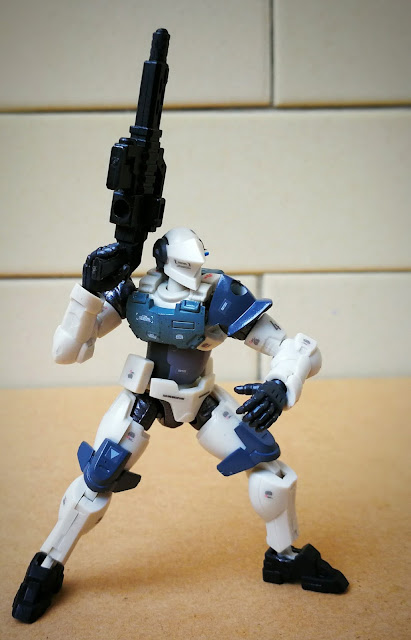 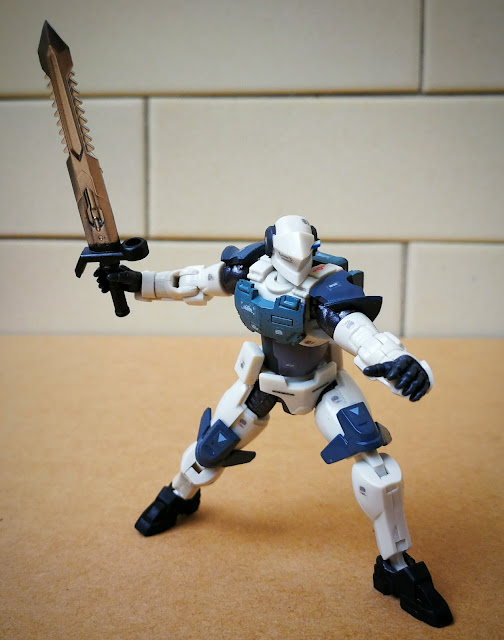 Posted by Gunplanerd at 5:32 PM

Email ThisBlogThis!Share to TwitterShare to FacebookShare to Pinterest
Labels: Kotobukiya