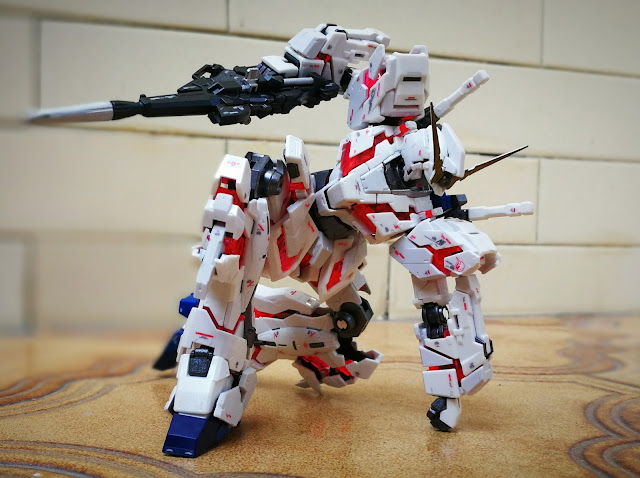 The Unicorn hype train can't be stopped, but thankfully the latest model kit rendition of an over-saturated mobile suit design doesn't crash and burn!
RG kits are double-edged swords: they look fantastic with minimum effort but are fragile and prone to breakage owing to their tiny, delicate parts. As glass cannons, RG kits need a lot more care and concern as compared to HG kits which can take a lot more punishment and abuse, particularly to their joints.

Therefore, when the RG Unicorn Gundam was announced as pre-promotion for the 1/1 Unicorn Gundam currently being constructed at Gundam Front Tokyo, the community collectively scratched their heads. Yes, an RG Unicorn would be excellent, but can it transform, an arguably integral feature of the Unicorn experience?

The answer is a resounding YES.

Exceeding all my expectations, the RG Unicorn is one of the most solid and stable RG kits I've ever built. Far from the glass cannons of its predecessors, the RG Unicorn is as sturdy as a rock, more so than its HGUC or MG brethren. Parts once fitted on don't fall off easily, and the key joints are very, very tight, so much so that they can be twisted to breakage if you're not careful. I am just pleasantly surprised at how well-engineered the RG Unicorn is and building it was an extremely delightful experience, albeit tedious as it has so (so) many parts.

As a Light Build, I only applied colours to certain areas of the RG Unicorn and most of the painting was done "on frame", meaning I didn't cut the parts out prior to painting as I usually would (I'm lazy so sue me). For the white parts, I applied three layers of Pearl White but left the off-white F-runners alone. Light Gun Metal was applied to the frame parts while regular Gun Metal was given to the magazines of the Beam Magnum and Hyper Bazooka. The weapons have a layer of Metallic Black coated over. I painted the face plates Grey as I always liked my face plates a different colour from the rest of the head. The blues were left untouched.

The RG Unicorn transforms easily and the process can even be termed "fun". Using a series of ingenious locking and sliding mechanisms built into the armour sections and the psychoframe, the RG Unicorn can effortlessly shift between Unicorn and Destroy Modes, although some parts require a little prodding to bring up to the fore. Also, if you're not using the variable V-Fin like me, you'll have to swap it out, and this can be a little tricky. Protip: do not use the golden stickers for the V-Fin, it will wipe out all of the surface detail on that part. Instead, carefully use a golden marker to add colour, or mask the underside of the V-Fin before spraying/ airbrushing a gold pigment on.

With the bundled realistic decals applied, the RG 1/144 Unicorn Gundam looks kickass amazing! The red and black markings add detail to an otherwise plain white surface, although some care would have to be exercised during placement of the decals as some of them are sized exactly to the part they are meant for leaving zero room for error.

I built the RG 1/144 Unicorn concurrently with a 1/48 Head Display Base that came with the latest issue of Gunpla Ace magazine and that is a marvel in itself but it can use a lot more painting.

The RG Unicorn shows that Bandai's Hobby Division is still able to churn out glorious masterpieces of model kit engineering that are able to elevate the quality of the hobby as a whole. Now if they can just throw out more of such kits other than more variants of the Super Fumina... 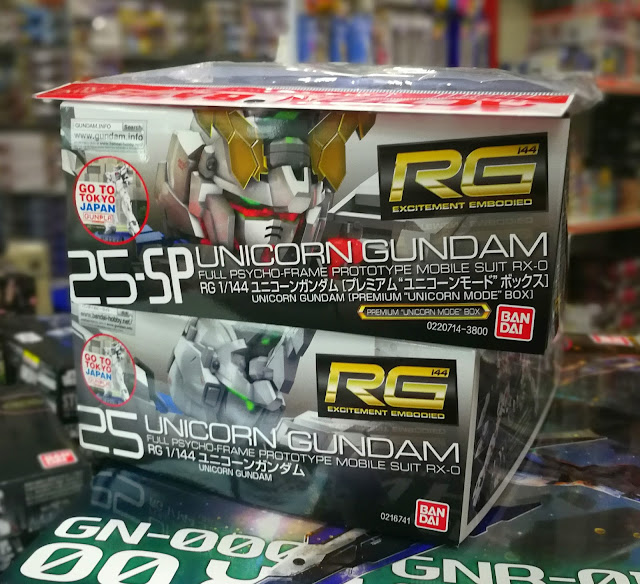 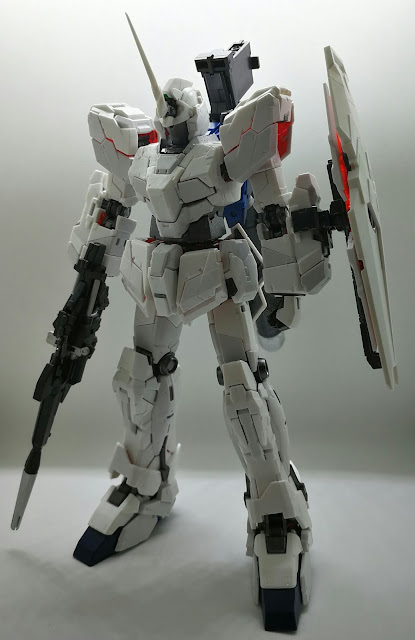 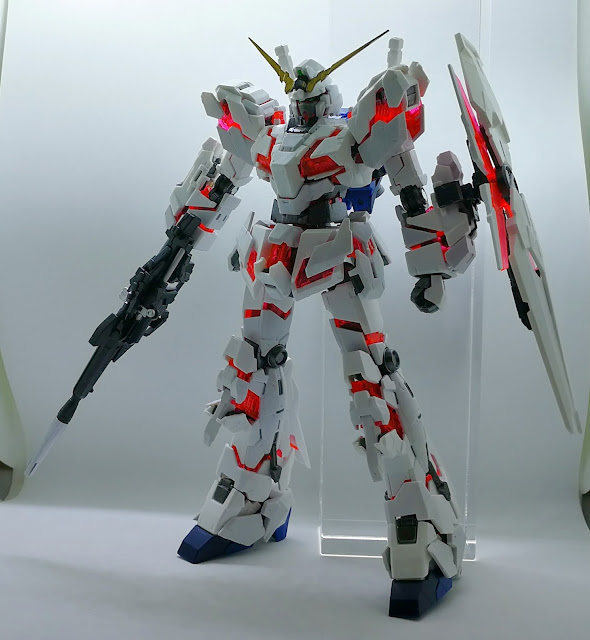 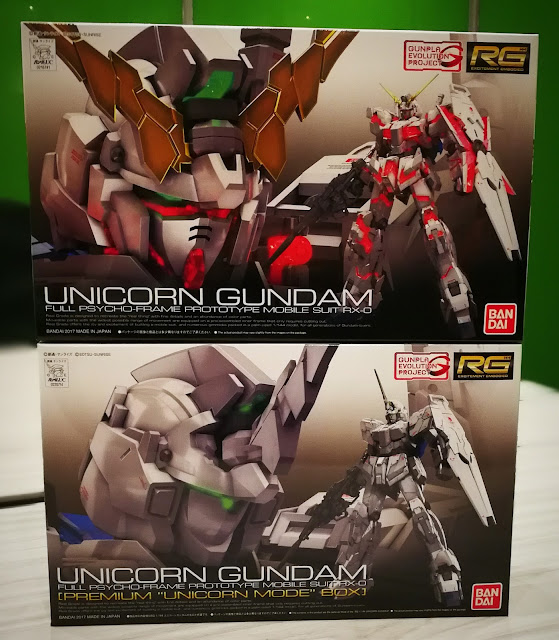 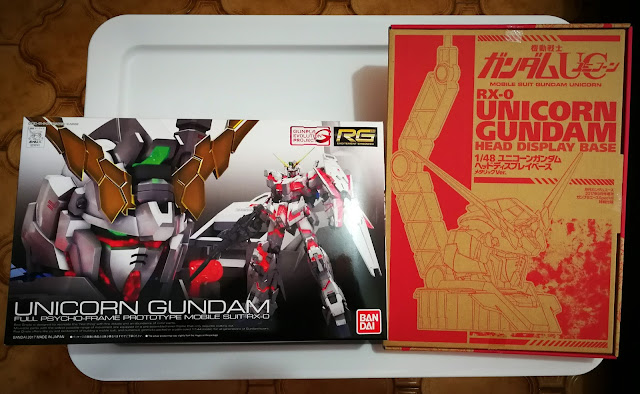 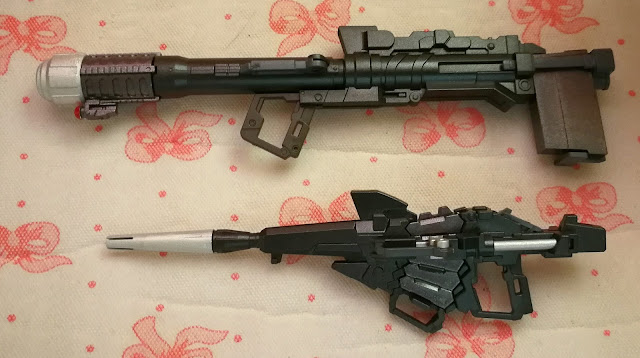 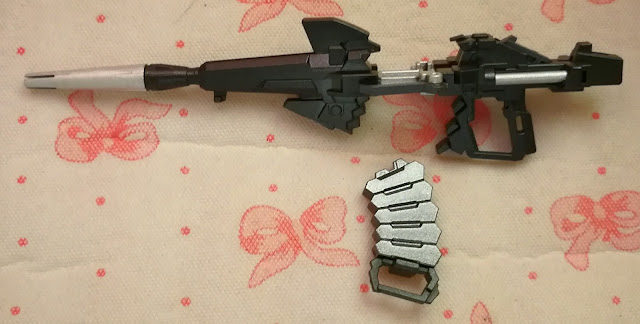 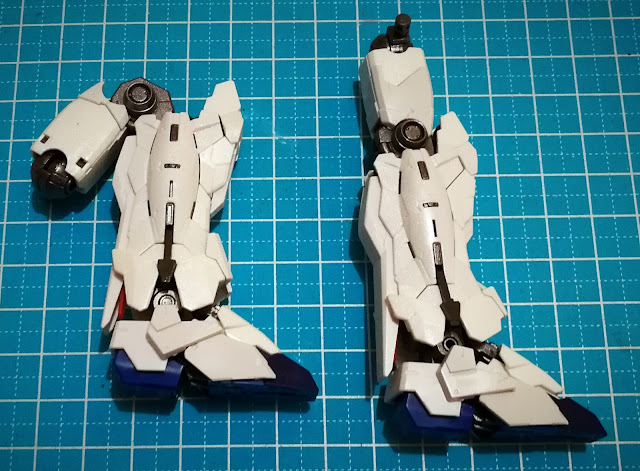 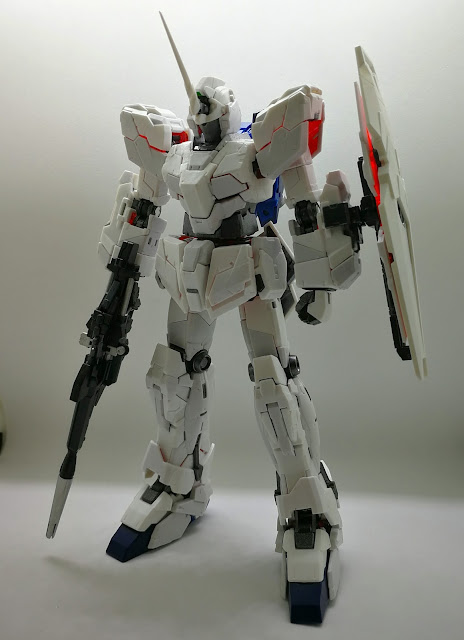 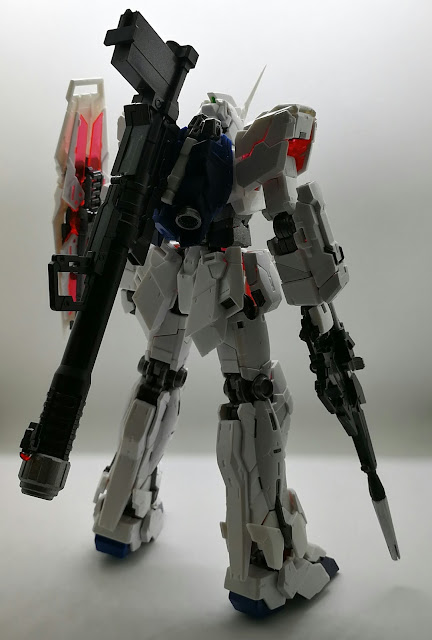 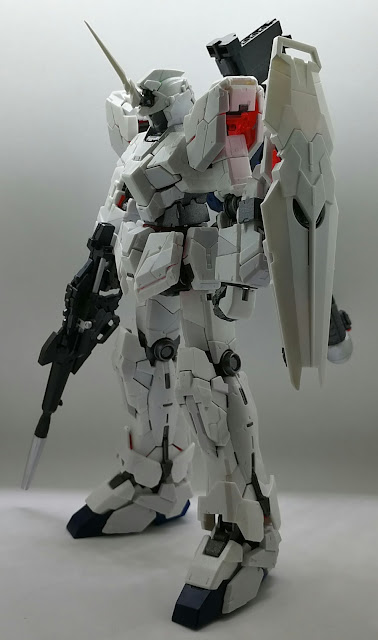 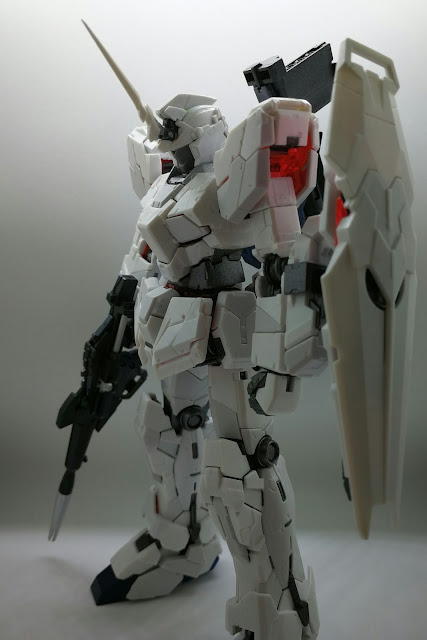 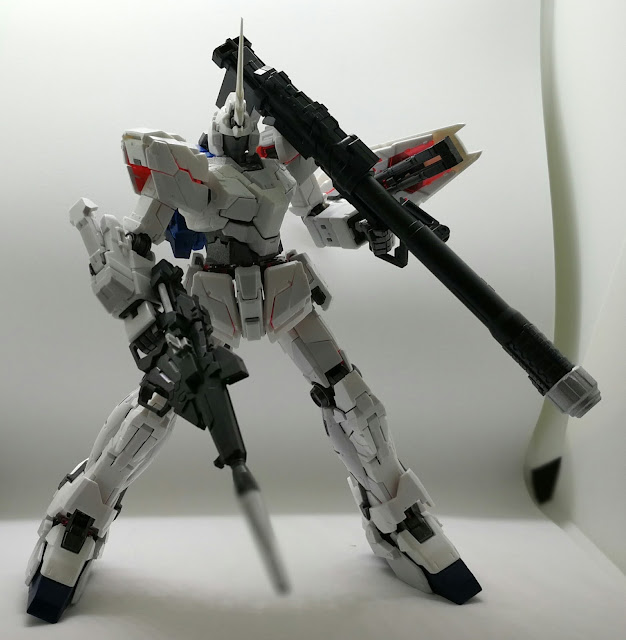 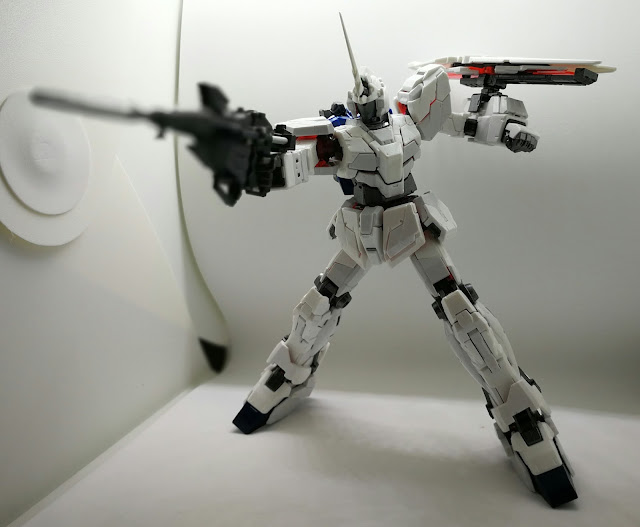 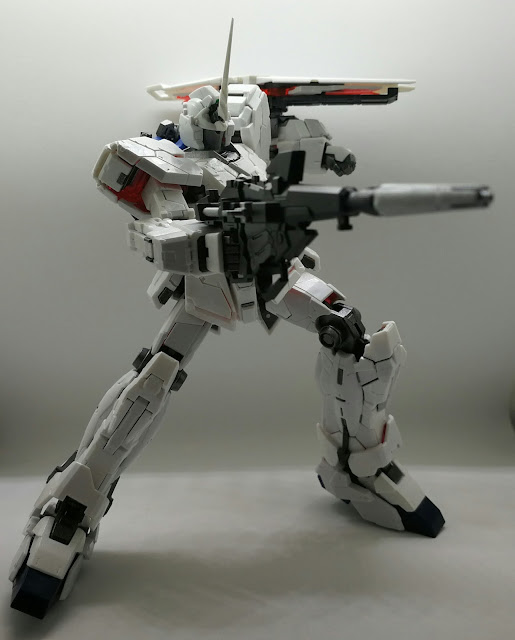 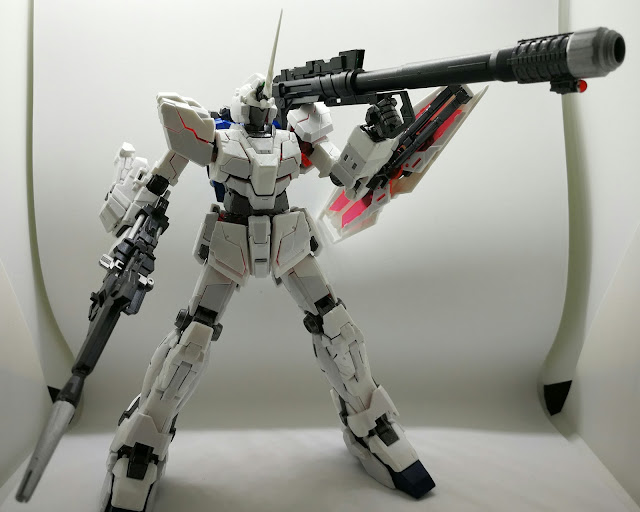 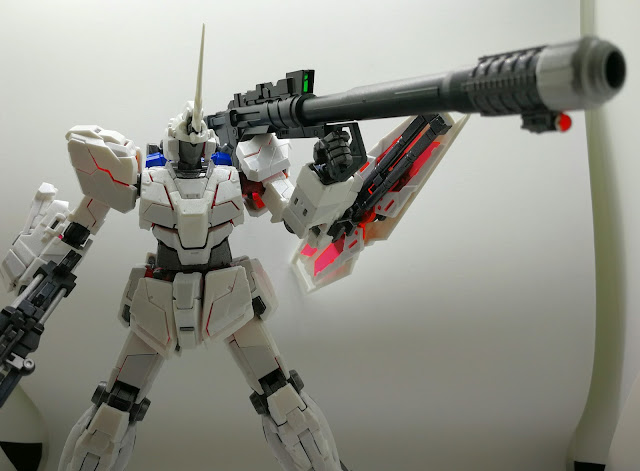 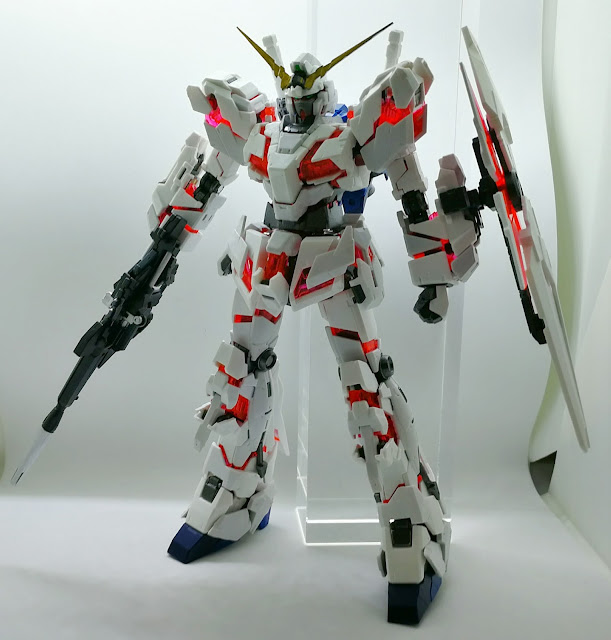 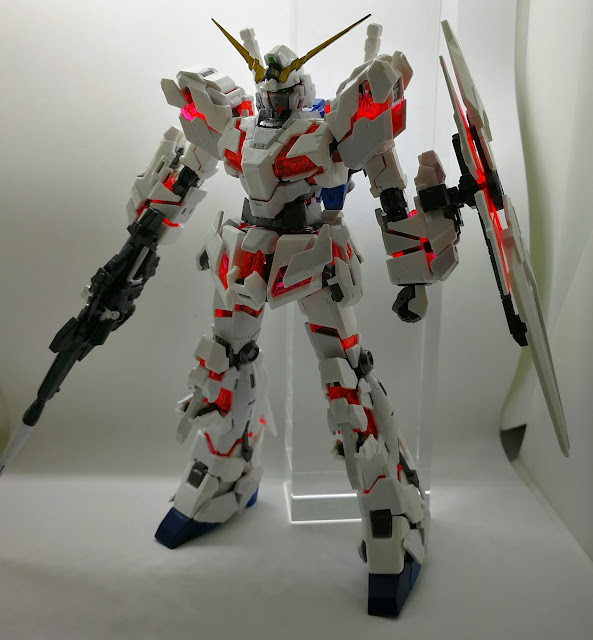 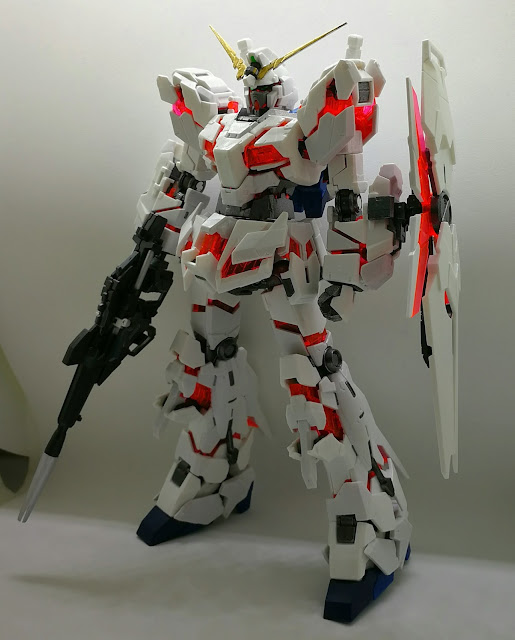 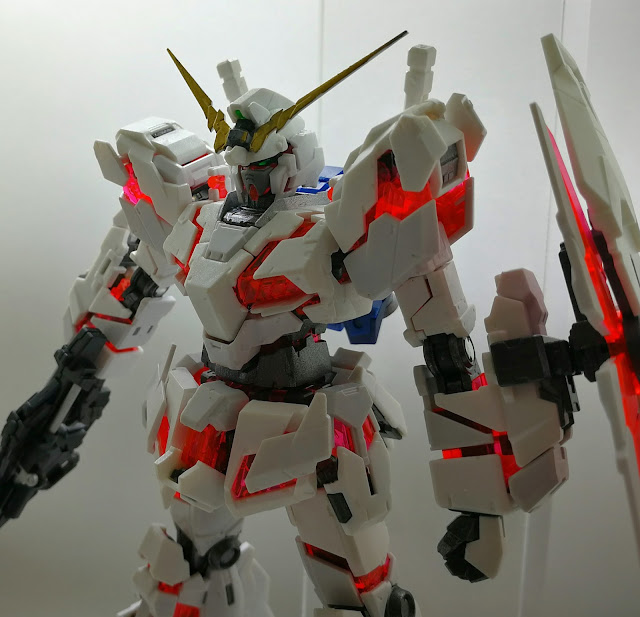 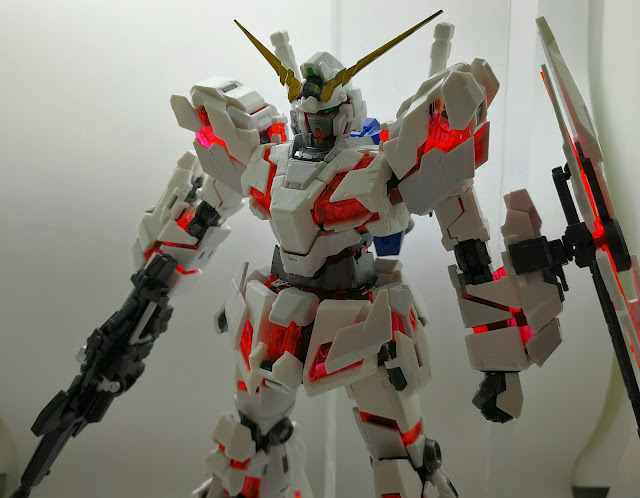 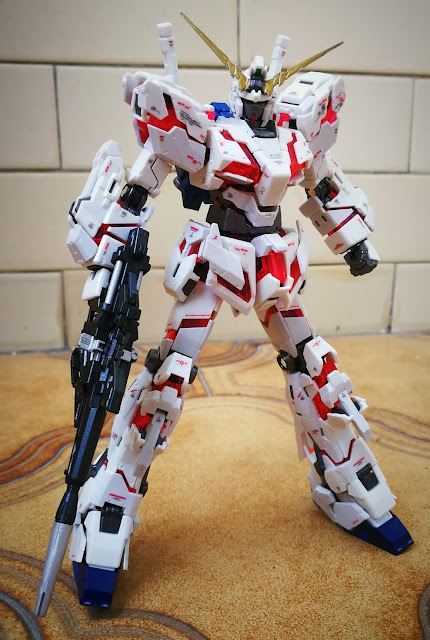 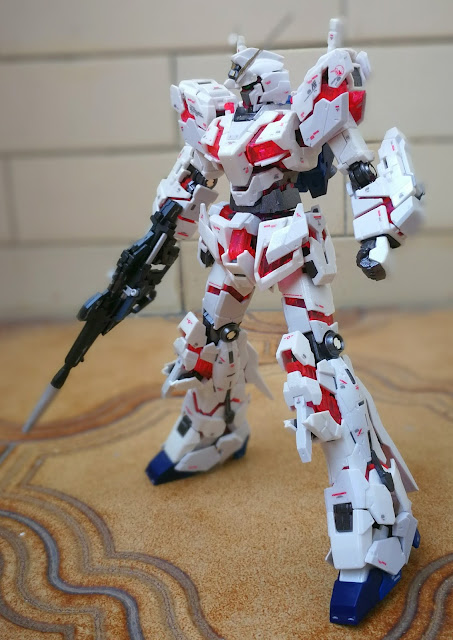 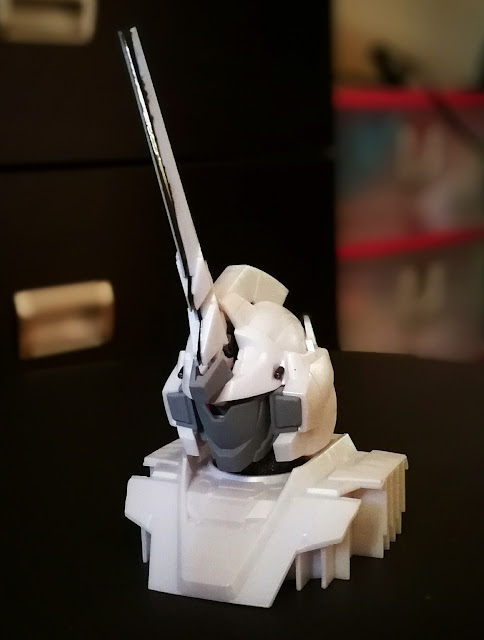 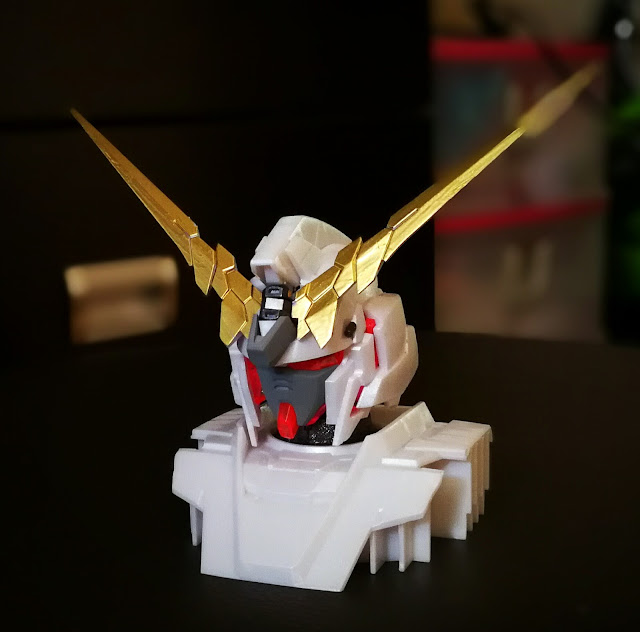 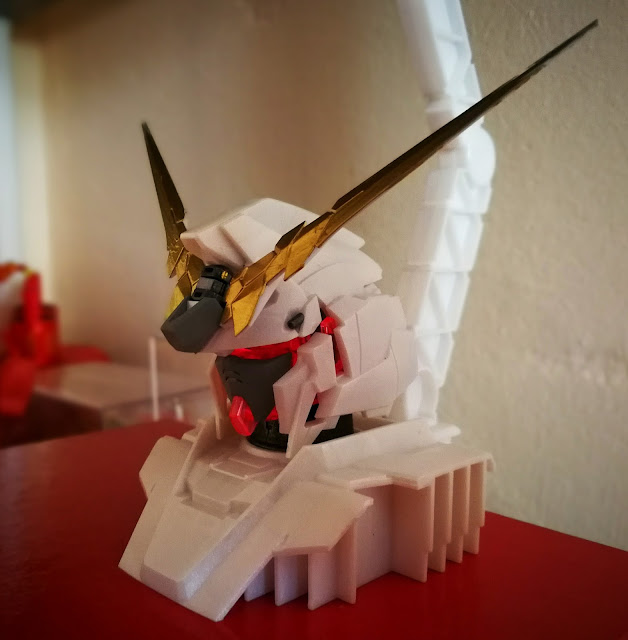