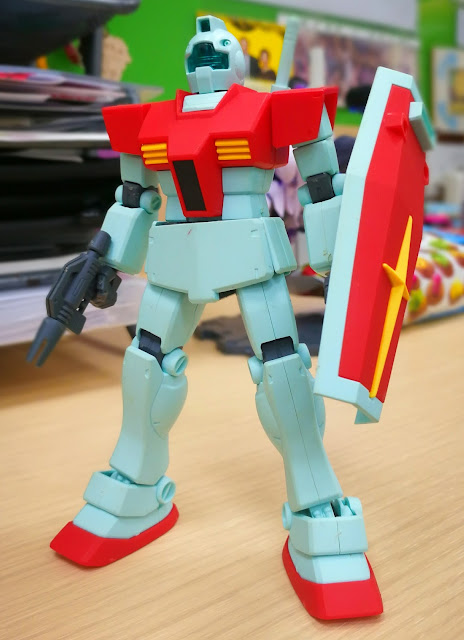 Nothing says "mass production" more than the classic workhorse of the Federation!

A design as old as the franchise itself, the RGM-79 'GM' (henceforth referred to as GM for the sake of brevity) is deeply entrenched into the very roots of the Gundam universe, being the first-ever mobile suit to be mass produced by the Earth Federation. Essentially a simplified, stripped down and straightforward version of the RX-78-2 Gundam, the GM fulfilled its role as a general-use all purpose mobile suit so well that the design spawned hundreds of different variants and continued to serve the Federation throughout the Universal Century.

The HGUC 1/144 model kit version of the GM was first released in 2001, the 20th model kit offering under the HGUC line. Although the GM kit was made during simpler times, it still features good part and colour separation, decent mechanical detail and plenty of accessories that includes the beam spray gun, an inactive beam saber handle, an active beam saber with an unpainted blade, the shield as well as an open hand. The head design of the GM is of note: instead of having the compound visor go over the optical sensors after snapping the head together, the visor is placed on the back part of the head unit before joining with the front section. This makes for a very seamless compound visor component on the head unit, and the pesky nub marks most apparent on clear parts become hidden from view. The head vulcans are also very well sculpted!

Although it is an older model kit, the GM fares well in terms of poseability and stability, able to execute and maintain a variety of dynamic poses. The lack of articulation also further reinforces its mass produced nature: basic and stoic.

As compared to modern kits like the fantastic HGBF 1/144 GM/GM, the HGUC 1/144 GM lacks in many areas. However, it bears one of the most iconic, irrevocable looks in the Gundam universe. 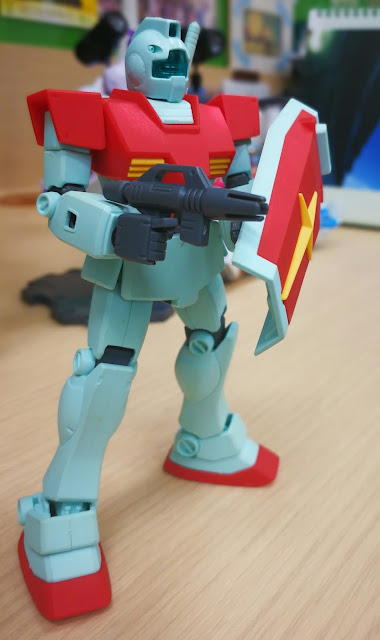 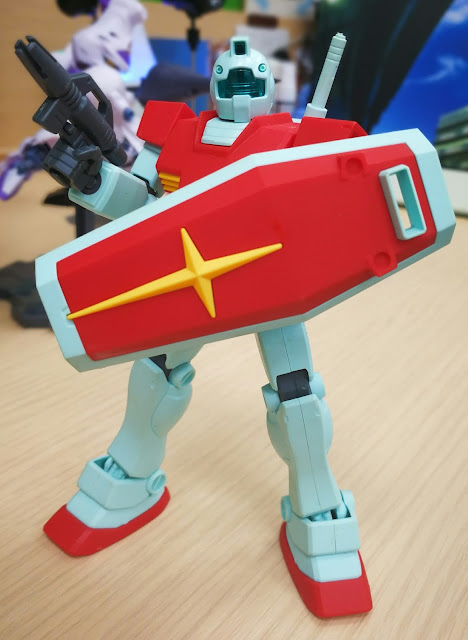 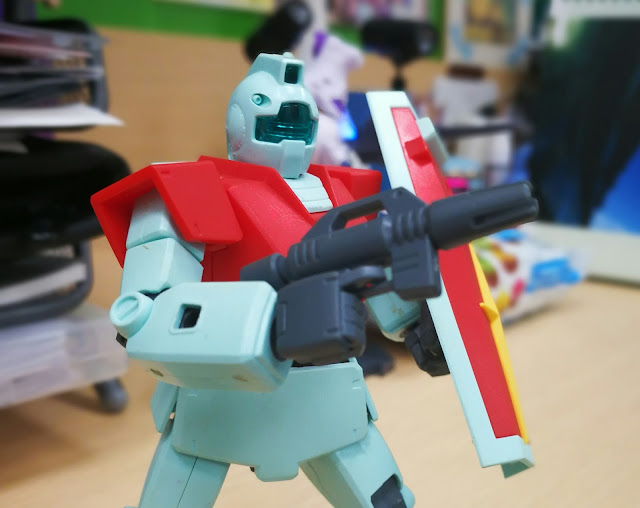 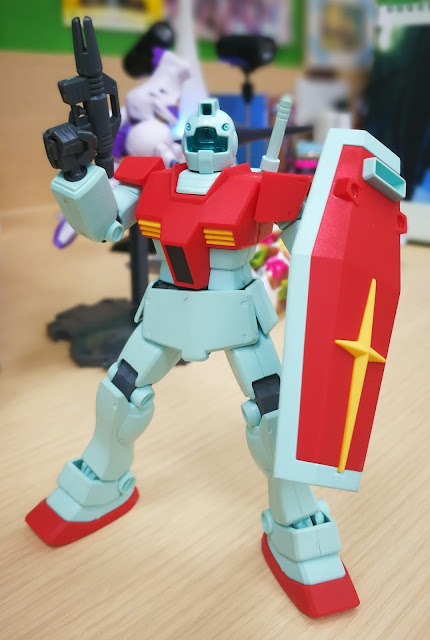 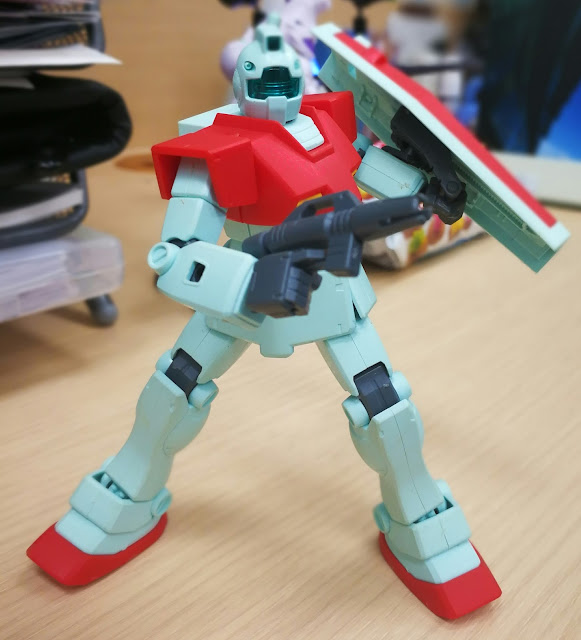 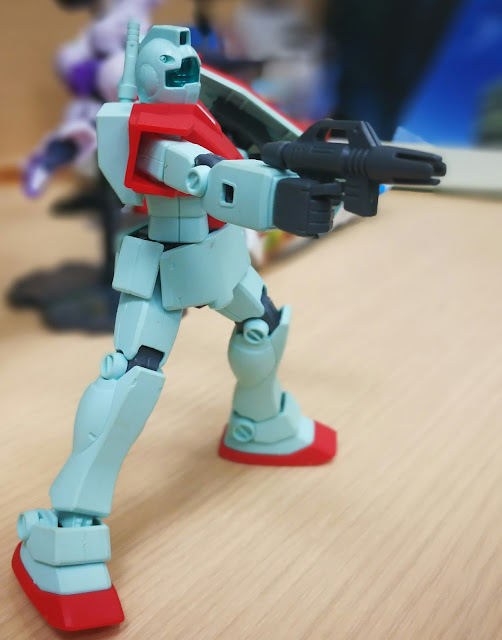 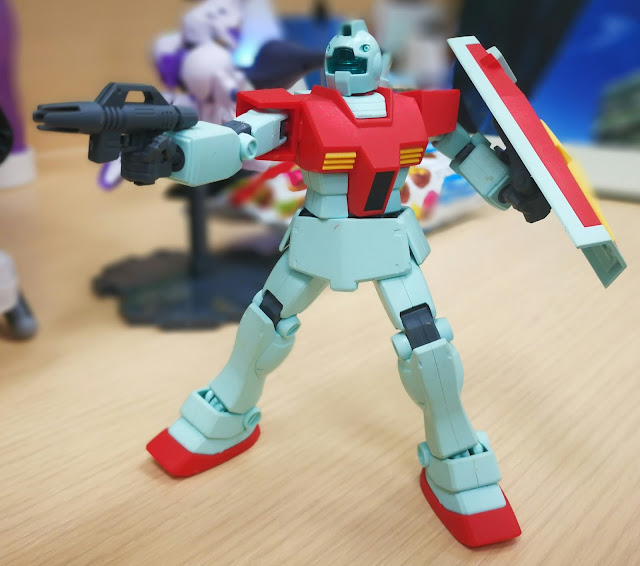 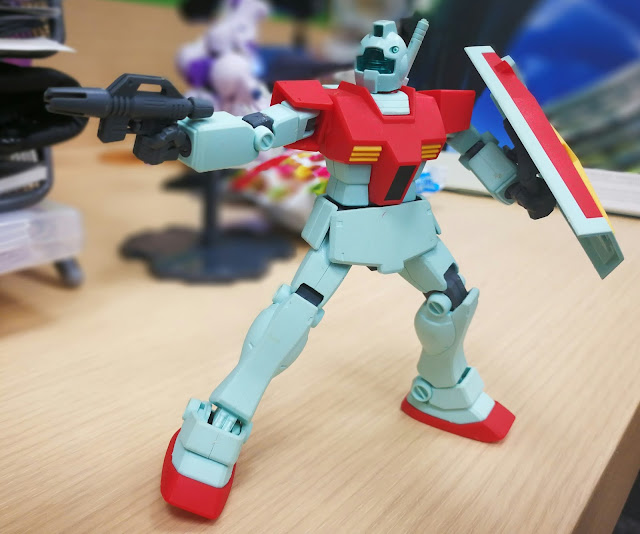 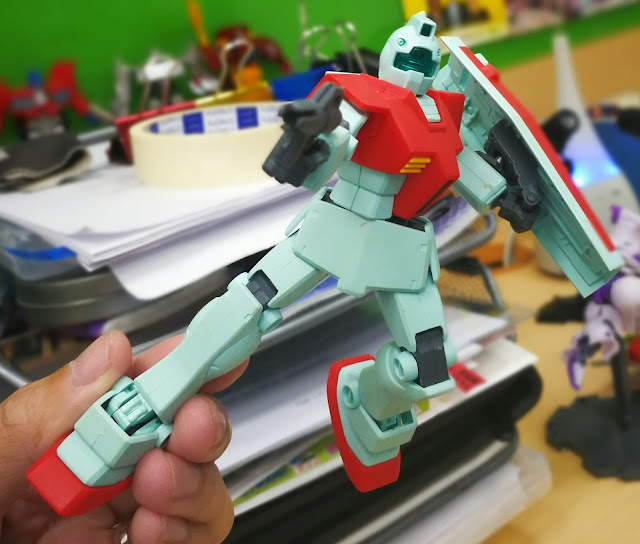 Posted by Gunplanerd at 1:19 AM