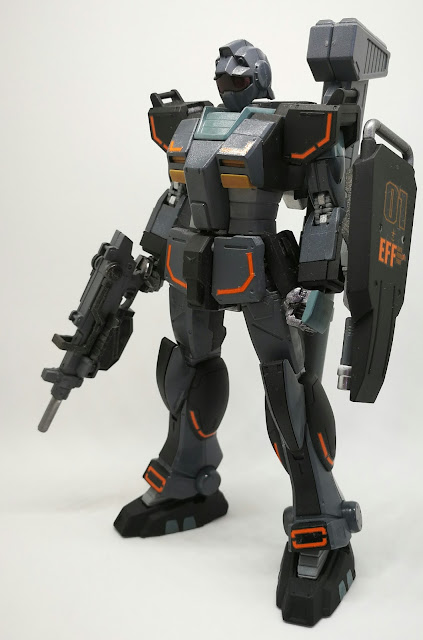 A variant of the RGM-79 'GM' mobile suit localised and optimised for its immediate theatre of operations, the GM Local Type (Coastal Defense Use) is deployed to coastal zones and regions to safeguard Federation interests.


Operating in coastal zones, the semi-amphibious GM Local Type (Coastal Defense Use) saw combat action in North America, Asia as well as Australia during the One Year War. Working alongside singular units of the RX-78-2[N] Gundam Local Type, the GM Local Type made use of its head vulcans, 100mm machine gun, a powerful railcannon and dual beam sabers to combat Zeon ground and amphibious forces.

Coastal Defence GM Local Type units are able to wade into shallow waters and beaches thanks to hermetically-sealed joints and hatches, allowing the GMs to preemptively attack Zeon amphibious mobile suits even before they break through the water's surface. In fact, this particular variant of the GM was designed specifically to counter Zeon amphibious units, which have been more than a nuisance to Federation coastal bases as well as shipping lanes.

The standard-issue 100mm mobile suit machine gun is fitted with a high-capacity magazine to reduce the load from additional magazines of ammunition. Typically, a GM is able to complete its mission way before the 100-round magazine is depleted, saving time and effort on potentially fatal reloading drills. Although it takes more than a few rounds to penetrate Zeonic armour, the machine gun is usually used to provide screening and covering fire, diverting enemy attention away from the one of the most lethal weapons developed during the One Year War: the railcannon.

Essentially an enhanced version of the Hyper Bazooka, the railcannon makes use of electromagnetic forces to propel a solid "rod" of tungsten carbide with a ferrous core forward at supersonic speeds, utterly obliterating any kind of armour plating no matter how durable. Due to the speed of the projectile, the weapon's accuracy is also immense, able to destroy or disable mobile suits with a single shot. The ferrous core of the projectile also splinters upon impact, ricocheting within the armour plating of the enemy mobile suit and wreaking havoc on electronic systems, cabling as well as pilots. This is especially useful against Zeonic amphibious mobile suits that are usually fitted with thick armour plating to withstand the ocean's crushing pressures and this was a nuisance to Federation commanders without the proper equipment to deal with them.

The only, and most dangerous, drawback of the railcannon is its long recharge period between shots, leaving the mobile suit using it wide open for a counterattack, although most enemy units cannot survive a shot from the railcannon. The railcannon only holds five rods and the internal capacitors take a long time to recharge before the weapon can be used again.

In standard fire teams of three GM units, one will be equipped with the railcannon in addition to its standard armament. Upon contact, the two regular GMs will provide covering fire for the third GM to move into position with the railcannon, annihilating the target with a single well-placed shot. When teamed up with a Gundam Local Type, the railcannon-equipped GM will hover behind the Gundam and only fire the railcannon if the Gundam's weapons are unable to destroy or disable the target. 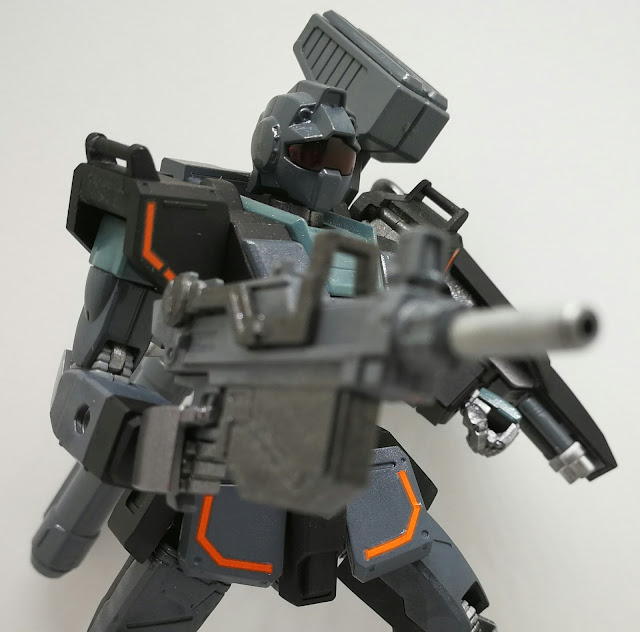 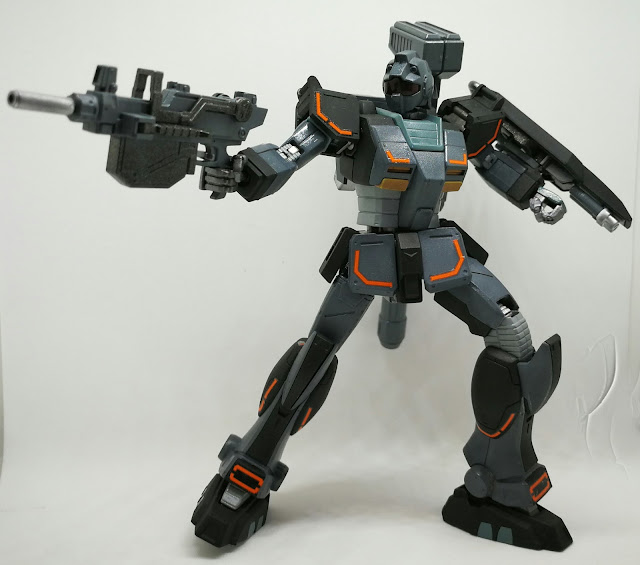 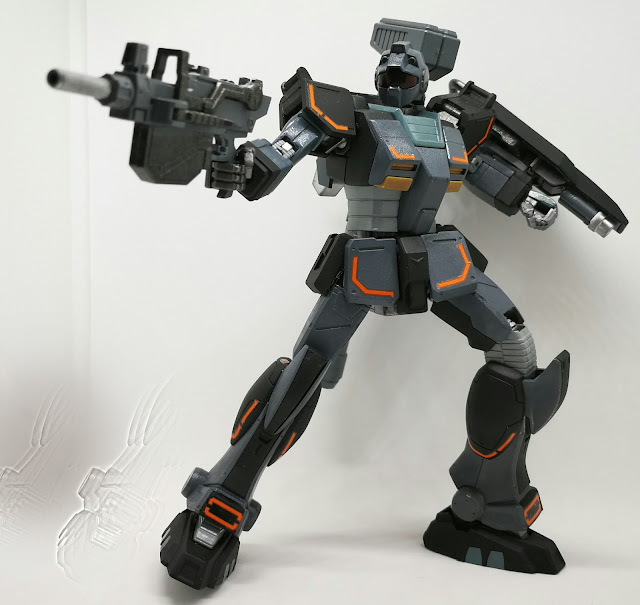 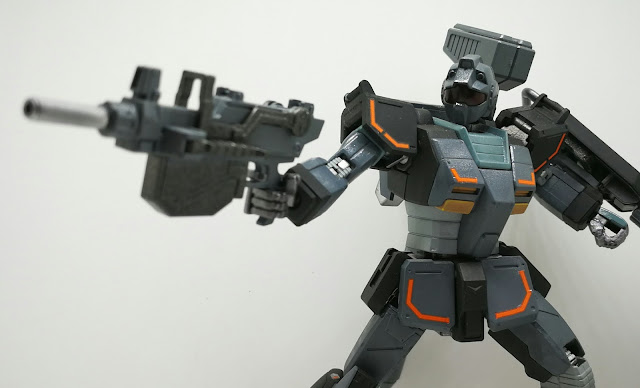 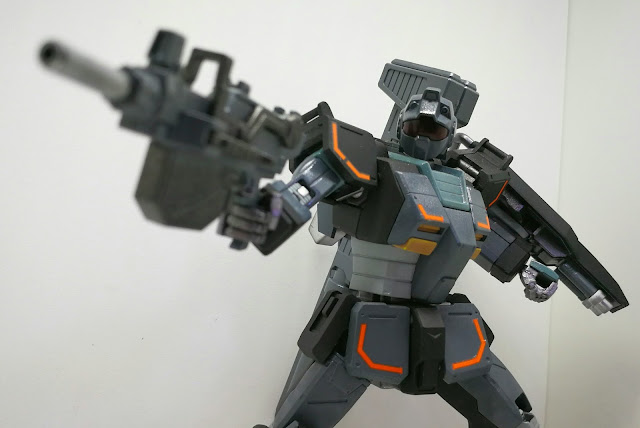 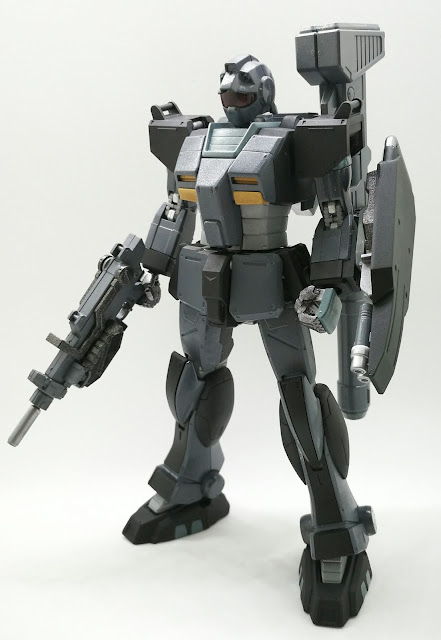 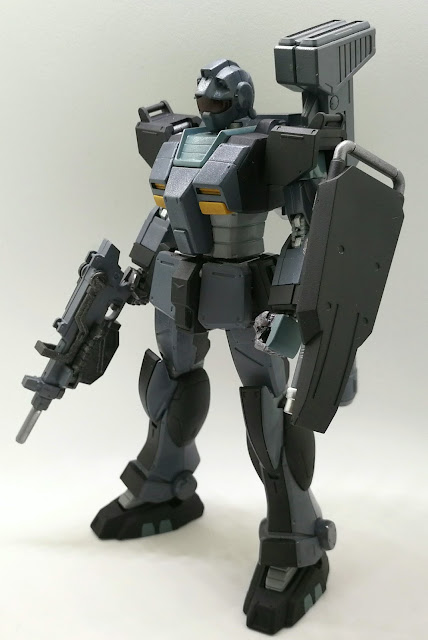 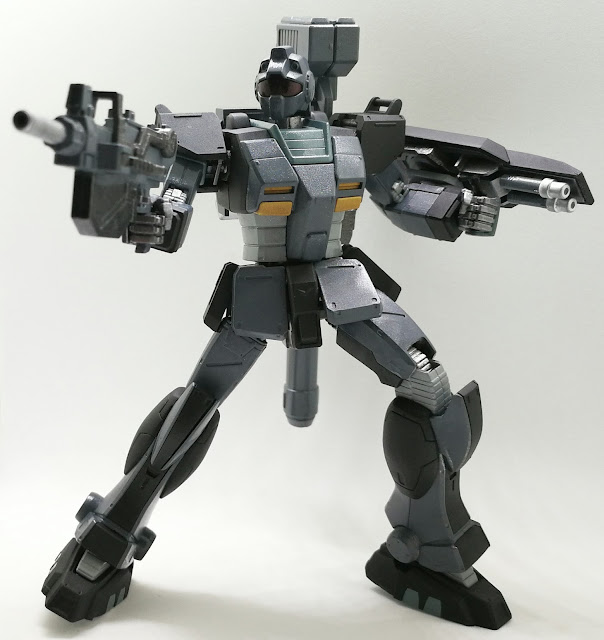 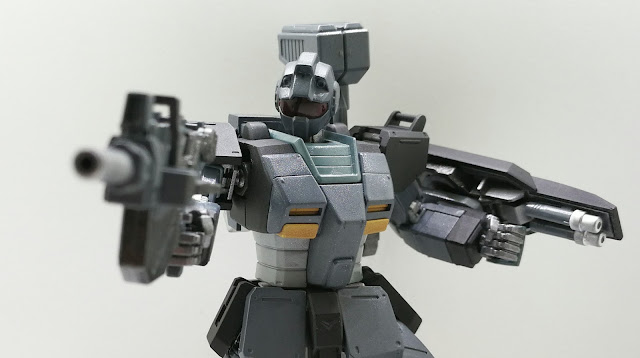 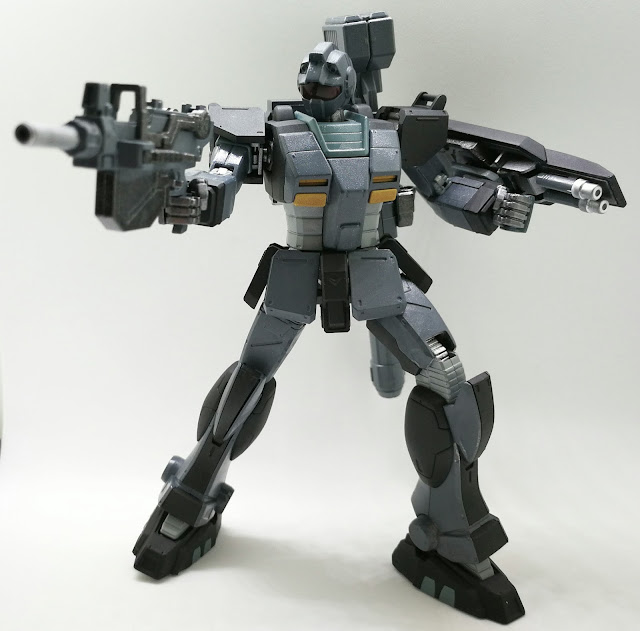 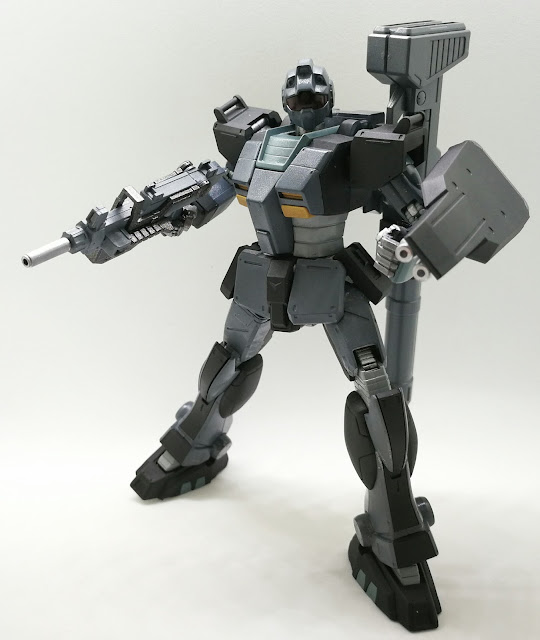 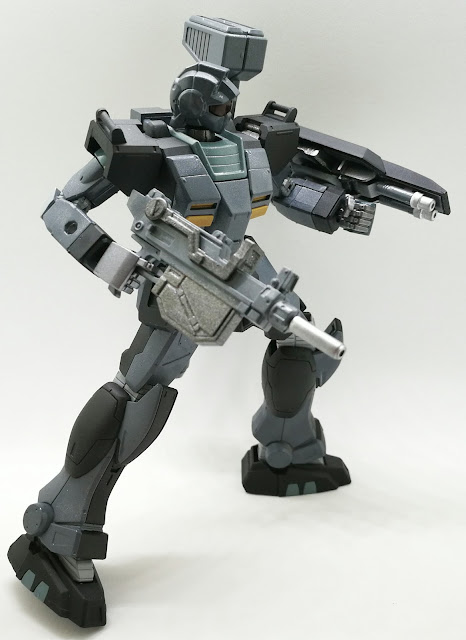 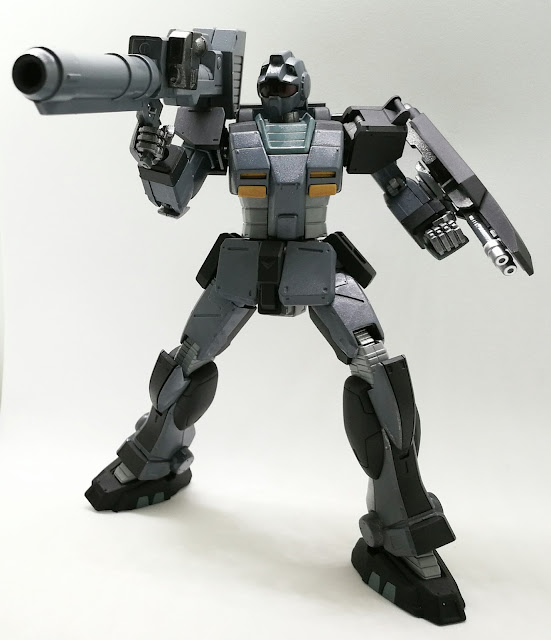 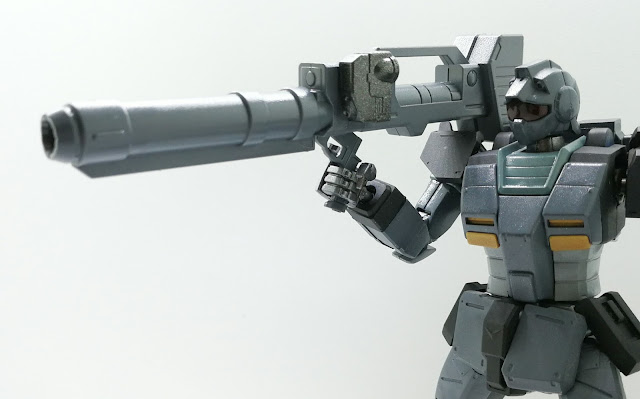 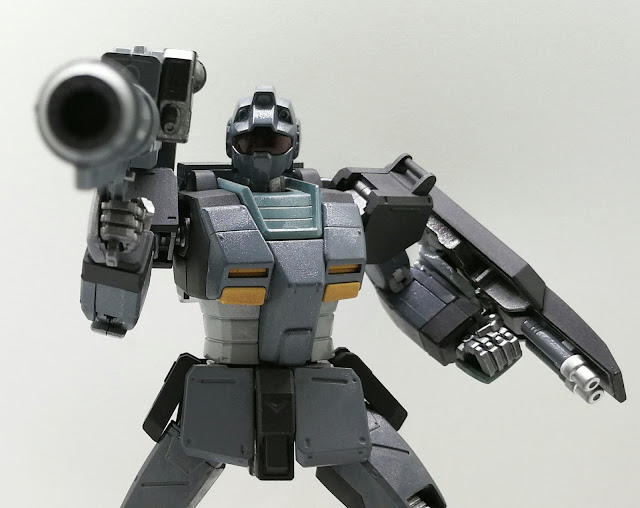 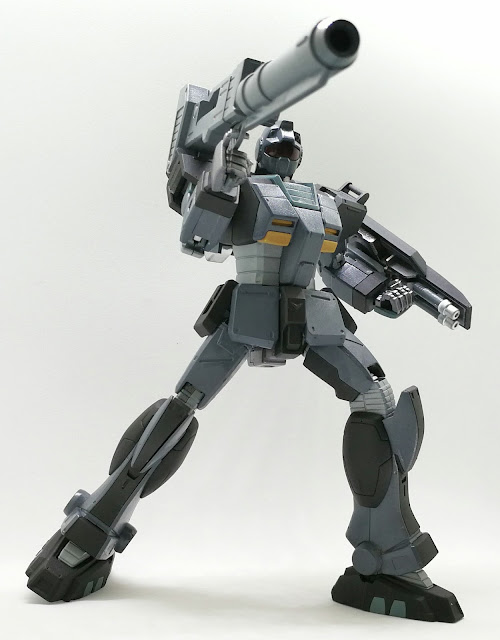 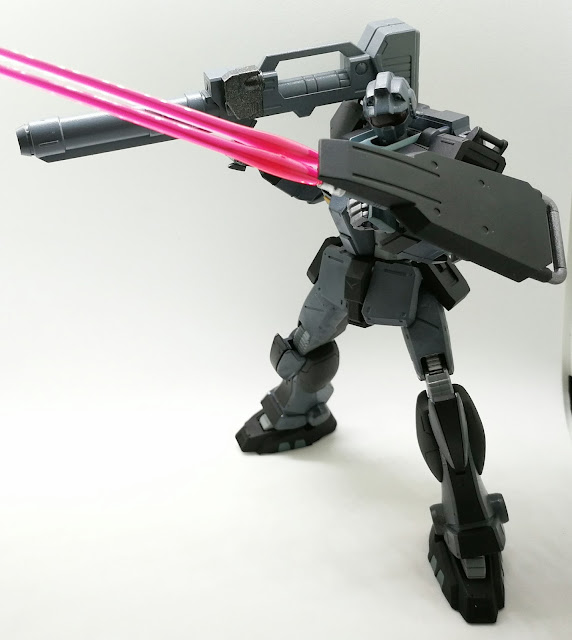 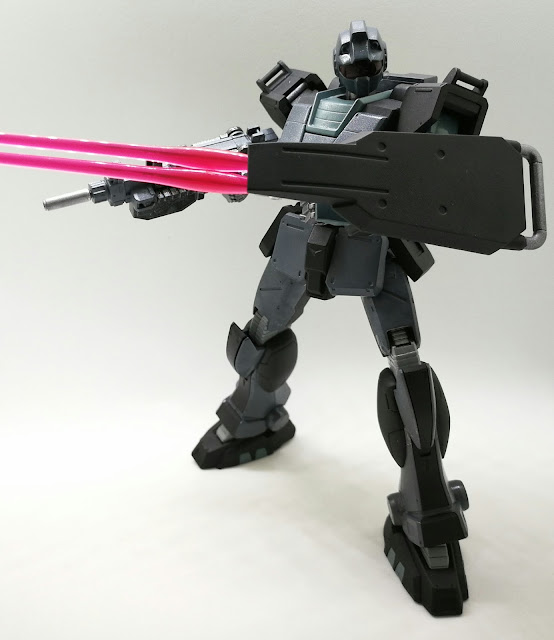 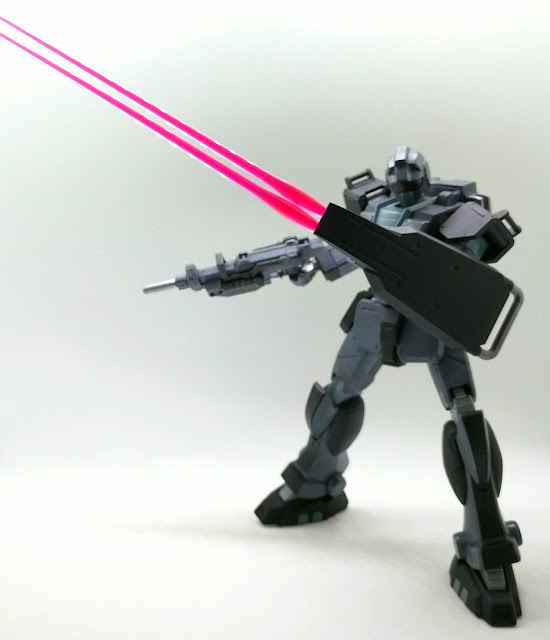 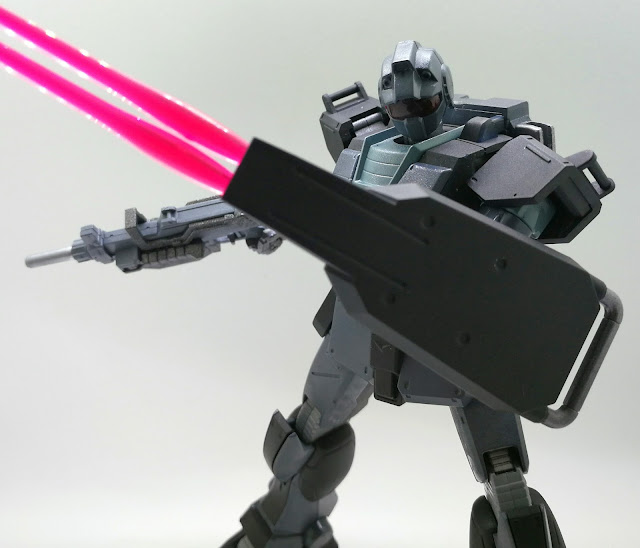 Posted by Gunplanerd at 4:15 AM