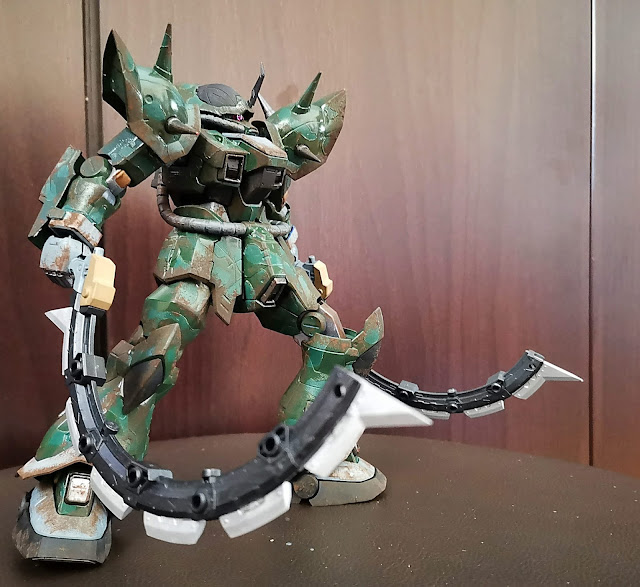 If the Efreet made it to full mass production, the outcome of the ground war might have been different.


Developed as the successor machine to the MS-07 Gouf in the arms race of the One Year War, the Efreet frame was intended as a high performance, ground attack use mobile suit for close quarters combat. Combining many traits and features of its long line of predecessors, the Efreet can be said to be the ultimate culmination of the "Zaku-type" mobile suit design philosophy before favour shifted to larger, thicker-set machines such as the Dom and Gelgoog series.

The Efreet Type C was designed and outfitted solely for one purpose: anti-MS combat. Recognising the lethality of skilled pilots with responsive machines, Zeon engineers retooled the Efreet from combat data retrieved from the Efreet Custom to form the Type C variant, intended specifically for use during the Principality's assault on the Federation headquarters of Jaburo.

Painted in a woodland snakeskin camouflage pattern to help it blend into the thick jungles of the Amazon where Jaburo was sited, the Efreet Type C bore a formidable complement of weapons designed to take full advantage of the mobile suit's speed and agility on solid ground. The most distinctive weapons are the Type-79 Heat Sickles, massive curved melee instruments of terror lined with heated blades. These sickles are almost as long as the Efreet is tall and are able to easily cleave a mobile suit in half if the Efreet's pilot is skilled enough. The sickles also aid in the clearing of thick vegetation in the Amazon rainforest so that friendly forces can pass. For engagements that forbade the use of the sickles, the Efreet can make use of the standard heat sword, stored on the side skirt armour when not in use.

The Efreet Type C is usually launched into combat with a compact version of the 360mm bazooka, used to soften enemy hard targets and fortifications before the actual assault commences. A 192mm shotgun is also found on the Efreet Type C, used when it has successfully penetrated the enemy facility and engaged in mobile suit combat. The shotgun is an easier weapon to wield in close-quarters combat and is able to deal far more damage than the standard issue Zeon machine gun: a single blast to the torso is able to knock out a RGM-79 GM out of commission or kill the pilot in the cockpit outright.

Jaburo's defenders had much to fear of the Efreet Type C, earning it the moniker "The Terror of Jaburo". 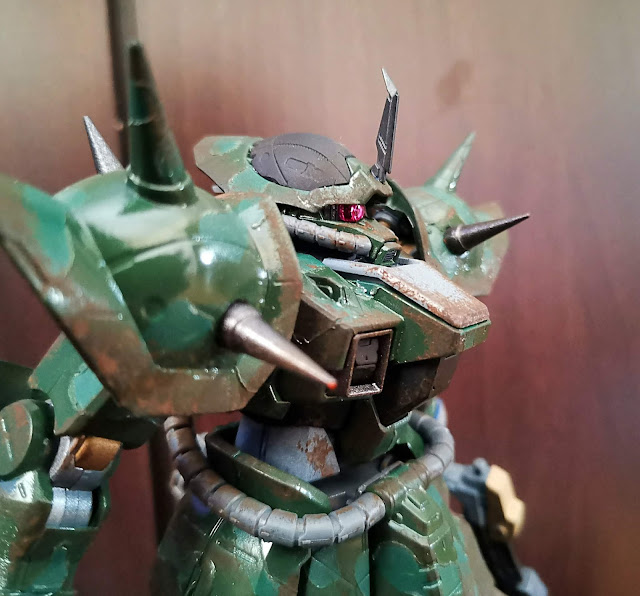 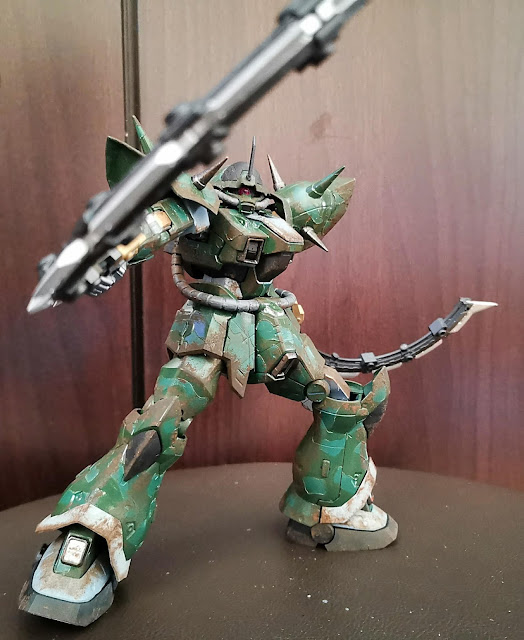 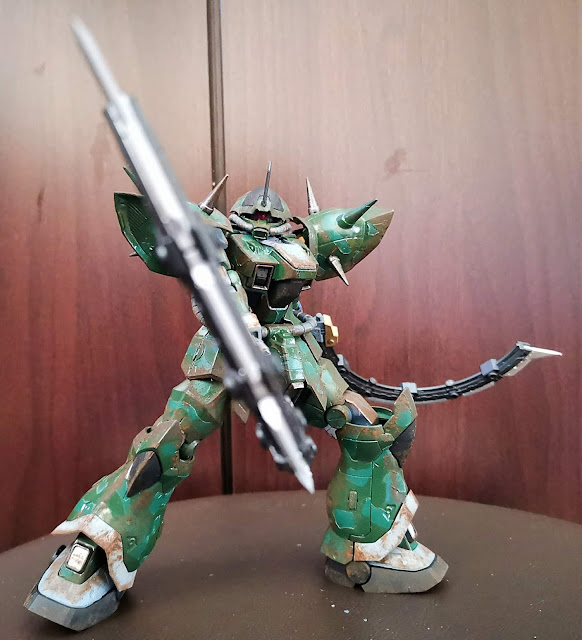 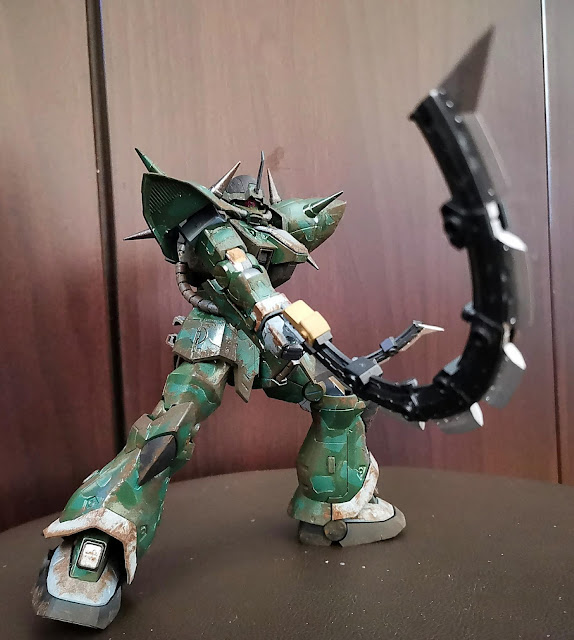 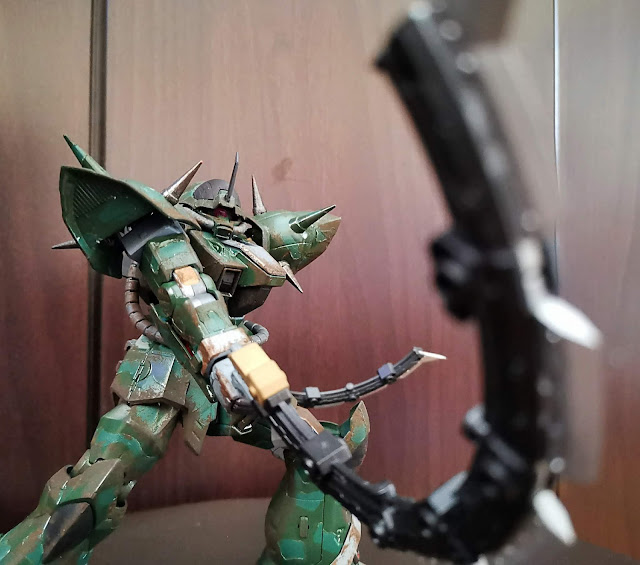 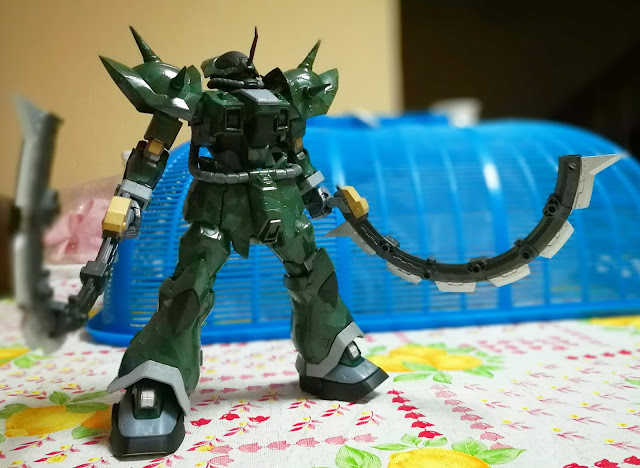 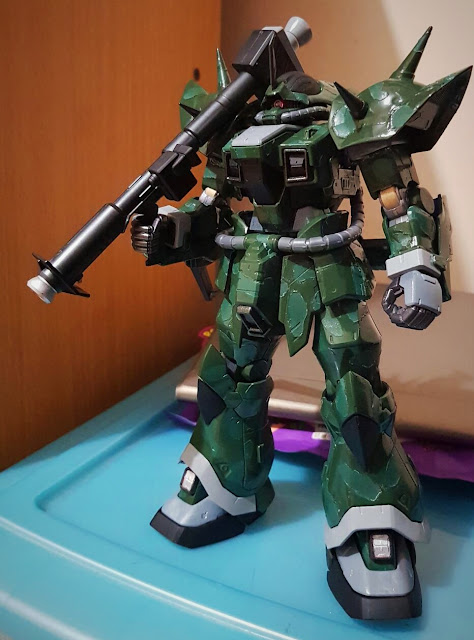 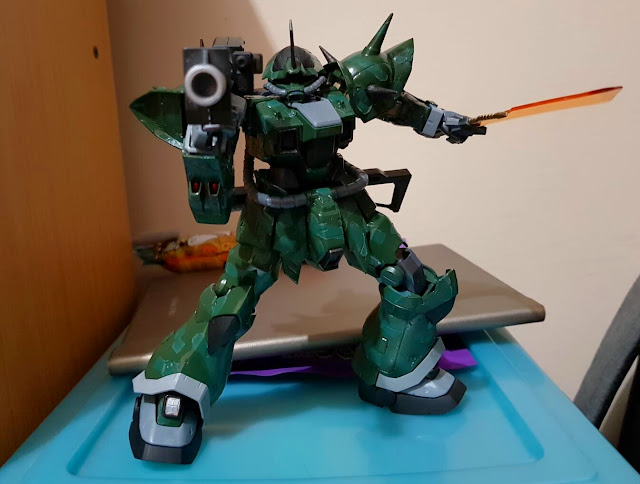 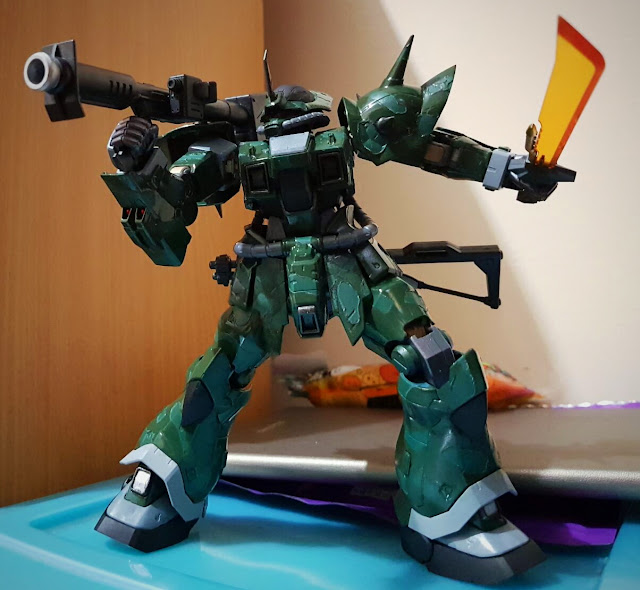 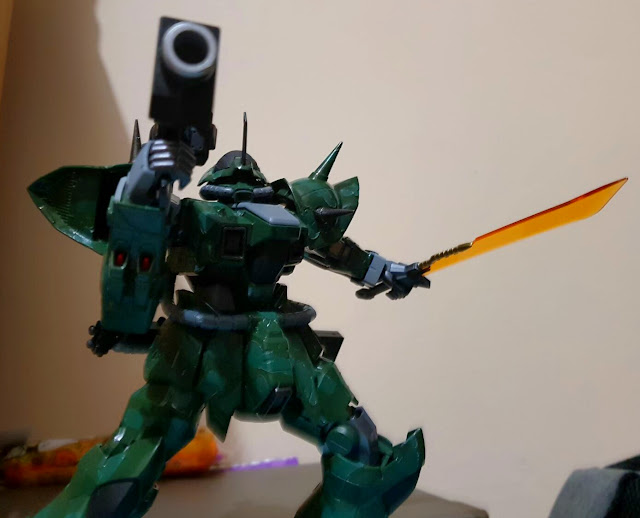 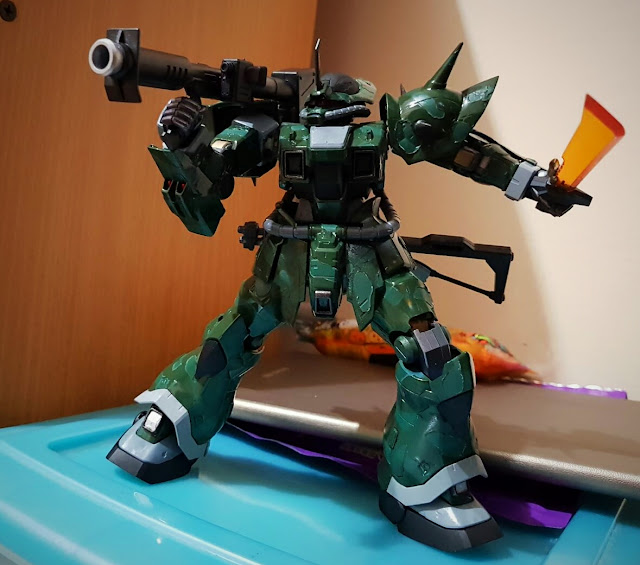 Posted by Gunplanerd at 4:37 PM

Email ThisBlogThis!Share to TwitterShare to FacebookShare to Pinterest
Labels: Customs, RE100, Ver. GPN