The Dom is a favourite among the hardcore Gunpla modding community and it's not hard to see why. The unique flavour of its bulky designed combined with its "brute force" aesthetic and giant weaponry make the Dom a popular choice for solid, spectacular builds. In fact, one of the recent champions of the prestigious Ora Zaku competition was a highly modified MG 1/100 Dom, although it has been severely altered into a glorious and intensely different form.

The MG version of the classic Dom is pretty old, having being released way back in 1999. Since then, Gunpla technology has improved by leaps and bounds, in terms of the trinity that is mechanical detail, build quality and articulation. It wouldn't be fair to compare the Dom to modern day MGs like the RX-78-2 Ver. 3.0 or even the GM Sniper II, but the Dom still possesses a highly intricate inner frame that isn't too complex to construct.

You can see the Dom as a blank canvas, the purple-black armour giving modelers and abundance of space for scribing, armour cutting and other modifications. The stock armour is more or less devoid of any outer mechanical detail or panel lines, giving it a very luscious, anime-style look and feel. Indeed, the completed model kit in its purest form makes it seem like the Dom has stepped out of the anime and into your hands!

The model kit comes with a generous complement of accessories, perfect for cannibalising for other builds and customs. Along with its signature 360mm Giant Bazooka that strangely comes without a pivoting grip, the Dom is also packed with a Rakten Bazooka with attached shield, a 120mm machine gun, two sturm fausts with different handles and mounts as well as a heat saber. The model kit is given the standard movable hands found in many older MGs, which is a boon and a bane to some. On the plus side, the moving fingers allow the Dom to be a little more expressive and grip its weapons more naturally. On the other hand however, fingertips tend to come off easily and it can be challenging wrapping the fingers around the weapon grips. Also, only the bazookas come with tabs in the grips that plug into sockets in the Dom's hands to provide a more secure fit; the rest of the weapons just sit there in the palms without anything concrete to hold them down, although the grip is still pretty secure.

The strangest thing about the Dom model kit is the 360mm Bazooka's lack of a pivoting gun grip. This makes it difficult for the Dom to hold the bazooka over its shoulder is it normally would. The tab in the grip needs to be shifted all the way to the top of the connecting socket, so that the weapon has just enough leeway to assume an over-the-shoulder firing position. It's a little tricky but it can be done. Articulation wise, the Dom is still able to strike pretty snazzy poses despite its bulk and hulk, but balance is an issue.

Overall, the Dom is a good build with a lot of potential for modification! 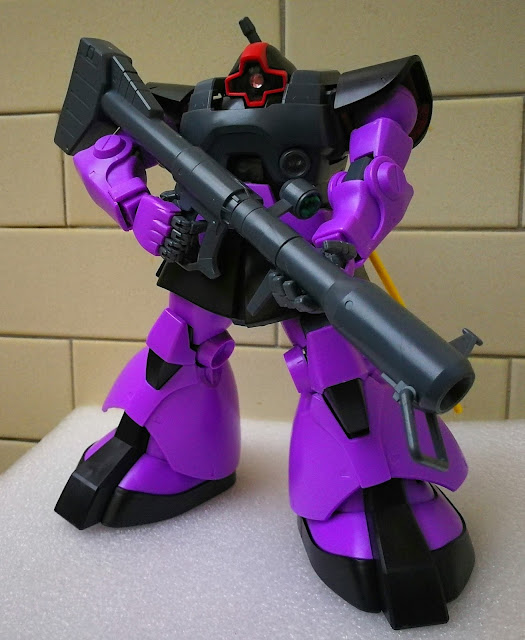 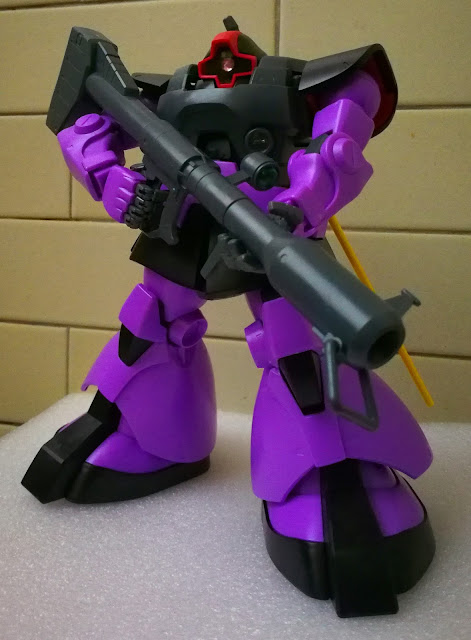 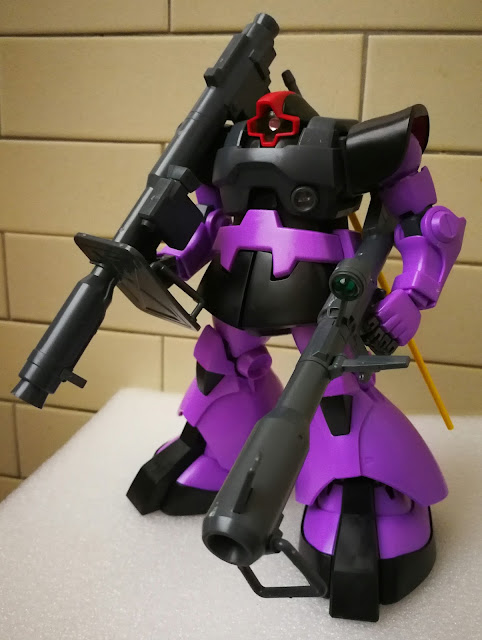 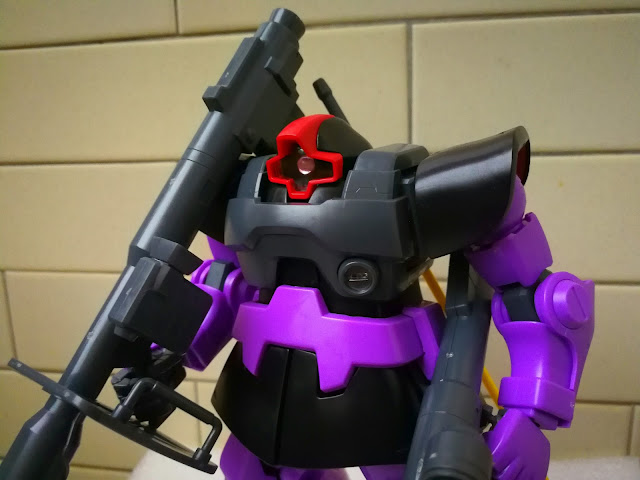 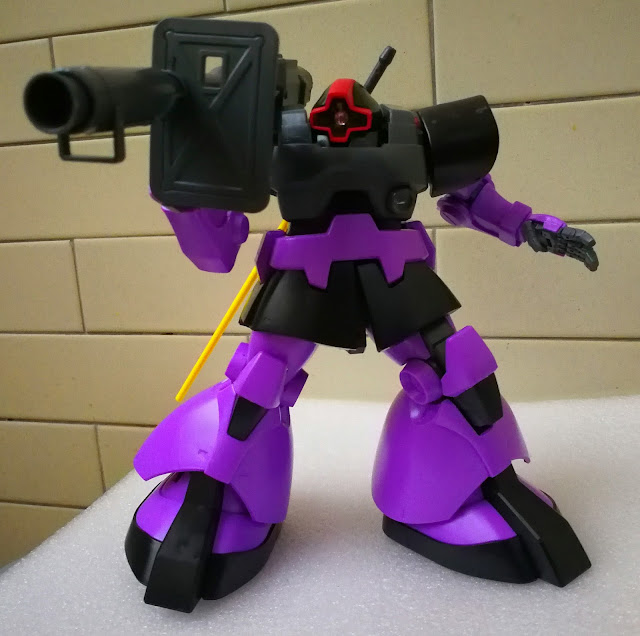 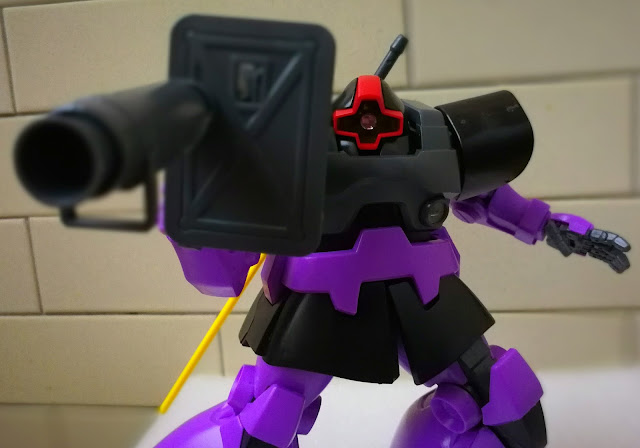 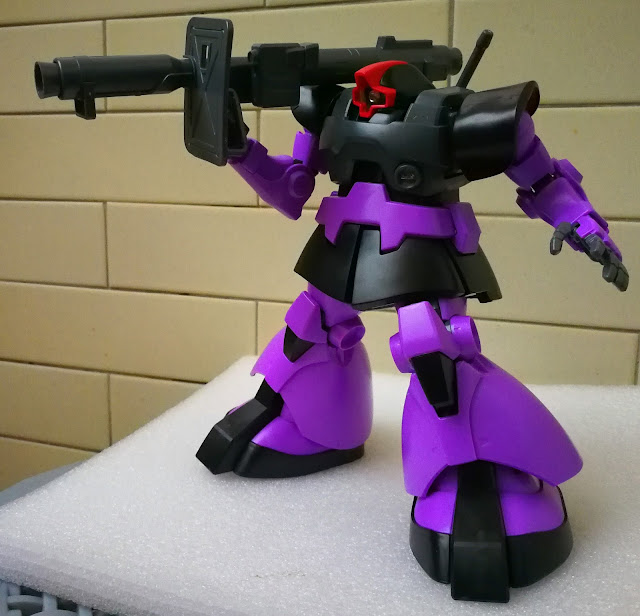 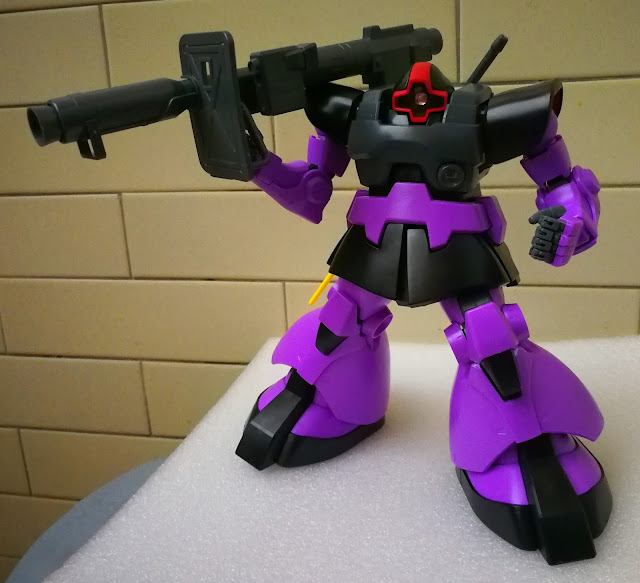 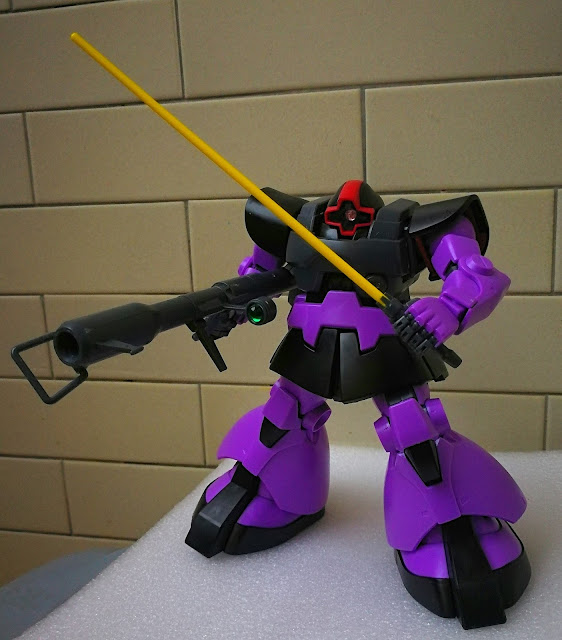 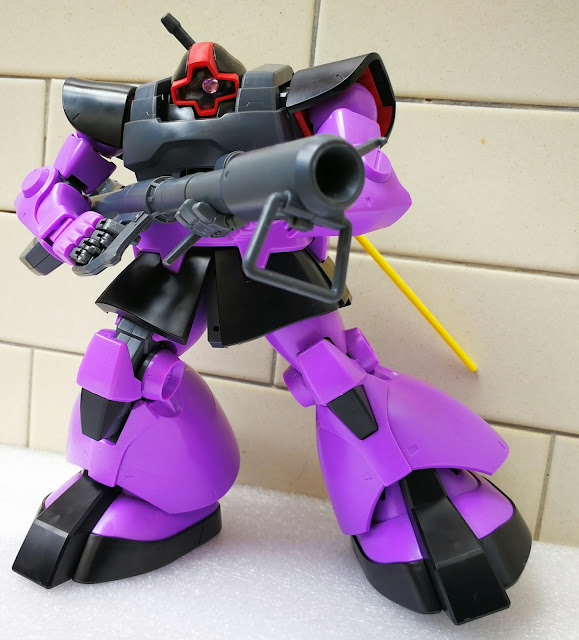 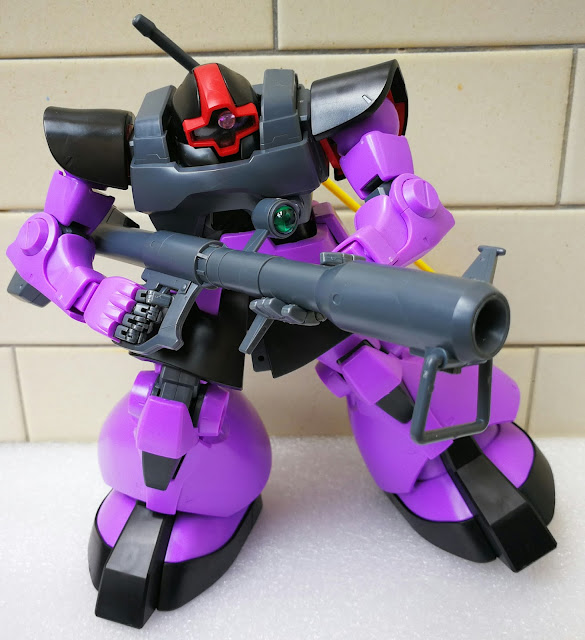 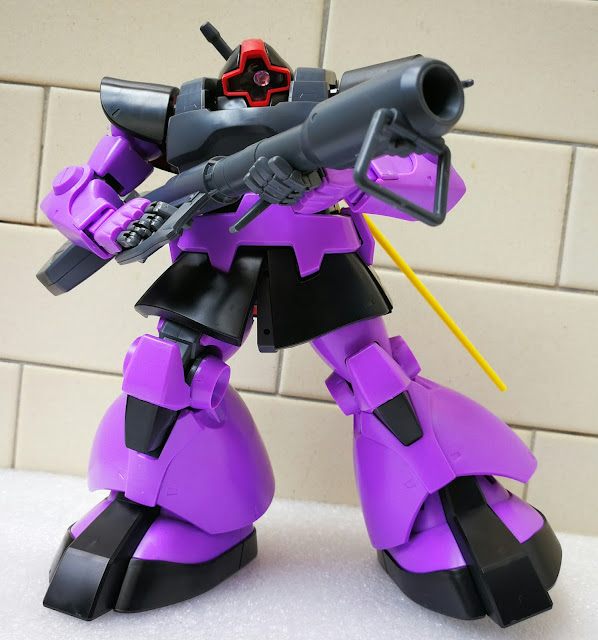 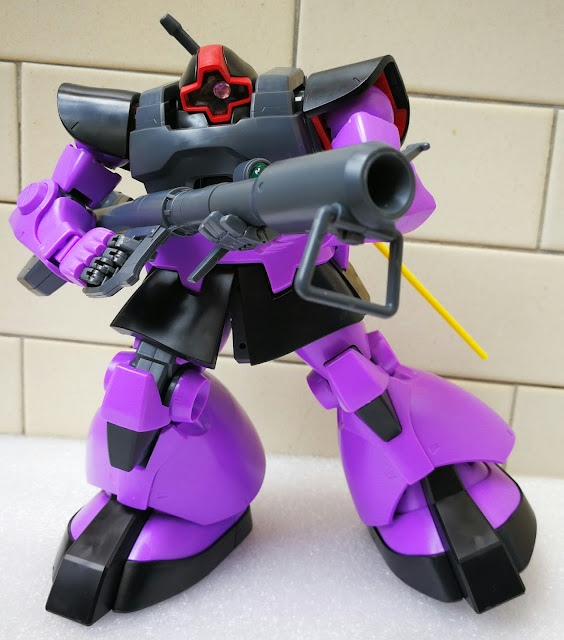 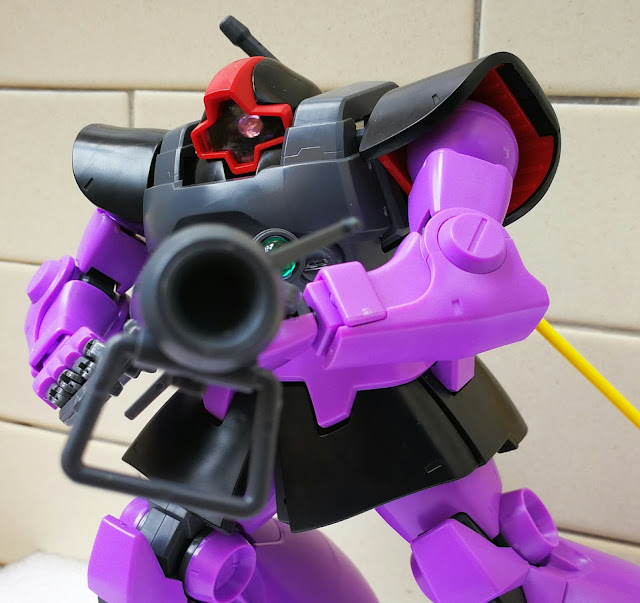 Posted by Gunplanerd at 4:14 AM