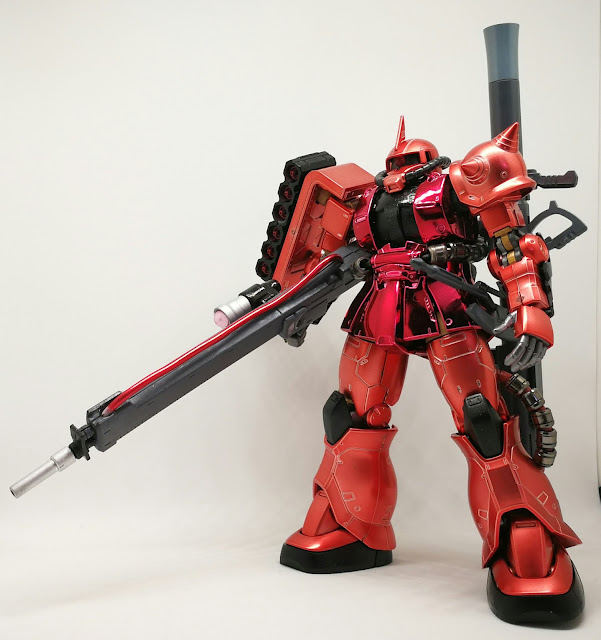 
Gundam Build Fighters Battlelogue is actually a pretty fine series, even if they are really just commercials for upcoming Gunpla releases. The first episode remains the best one, pitting Char Aznable against Ribbons Almark/ Amuro Ray, delving beyond the reel as both latter characters are voiced by the same actor. The prospect of a Battle AI system is promising: match-ups involving characters across universes and timelines are now possible. Alas, Bandai/ Sunrise had other plans.

Making use of the latest Zaku mold in the form of the fantastic HGTO 1/144 Zaku series, the Ballistic Zaku R2 builds upon the Gunpla Expo Limited HGTO 1/144 Char's Zaku II (Metallic Colour Ver.). A combination of metallic coating and electroplating, the premium parts give the R2 a nice sheen, contrasting with the duller tones of its weapons and equipment. The energy piping on the head unit was changed to metallic black while metal cable segments were added to the chest and leg piping to further draw on the metallic aesthetic.

The original Ballistic Zaku boasted a comprehensive roster of weaponry: the Zaku Bazooka, a heat hawk, three funnels, a beam halberd as well as the Nightingale's heavy beam rifle, a weapon that only exists in the 1/100 format. Expanding on this weapons loadout, the R2 features a hyper mega launcher that draws power directly from the Zaku's reactor, the Zaku Bazooka, a heat hawk, two racks of three funnels, two chest gatling cannons, two forearm-mounted double-barrelled 90mm machine guns as well as the beam halberd.

Using the Zaku II's tremendous boost, the hyper mega launcher would be used to lay down heavy beam fire from great distances, distracting the enemy and causing massive damage. The bazooka would be used to take out hard targets from medium range while the funnels would keep pesky enemies at bay, working with the forearm-mounted machine guns and chest gatling cannons to knock out enemy single-ship fighters, drones or remote weapons.

Cutting across the battlefield in a sea of red, the Crimson Comet soars! 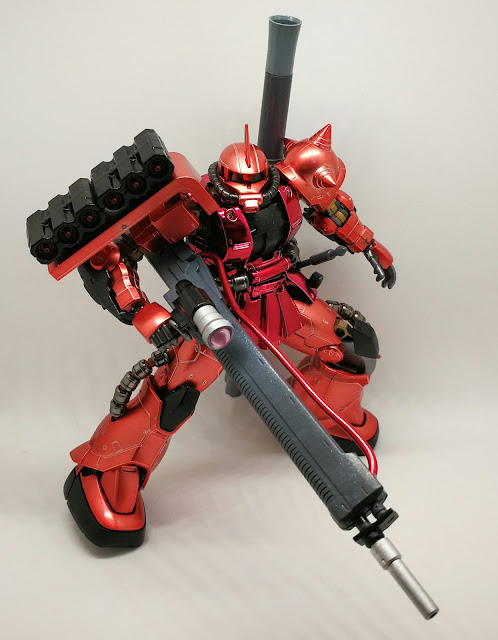 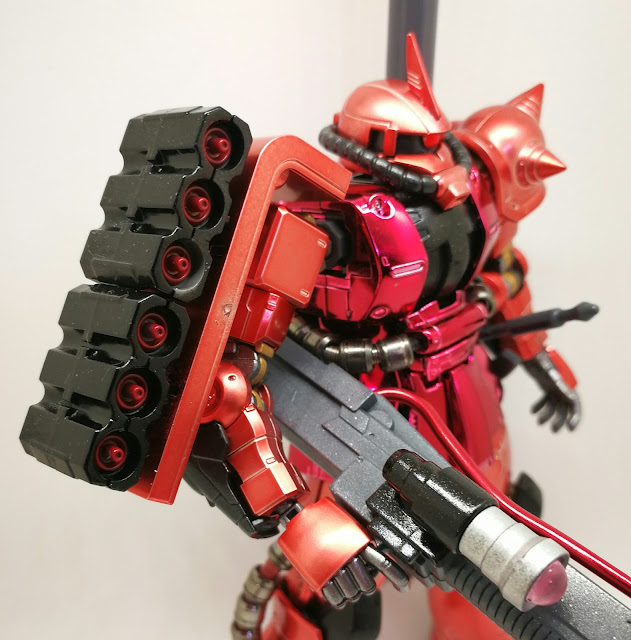 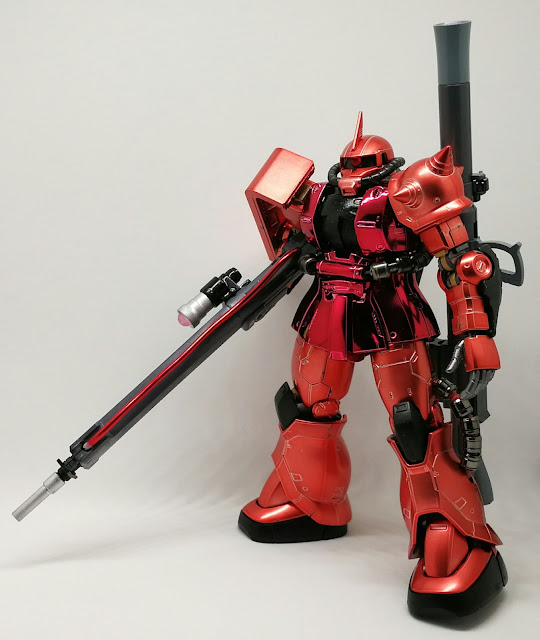 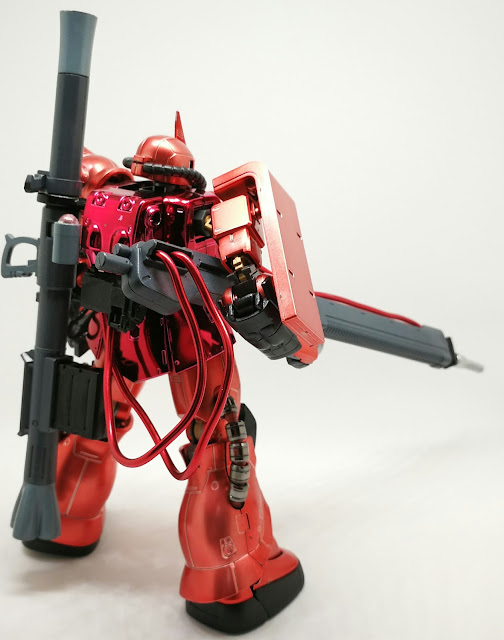 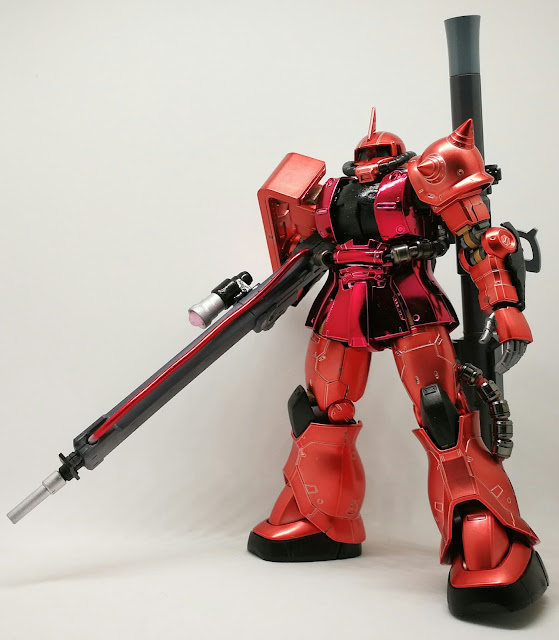 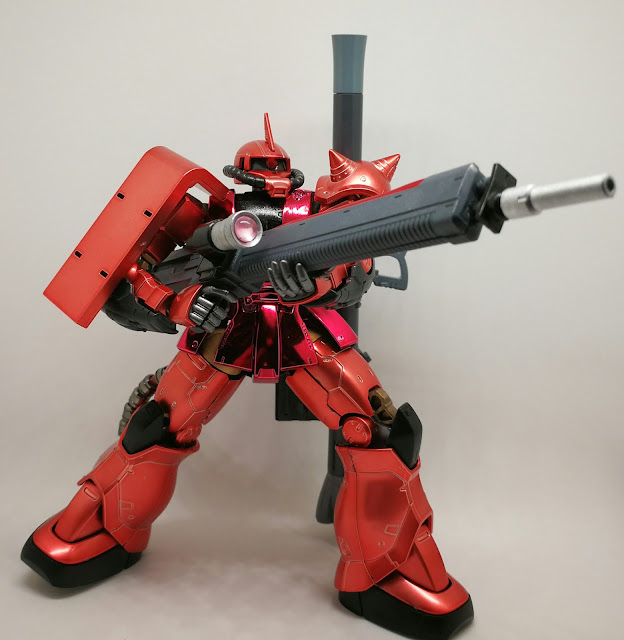 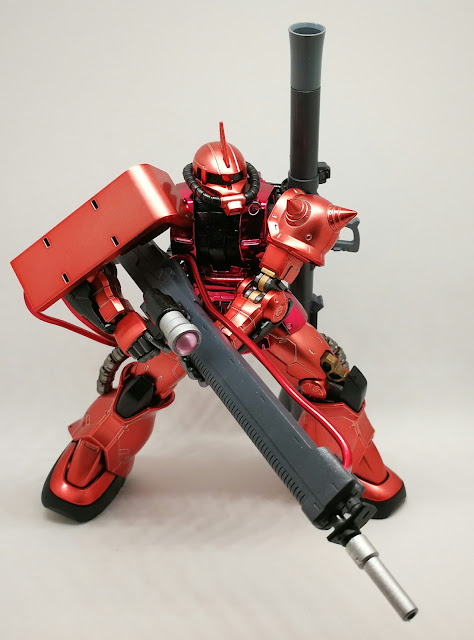 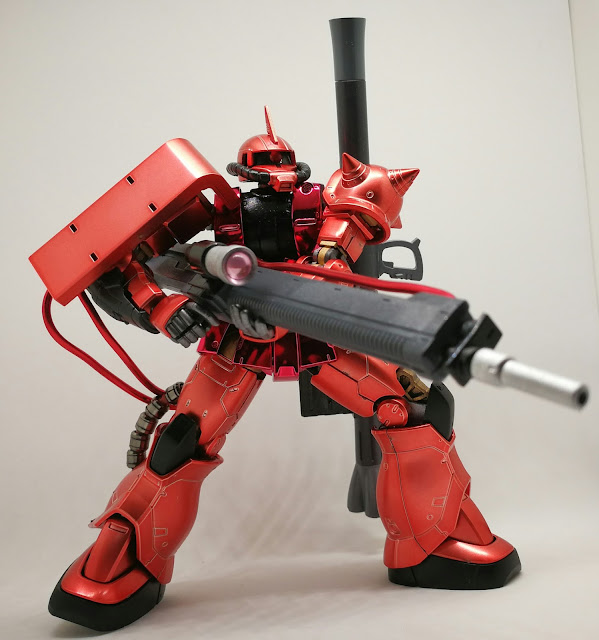 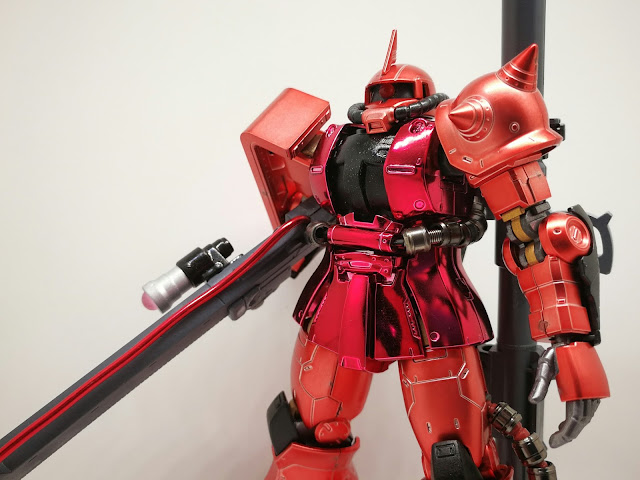 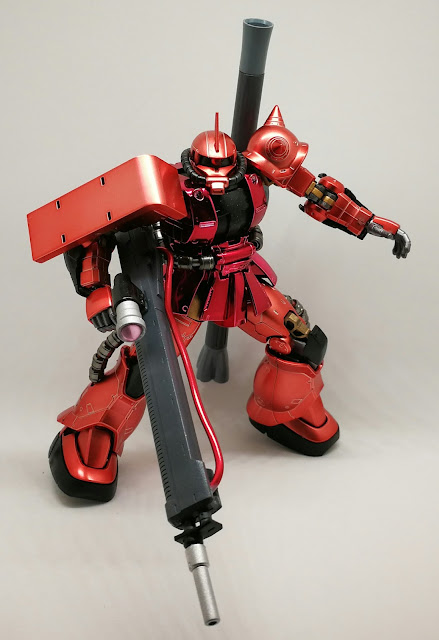 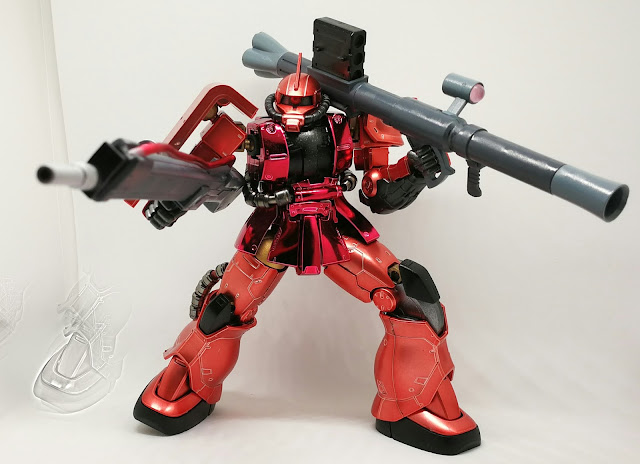 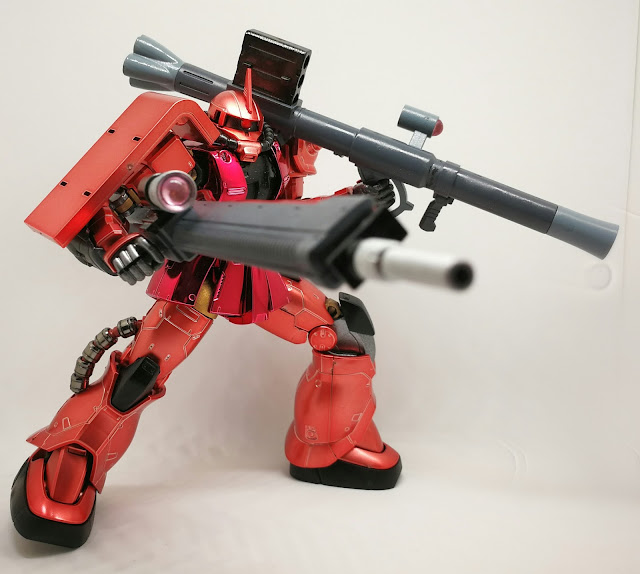 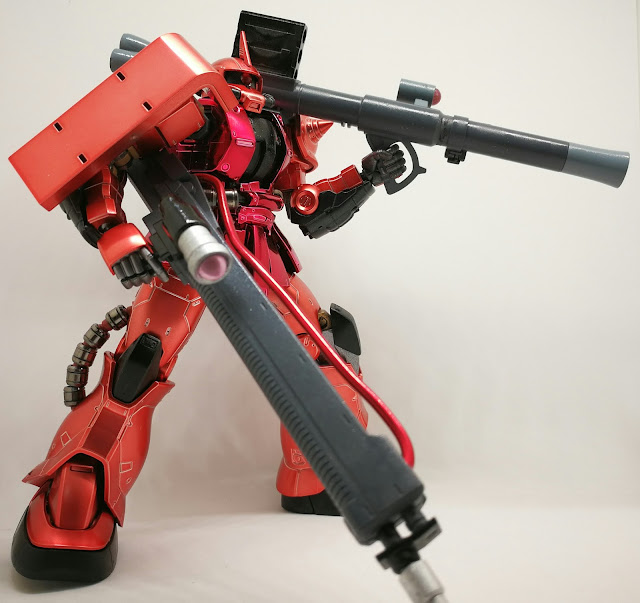 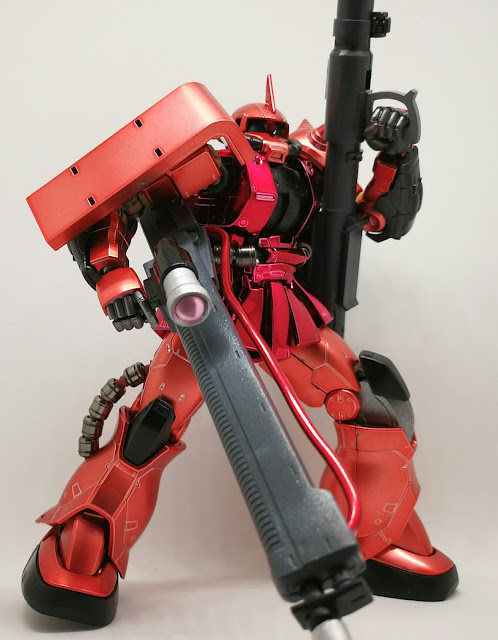 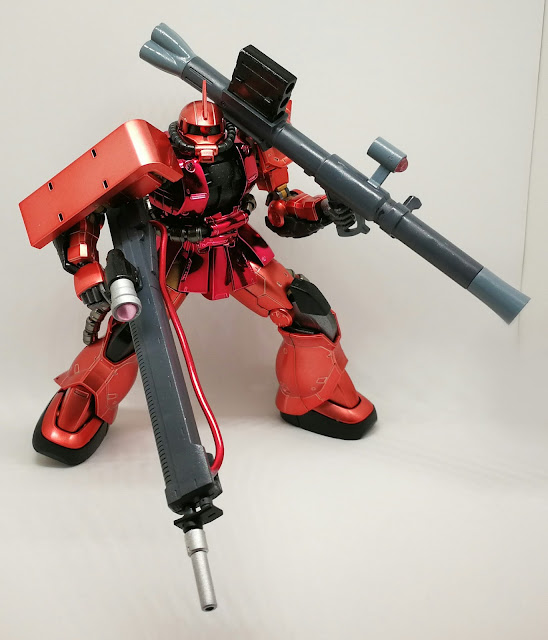 Posted by Gunplanerd at 4:04 PM