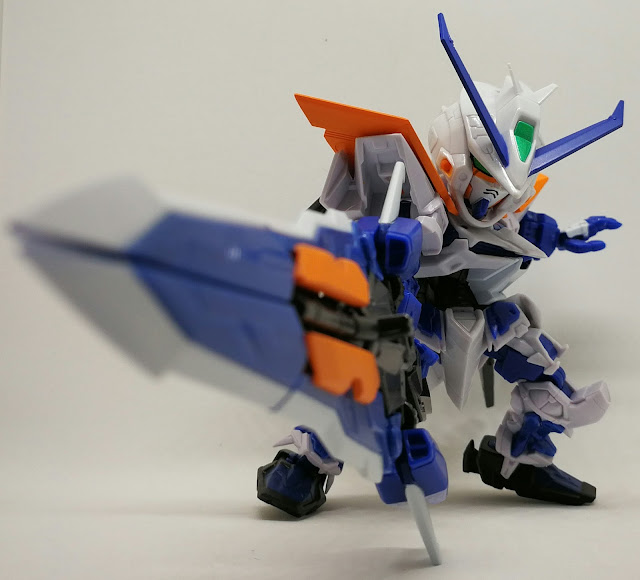 The best and worst parts of this figure is its huge sword.


Like its arguably more popular series-mate, the Gundam Astray Blue Frame occupies a special place in the Gundamverse, having spawned many different variants, renditions and iterations of the azure-coloured mobile suit. While the Red Frame is closely associated with the Gerbera Straight katana, the armament of the Blue Frame is more open-ended. It has been equipped with a whole mobile suit platoon's worth of ranged armament in the Metal Build, just one bazooka in the Real Grade and Perfect Grade and also a line of bladed weapons in the Master Grade versions. The NX Edge Style version of the Blue Frame is based upon one of these Master Grades: the Second L.

The most defining feature of the Second L is the massive, multi-purpose handheld weapon with a fairly innocent name: the Tactical Arms II. Designed and built by the Red Frame's pilot, the first version of the weapon was given to the Blue Frame for its rematch with the Socius Clones and their Long Daggers. Another version of the same weapon was eventually equipped onto the Red Frame, becoming the Red Frame Kai.

As far as weapons go, the Tactical Arms is a fascinating piece of weaponry. Ostensibly a massive zweihander, the weapon also functioned as a backpack that bestowed great amounts of mobility and agility to the mobile suit it was attached to. Additionally, the Tactical Arms could also be used as a ranged weapon thanks to the concealed Gatling Cannon. The blades of the weapon could also be removed and mounted to the Blue Frame's forearms, forming tonfa-like armaments for ultra close quarters combat.

The NX Edge Style Blue Frame's Tactical Arms is able to achieve all of the aforementioned design aspects of the weapon, some better than others. Of course, the size and mass of the weapon in its default buster sword mode is too much for the Blue Frame's wrist joints: the sword is best rested against a flat surface or plane for best effects. As a backpack, the Tactical Arms looks fantastic, giving the vanilla Blue Frame some much-needed back kibble to make it look more "complete". The Gatling Cannon feature is also recreated in the NX Edge Style format, but the SD-ish proportions make wielding the cannon a tad awkward. Lastly, the tonfa-style blades are easily the best loadout for the Blue Frame.

As with most NX Edge Style MS Units, articulation is great for the Blue Frame and then some as the unit has regions of unobstructed mobility. Care would still have to be taken when posing as the massive Tactical Arms throw off the figure's balance especially with its small feet. You'll spend a lot of time getting the Tactical Arms to stand straight and true but once done, it will look fantastic.

The Blue Frame comes with a stand and some other accessories but who cares, there's the Tactical Arms! 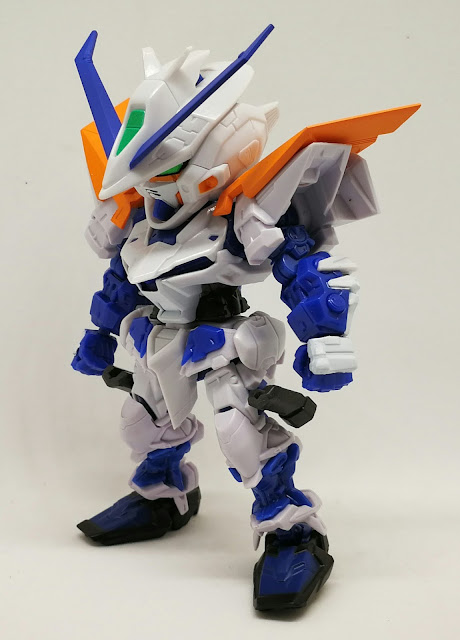 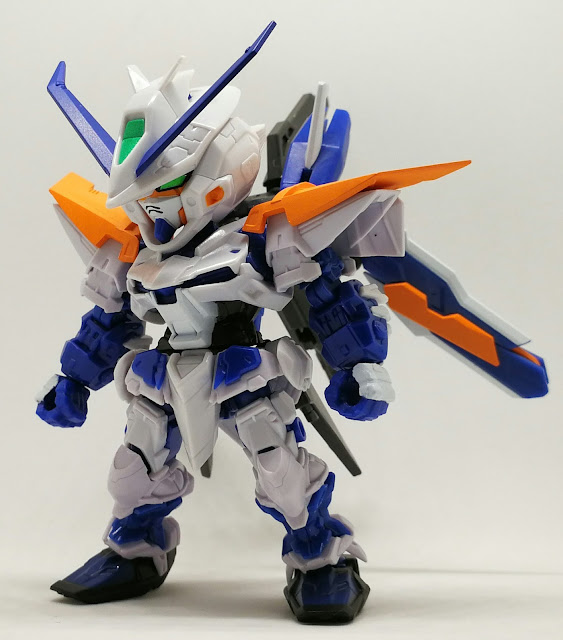 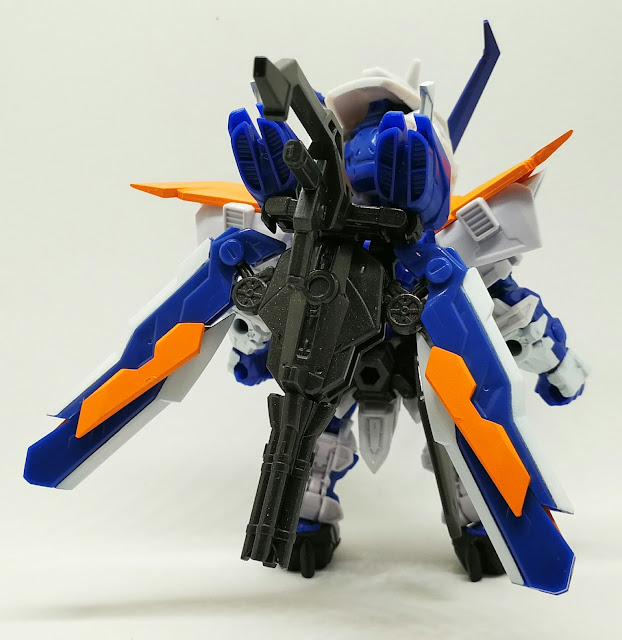 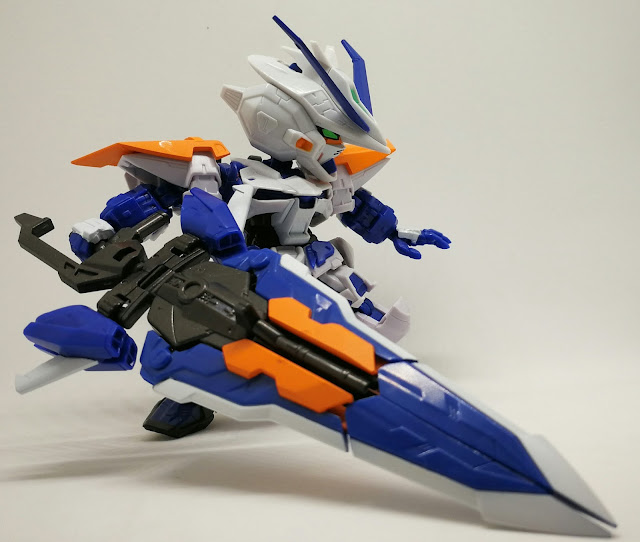 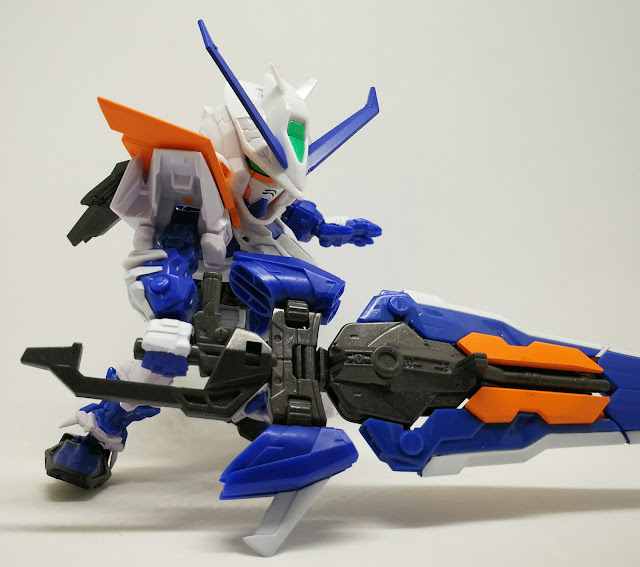 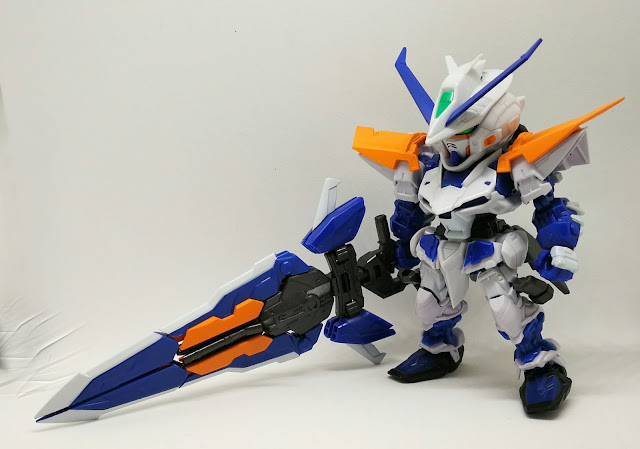 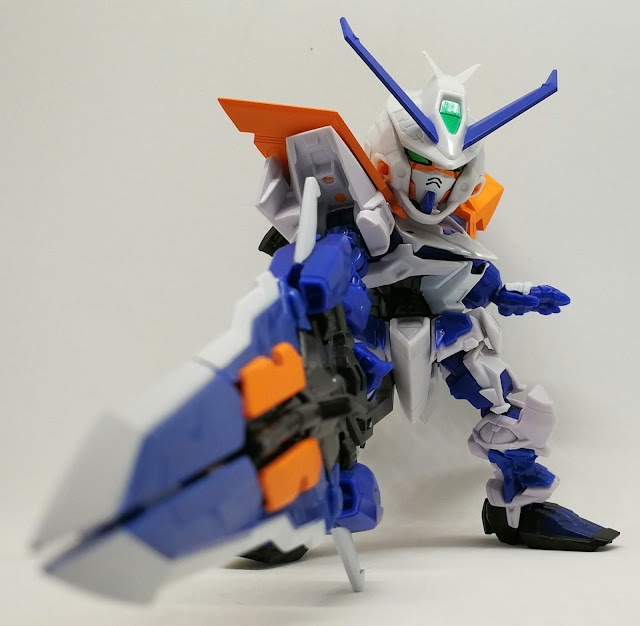 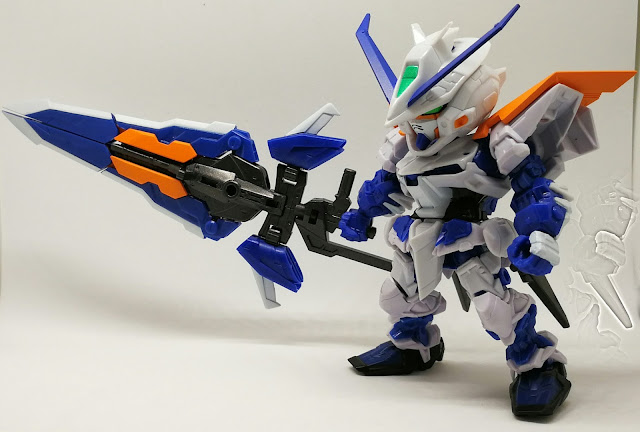 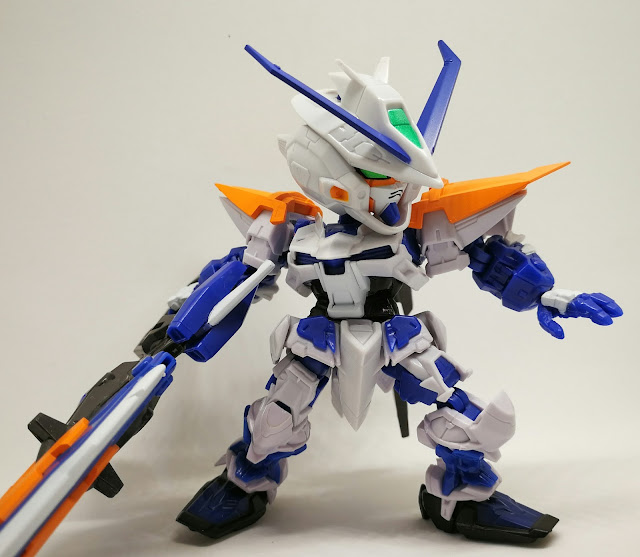 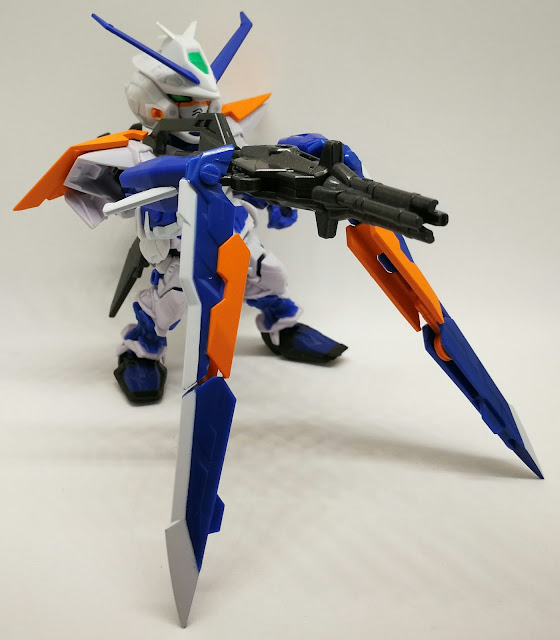 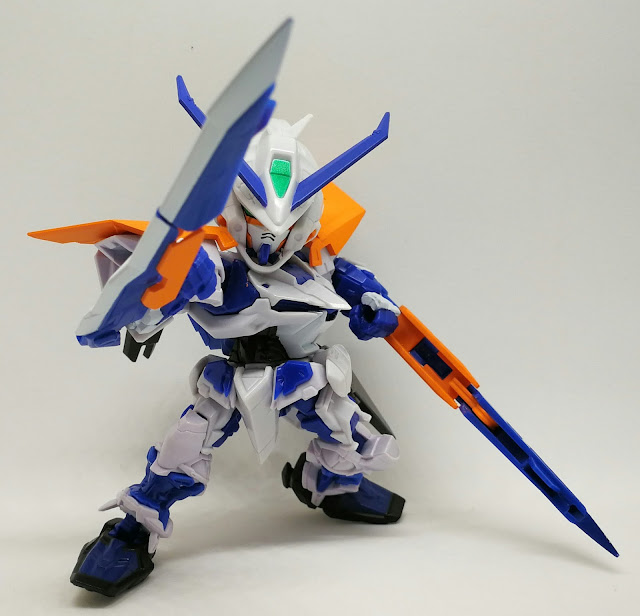 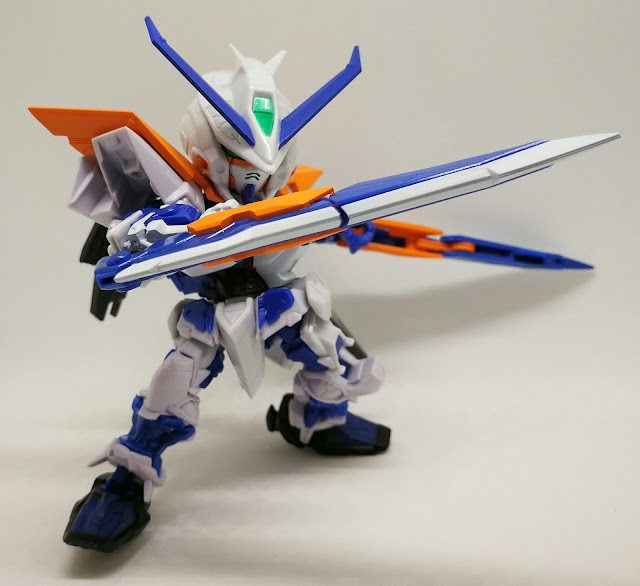 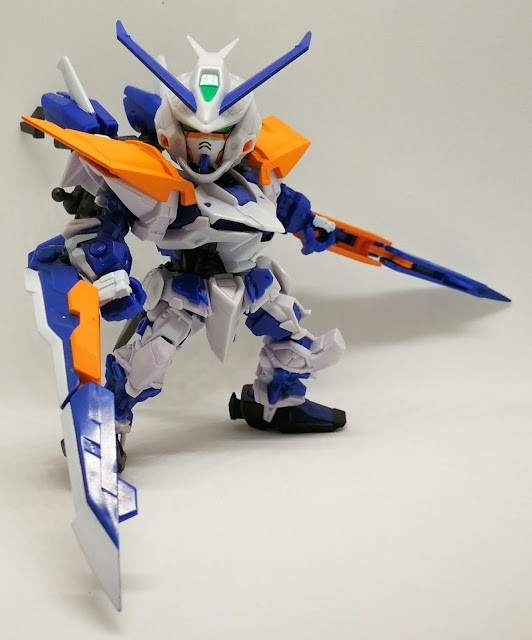 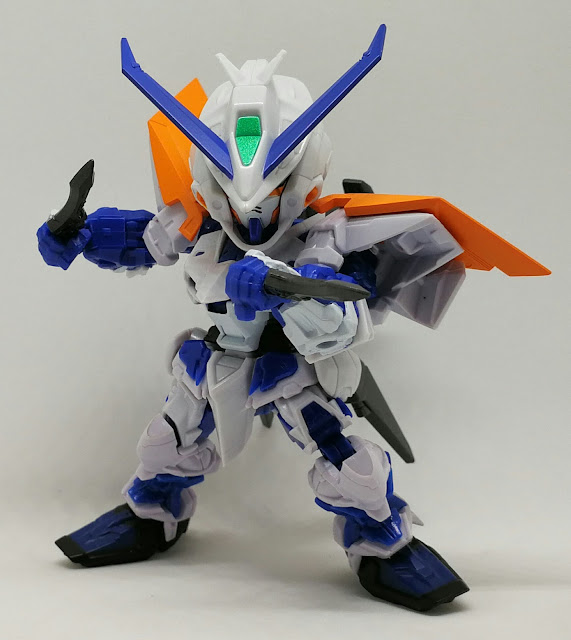 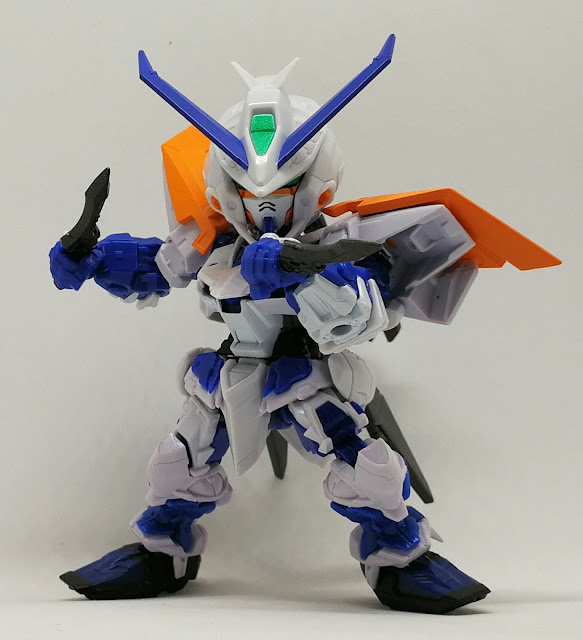 Posted by Gunplanerd at 5:24 PM