Having won nothing despite putting in more than 30 entries in 2016's Gunpla Campaign, I was pleasantly surprised when one of my 10 entries in the Gunpla 2017 Mid Year Campaign won a Course A prize!

Yet another variant of the HGUC 1/144 Unicorn Gundam [Destroy Mode] model kit, this Gundam Base Tokyo Exclusive Polarised Frame Coating version is a Campaign Limited item and not sold officially anywhere, much like any of the other limited Gunpla from previous Campaign programmes. The Unicorn set also comes with a nifty GBT Tool Set that comprises of a thin-blade nipper, a pair of tweezers as well as a sanding file, ostensibly designed to help newcomers ease into the hobby.

The only and most important difference in the Unicorn kit is in the psychoframe runner, usually made of clear material. A layer of coating has been applied to this runner, allowing it to reflect lightly beautifully while shifting colour when viewed from different angles. It's really quite beautiful although the finished product should be placed on a rotating stand to best showcase the beauty of the polarised coating frame. Scroll down to see a short video of the frame's colour-changing properties.

I might just do this up and customise it just to see how it looks assembled! 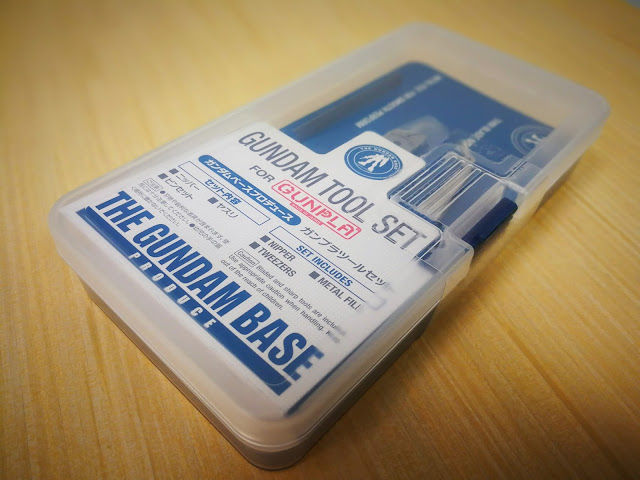 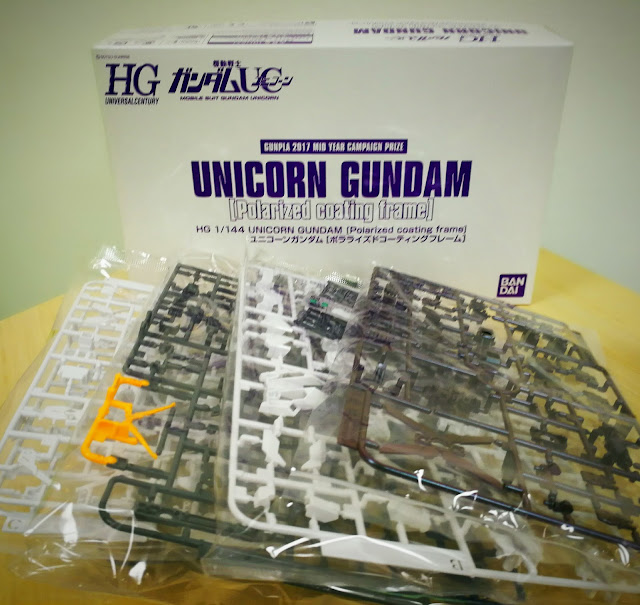 Posted by Gunplanerd at 4:33 PM