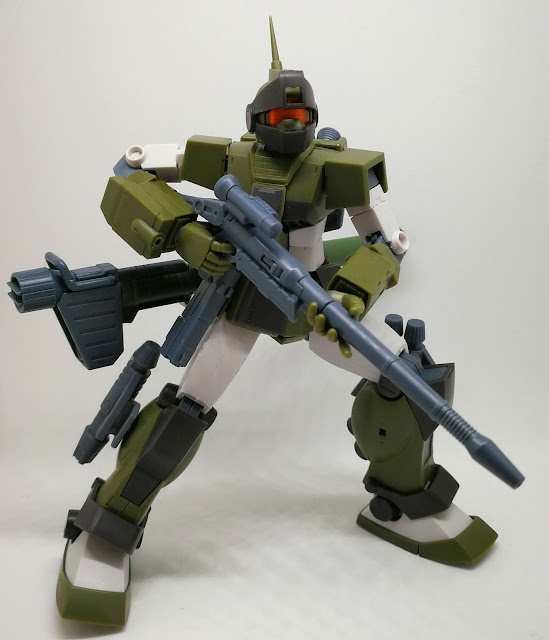 One of my favourite GM designs in an easy-to-collect and highly playable format!
Robot Damashii Ver. ANIME figurines, with their curved anime-centric proportions and (re)design, have somehow managed to attract good reception and attention from the community. Even though the line took some liberty on the revisited designs, distinct mecha influences are still evident to prevent these figurines from being classified as cheap toys.

The GM Sniper Custom Ver. ANIME is a Tamashii Store exclusive, limited to purchase via the Premium Bandai website. For a roughly 1/144 scale figurine, the price is rather hefty but still in the generally-acceptable neighbourhood for Robot Damashii items. Furthermore, the amount of accessories, weapons, interchangeable hand parts and gimmicky inclusions bundled with the GM Sniper Custom makes the purchase a little more #WorthIt. The initial release edition even comes with a huge sheet of waterslide decals for other Ver. ANIME figurines!

The Ver. ANIME line attempts to recreate the look and feel of the classic Mobile Suit Gundam anime released more than 35 years ago, down to the sculpting and shaping of the figurine's limbs. Make no mistake, the figurine is still very much a mechanical weapon of war, with generous amounts of panel lines and mechanical details etched onto its surface. Ver. ANIME figurines occupy the middle ground between reel and real, inching towards the latter with their sizable weapons complement.

The GM Sniper Custom is equipped with the same weaponry as its MG 1/100 counterpart but it one-ups its bigger cousin by being able to mount ALL of its weapons. The MG version comes with only one set of weapon mounts for the Beam Spray Gun/ Double Beam Spray Gun, meaning the other weapon will have to be stored at base or handheld. Thanks to a generous supply of weapon mounts, the Ver. ANIME GM Sniper Custom can carry its R4 Type Beam Rifle, equip its shield, latch the box beam saber on its forearm, holster the Folding Beam Handgun on its side skirts, attach the Beam Spray Gun to its left leg, attach the Double Beam Spray Gun to its right leg and also store the hyper bazooka on its back skirt armour.

For Robot Damashii figurines, articulation and stability are key. It is what drives people to buy Robot Damashiis over regular High Grade model kits as the combination of those factors result in immense poseability and playability without the relative fragility of model kits. Besides, no builder would want to risk breaking their painstakingly detailed model kit by putting it in dynamic poses, although that is arguably one of the key facets of showcasing builds.

As with its other Ver. ANIME brethren, the GM Sniper Custom boasts superb articulation. Parts also stay on snugly when poses are being executed although movable bits like the arms and skirt armours can come off if excessive force is applied. Testament to its fantastic mobility, the GM Sniper Custom is a breeze to pose with, effortlessly achieving dynamic and stylised stances that look pretty incredible. You can definitely get more poses out of the GM Sniper Custom with an action base, but the figure is already pretty damn good on its own.

The myriad of effect parts, another Ver. ANIME hallmark, add to this playability. Although restricted to only beam effects, they are nonetheless a logical and welcome inclusion. It adds to the worldbuilding when the R4 Type Beam Rifle is able to produce a clear pink beam or when the box beam saber can generate a giant curved beam blade.

While we patiently wait for a HGUC 1/144 (or even a RG) GM Sniper Custom, the Ver. ANIME iteration is a fantastic stand-in. 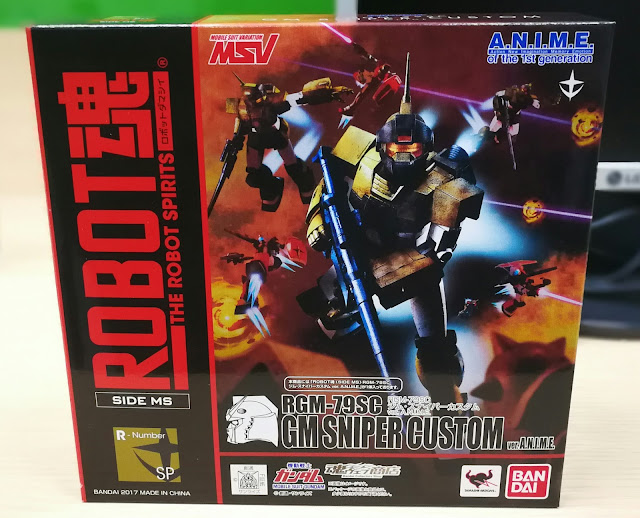 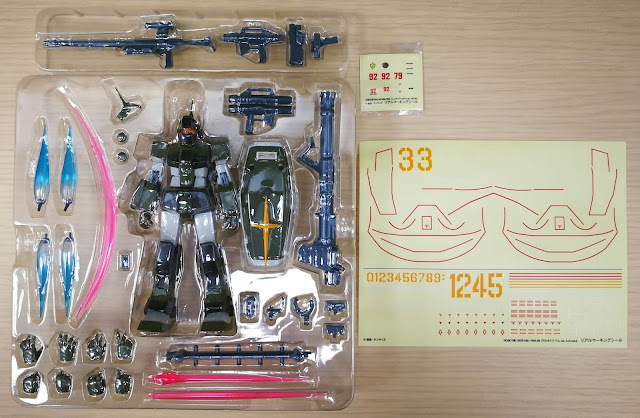 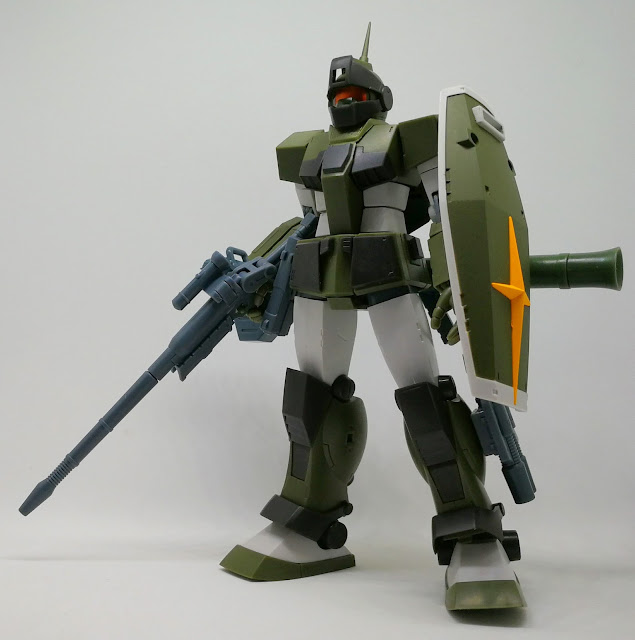 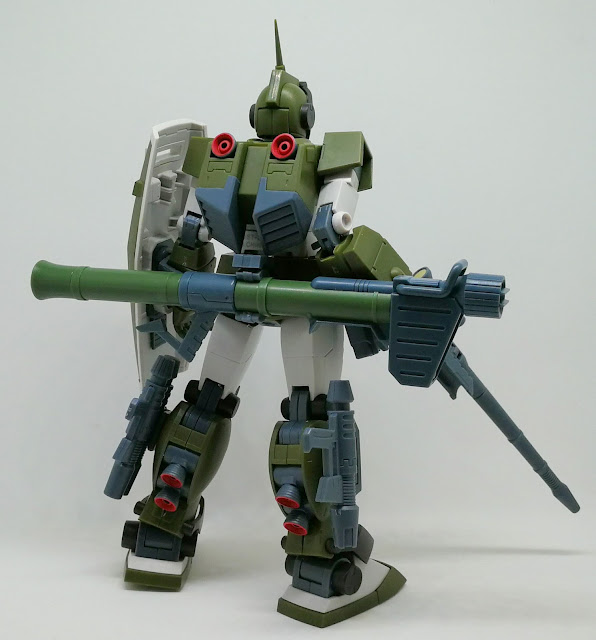 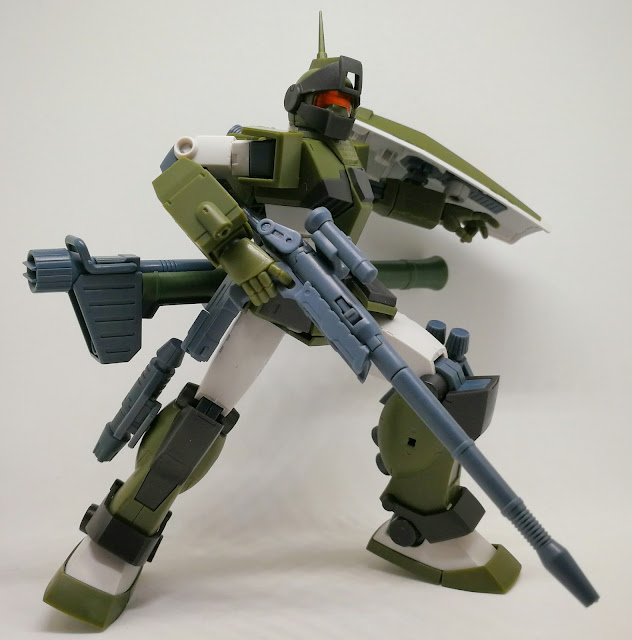 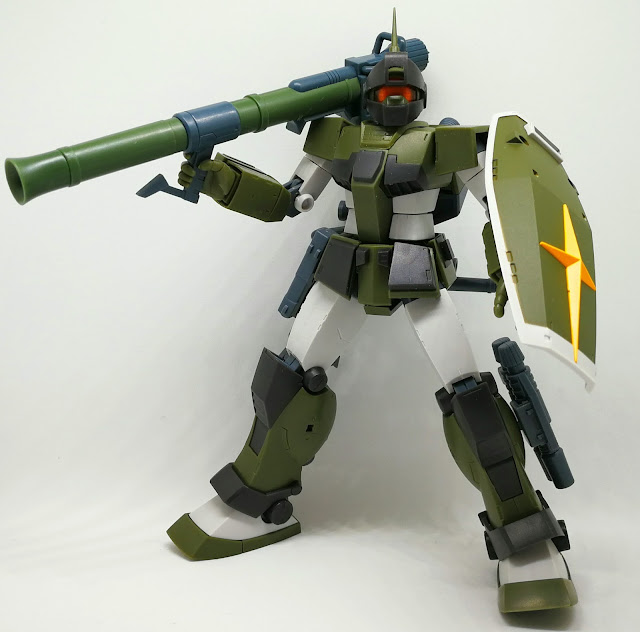 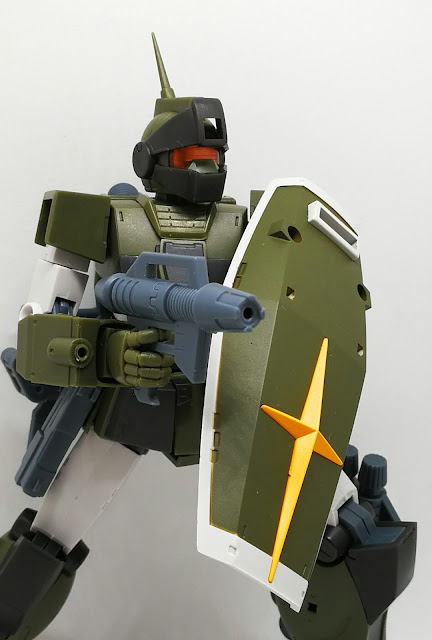 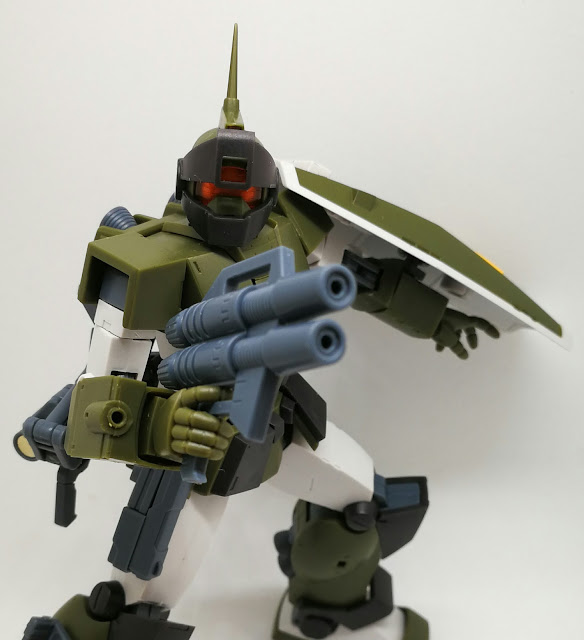 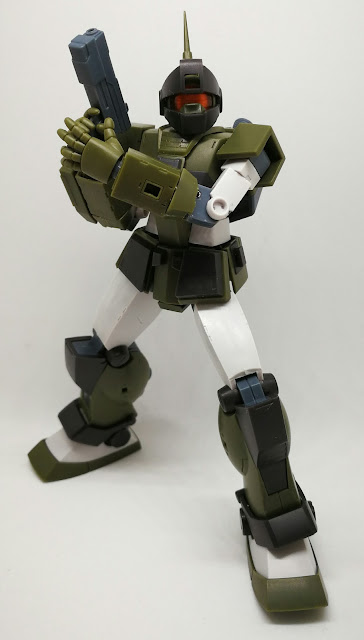 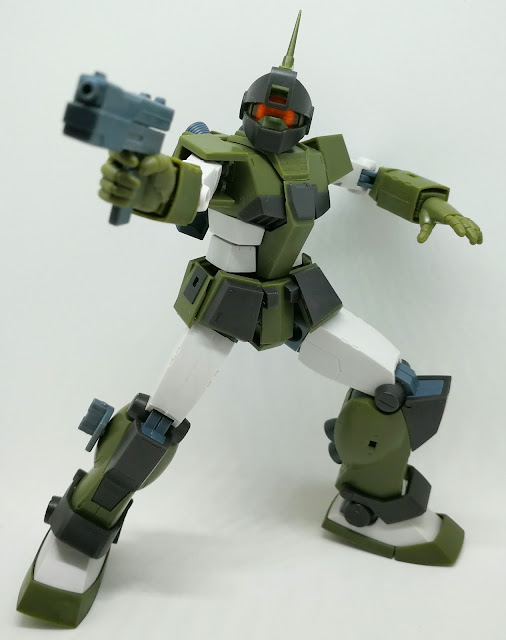 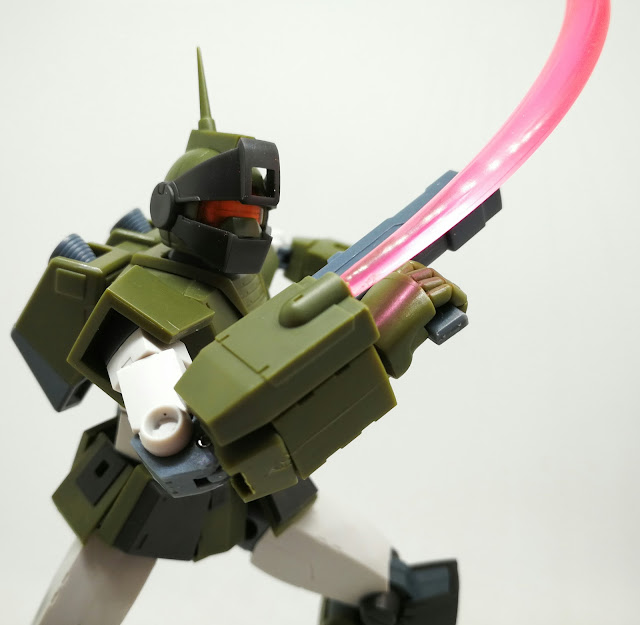 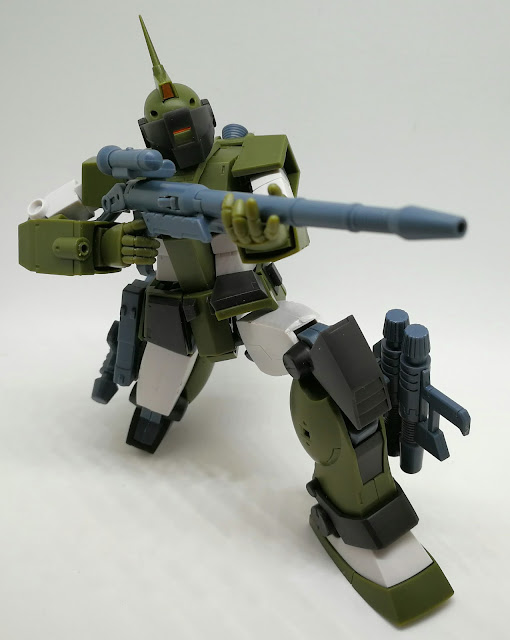 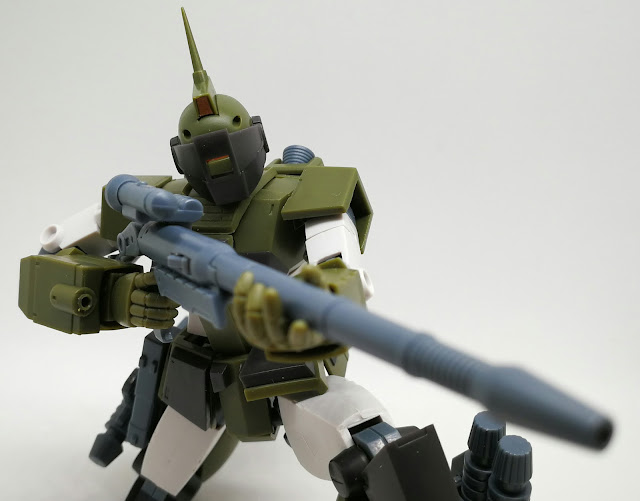 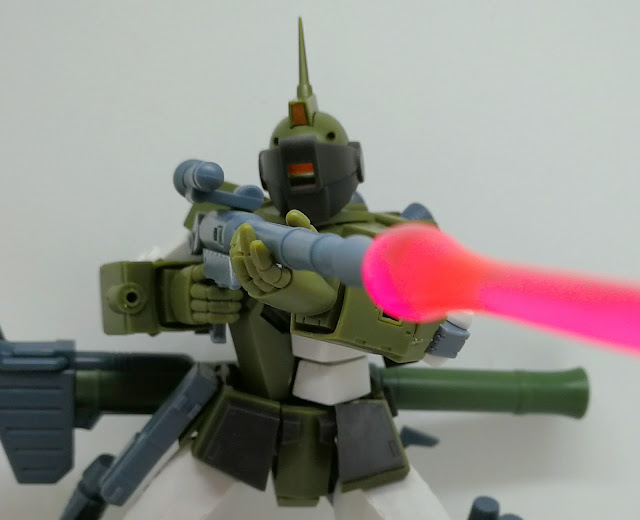 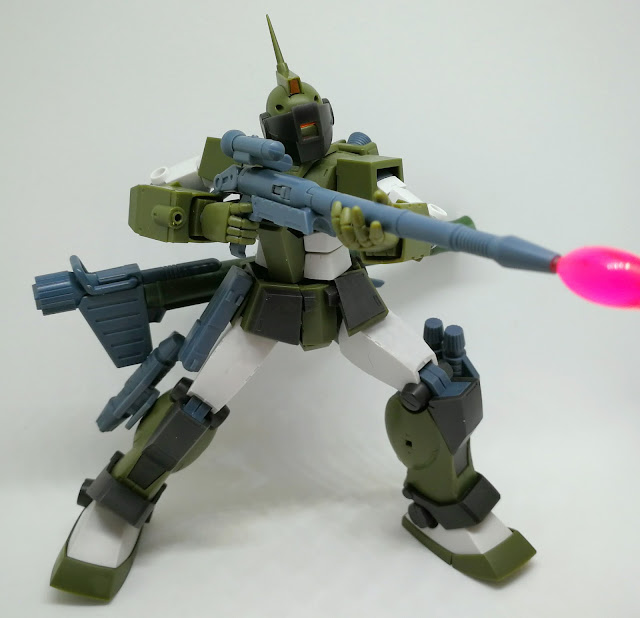 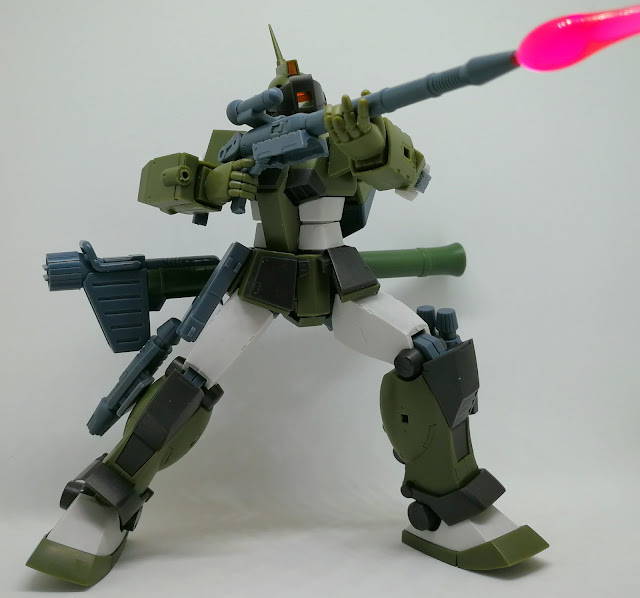 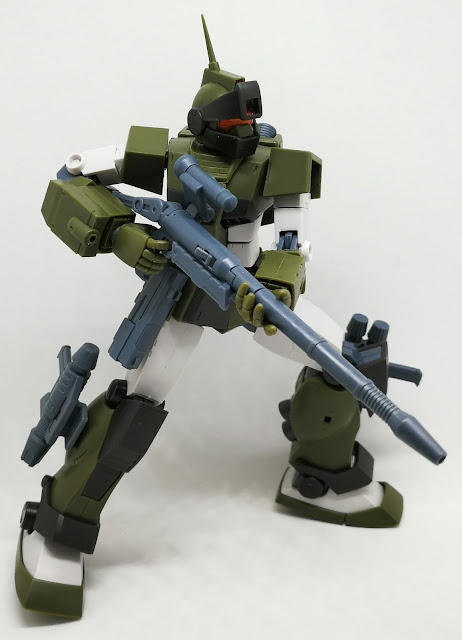 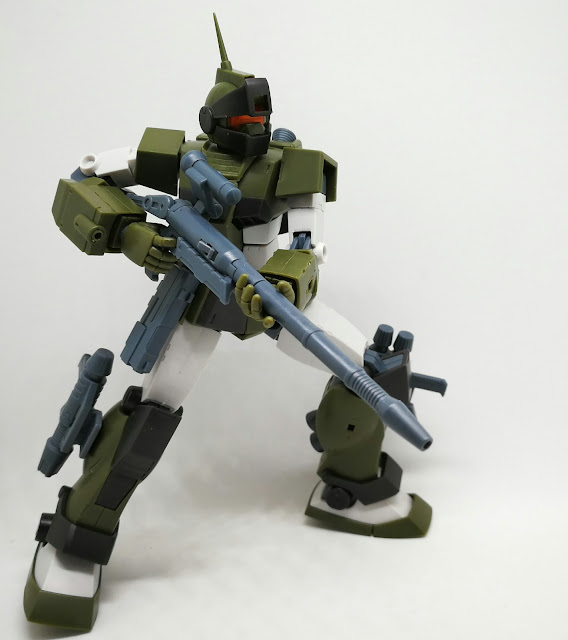 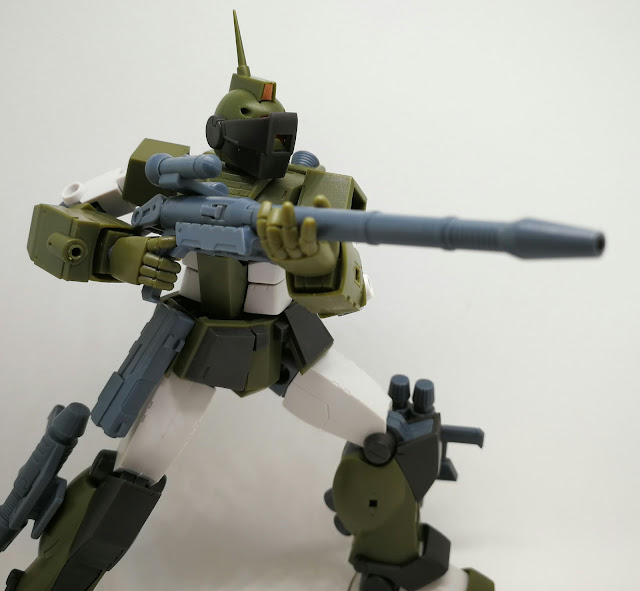 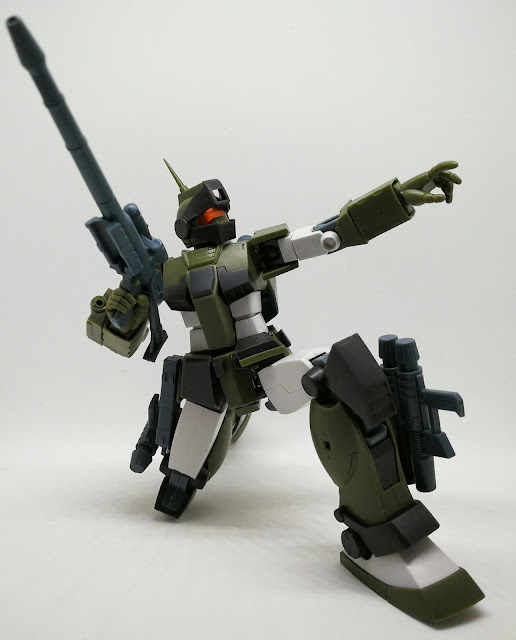 Posted by Gunplanerd at 4:56 PM