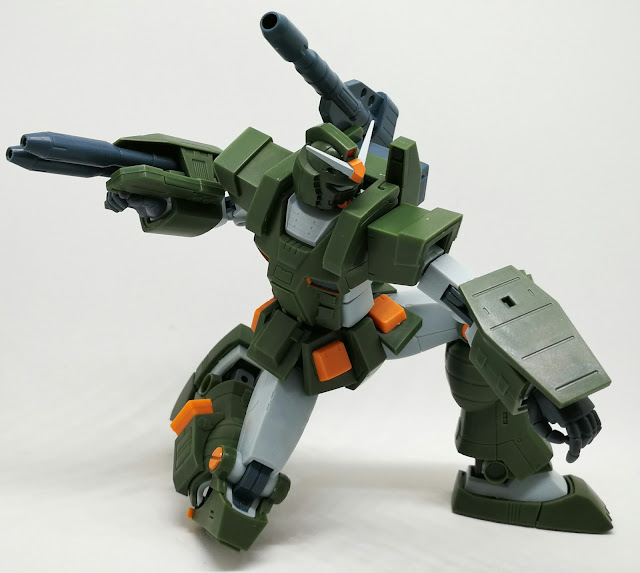 The most articulated version of the Full Armor Gundam in existence!


Ver. ANIME figurines have been coming hard and fast, with releases announced in rapid succession. The FA Gundam was released in February last year, but I only managed to get it in the later half of the year when it was on sale from Hobby Link Japan. As they say, better late than never!

The FA Gundam is a rehash of the Ver. ANIME RX-78-2 Gundam, the first in the line. A recoloured RX-78-2 that replaces all the primary colours of the original with dull hues more befitting of a machine of war, the FA Gundam package includes all accessories bundled with its predecessor, right down to the head vulcan effect parts.

The key thing about the FA Gundam is of course the Full Weapon System (FWS), the namesake of the mobile suit. Consisting of armor sections and additional weapons that snap on and latch on the the main body, converting the stock Gundam to its full armor variant is relatively simple although care must be taken when mounting the leg armor: the sections here seem a little too fragile for my liking. When you complete this process, you will definitely feel a sense of sheer satisfaction.

With Full Armor type mobile suits, mobility is inadvertently hampered due to the additional material all over the frame. Even with the legendary 2.0 inner frame, the Master Grade version of the FA Gundam is acceptable, at best.

Being a finished product, the Robot Damashii Ver. ANIME version of the FA Gundam has significant advantages over a model kit. First and foremost, the figurine is very stable, being able to effortlessly execute the most dynamic of poses without fear of breakage. The limb joints are very fluid, allowing the FA Gundam to do a beautiful kneeling pose in full armor without breaking a sweat. Even without a stand, the FA Gundam will keep you occupied for a while with its great playability.

Overall, the FA Gundam Ver. ANIME is very worthwhile for its price point, so consider picking one up if you happen to see it on sale! 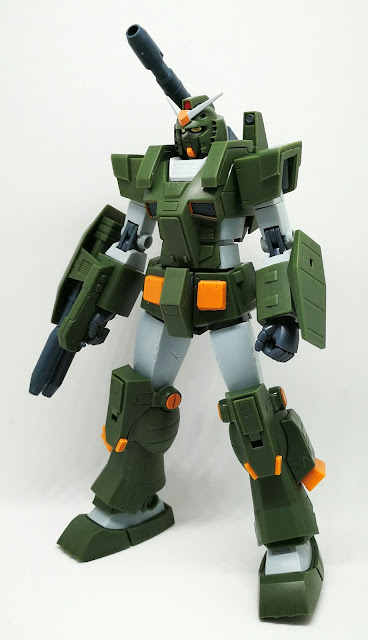 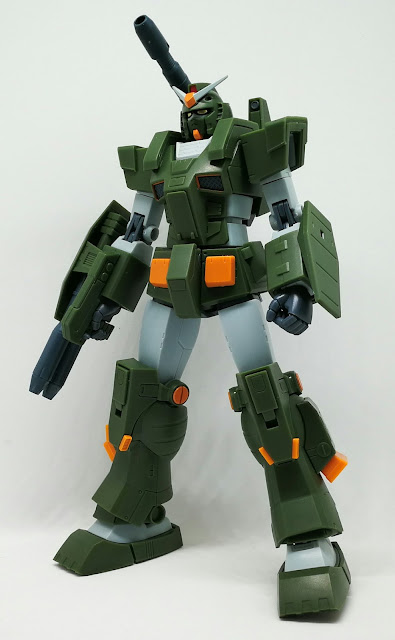 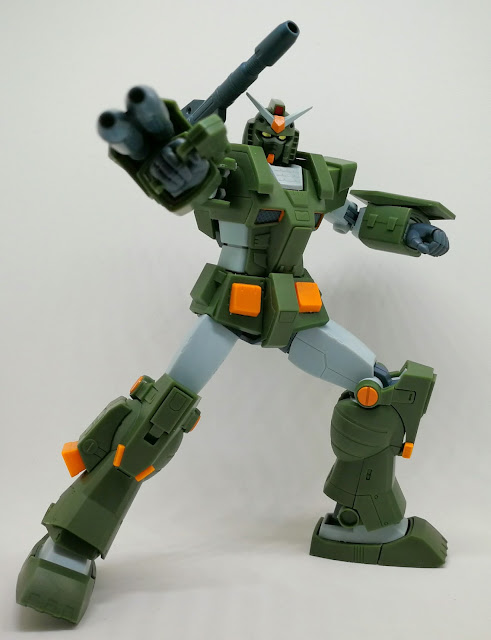 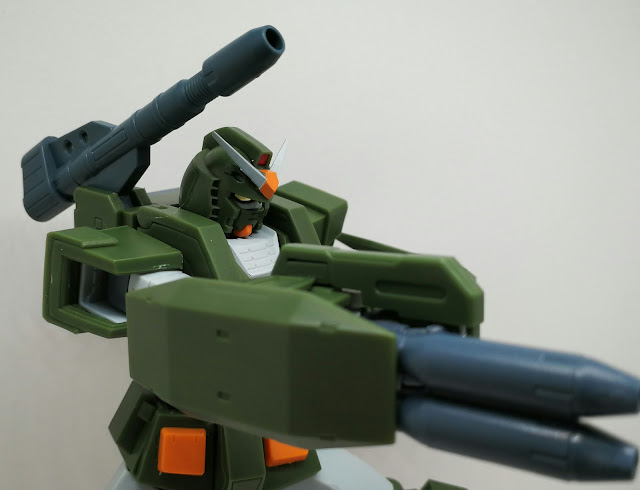 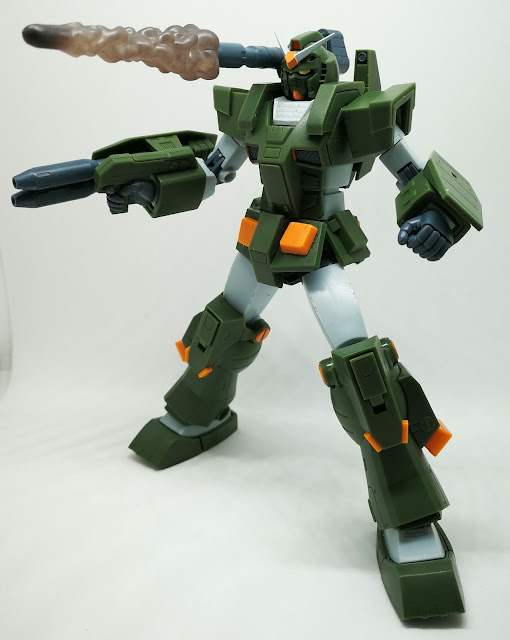 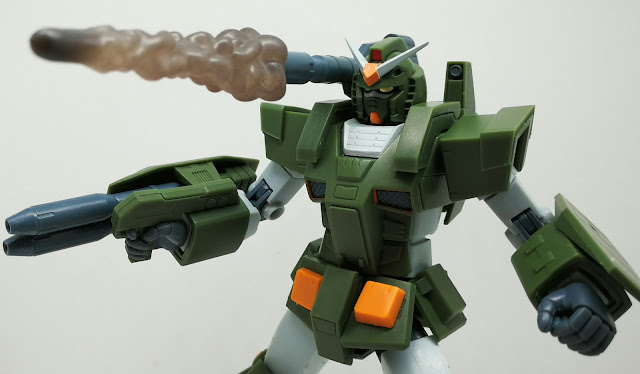 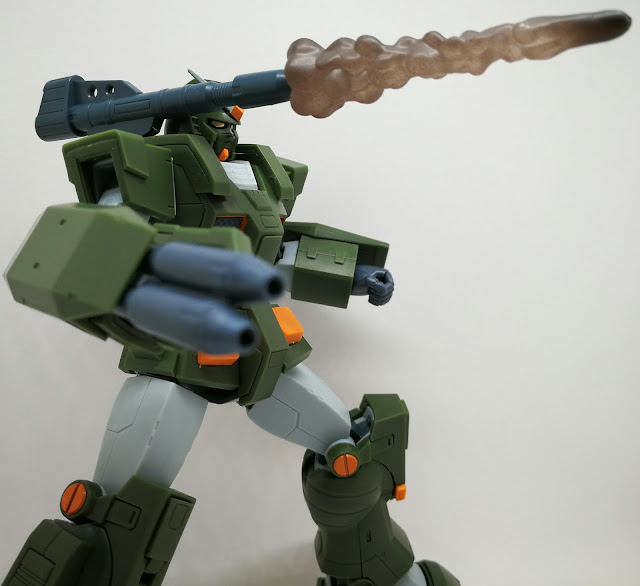 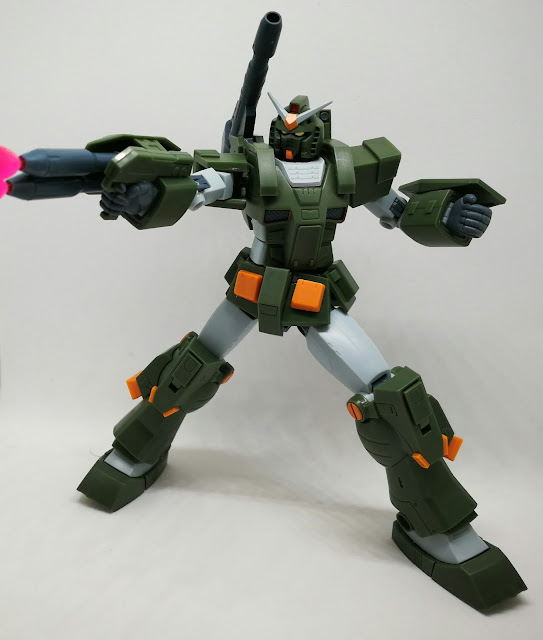 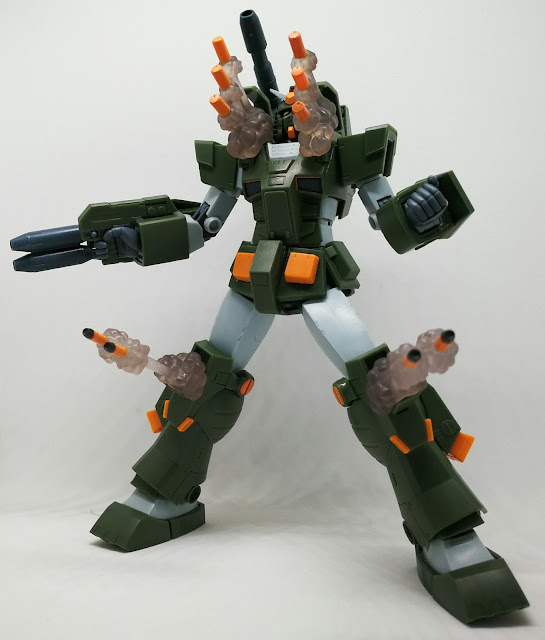 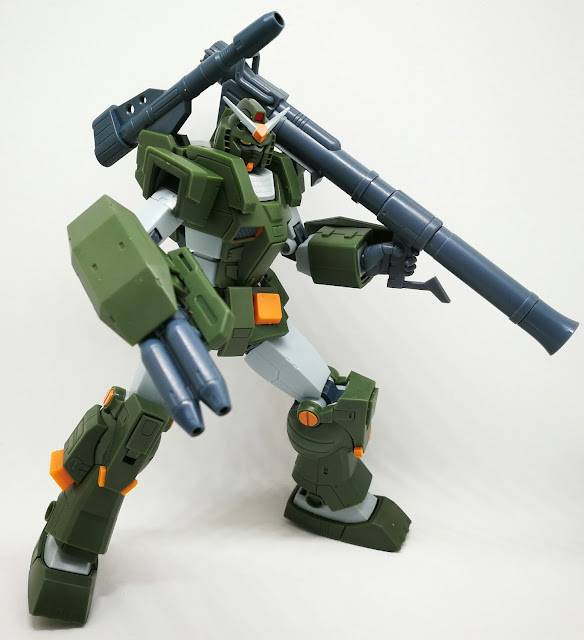 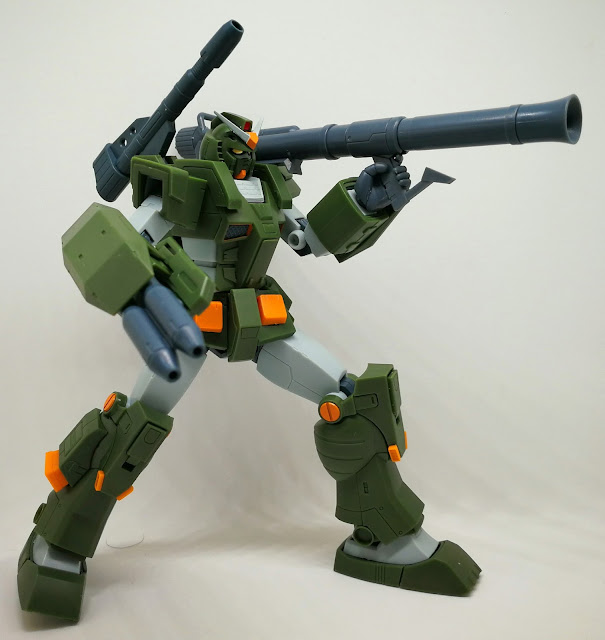 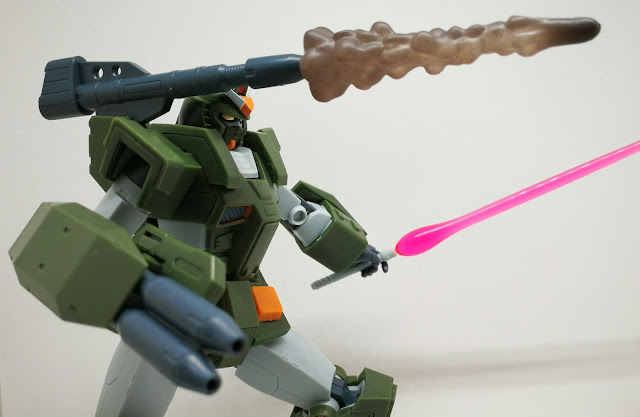 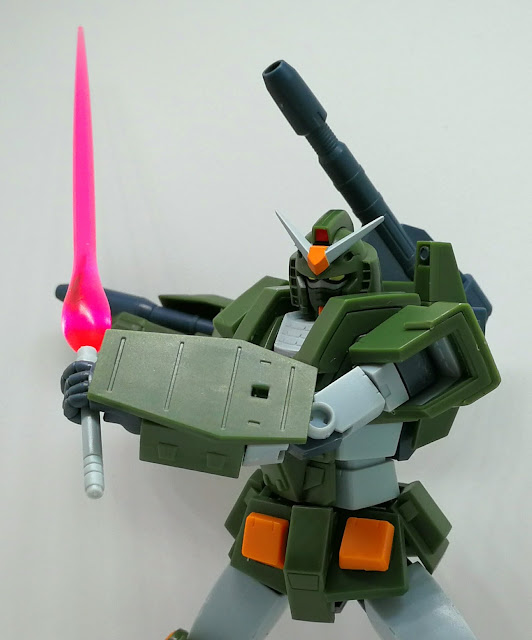 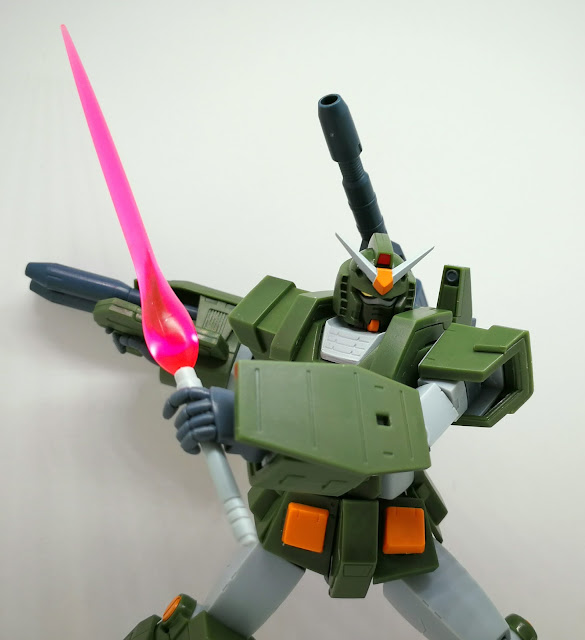 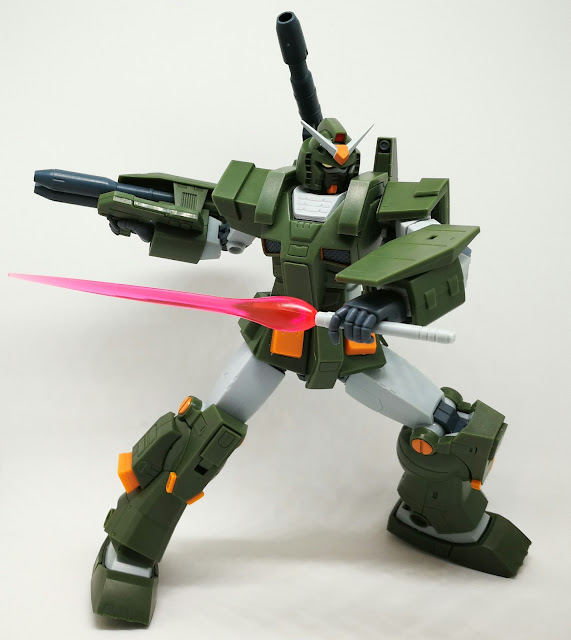 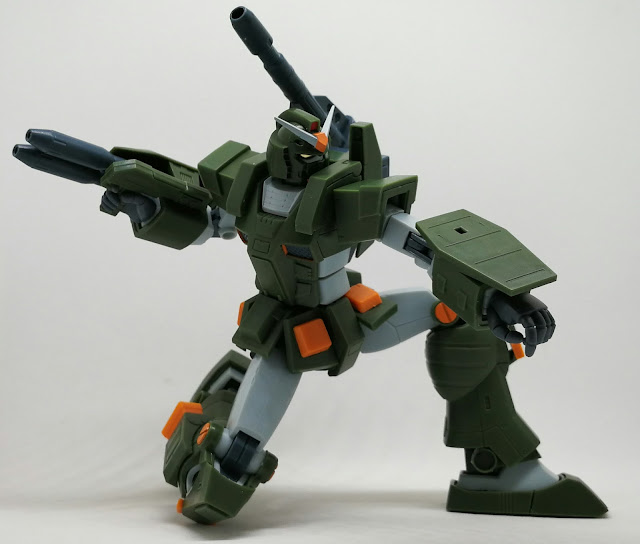 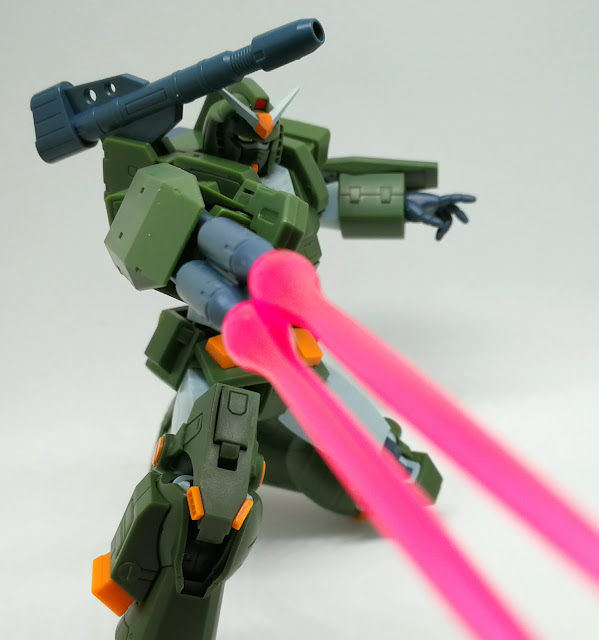 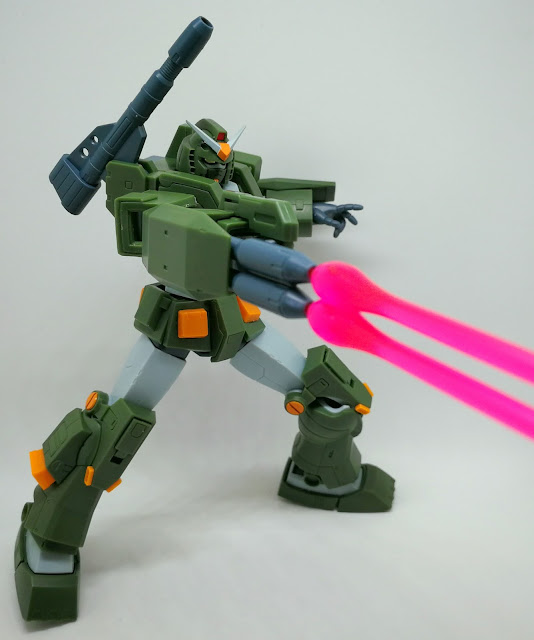 Posted by Gunplanerd at 4:45 PM