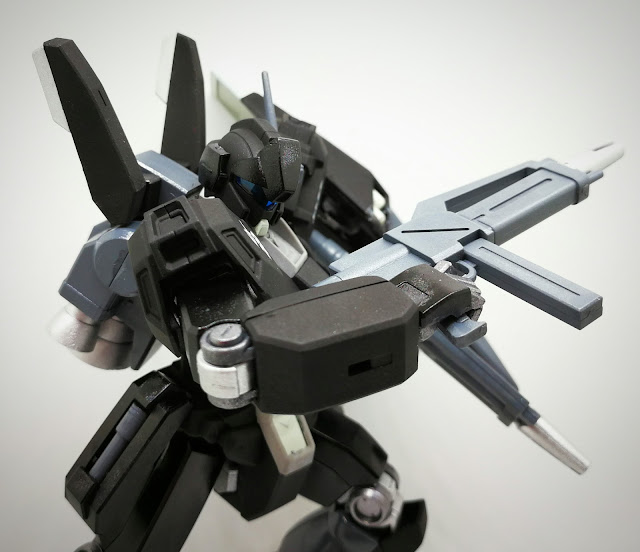 A hotshot mobile suit for a hot babe pilot!


Piko Altidore is a Federation officer from the Across the Sky and Last Sun manga series and is something of an ace pilot in that story, first piloting the Delta Plus against the Delta Kai followed by her jet-black Jegan Type-D. 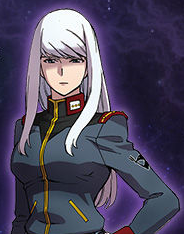 At the conclusion of her story arc, Piko faced off against a NITRO System berserk Delta Kai, her incredible piloting skills putting her Jegan Type-D on even footing with a high performance Gundam-type machine powered by a quasi-Newtype interface. At the end of the battle, Piko bested the Gundam in gritty combat, a testament to her elite piloting.

The model kit is really just a recoloured HGUC 1/144 Jegan ECOAS Type model kit with an additional left trigger hand and beam rifle. The beam rifle is not the usual type that comes with all Jegan kits, instead being a two-part affair without a separate barrel. Additionally, it is also tabbed for the left trigger hand instead of the right one. Piko's Jegan also had a slightly different head unit.

Build Notes:
Piko's Jegan is actually in a very dark shade of blue and not 100% black, but I decided to give it the full jet-black colour scheme as seen in its promotional images. Some colour separation was also in order, along with chrome joints to convey the impression of reinforcements in those areas to accommodate for Piko's acrobatic piloting style. Waterslide decals were also used in lieu of the provided stickers. 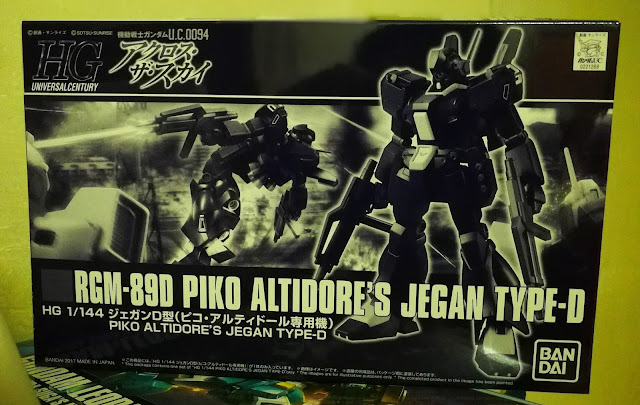 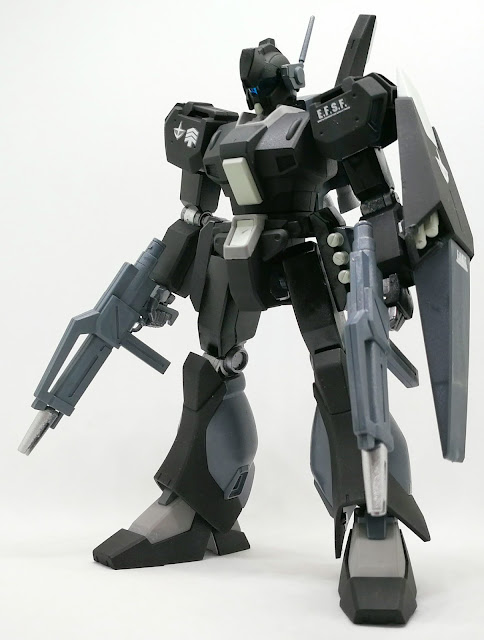 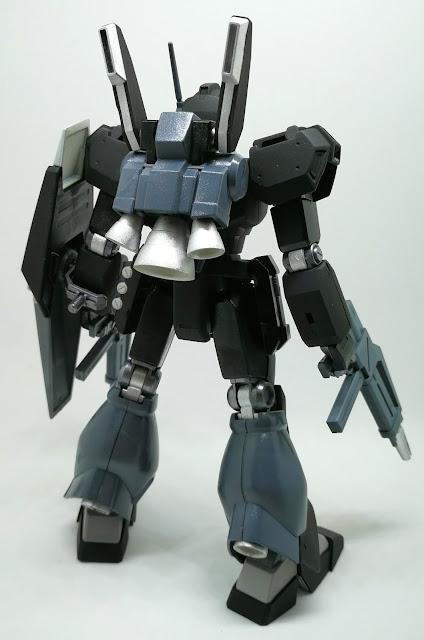 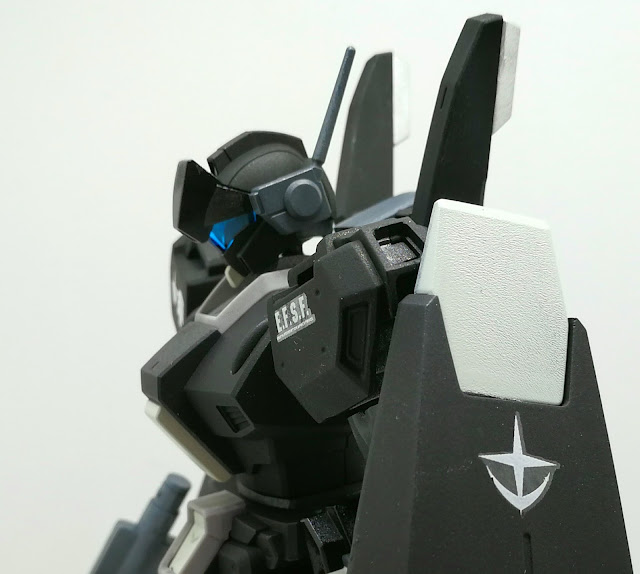 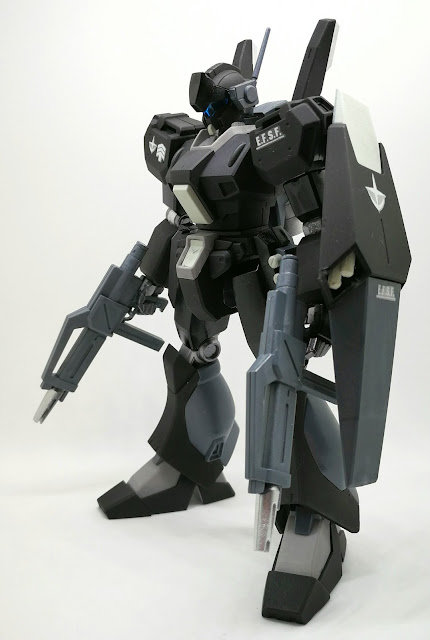 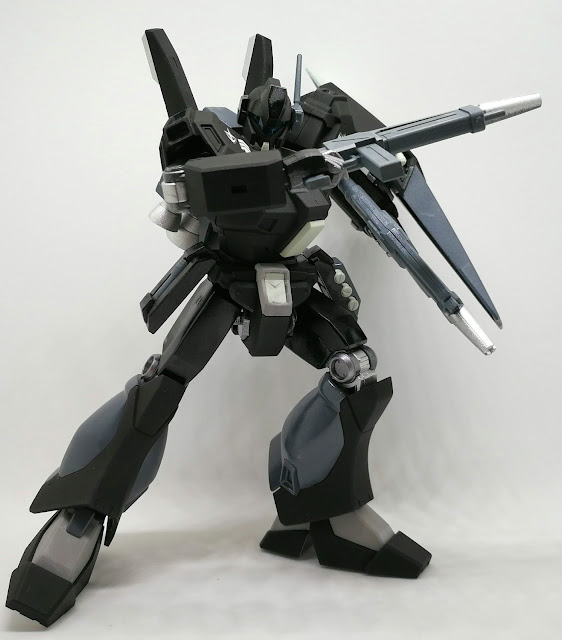 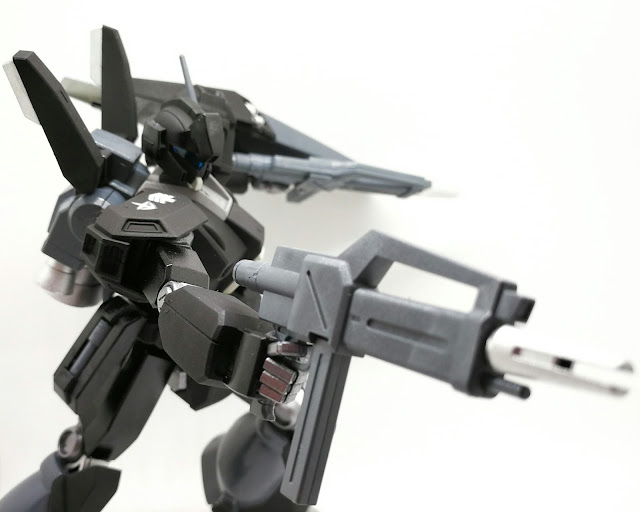 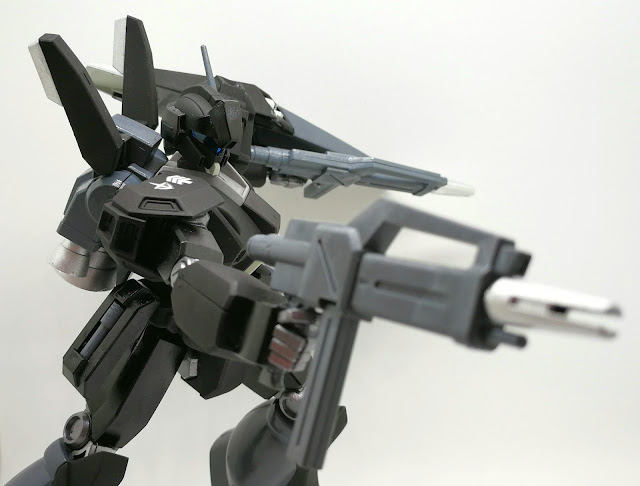 Posted by Gunplanerd at 5:04 PM