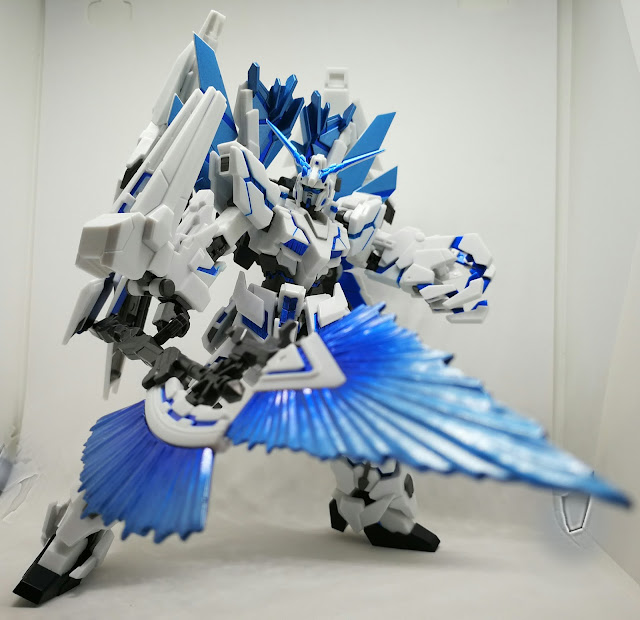 
With Robot Damashii figurines (and Metal Builds) being outsourced to factories in China, it was only a matter of time before third party versions appeared on the market. While mostly copies of existing Bandai offerings, some third party manufacturers actually take the time and effort to repackage and refine figurines into more palatable bundle sets, such as this FA Unicorn Full Arms Plan B.

As the true Full Armour configuration envisioned for the Unicorn Gundam, Plan B wasn't implemented due to equipment constraints resulting from the events of the Laplace Incident. Essentially the Unicorn loaded with every Armed Armour ever made for the RX-0 series of psychoframe mobile suits, the Plan B's psychoframe colour shifted to blue, beautifully reproduced in metallic blue on the BaoFeng model.

While still a third party at heart with the gamut of quality control issues, the overall value of the BaoFeng Model FA Unicorn Plan B is excellent, costing only S$30+ as compared to the bare basic Robot Damashii Unicorn Gundam figurine that retails for well over S$60. You get a lot of stuff in the package from the Unicorn's default weapons to Plan B versions of the Armed Armours DE, VN, BS as well as an absolutely huge hyper beam javelin with a beam blade that has shading applied. You also get a a gold V-Fin if for some reason you don't like the beautiful metallic blue.

For a completed figure, the Plan B is quite solid, although some armour parts fall off from time to time but these are easily replaced. The joints are nice and tight, allowing the Plan B to execute and hold most of its dynamic poses. Articulation is restricted in some areas due to the armour, but it can definitely bend more than the HGUC and MG Unicorn Gundam model kits.

For the price point, this should definitely be any Unicorn collector's Plan B. 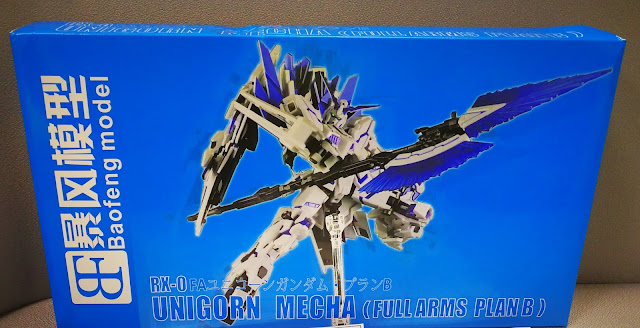 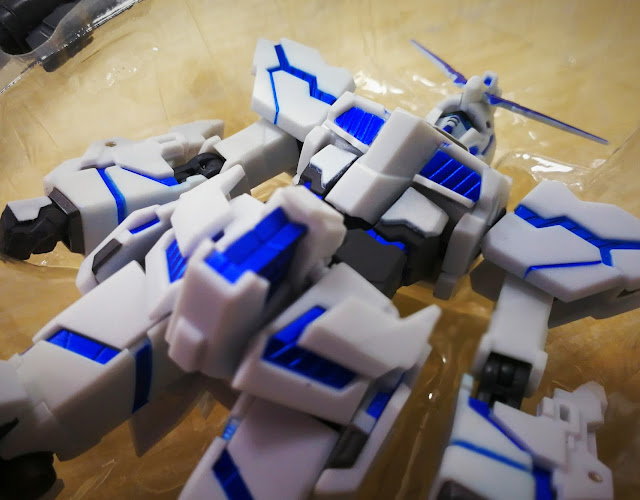 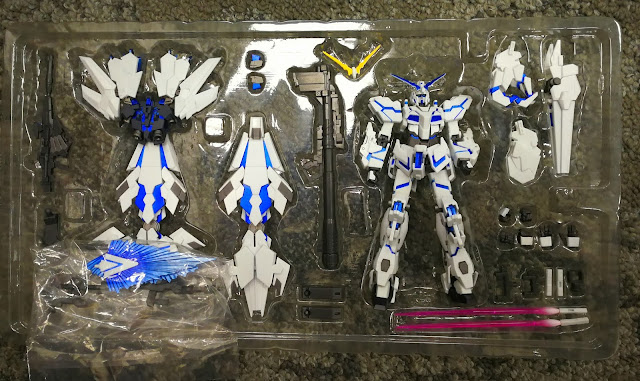 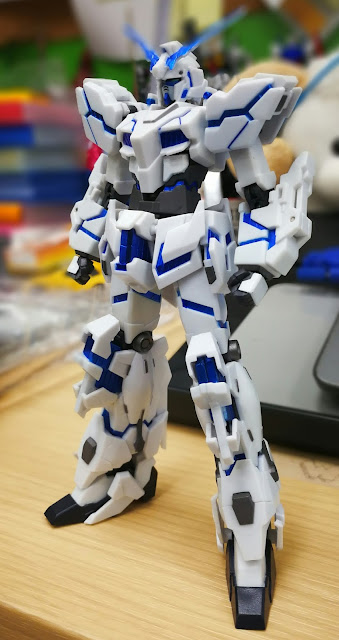 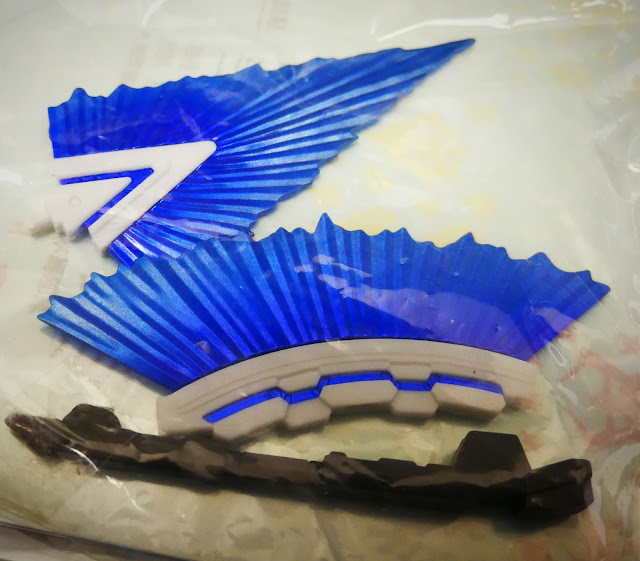 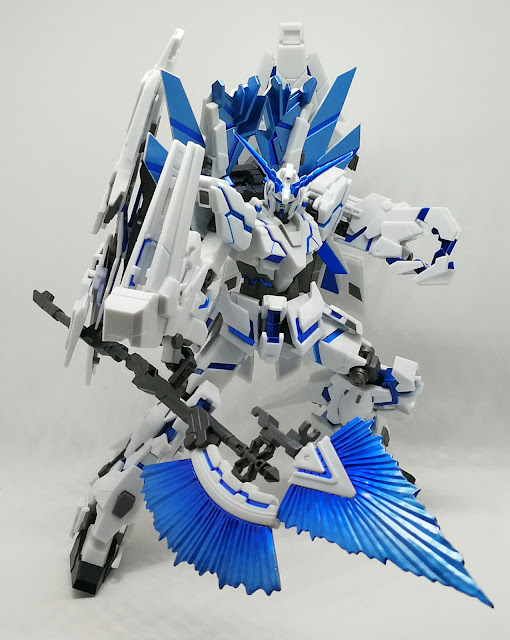 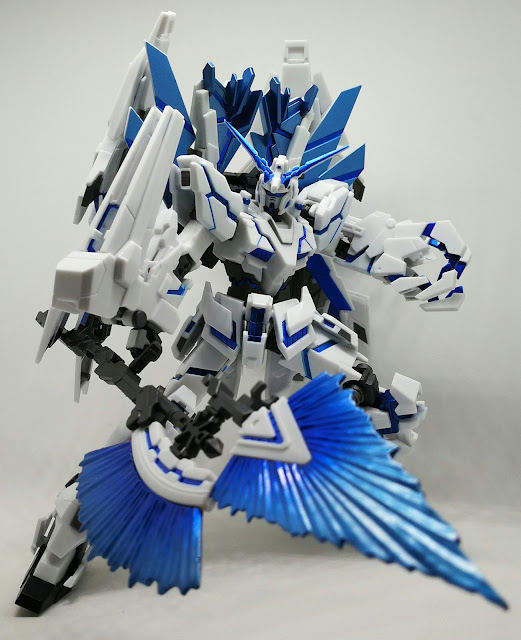 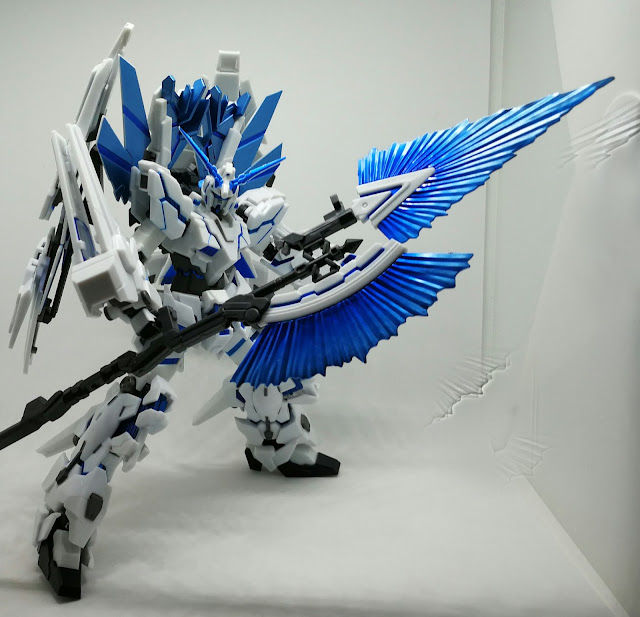 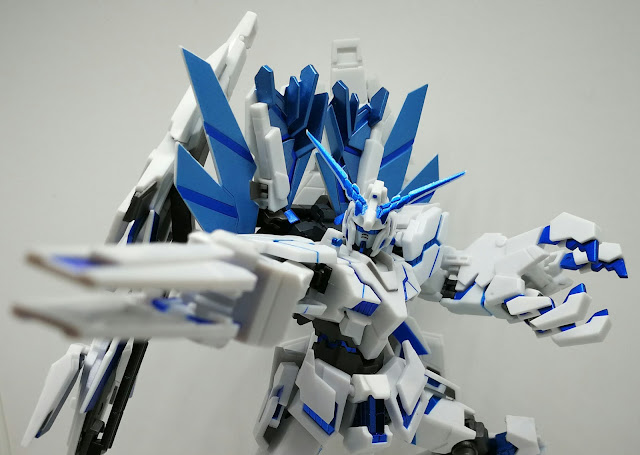 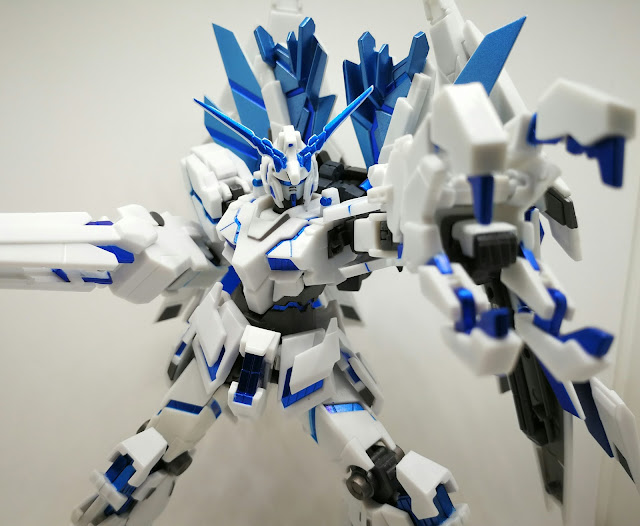 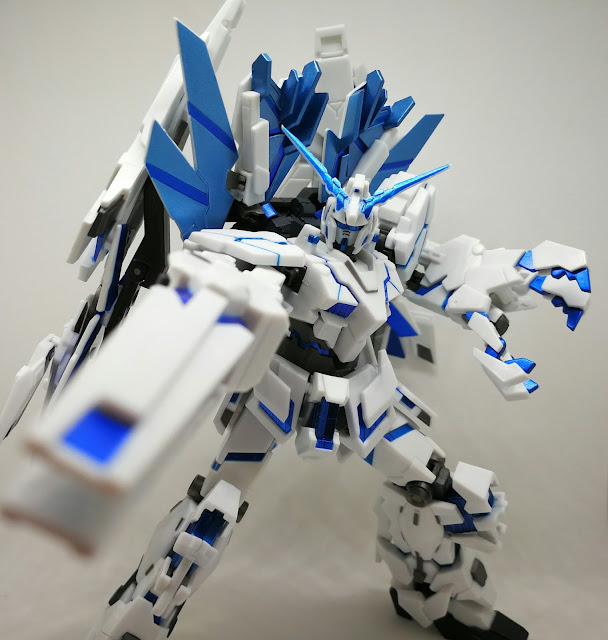 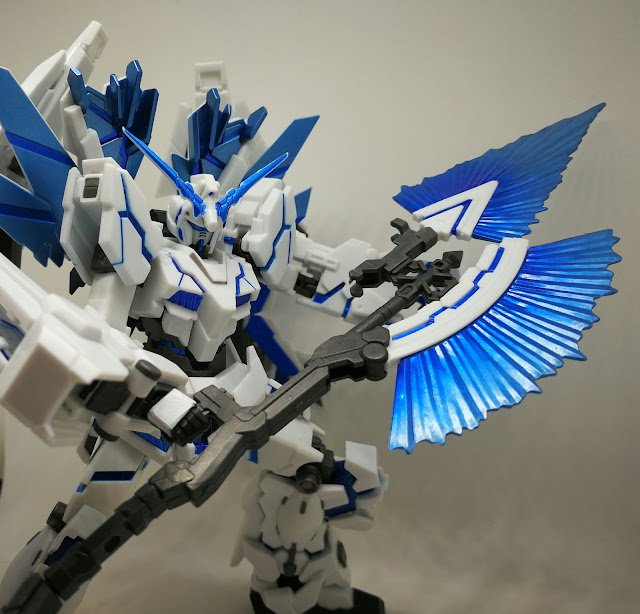 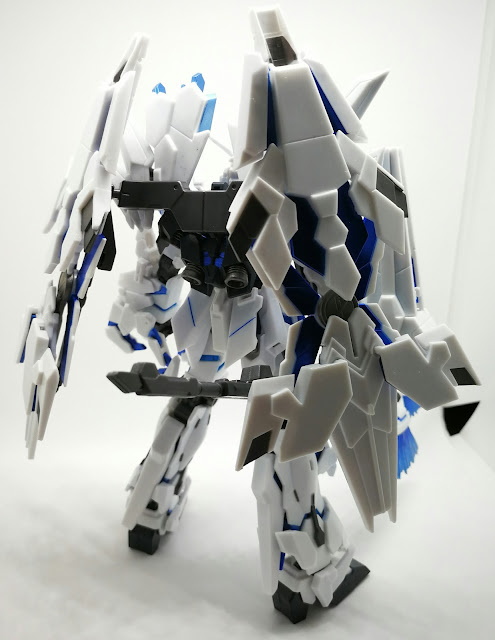 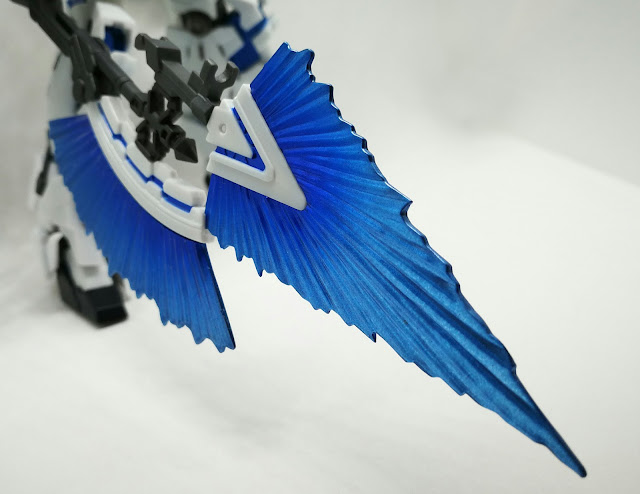 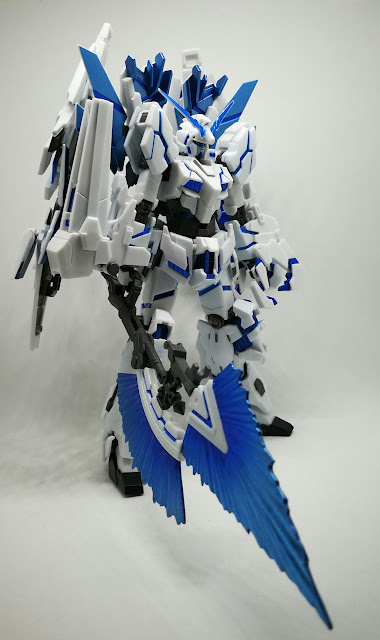 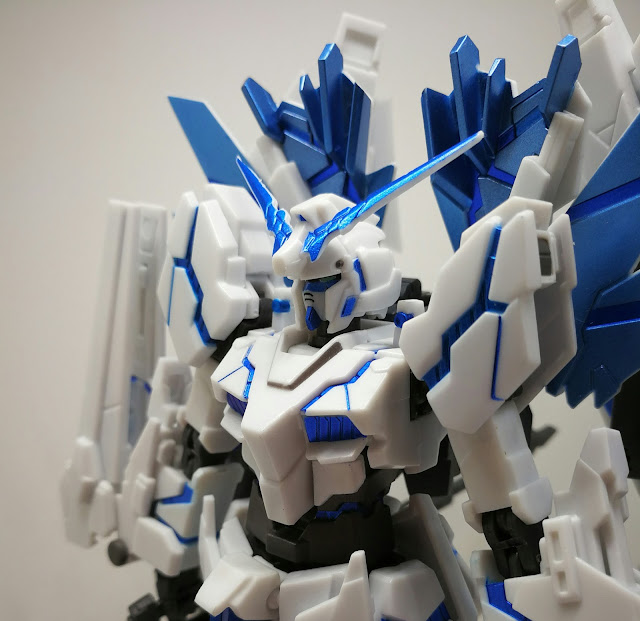 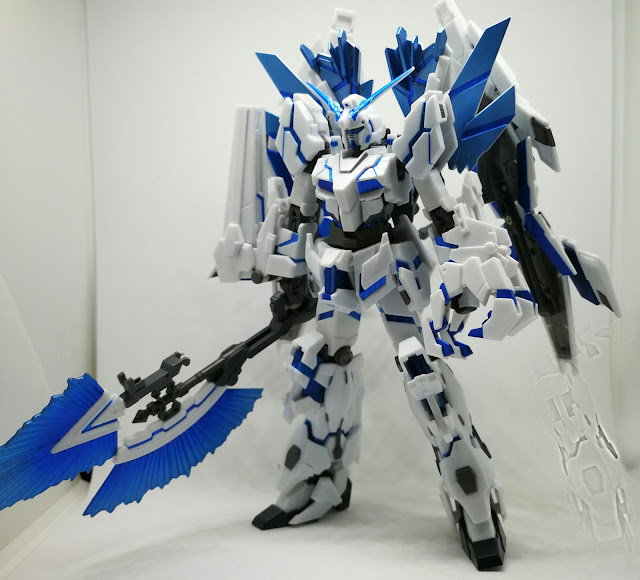 Posted by Gunplanerd at 4:28 PM