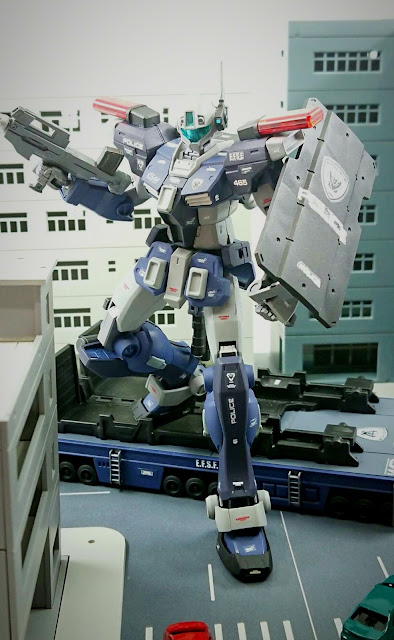 Very clearly inspired by Patlabor, my HG 1/144 GM Command (Federal Police Model), or simply the "Police GM", is easily one of my all-time favourite customs.

Essentially a slightly modified HGBF 1/144 GM/GM given a police-style colour scheme and corresponding decals, the unit is positioned stepping off a customised EX Model 1/144 Gundam Trailer Truck onto city streets yet untouched by conflict, responding to a call for assistance.

The diorama's objective was simple: to showcase the Police GM as a regular machine that has to be ferried from point A to point B, rather than as a souped-up hero unit that is able to single-handedly change the tide of a war. In a world where mobile suits have become commonplace, the Police GM is, quite simply, a modernised police car, albeit equipped with much more firepower over contemporary versions of the vehicle.

The clean city streets and undamaged model buildings are deliberate to create the illusion of peacetime after a war, hence the presence of a Police GM and not a standard EFSF military grunt. The brand spanking new Police GM rolled out after the One Year War is about to face the ultimate test. 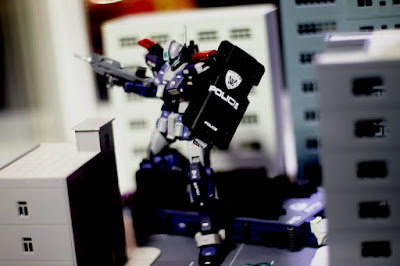 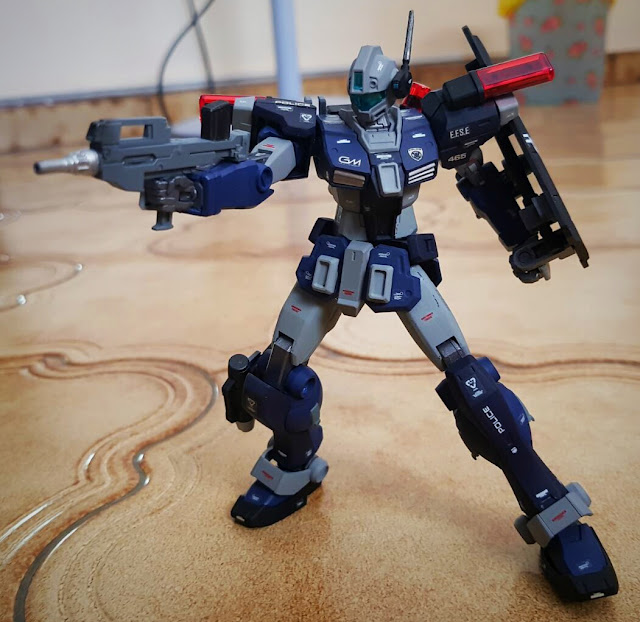 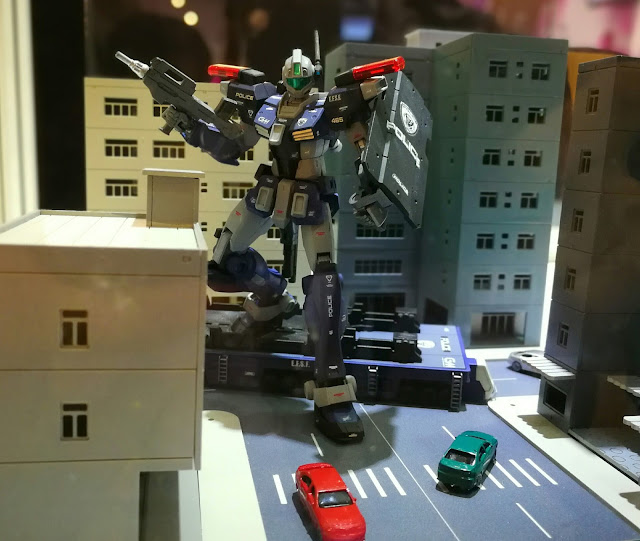 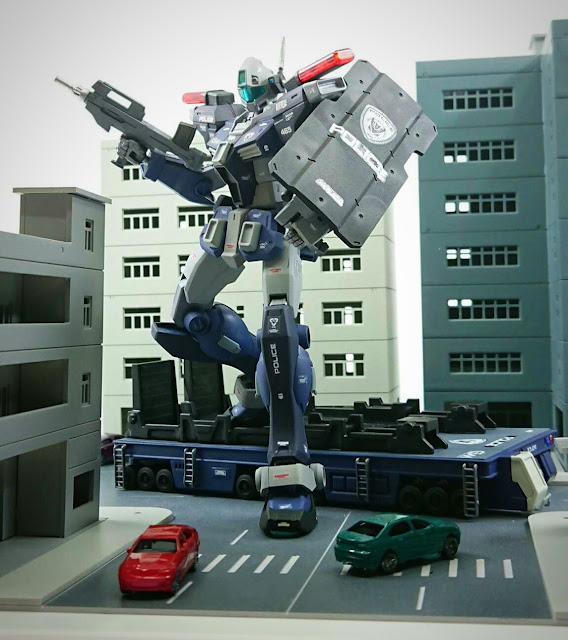 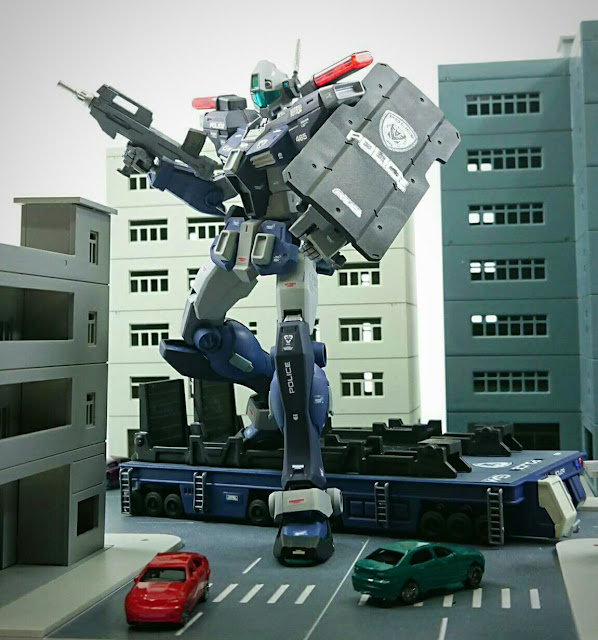 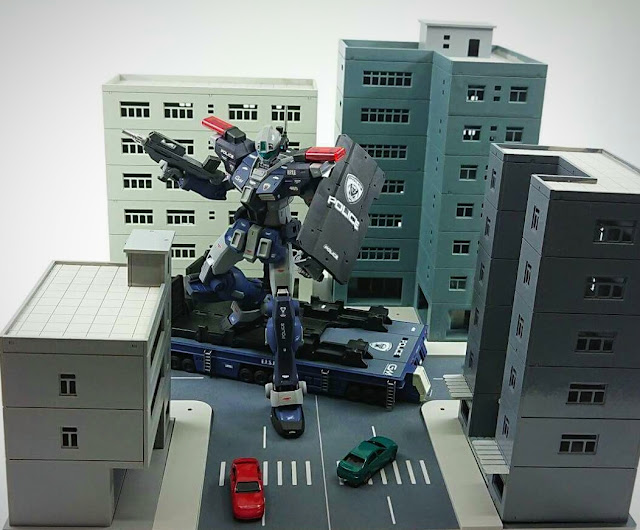 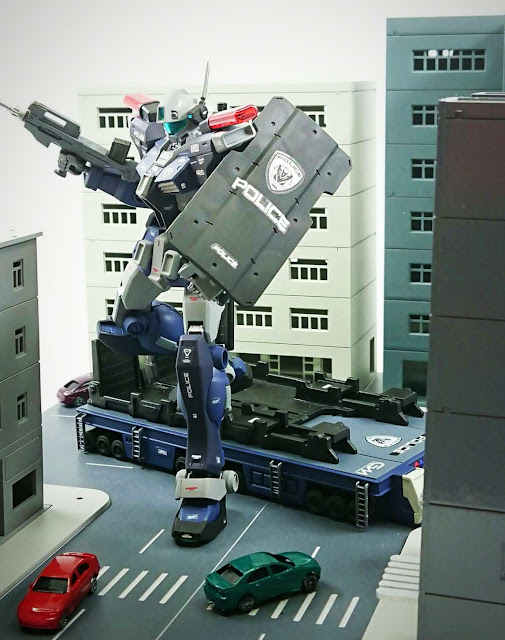 Photo credit to their respective owners.
Posted by Gunplanerd at 1:53 AM