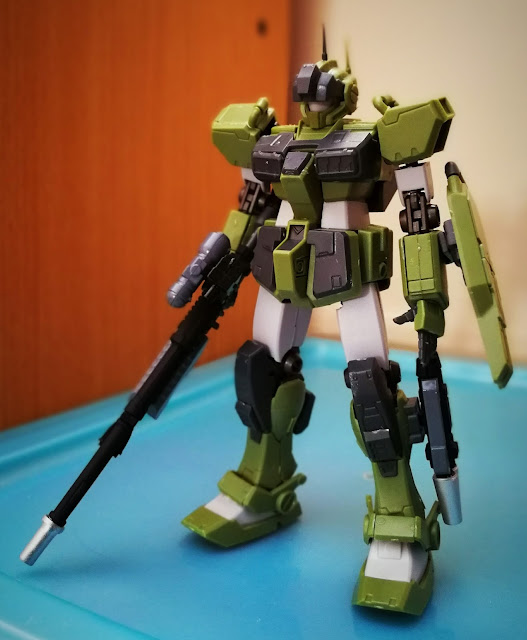 So much promise, so much frustration.


Essentially a retooled RX-78-2 Gundam released in 2016 by the same manufacturer, this third party "RG" 1/144 model kit of the GM Sniper Custom sounds fantastic on paper, but doesn't quite live up to expectations.

Using pretty much the same inner frame as its predecessor (review here), the GM Sniper Custom feels rickety and fragile upon assembly, with copious amounts of glue, sweat and tears expended during the arduous build process. Fitting is better than other third party brands but you still need to trim, cut, shave and force parts into or onto one another and hope that they stay put. Most of the time, parts will behave as they should but some areas on the arms require a little more attention. The head unit, while decently GM enough, does not come with a clear visor piece, only with a solid white part to stand in for the optics. Weird. That being said, the leg units on this model kit are pretty solid, featuring excellent part separation, movable armour pieces not unlike MG models as well as an overall nice design. The GM can actually execute a pretty nice kneel. Pity that it's cast in crap plastic.

The saving grace for this model kit has to be its weapons complement, consisting of a Double Beam Gun and the Beam Sniper Rifle. While the same build issues apply to the weapons, they are more bearable and a simple paint job makes the weaponry decent enough for use. In 1/144 scale, the weapons go very well with Robot Damashii figurines, such as the GM Sniper Custom Ver. ANIME.

Overall, this third party GM Sniper Custom was designed with such lofty ambitions that the execution failed to make the grade. Nevertheless, it's a nice addition to any GM collection. 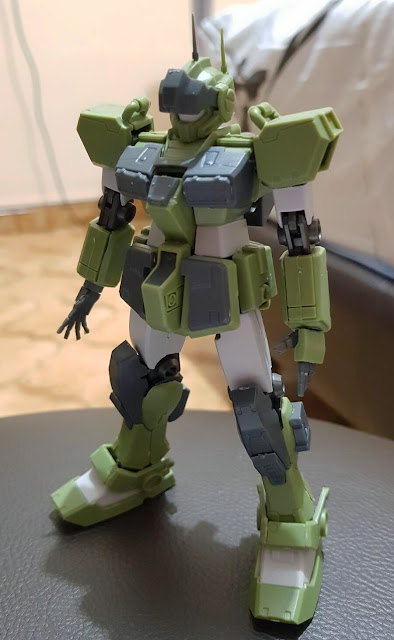 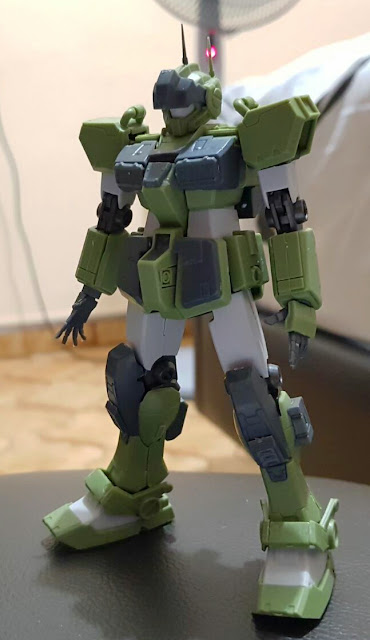 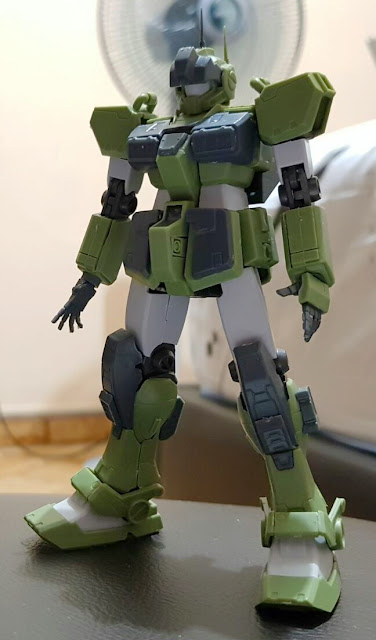 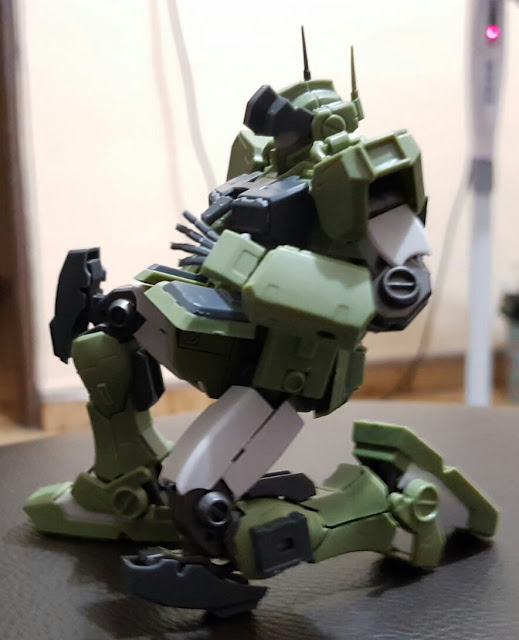 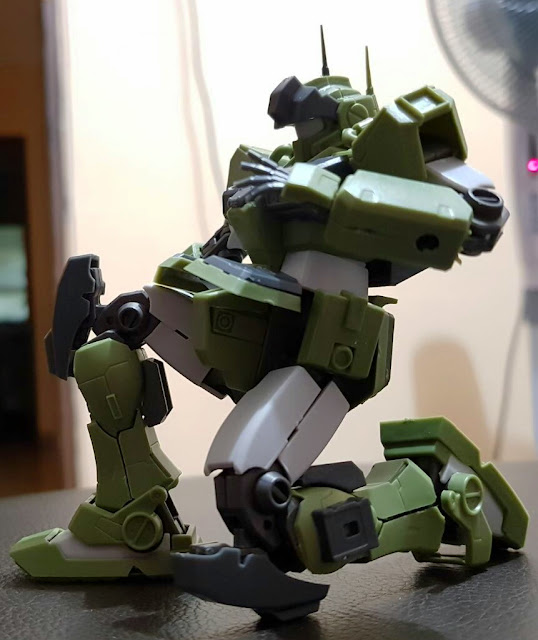 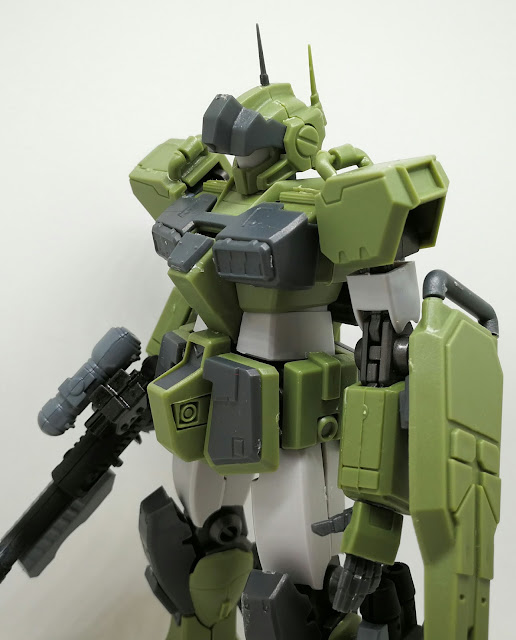 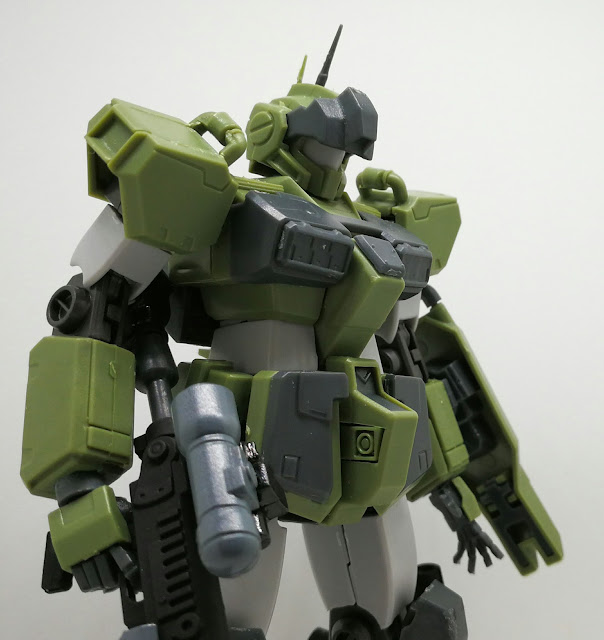 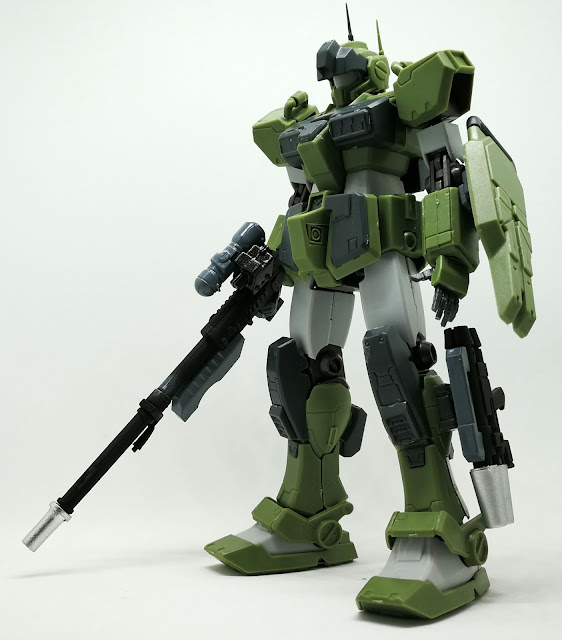 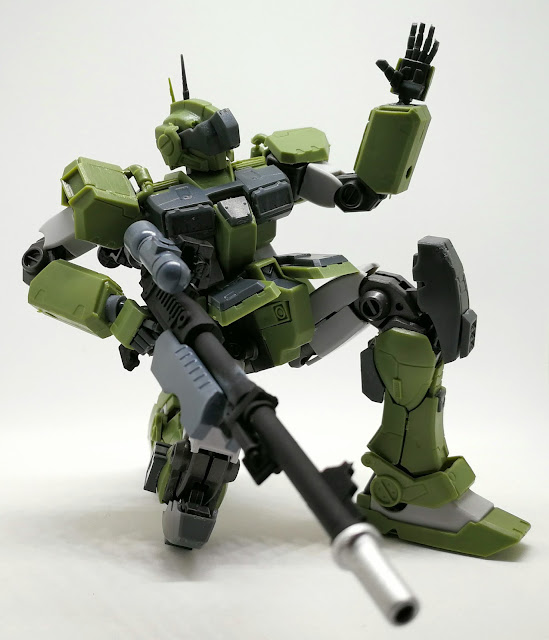 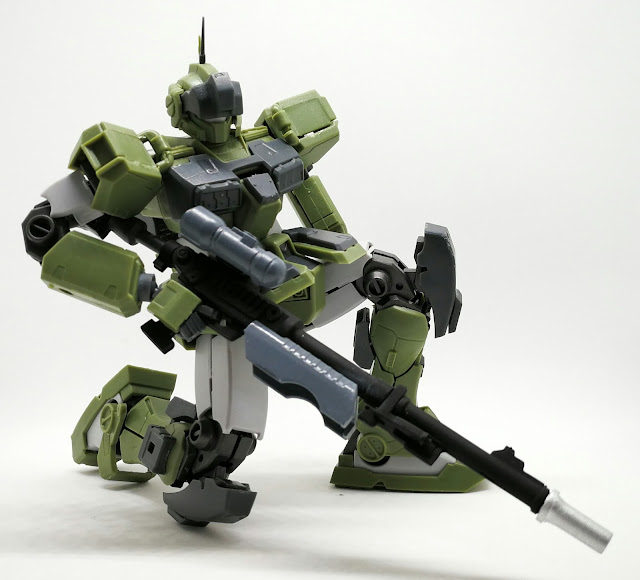 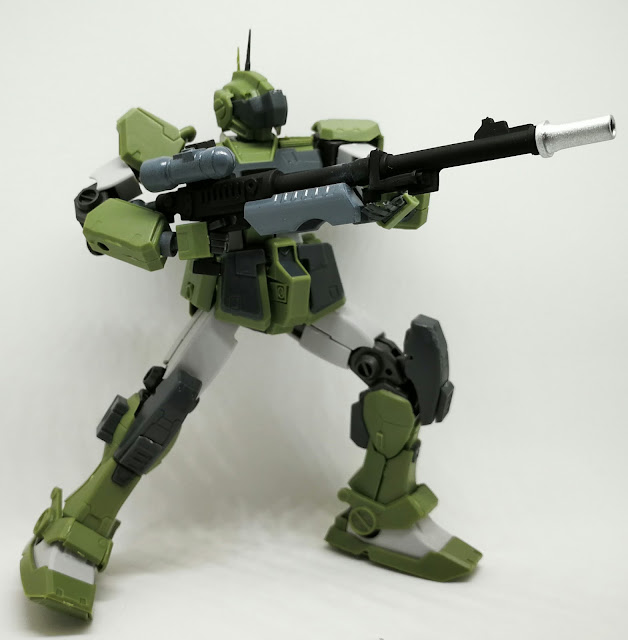 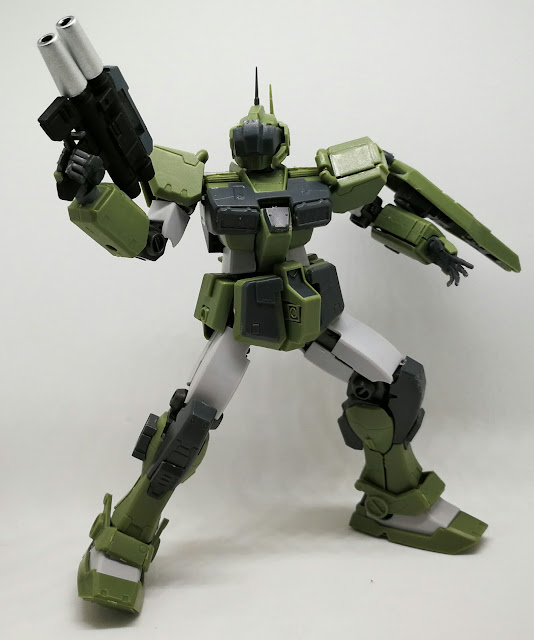 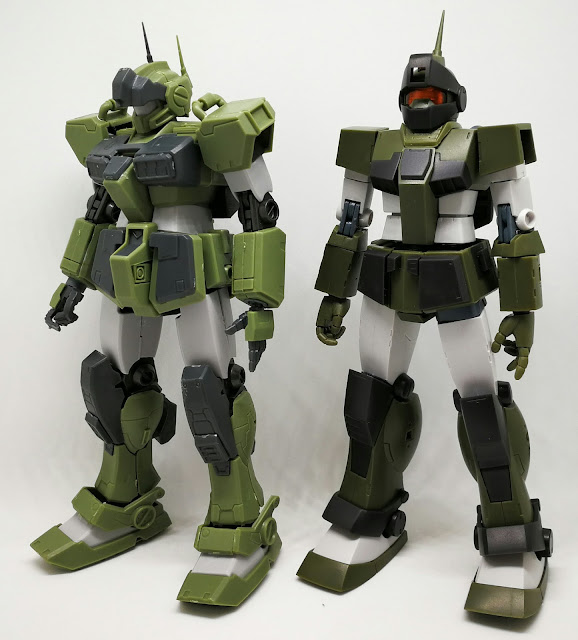 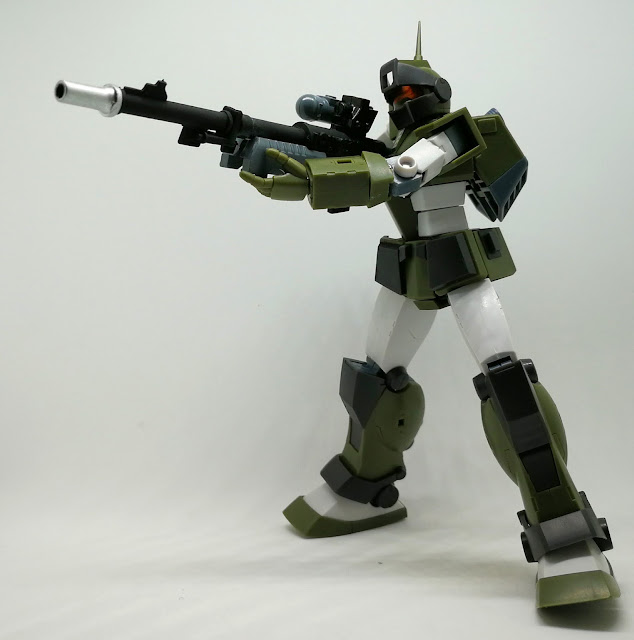 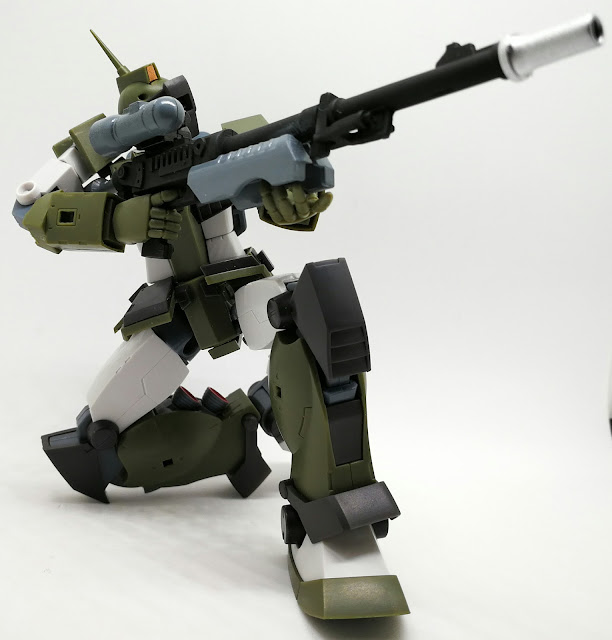 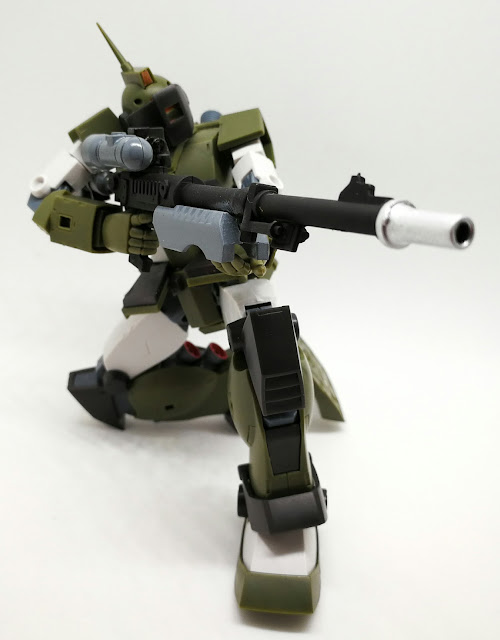 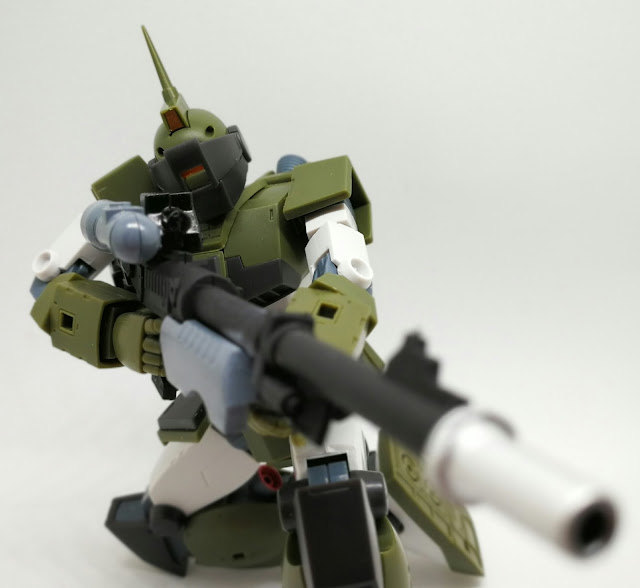 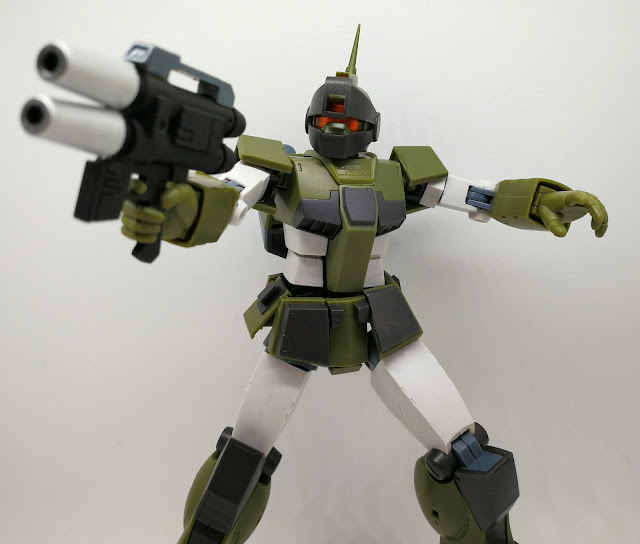 Posted by Gunplanerd at 5:33 PM