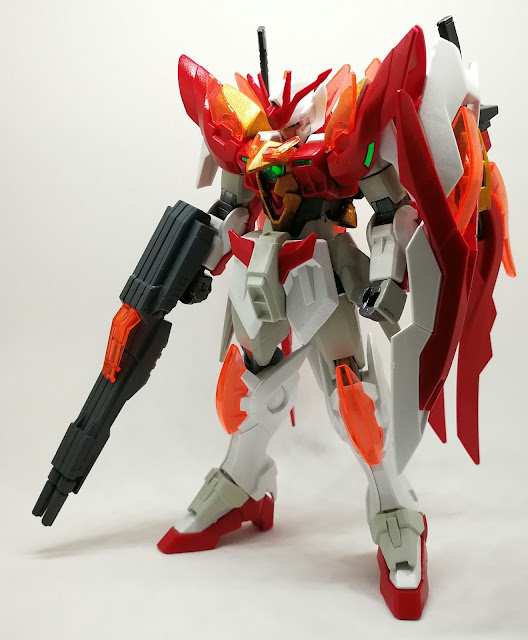 The Zero Honoo sports a red colour scheme, does it mean that it moves three times faster than the original Wing Zero?
A modified Wing Gundam Zero, Yusei Kouen's Gunpla kept the spirit of the base mobile suit while adding refinements to better suit his fighting style. The most obvious adjustments would be the Honoo Wings mounted in place of the Wing Zero's binders, along with many clear parts placed all over the frame that serve as particle reservoirs.

Recognising the merits of the twin buster rifles, the Wing Gundam Zero Honoo retains these formidable weapons. While restricted to long range use due to their power especially when combined into a single weapon, the buster rifles allowed the Zero Honoo to knock out or weaken enemies from extreme range before moving in to finish it off. Few Gunpla could withstand a direct hit from the weapon but the buster rifles could only put out a small number of shots before being rendered inert.

Like its base Gunpla, the buster rifles can be wielded individually. While the effective power of the weapons are essentially halved in this mode, it allows the Zero Honoo to engage enemies from multiple directions. Even at half power, the separated buster rifles could still cause considerable damage.

Arguably the most distinctive feature of the Zero Honoo, the Honoo swords double up as the Gunpla's wing binders when not in use. They could also be used as makeshift shields that were able to deflect a set amount of damage before buckling.

Directly deployed from the backpack, the Honoo Swords were able to inflict massive damage to enemy units due to the weapons' large surface area and accompanying particle reservoir. Applied to the cutting edge of the swords only before the point of impact, the particles manifested as burning flames and strengthened the effectiveness of the Honoo Swords.

While nowhere as powerful as a Particle Transformation Saber, the particle-augmented "flaming" Honoo Swords were a force to be reckoned with in the correct hands. The Zero Honoo was equipped with four Honoo Wing Binders/ Swords but only two sword grips. However, it can be extrapolated that the grips are interchangable with another of the Honoo Swords, even though the HGBF model kit doesn't allow you to do so unless you purchase a second Zero Honoo.

The Bird Mode features a simple transformation with no part-swapping and looks very similar to the base Gunpla's Bird Mode. 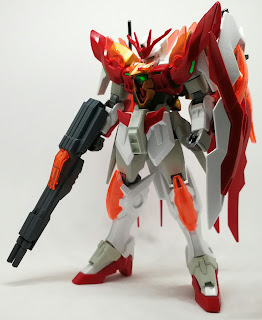 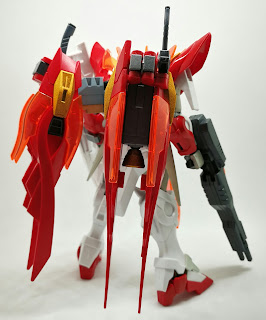 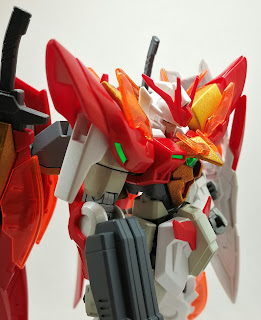 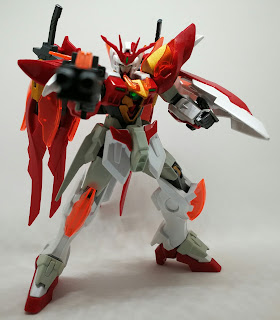 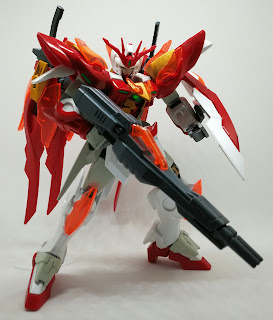 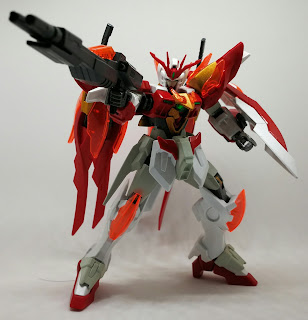 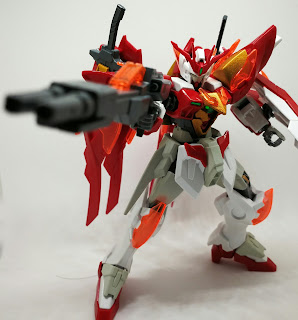 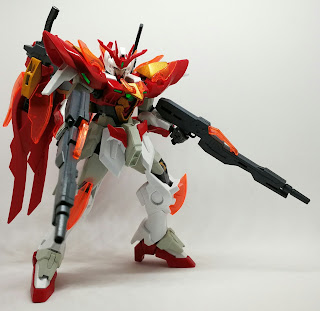 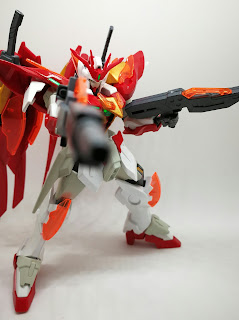 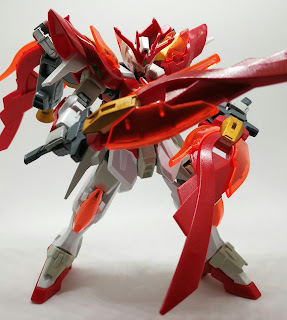 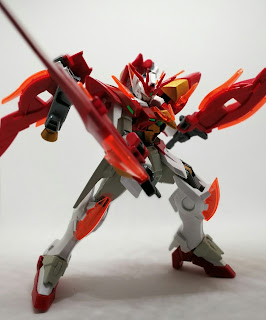 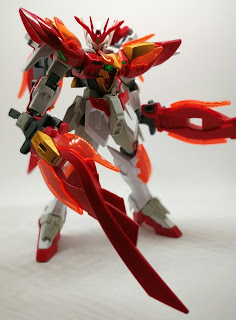 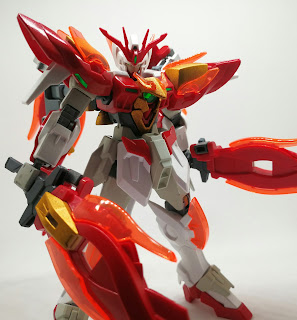 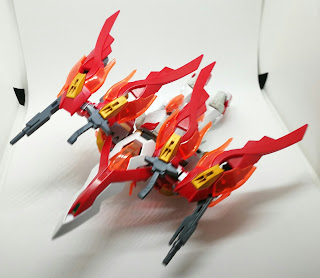 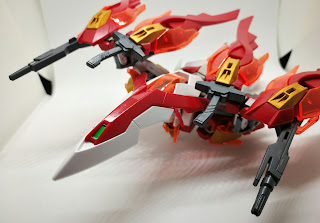 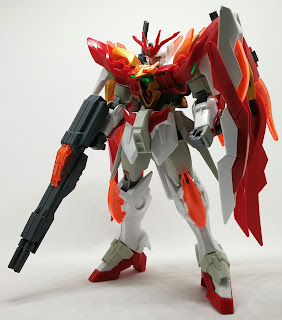 Posted by Gunplanerd at 5:11 PM