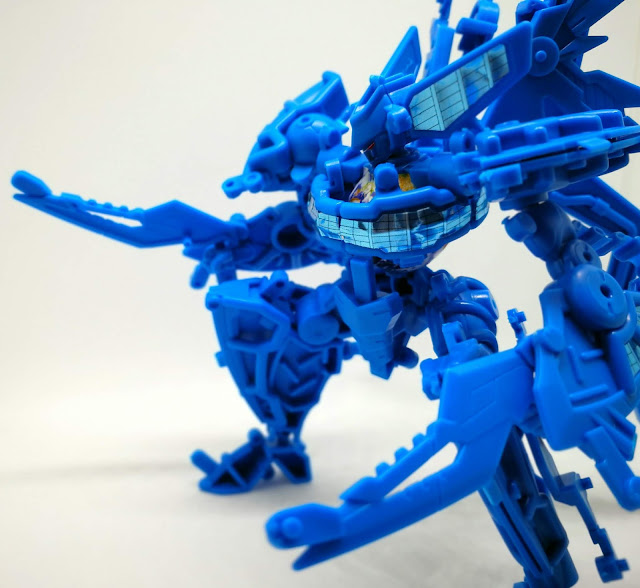 Another robot model kit series implemented in a special format!
A lesser known franchise first released in 2015, the FrameRobo series is, well, about mecha that can morph interchangeably from a Frame Form to a Robo Form to a Weapon Form. Through a simple process of separating, folding and then snapfitting the parts together, you get a decent looking robot model that has surprising articulation!

The first of its FrameRobo brethren, the completed Gaeaframe looks alright, with molded pipes and other structures to give the impression of heavy mechanical detail. The multiple protrusions and extensions may seem messy but they do not affect the general visage of Gaeaframe much. The only gripe are the stickers provided to add some colour separation and variety to the plain blue plastic: they just won't stay on!

Articulation is actually pretty swell for the Gaeaframe, with decent bends in the elbows and knees, good swivels in all ball joints and a fantastic ankle pivot. This allows the Robo to strike dynamic poses with its weapons, although care still must be taken as the ball jointed parts can pop off quite easily.

Parts of the Gaeaframe also recombine to form a giant axe that fits into the hands of other FrameRobos. The axe is pretty heavy and lopsided in weight, so handling it on a FrameRobo would definitely be tricky.

The Gaeaframe stands slightly shorter than a HG 1/144 scale Gunpla model kit, but it makes up for that in its rather innovative packaging and building gimmick. 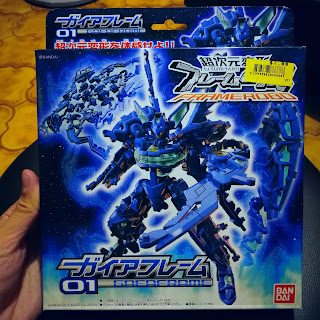 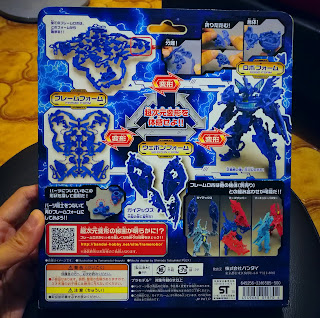 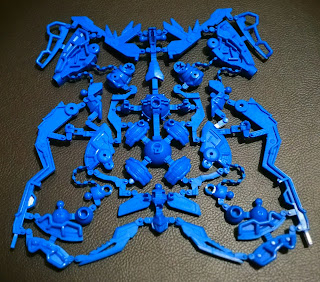 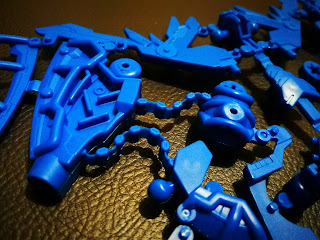 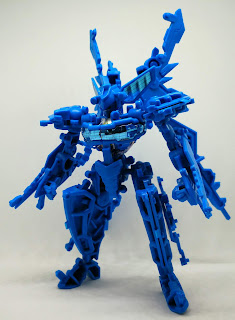 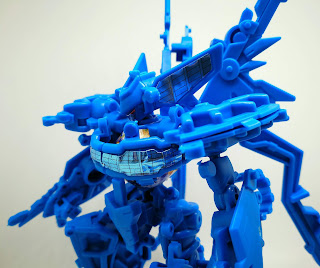 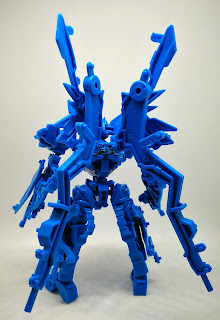 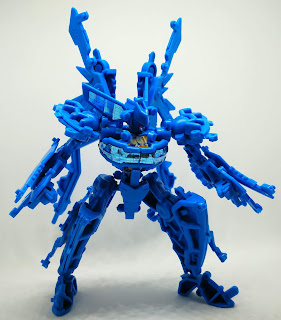 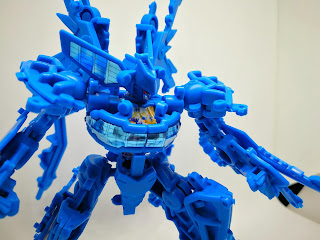 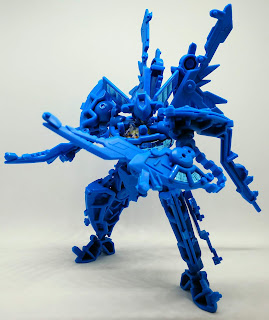 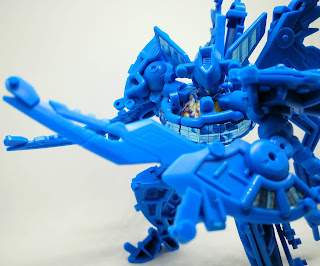 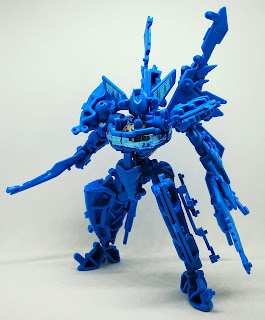 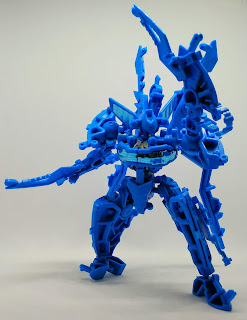 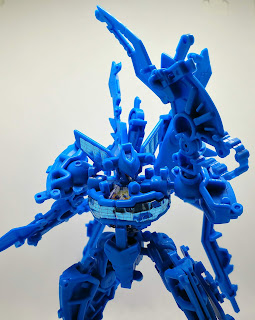 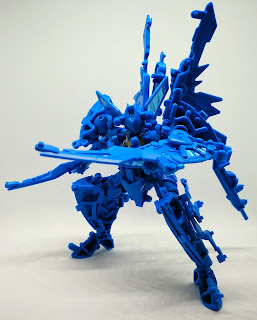 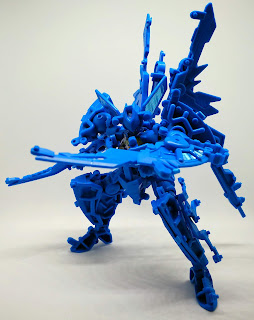 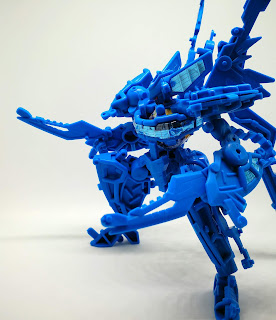 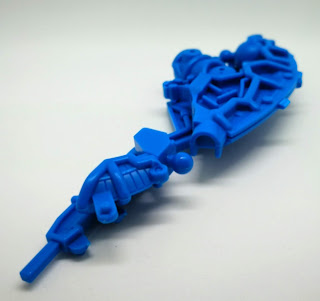 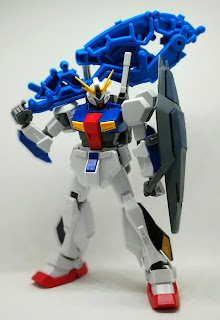 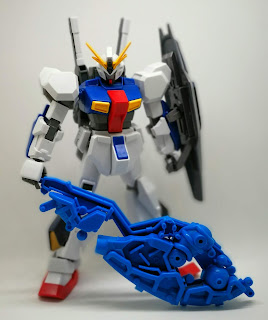 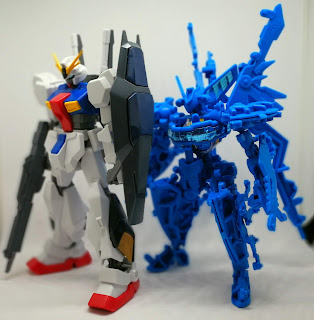