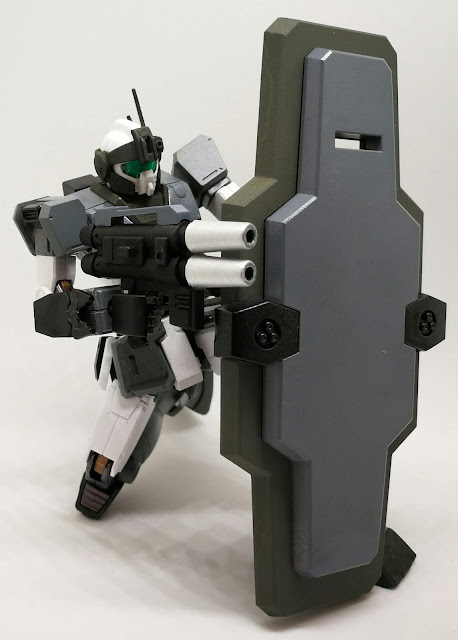 Building on the best mass produced GM-type mobile suit frame from the One Year War!


A variant of the RGM-79HC GM Guard Custom, the GM Guard Trooper was tuned and equipped to have greater offensive capabilities while still maintaining the Guard Custom's heavy defensive strength. This effectively made the Guard Trooper an all-rounded but generic machine that didn't fulfill any particular niche or mission role. Nevertheless, these high performance mass production units saw much action in the hands of seasoned veterans with the necessary expertise to handle the machines.

Armed with a hand-wielded double beam gun, a beam spray gun holstered on the side skirt armour and an anti-ship guided rocket launcher stored on the rear skirt armour, the Guard Trooper retained the vulcan-equipped Guardian Shield from the Guard Custom, offering more than double the firepower of its predecessor. The flip-down targeting visor helped the mobile suit to quickly acquire targets while not narrowing its line-of-sight, a plus in gritty close quarters combat.

The anti-ship guided rocket launcher only held a single round but also especially lethal against capital ships: a single well-placed rocket was able to completely disable a Musai-class light cruiser. The launcher could be discarded for later retrieval once spent to avoid being dead weight.

The GM Guard Trooper also carries over the pair of beam daggers mounted on the forearms. Used as a final resort close-in weapon, these daggers contained the power of a regular beam saber but condensed into a shorter, more concentrated shape. This allowed the GM Guard Trooper to cause immense damage to enemies up close.

The GM Guard Trooper was actively used during the dying days of the One Year War, deployed to guard installations and ships or to assault enemy bases and fleets. Working alongside the many different variants of GM in the Federation's arsenal, the GM Guard Trooper gained prominence for its performance and durability in the EFSF pilot ranks. 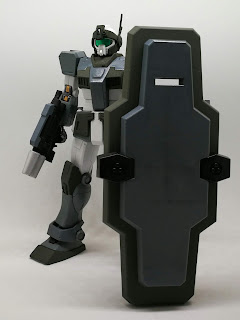 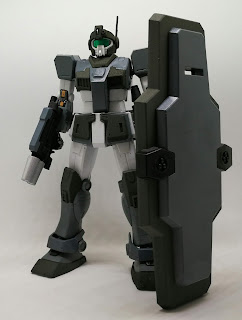 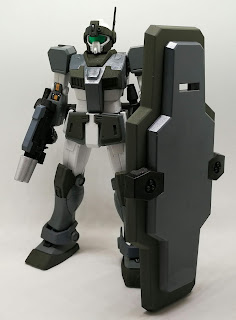 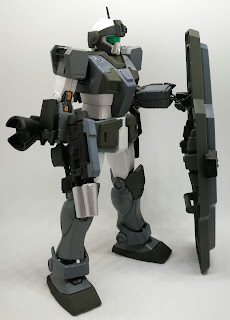 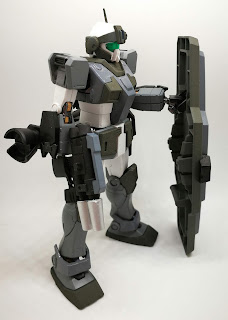 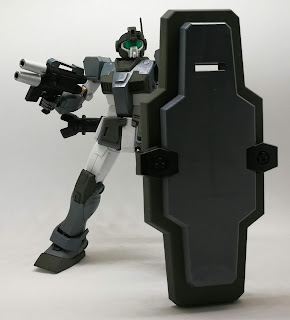 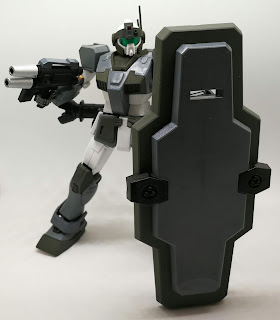 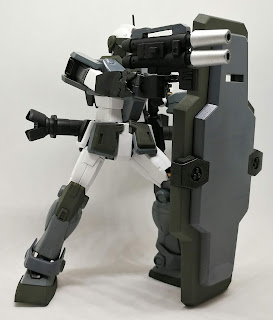 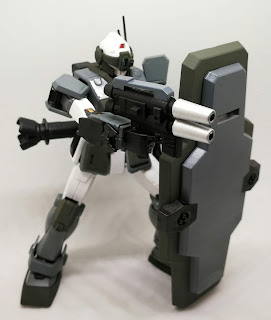 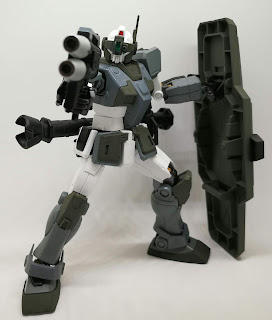 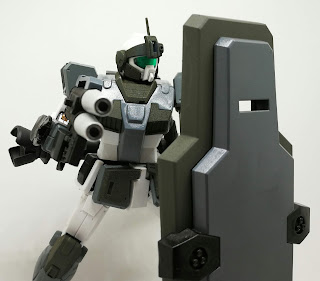 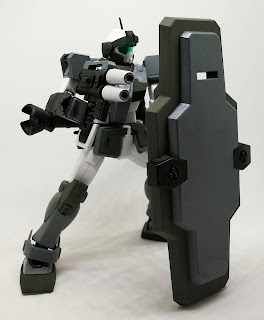 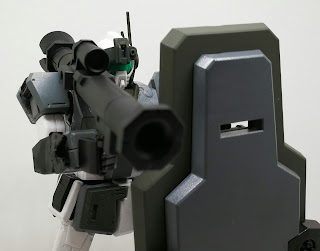 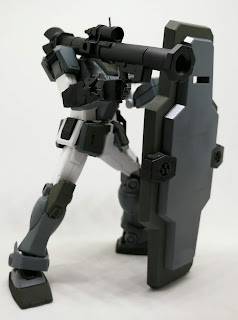 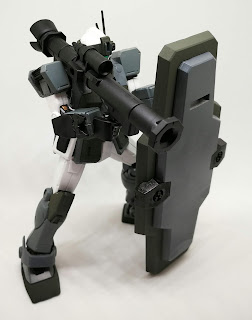 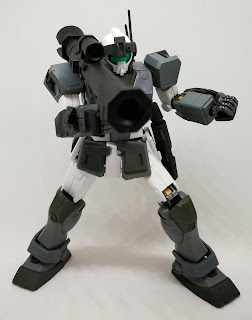 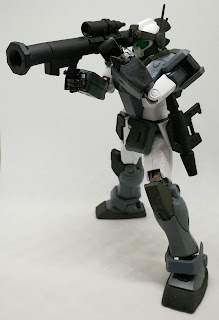 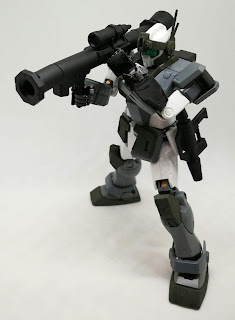 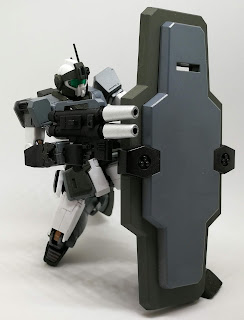 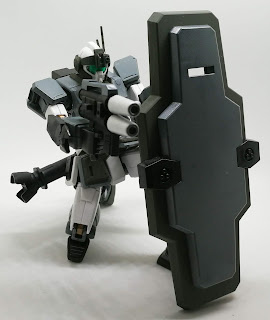 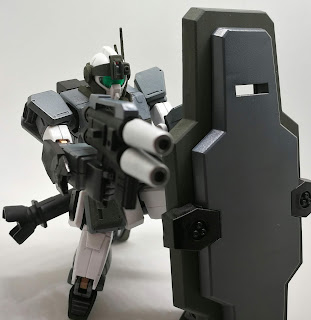 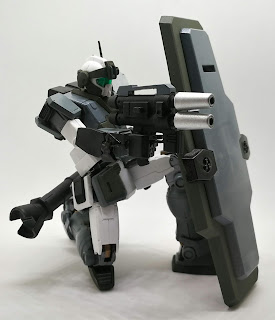 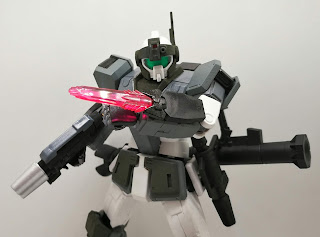 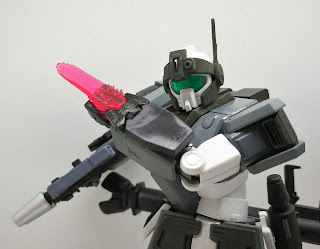 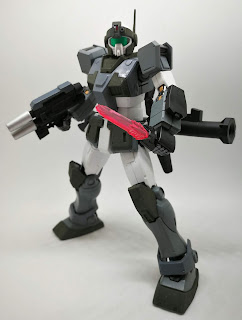 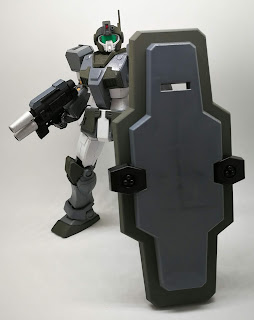 Posted by Gunplanerd at 7:56 PM