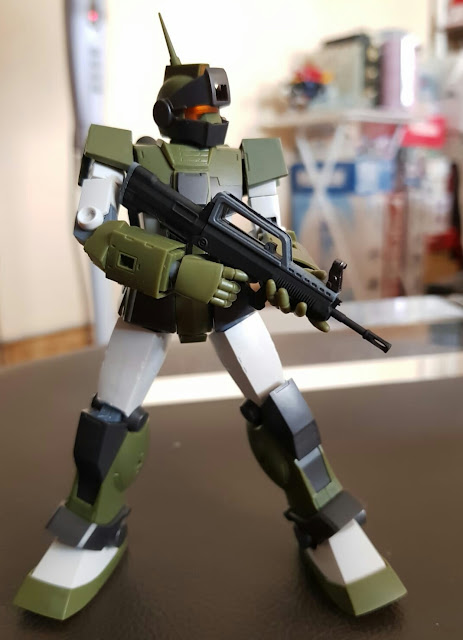 
Produced by Chinese third party manufacturer Orange Cat Factory, this is a 1/12 scale model kit of the real world Chinese QB-95 modular assault rifle system. The build is simple enough with no complex assemblies and the parts fit together nicely, although some glue in certain areas as indicated in the manual is strongly encouraged to firmly close up the seamlines.

The entire kit comes on a single black runner and plastic quality is actually pretty fantastic for a third party production and all components of the rifle are individually molded. I threw a little paint onto the kit to break up all of that stock black colour.

The kit itself comes loaded with accessories to make two versions of the Type 95, although you can only have one at any one time unless you have another set. The vanilla "grunt" model comes with an iron sight and a carrying handle, while the "spec ops" version comes with a scope on top of a tactical rail system along with an underslung grenade launcher. Two (unpainted) grenades and two magazines are also provided in the set.

Or course, the golden question is "Will it fit?"

Being 1/12 scale, the Type 95 kinda scales with 1/144 Gundam figures, such as this Robot Damashii GM Sniper Custom Ver. ANIME. On this note, only a Robot Damashii figure or equivalent has enough wrist dexterity to properly hold the bullpup style weapon. HG 1/144 model kits can also wield the weapon, but you need to have a ton of patience to get the weapon held right and also have to accept the fact that the paint might be scratched off on both the weapon and the wielding model kit.

However, you can't deny how badass the Type 95 looks in the hands of a suitably-badass mobile suit! 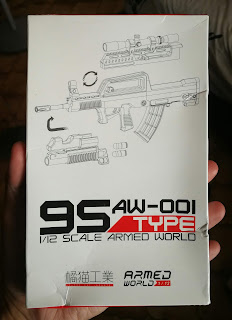 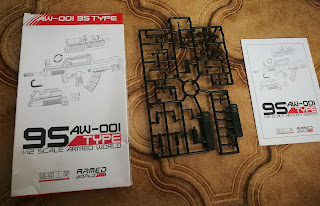 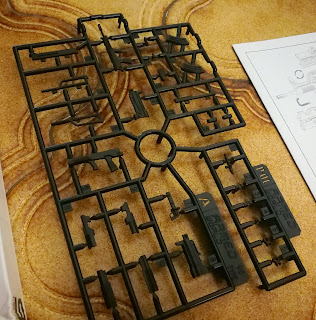 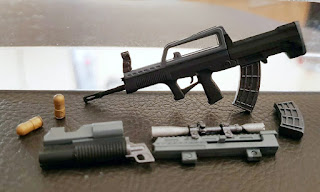 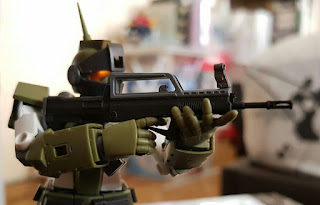 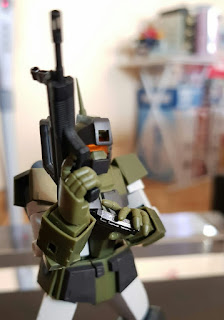 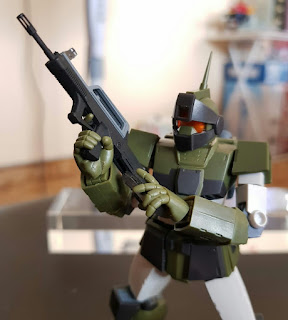 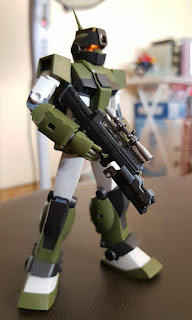 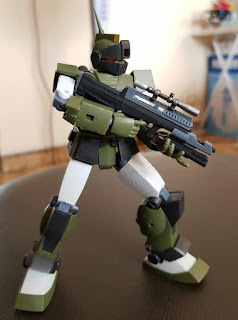 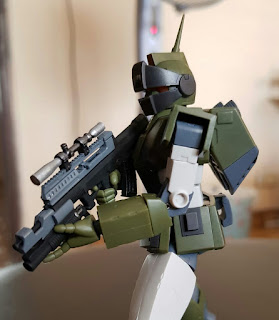 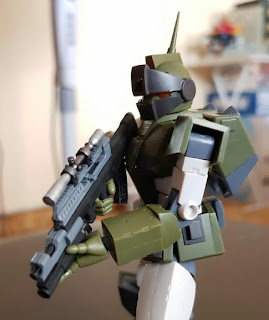 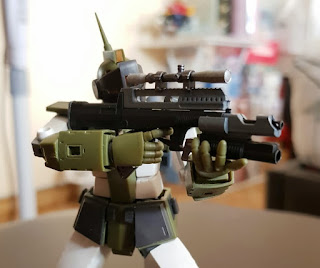 Posted by Gunplanerd at 6:07 PM