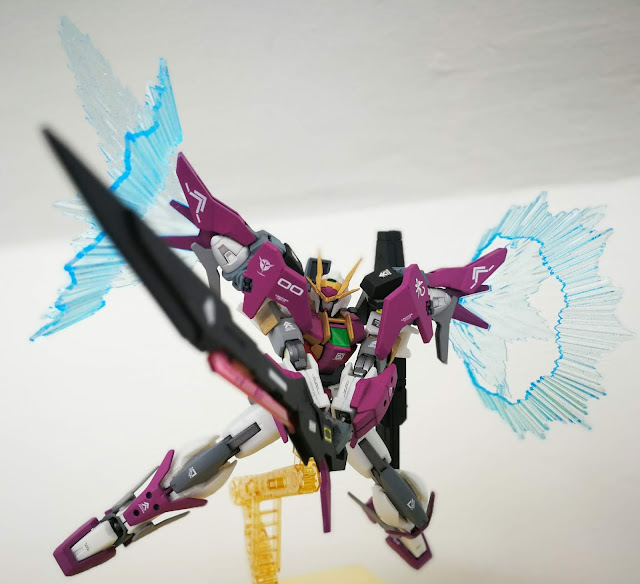 I never liked the 00 Sky's original colour scheme, so I went for a Destiny Impulse palette!


The Gundam 00 Sky was introduced to much fanfare, being the endgame Gunpla of series protagonist Riku Mikami, especially when the 00 Sky incorporates the distinctive elements of the Destiny Gundam. Indeed, the 00 Sky can be seen as a Destiny-fied 00 Diver, with the familiar visage and equipment of the Destiny.

For this build, I used the following colours from spray cans:
Right off the bat, the most distinctive armament in the 00 Sky's arsenal is the Arondight-inspired Buster Sword, easily the most wicked looking weapon in the entire Gundam Build Divers series. While I would have liked a longer beam edge and a separate part for the tip of the Sword, the massive size of the weapon eclipses the Lohengrin-derived Buster Cannon, itself an awkwardly-positioned weapon that doesn't gel with the rest of the Gunpla. I had so much fun playing around with the Buster Sword that I completely disregarded the 00 Sky's other weapons, such as the beam rifle (boring) and the beam sabers (boring x2).

Once the beautiful wings of light go on, the entire kit is quite literally elevated to new heights. The 00 Sky should only be displayed with those effect parts deployed as it completes the kit's look and feel. With the wings on, the 00 Sky looks deadly, especially when paired with the Buster Sword in a Destiny-esque move. The included action base works nicely with the Gunpla, helping it to strike dynamic and powerful poses.

If you have a choice between the vanilla HGBD 1/144 Gundam 00 Sky and the Higher than Sky Phase, I highly recommend the latter! 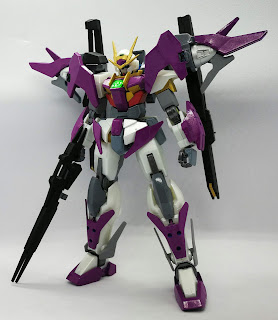 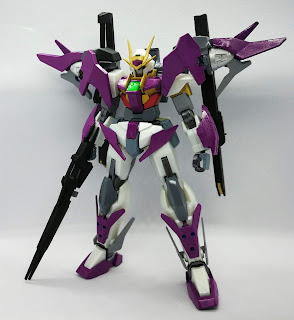 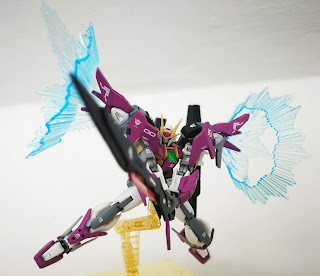 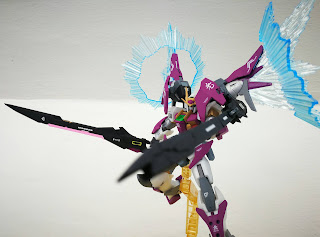 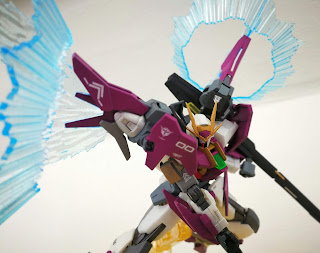 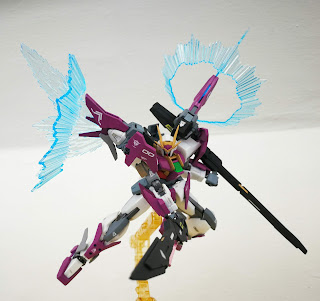 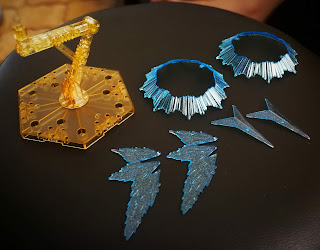 Posted by Gunplanerd at 7:39 PM