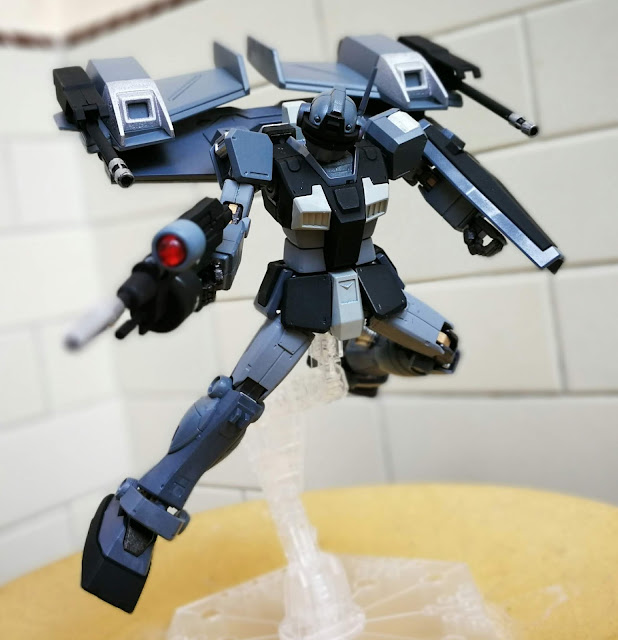 
The RGM-79KC GM Interceptor Custom was a variant of the versatile mass produced mobile suit intended for high-speed interdiction and pursuit missions. As such, the main frame has been lightened to reduce drag and a focusing visor attached to the head unit helps the compound sensor lock on targets during speedy chases.

The "Predator" Assault Booster was developed as a countermeasure against Zeon Dopp fighter planes and other mobile weapons. While suitable for both space and atmospheric use, the Predators were used in greater numbers on earth as air superiority was a critical concern during the dying days of the One Year War as an increasingly desperate Zeon was throwing everything they had at the Federation. Attached to GM units modified as Interceptor Customs, the Predator transformed the humble GM into a lethal aerial combatant that was only seconds behind the fastest terrestrial Zeon machine.

The Predator Assault Booster features two modes: the default Interception Mode and the slower Cruising Mode. The compact form factor of Interception Mode allows the GM to accelerate to remarkable velocity in a very short time, making it very useful for chasing down speedy Dopp fighters and the occasional Zanzibar-class freight ship. While useful, the burst of speed and its associated G-forces prevents proper usage of the GM's handheld weaponry, with beam rifle shots wildly missing targets.

To circumvent this, the Predator is armed with twin 120mm anti-aircraft cannons mounted on each wing and are fire-linked to the GM's targeting systems. These guns were extremely deadly against aircraft, with a single three-round burst from either cannon more than sufficient to reduce enemies into flaming aerial debris. The rounds were also effective against ground-based armour, leading many pilots to use their GMs as makeshift assault gunships for attack operations.

When speed is not of the essence, the Predator Assault Booster can be shifted into Cruising Mode, which extends its wing span and increases the entire mobile suit's stability. Cruising Mode also allows the GM to stay in combat for longer periods of time, useful for patrolling heavily-contested airspace or to provide overwatch for ground troops. The lower velocities achieved in Cruising Mode allows the GM to use its handheld weaponry alongside the 120mm anti-aircraft cannons, although the pilot would have to manually position the entire mobile suit in order to turn the cannons onto ground targets.

I chose to replace the GM Interceptor Custom's brilliant colours with a more muted colour scheme that is somewhat reminiscent of modern day fighter jets: if they can't see you, they can't hit you. 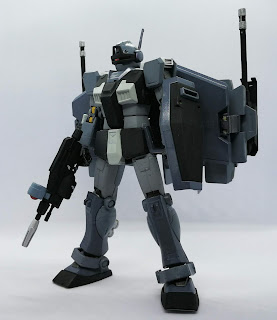 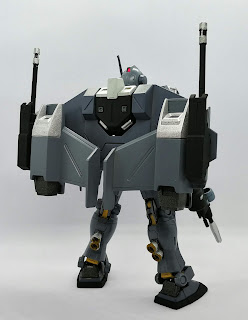 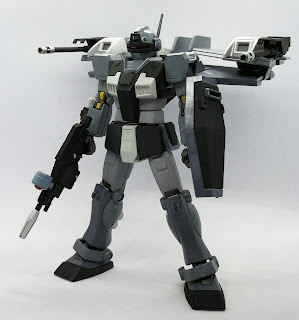 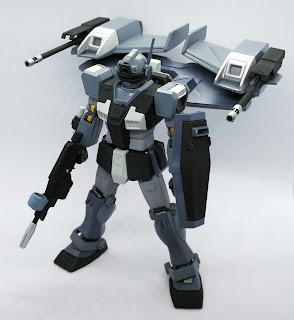 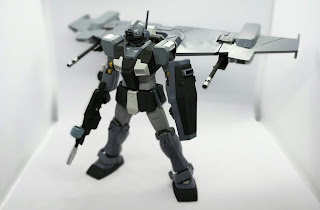 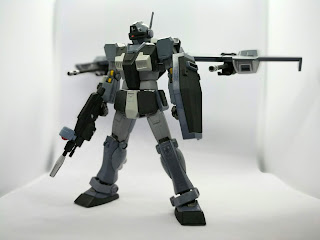 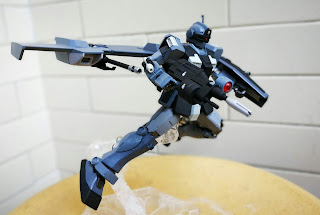 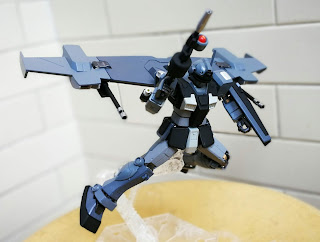 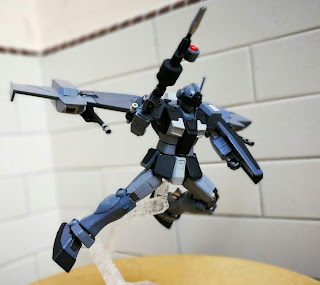 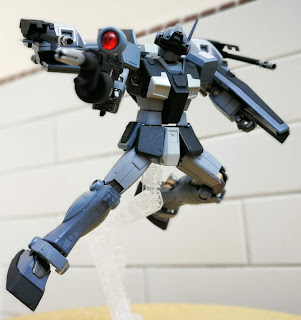 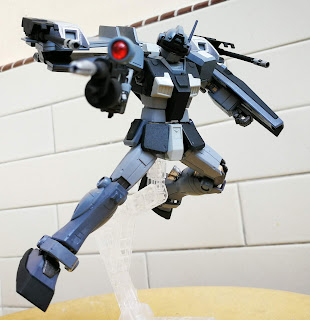 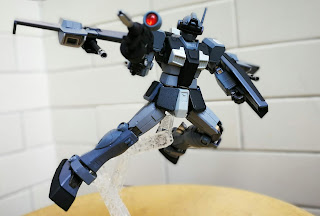 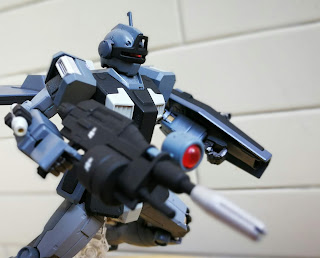 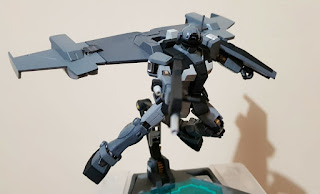 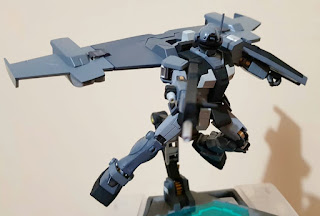 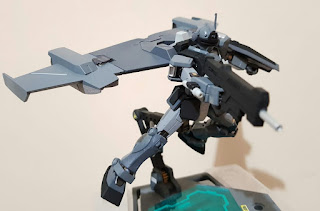 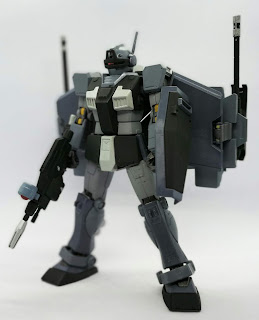 Posted by Gunplanerd at 7:27 PM