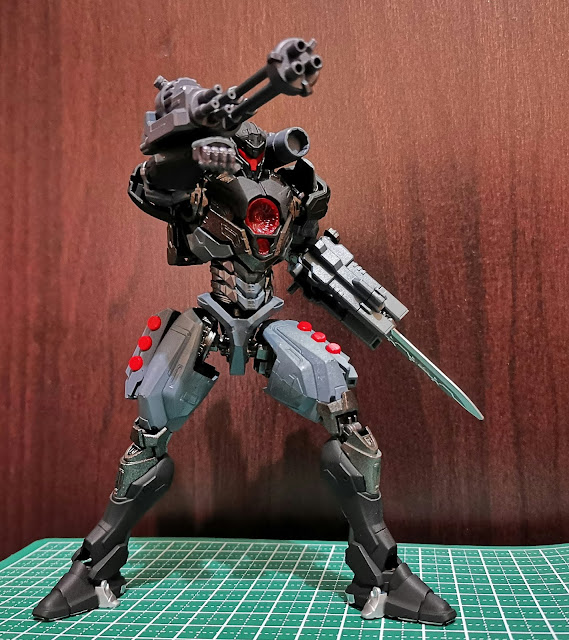 When you are going against the final boss, best to pull out all the stops!
I really love the Bandai HG 1/550 (roughly) model kits of the Pacific Rim Jaegers, so much so that I bought two Gipsy Avengers and two Obsidian Furies. I completed one of each sometime after the Uprising movie came out, you can read more about them here:

For this particular build of the Gipsy Avenger, I opted to go for a duller, more tactical colour scheme along with the inclusion of a heavy weapons loadout. All of the additional equipment mounted on this Gipsy Avenger were sourced from Bandai's HG Customise Campaigns, with the exception of the grenade racks mounted on the thighs (no prizes for guessing where that came from). The following colours were used:
Fictional Lore

A variant of the Mark-VI Jaeger repainted with a more tactical colour scheme and outfitted with a veritable armoury of anti-Kaiju weaponry, the Gipsy Avenger Full Weapon (Final Battle Ver.) was intended to go in guns blazing, overwhelming the three Kaiju en route to Mount Fuji with sheer firepower.Along with its built-in weaponry, the Gipsy Avenger was armed with a wrist-mounted minigun on the right, a sonic oscillation blade on the left, a tri-barrel autocannon and 200mm cannon on its backpack along with two racks of missiles on its thick thighs.

Dropped into battle by the last surviving wing of Skyhawk helicopters, the Gipsy Avenger (Final Battle Ver.) immediately engaged Hakuja with all of its ranged weaponry. The shredding fusillade of AKM ordnance tore through the Category IV Kaiju with ease, killing it in the opening minutes of the battle.Shrikethorn proved to be a tougher opponent as it evaded Gipsy Avenger's shots and took cover behind the towering skyscrapers of Mega Tokyo. A combined and sustained blast from the minigun, autocannon and 200mm cannon finally punched a lethal hole through the Category IV Kaiju, but not before Newton activated the merger protocol.

Facing off against the Mega Kaiju, Gipsy Avenger soon found itself on the defensive as the monstrous creature dug into its arsenal of kaiju abilities inherited from its base components. Locating the primary brain of the gigantic alien, Gipsy Avenger opted for a surgical strike, leaping onto the Mega Kaiju and activating its sonic oscillation blade before plunging it into the abyss. 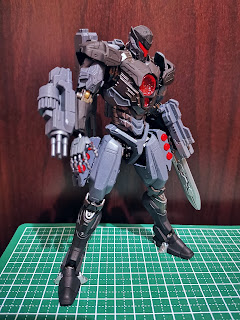 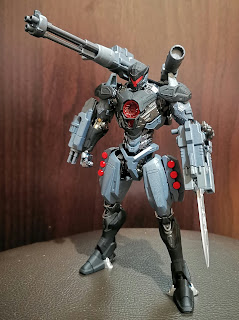 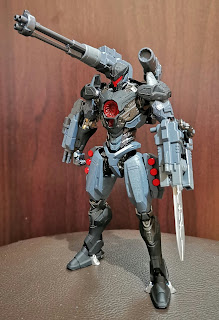 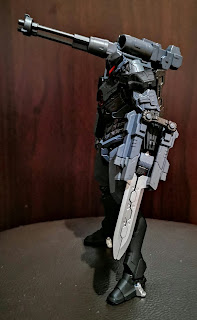 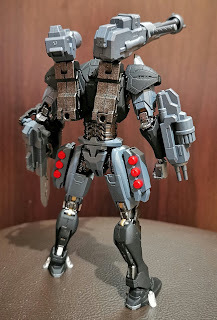 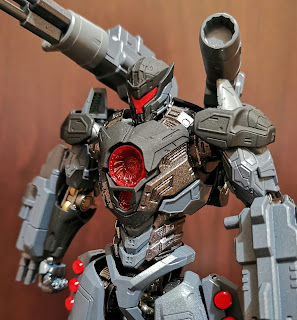 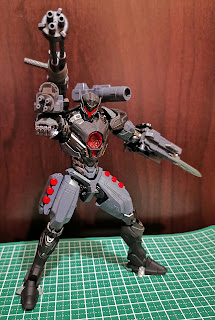 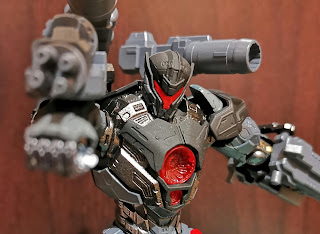 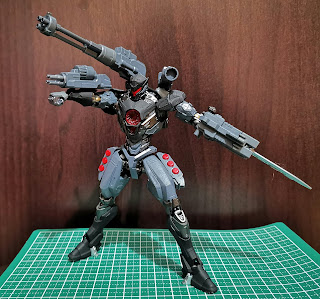 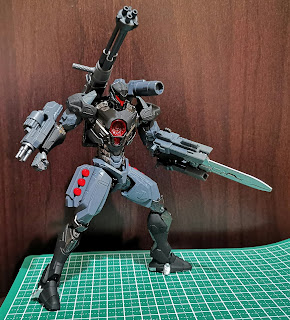 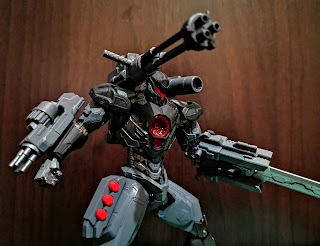 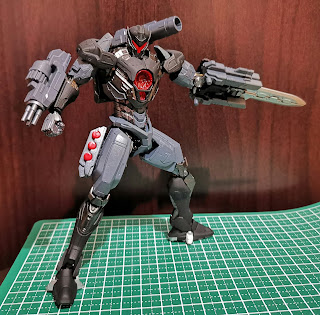 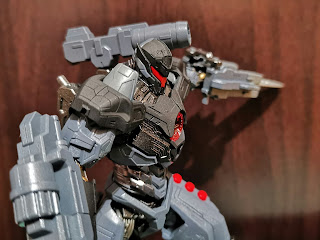 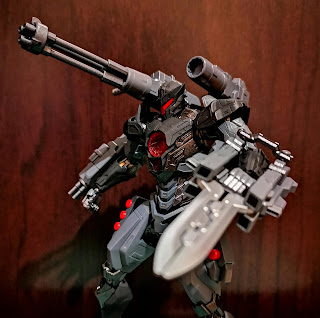 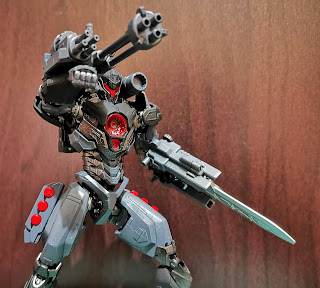 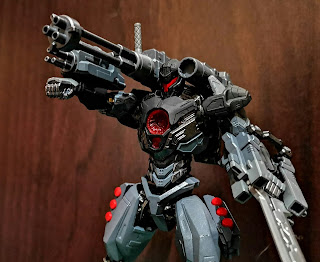 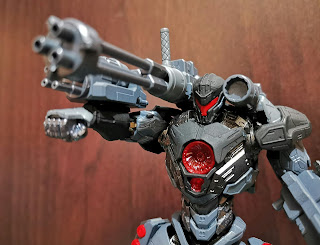 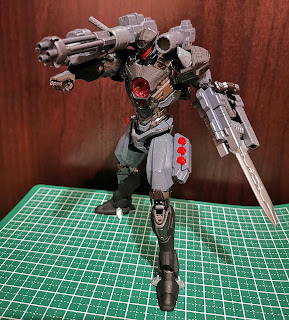 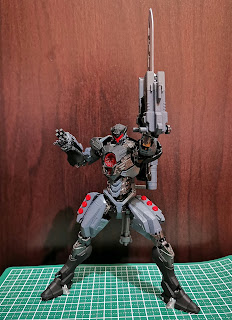 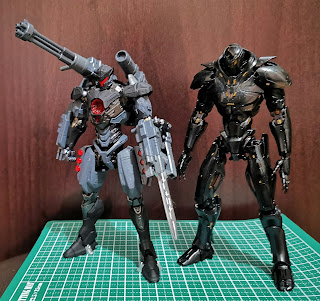 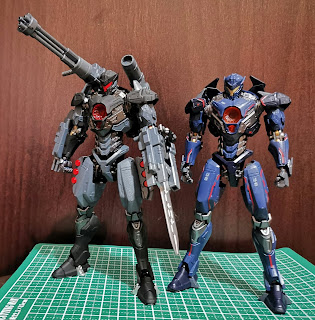 Posted by Gunplanerd at 9:24 PM