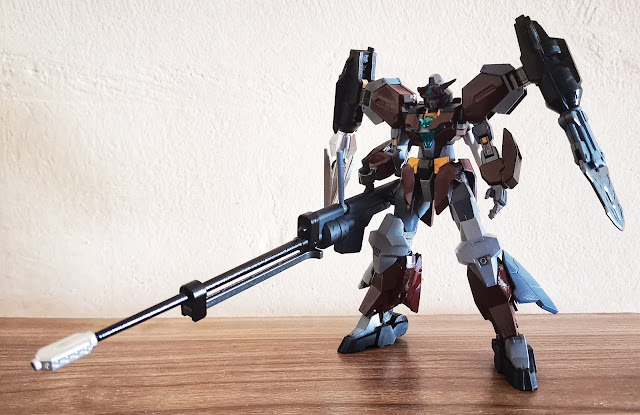 Model Number: PFF-X7II/S6-Mod.E
Designation: Hiroto Kuga's Customised Gunpla for Heavy Anti-Gundam Frame Combat
When the original Saturnix is not enough, you bring in one of its moons.
Developed as a tactical solution to address the tenacity and ferocity of Gundam Frame type mobile suits from the Iron Blooded Orphans (IBO) timeline, the Saturn Armour equipped Saturnix Gundam excelled in brutal ultra close combat situations and could both take and dish out a tremendous amount of punishment.
However, Hiroto had trouble clearing one of the Singleplayer Mode: IBO-EX Story Missions where a particularly tough Gundam Frame from an alternate timeline within the IBO universe absolutely shredded any and all opposition within melee range. This retelling of the IBO timeline saw the rise of Tekkadan as a substantial paramilitary force, subjugating the entirety of Mars under its bloody rule. Seeing the need to keep the growing organisation in check, Gjallarhorn mobilised a grand armada to retake Mars, calling on volunteers (i.e. the Divers) throughout the Earth sphere to aid in its mission. The final stage of the Story Mission had the Divers go against an alternate version of Mikazuki Augus in his endgame mobile suit, a fearsome Gundam Frame type machine that was many times more vicious and merciless than its classic counterpart. No one could get close to the Gundam Frame without being sliced to ribbons, Hiroto had to therefore find a way to soften up the enemy unit from long range before moving in for the kill.
Named after one of Saturn's largest moons, the Enceladus Mod to the Saturnix Armour was created after Hiroto received a magazine supplement from one of his many hobby publication subscriptions. While the core of the Mod was the "Enceladus" 210mm Anti-Materiel Rifle, Hiroto also replaced the Vise Pliers of the Saturnix Weapons with a Scissors Claw to sever the cords of the enemy Gundam Frame's twin Alaya-Vijnana enabled Tail Blades. A darker, ultra low-visibility colour scheme was also applied to the modded Saturnix to help the mobile suit blend into the Story Mission's Mars-based environment setting.The Enceladus proved to be extremely useful during Hiroto's next attempt at clearing the Story Mission, keeping the enemy Gundam Frame at bay with rod-shaped rounds made from the same material as the inner frame of the demonic machines. While the Gundam Frame visibly flinched as each 210mm round struck its body, its penetrative gaze remained fixated on Hiroto, as though it knew Hiroto was the source of its anguish. Without warning, the enemy Gundam Frame's optics turned blood red and it rushed towards Hiroto at an insane velocity and heavy bloodlust.
Gallery 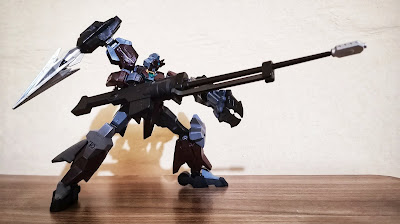 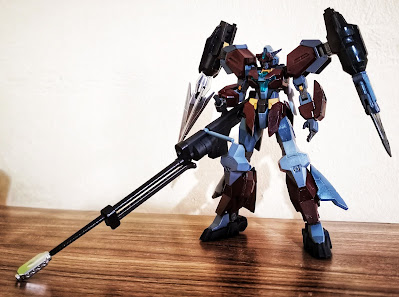 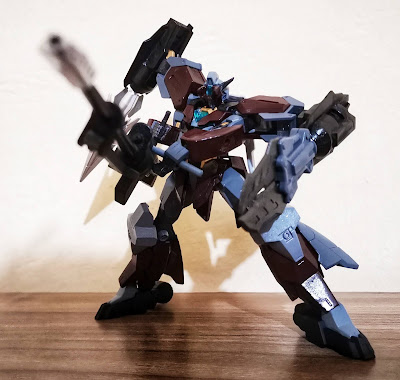 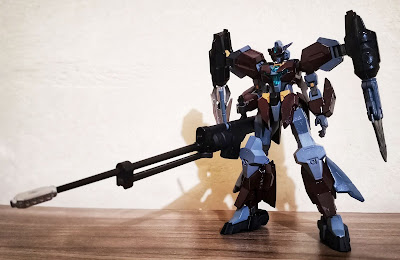 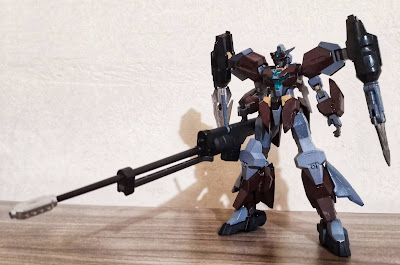 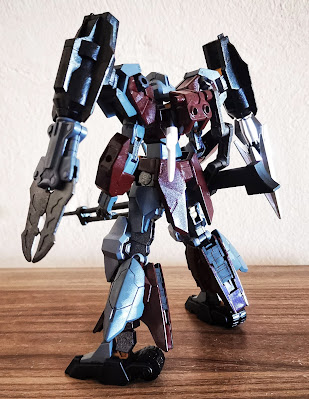 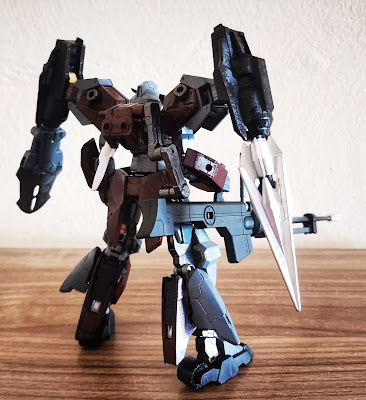 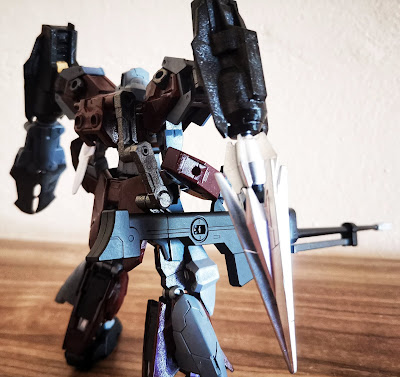 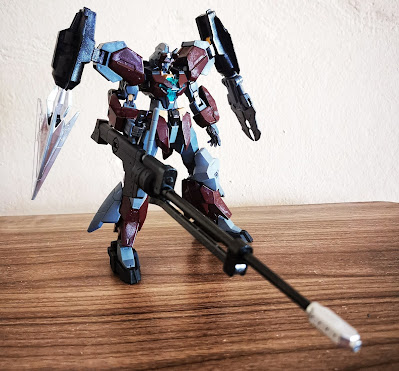 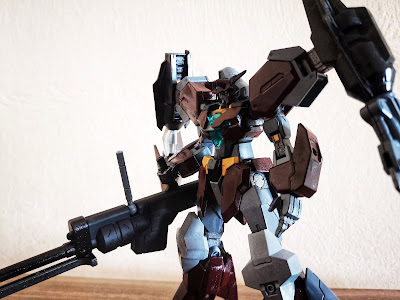