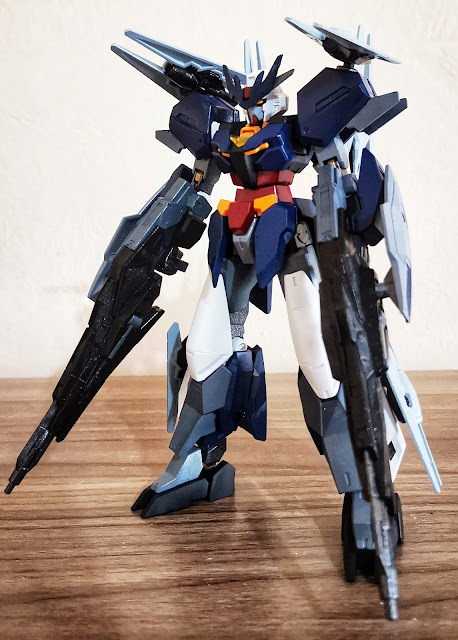 
In any form of warfare whether offline or online, information is king.

After the development of the Jupiter Armour (J5), Hiroto decided to change up his design strategy for all Planets System Armour Units named after the celestial bodies of the Outer Solar System. The first of these was the Saturn Armour (S6), a bulky set that was quite different from the existing streamlined Planets System units. Developed to combat Gundam Frames, the oversized shoulder and leg units allowed the S6-equipped Core Gundam to go against enemy units many times its size and take on more opponents at once. The bulky visage also served as a deterrent to enemy Divers during Diver VS Diver battles, with smaller-sized units not willing to go against the tremendous bulk of the Saturnix Gundam. After generally positive results from test battles and simulations, Hiroto templated the general design to be used for subsequent Armour Units.

Seeking to upgrade and refine the concept of the Earthree Gundam (E3), which was very much aligned with Hiroto’s penchant for long-distance combat as well as tactical command & control, Hiroto set out to work on the Uranus Armour. Built to enable high-precision sniping in all situations and under any circumstance, the Uraven Gundam (U7) was essentially an upgraded version of the Earthree Gundam and bore the same base qualities and all-rounded performance.

Hiroto preferred to hang in the rear of friendly formations to provide tactical oversight of the combat situation, advising friendly units on enemy troop movements and indicating areas that could be potentially exploited for lucrative battlefield gains. To this end, Hiroto needed eyes throughout the battlefield to give him an accurate picture of the current area of operations (AO) from which to devise effective stratagems. Taking reference from the Jupiter Armour’s Manifer Bits, Hiroto downgraded the offensive capabilities of the remote weapons to twin beam vulcans but improved their design for greater aerodynamics and some degree of stealth. He also added a large multi-purpose sensor unit to the front of the Bits for them to better fulfill their intended purpose of intelligence gathering, ultimately creating the “Elert” Sensor Bits, named after astronomer Johann Elert Bode who suggested to name Uranus after the Greek God of the Sky in 1783.

The early version of the Uraven Gundam, designated the Sensor Bit Test Type, was equipped with a total of six Elert – jokingly mispronounced as "alert" by some of Hiroto's Forcemates due to their early warning nature – Sensor Bits: two mounted to movable recharge racks on the Gundam’s broad shoulders, two attached to the wired Leg Sensor Units on each calf and two more carried in a purpose-built dock mounted to the Core Gundam’s backpack. Hiroto usually deployed the Uraven Gundam with dual Beam Shoot Rifle U7 units akimbo, ostensibly to test the sniping performance of the new weapons with the Sensor Bits (and also because he was secretly a show-off).

While the Sensor Bits were generally meant to help Hiroto line up firing solutions for the beam rifles accurate to the metre, he could also use them as surveillance drones to gather battlefield intel. Using software he wrote to control and direct all six Sensor Bits as well as collect and analyse the wealth of real-time battlefield data, Hiroto could build an extremely accurate picture of the current tactical situation, give or take a slight margin of error. The relatively diminutive size and artificially-controlled dexterity of the Elert units meant that they were hard to shoot down, but they were still vulnerable battlefield assets that Hiroto sought to protect in order to maintain his tactical overview.

In extreme circumstances, Hiroto could also use the Sensor Bits offensively as makeshift funnels, pummeling enemy units with relentless beam vulcan fire until one side gives up. The Sensor Bits could also be used to sneak up on enemy combatants, lay ambushes, chase down retreating units or to cause distractions. The versatility of the Sensor Bits gave Hiroto and his allies an edge in complex GBN operations where the multi-faceted nature of the drone machines could be put to good use.

Although the Sensor Bits proved that they are able to be gamechangers in-game, they unfortunately drained the Uraven Gundam of power fairly quickly. Hiroto simply could not maintain extended operation of all six Sensor Bits with two beam rifles, with the entire Gundam shutting down mid-battle and necessitating evacuation. While the treasure trove of collected battlefield information was invaluable, staying alive and operational was more important in the grand scheme of things. By the time of the 2nd Coalition of Volunteers Battle, Hiroto had effectively halved the loadout of the Uraven Gundam to just three Sensor Bits and one beam rifle. 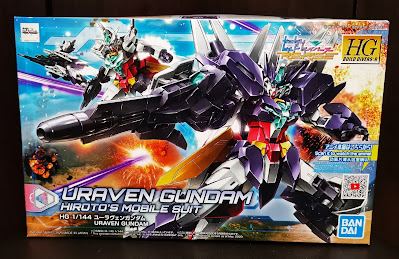 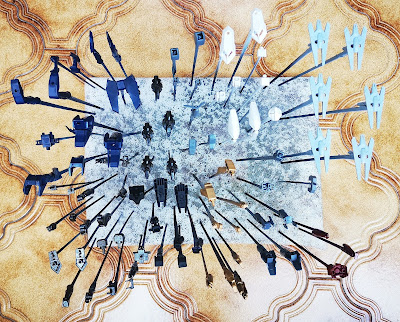 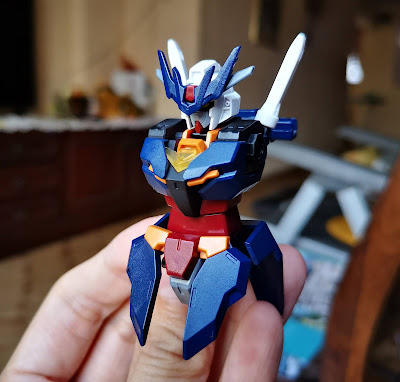 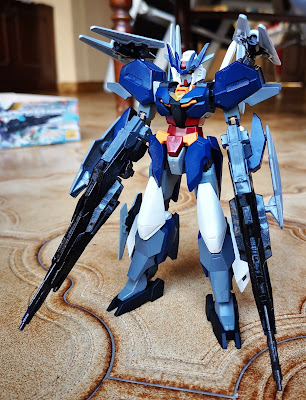 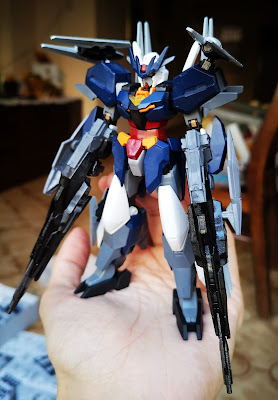 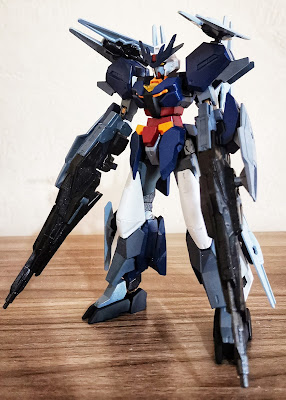 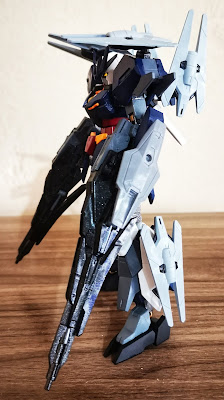 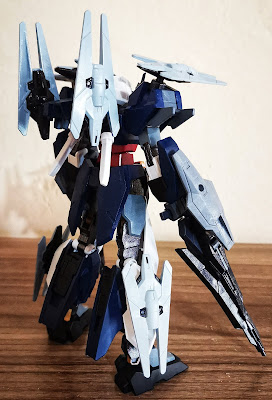 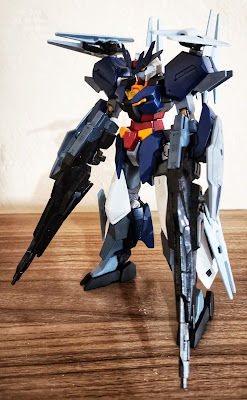 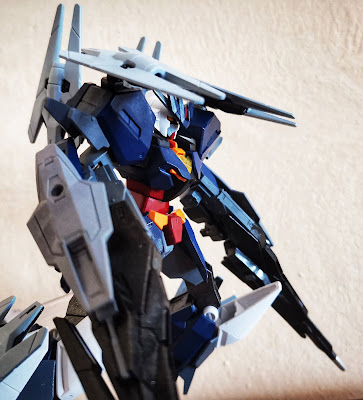 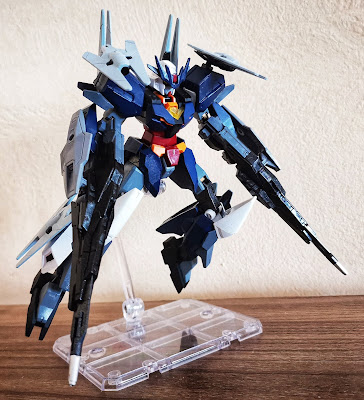 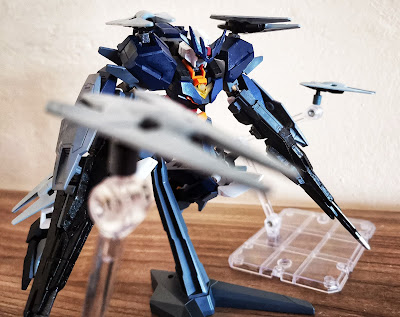 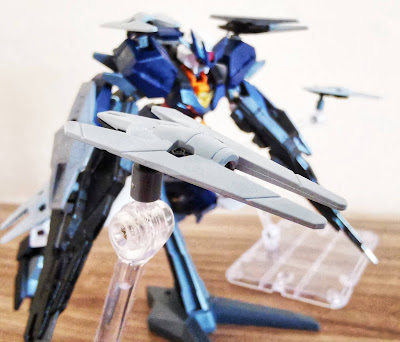 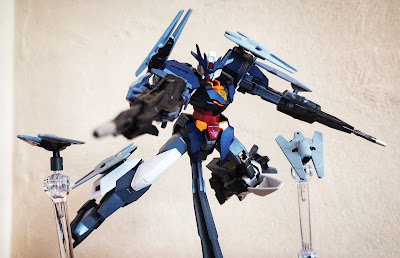 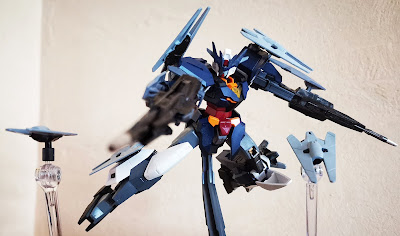 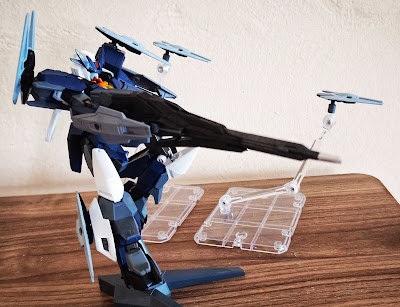 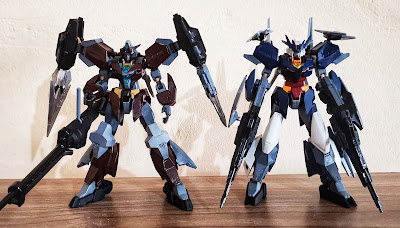 Posted by Gunplanerd at 6:44 PM