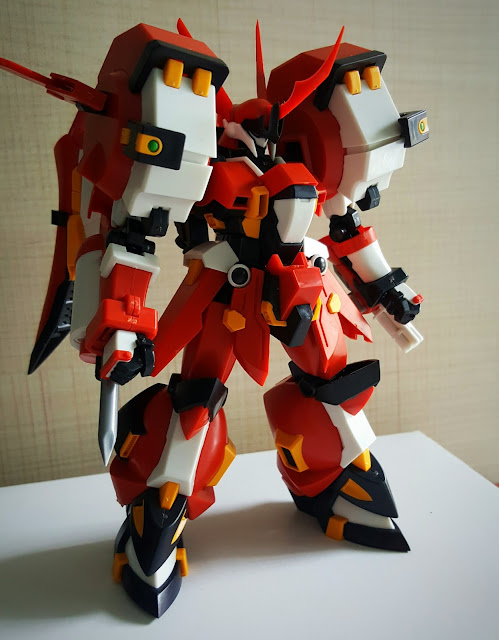 Before this, I have never built a Super Robot Wars kit all my life, even if I religiously played the turn-based strategy games on the very first PlayStation when I was but a tyke. Perhaps the more grounded, militaristic look and feel of the Gundam series captured my heart more, relegating the more outlandish and flamboyant Super Robots to a less-accessed corner of my mind. The release of SRW model kits only in Kotobukiya's format turned me away even more, as Kotobukiya kits are priced loftier than Bandai's and make you do so much more work.

An old pal of mine passed me some of his old model kits a few years back as he couldn't find the time to finish kits while juggling ten thousand other hobbies. One of the kits in the mega-haul was this Alteisen Riese, one of the main characters of Super Robot Wars. Coincidentally, a mobile game that I was fooling around with at that time featured the Riese as your first playable character. Naturally, I was stoked to build the kit, but the machinations of life delayed its construction till now.


For a 1/144 scale model kit, the Riese comes with a huge box of parts, rivaling if not even exceeding modern MG Gundam model kits. There are a lot of tiny pieces that will test your patience and hobby knife dexterity, but as you build up the Riese, you will be thankful for all these small parts. As the Riese is completely devoid of stickers - a major plus - all the minute pieces are there for color separation, working wonderfully to give the out-of-box product a fantastic look.

A small gripe I have is the way the construction manual is laid out. Different from Bandai's idiot-proof step-by-step guides in their manuals, Kotobukiya lumps multiple building sequences into one step. You can be building five different assemblies when tackling one leg, all in the space of one cell in the construction manual. This can be confusing and daunting at times, as the sheer complexity can turn you off.

The parts themselves are also not child-friendly, with sharp points and edges everywhere. Some assemblies also require a fair amount of elbow grease as the pegs are machined exactly to the connecting hole's diameter with little room for error.

After about five hours of building, the Riese stands proud and taller than its 1/144 Bandai counterparts. There are quite a number of gimmicks on the Riese including deployable missile launcher doors, a revolver spike and an edgey backpack, but its relative fragility hinders the more dynamic and articulate poses. Nevertheless, the Alteisen Riese looks great just standing still. 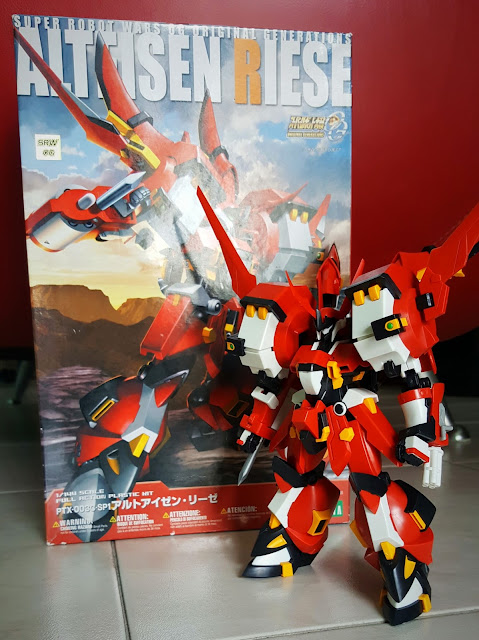 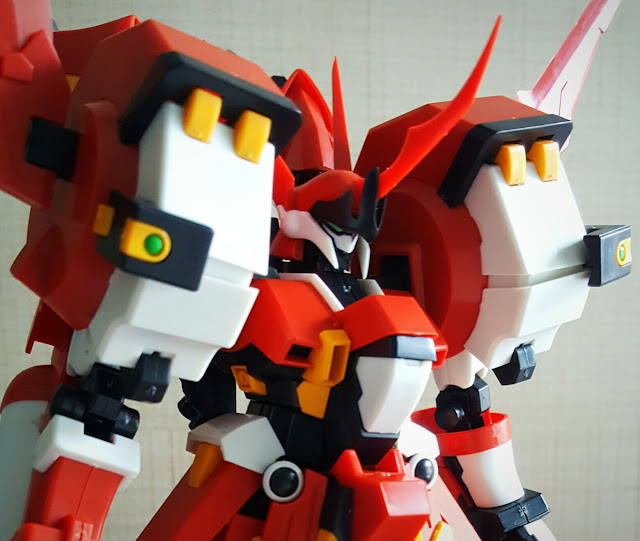 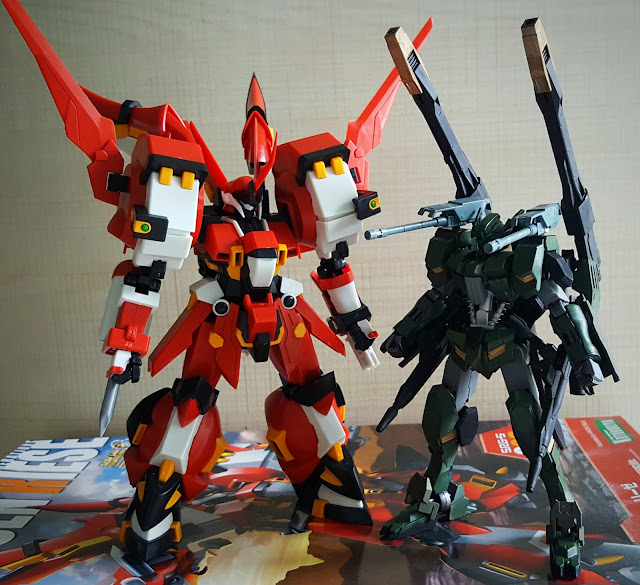 Posted by Gunplanerd at 4:50 PM