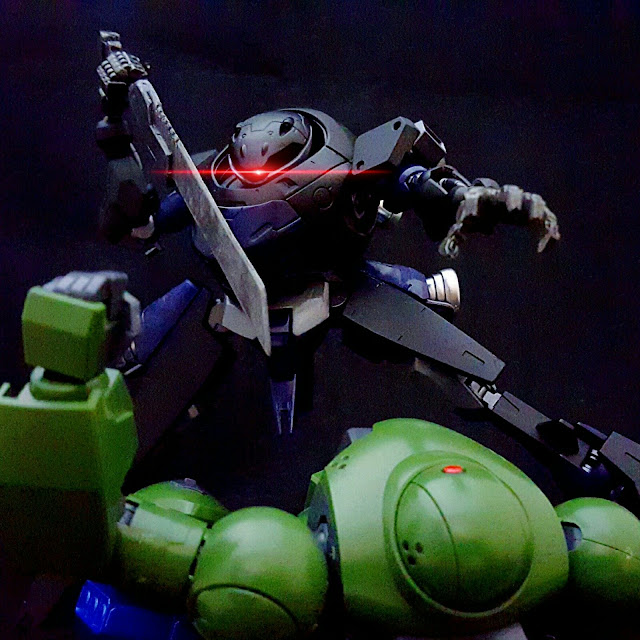 I'll be direct: this customised build is directly based off the Ronin from Titanfall II, the upgraded Stryder-class Titan with a huge mean blade. It's not everyday that you see a spindly, thin mecha wielding a gigantic sword like a ninja, let alone one with a design as striking as the Ronin. Therefore, I decided to attempt to recreate the Ronin in the Post Disaster timeline and universe, thereby resulting in this Man Ronin.


The Man Ronin's fictional backstory is that it was one of the Man Rodi units confiscated by Tekkadan after their decisive victory over the pirate gang the Brewers, being relegated to support functions since most of the heavy lifting was done by the Gundam Frames. Although a few Man Rodis were sent to Earth to support the Tekkadan branch there as Landman Rodis, at least one unit was kept on Mars for reverse-engineering and research purposes. After the demolition of the Dawn Horizon Corps, Tekkadan took possession of all of their Hugo units along with a wealth of other equipment. Although the Hugos suffered pretty extensive damage to their main bodies, their limbs were relatively intact.

Combining the versatility of the Rodi Frame with the agile limbs of the Hugo Frame, the resulting mobile suit addressed every drawback of their parent Frames. The unit was able to reach speeds unfathomable by the Man Rodi, yet was able to shrug off punishment that would have mortally wounded a Hugo's pilot. Tekkadan engineers were surprised at their unexpected windfall, but their joy was cut short as the combined systems and entwined frame modules proved to be too complicated and extensive for full-scale mass production.

Eventually, the new mobile suit was tested for use as a black operations strike unit, decked out in midnight colours that helped it to hide in the urban environments in which it mainly operated in. A variety of armament and weaponry was trialed but the mobile suit's unnamed Human Debris pilot preferred a large sword fashioned from the rotor of a decommissioned helicopter that was made with a special, rock-hard alloy. With this unconventional weapon, the mobile suit and its pilots struck fear in the hearts of their enemies, who only knew about the suit's existence seconds before a massive blade ruptured every artery in their bodies. This urban legend formed the basis for the mobile suit's nomenclature: the Man Ronin. 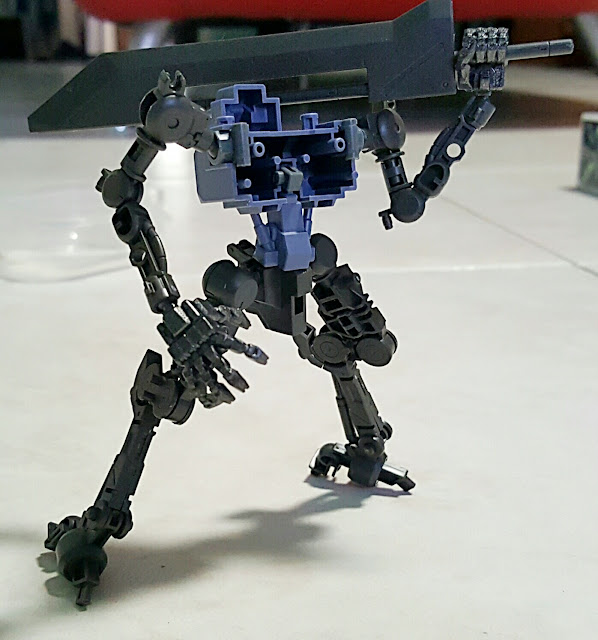 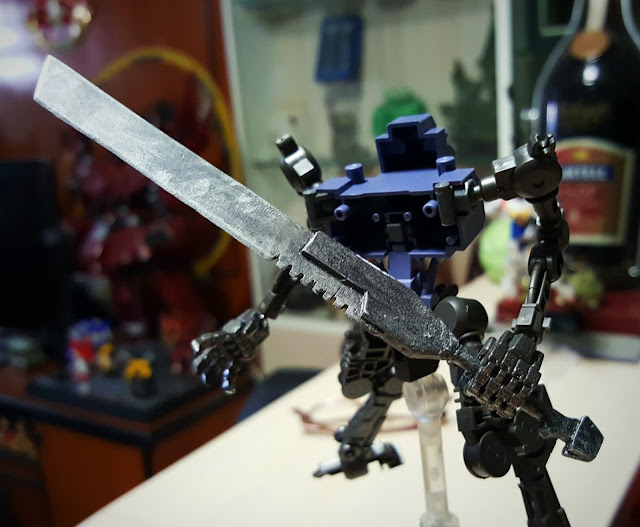 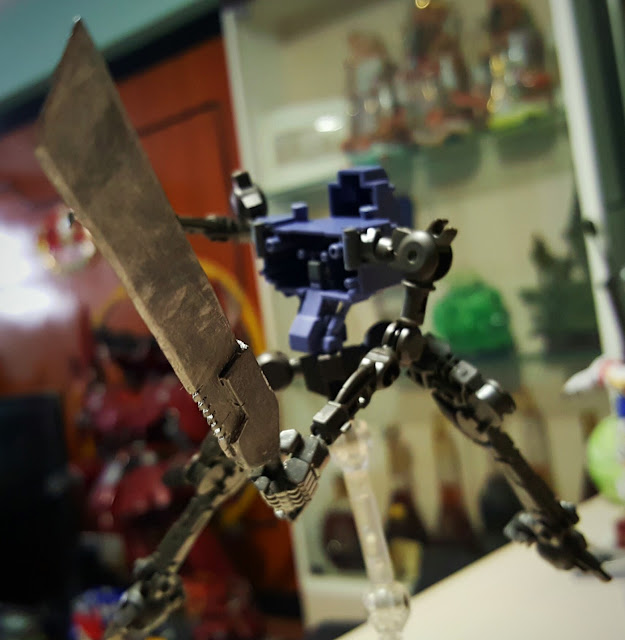 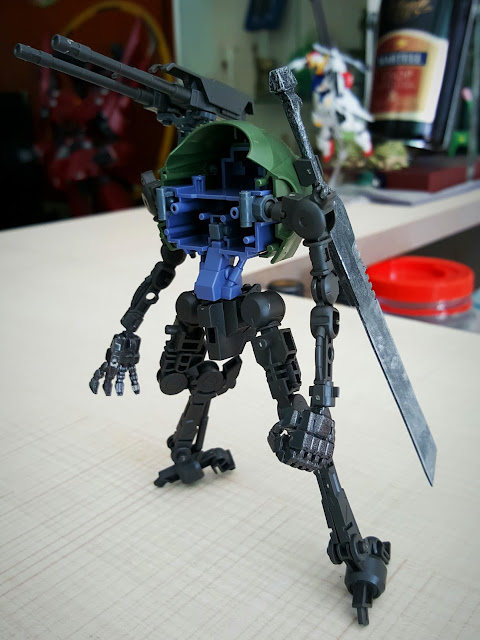 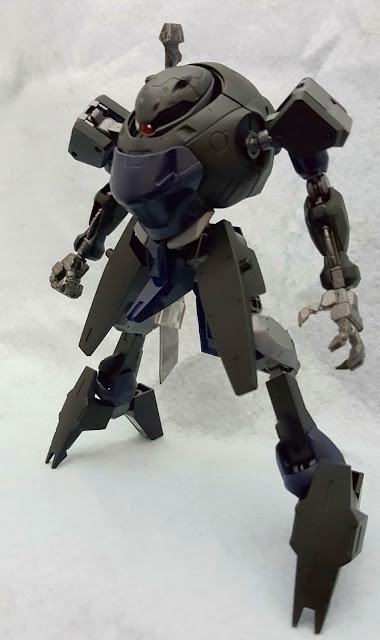 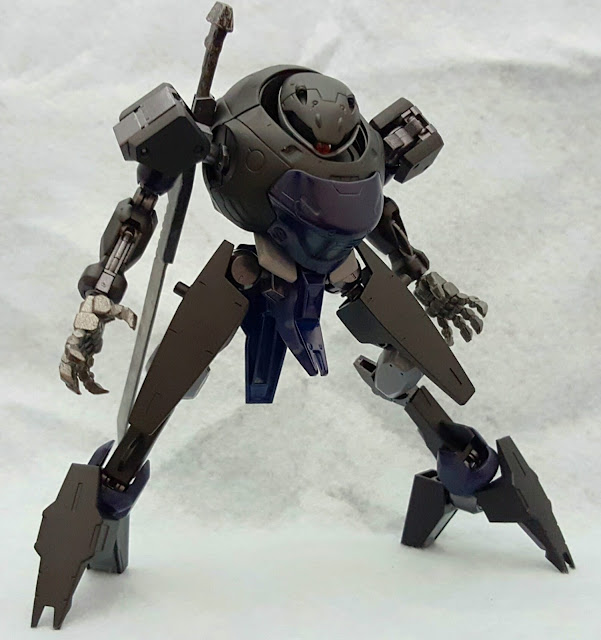 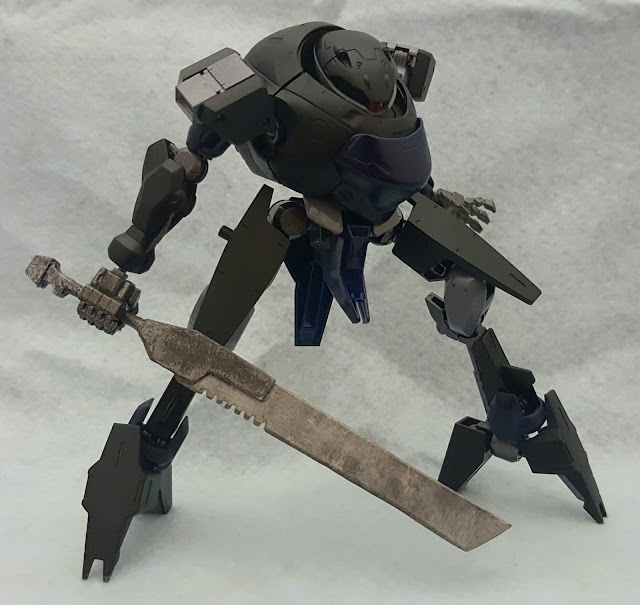 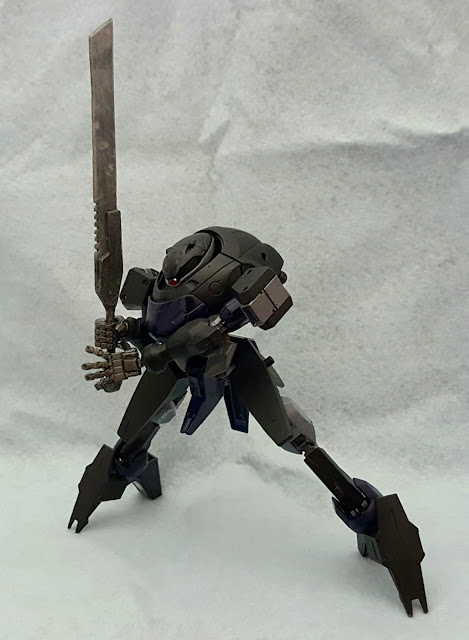 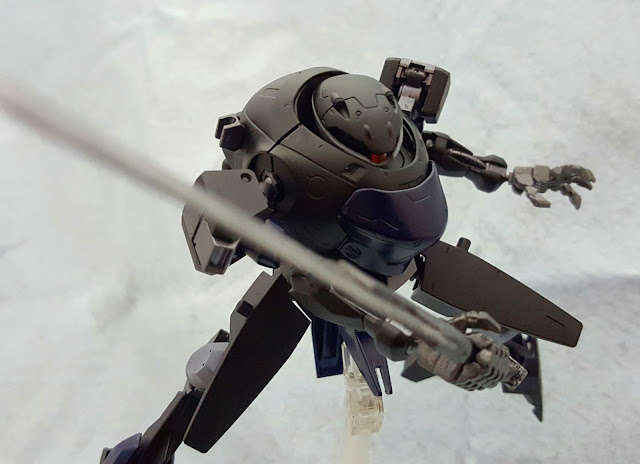 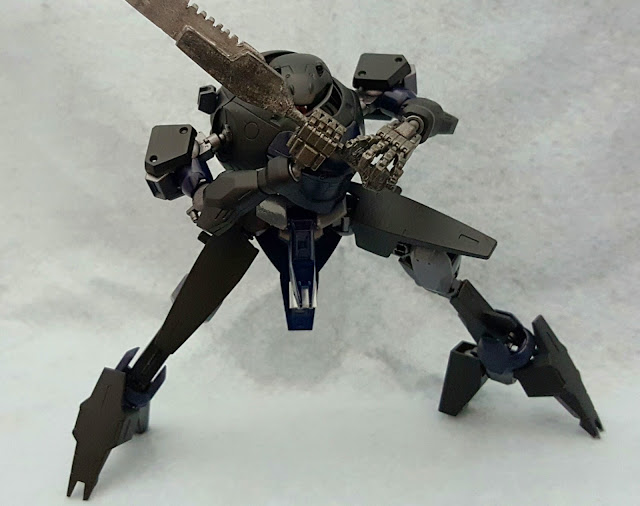 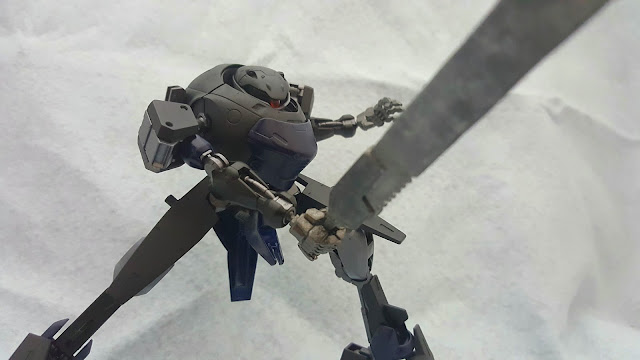 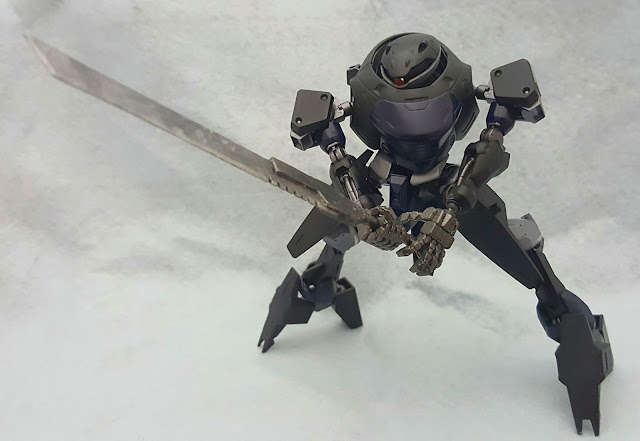 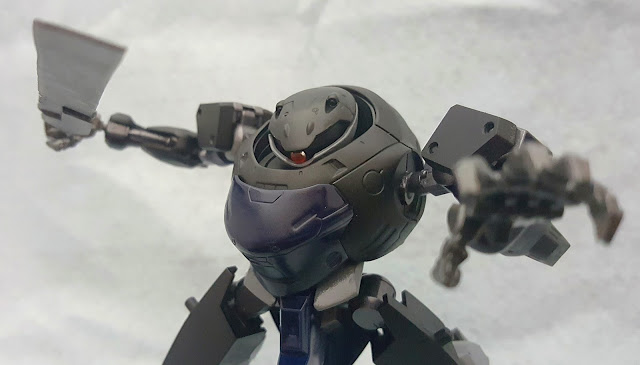 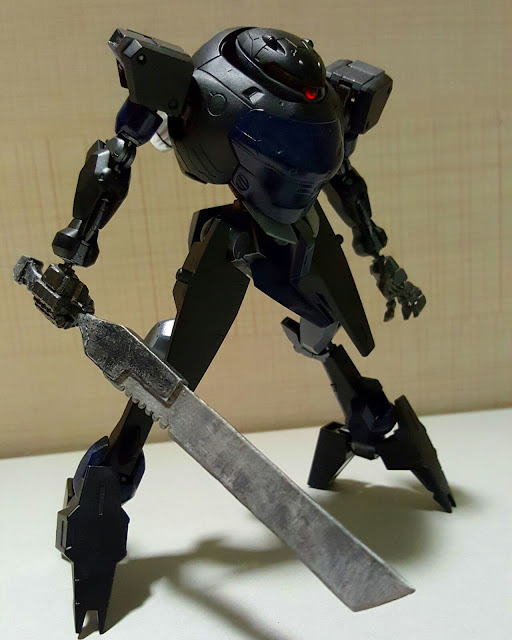 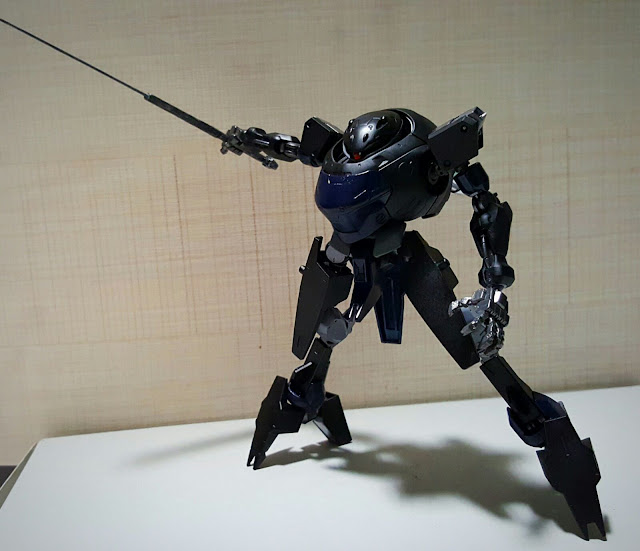