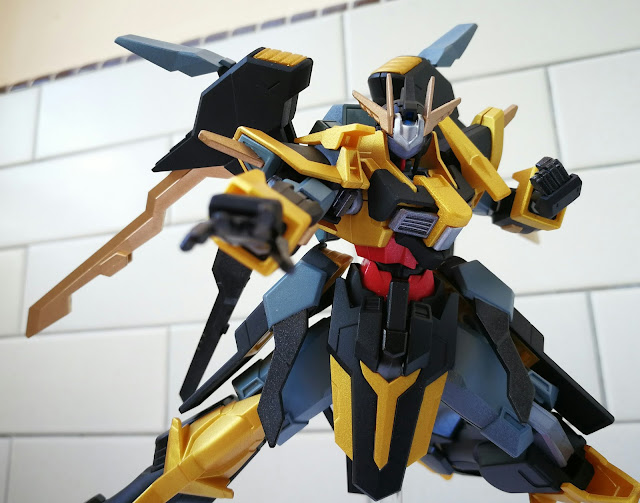 As the latest rendition (model kit development wise) of the Denial Gundam, the Gundam Schwarzritter boasts a dark, brooding black colour scheme, complemented by powerful accents of gold. From the no-frills, pugilistic design of the Denial, the Schwarzritter is equipped with a massive backpack that can turn into equally massive swords, giving it undeniable power as required by the Masked Second G.


As the Denial was showcased before the Cathedral Gundam, some people are confused as to who designed the initial Gunpla and how did it become what it did. Initially created by the ruthless Meijin Kawaguchi the Second (the dude in a coma during the events of Gundam Build Fighters), the gold-white Cathedral was piloted by Shouki Someya to devastating effect, taking advantage of the Cathedral's high output to overwhelm opponents. After being defeated by the future Meijin Kawaguchi the Third (aka Tatsuya Yuuki), the torso and head unit of the Cathedral were preserved and, through unknown means, obtained by the mysterious Masked Second G. With extensive modifications to the Cathedral, the Masked Second G created the Schwarzritter, pretty much a nightmare version of the Cathedral with its reverse colour scheme. Some time later, the Schwarzritter would have presumably been defeated before finding its way to the school which ended up recruiting Junya Inose who further tuned it to become the Denial Gundam. 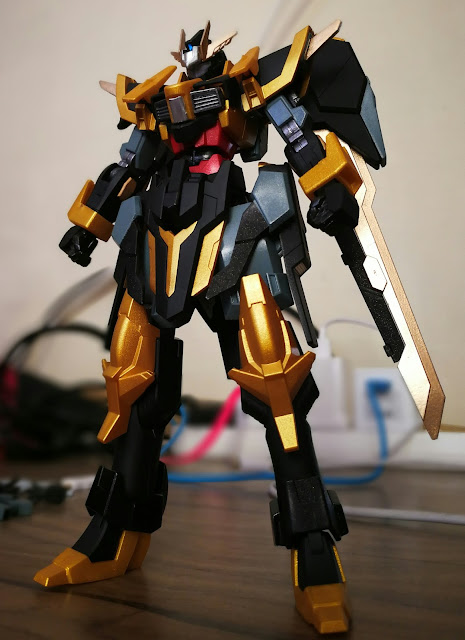 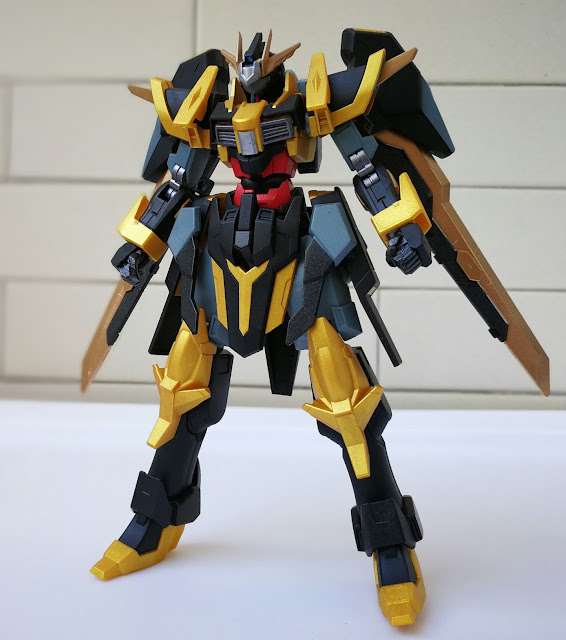 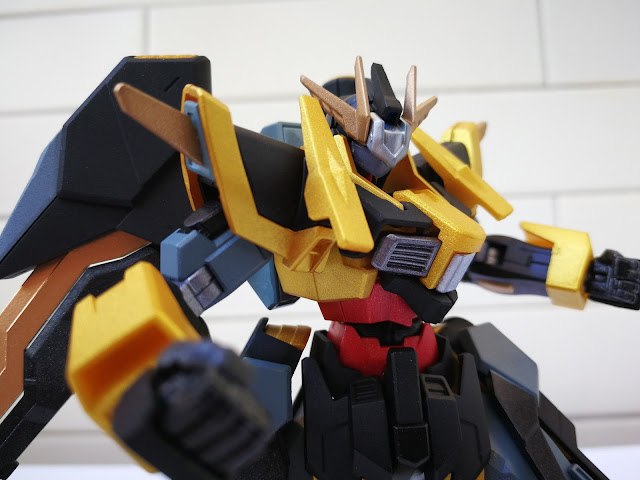 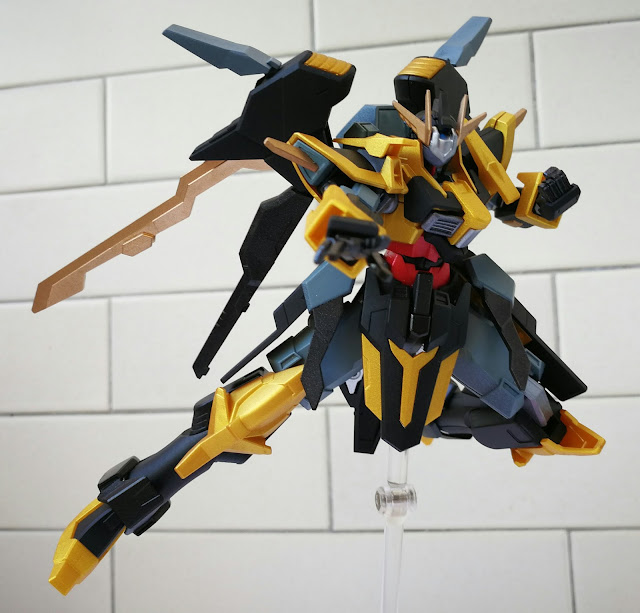 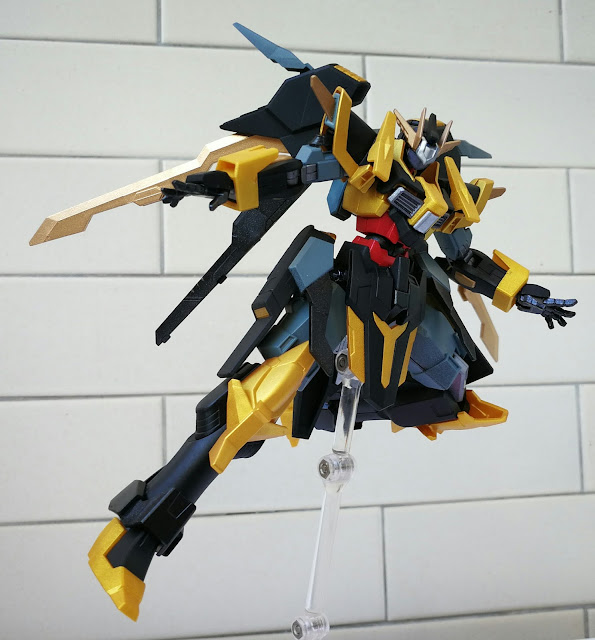 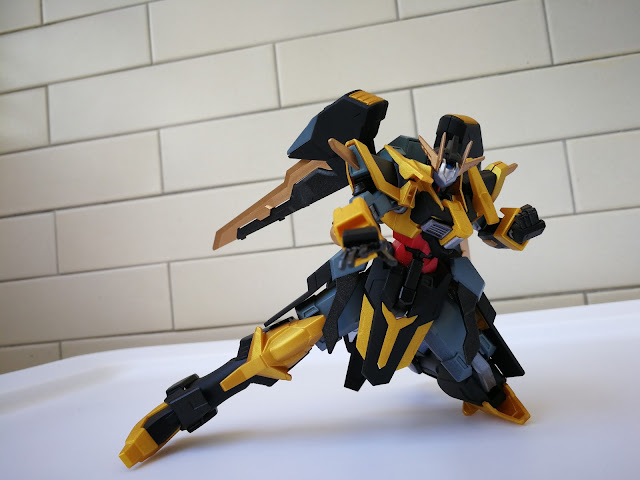 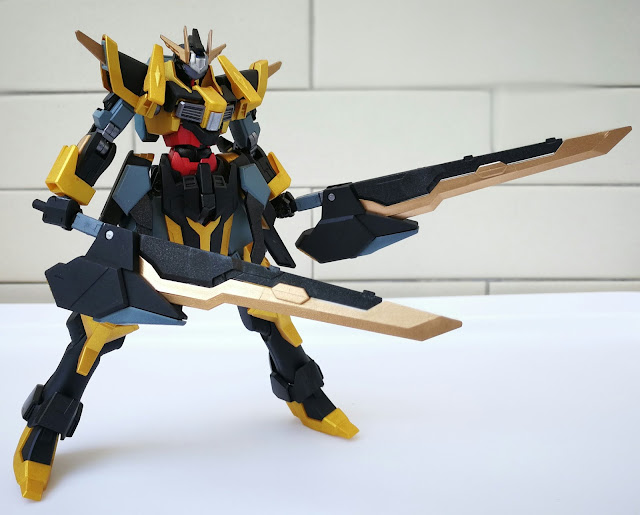 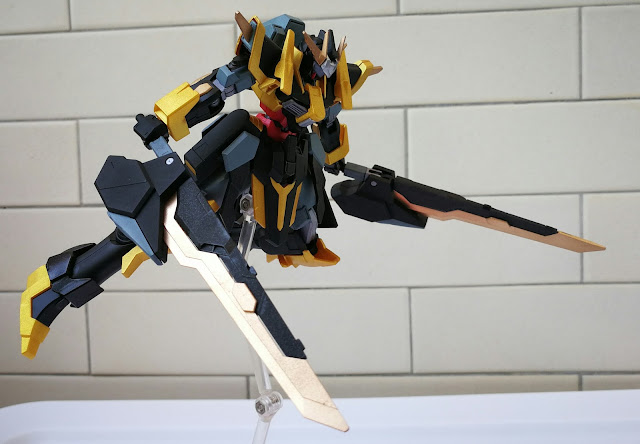 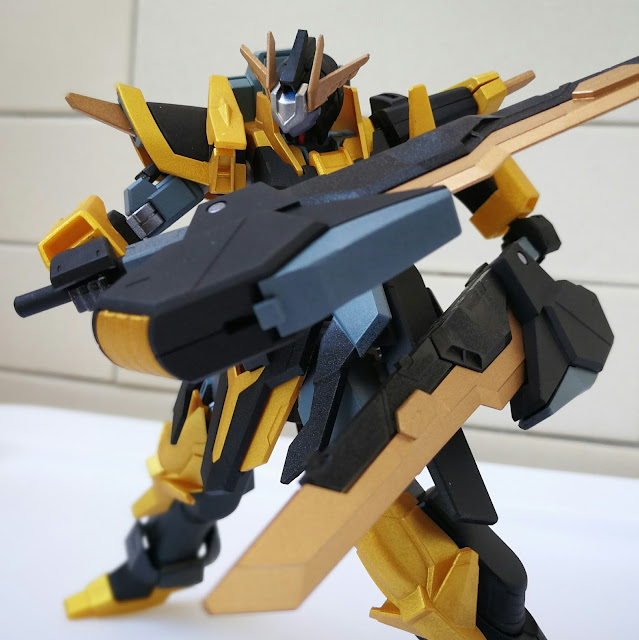 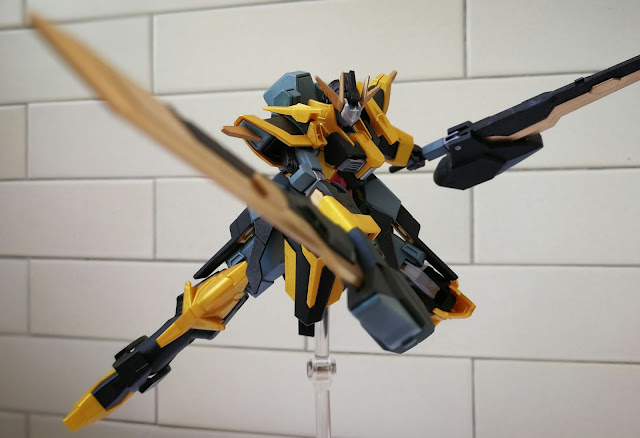 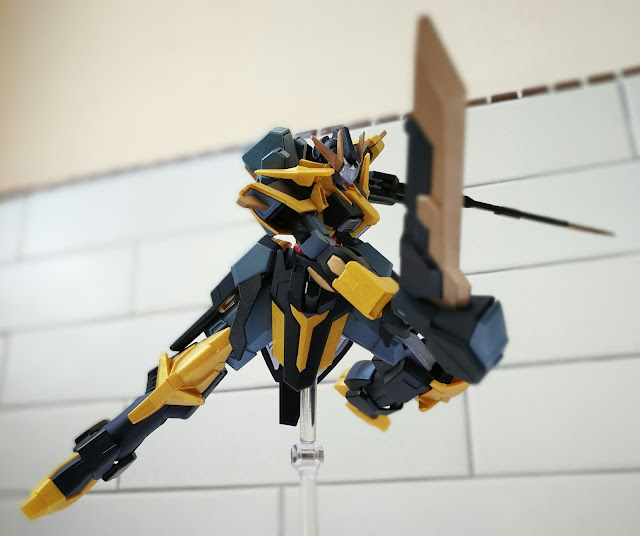 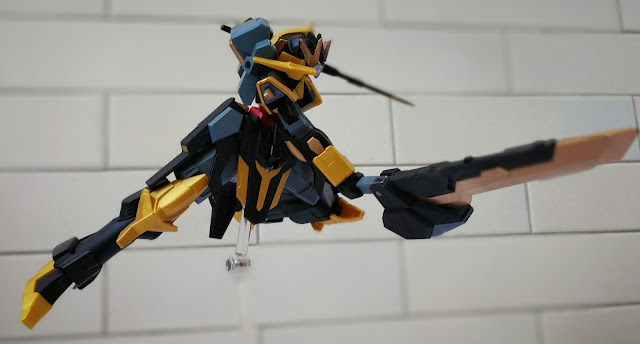 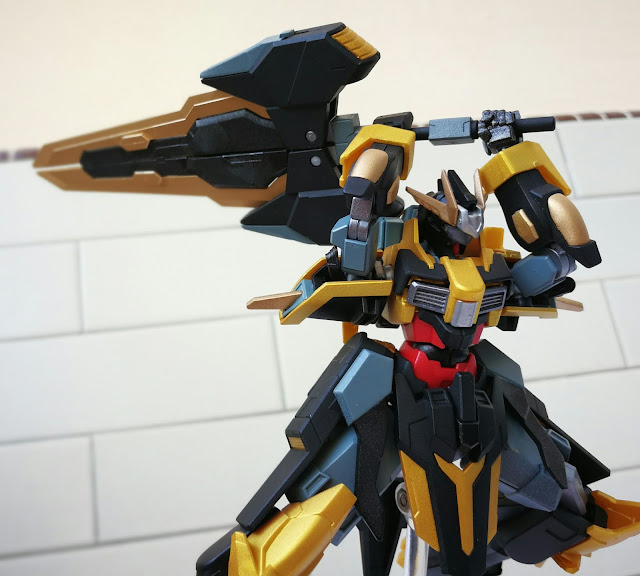 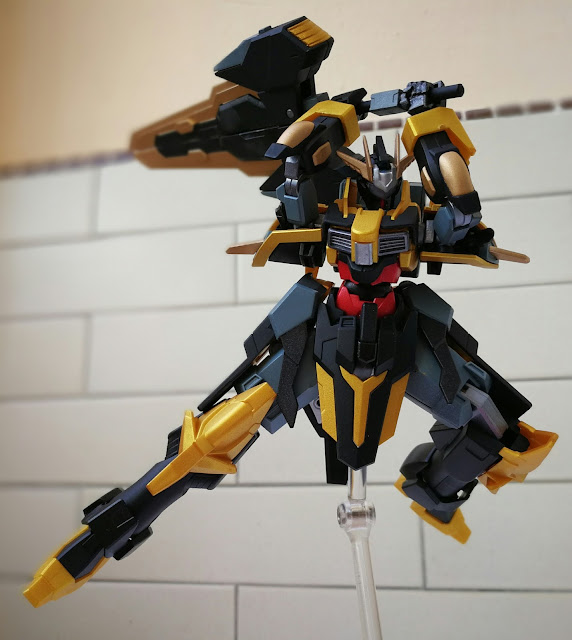 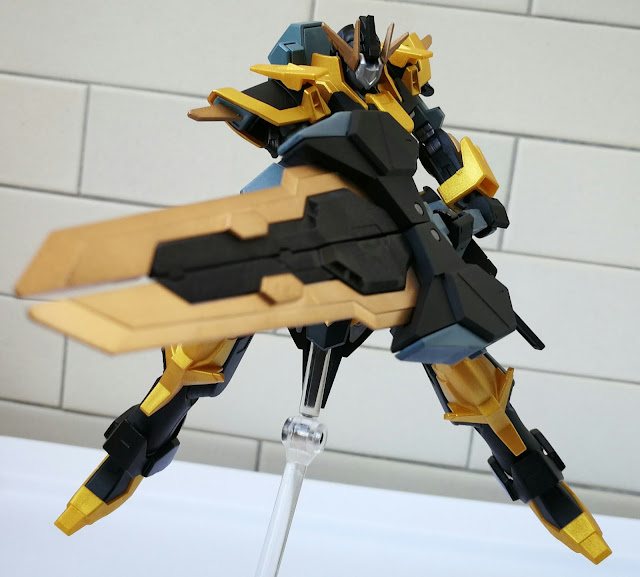 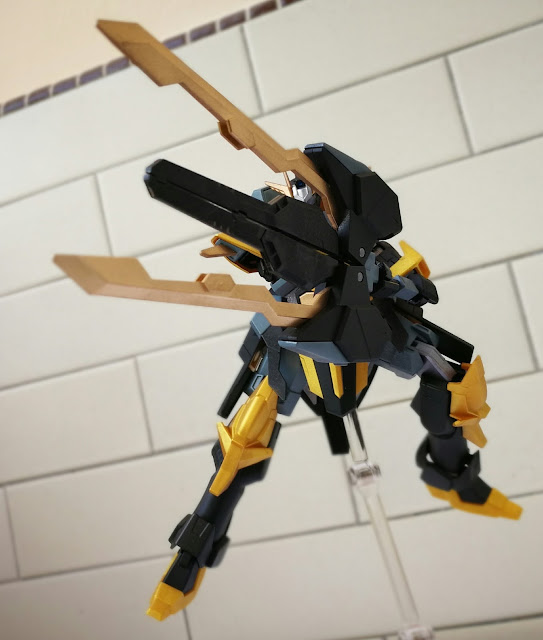 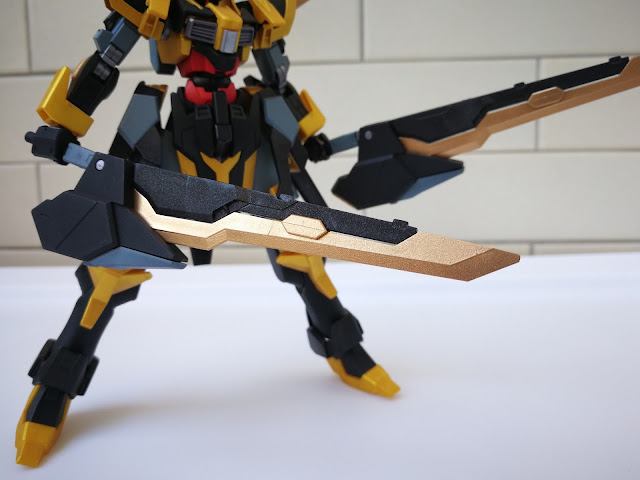 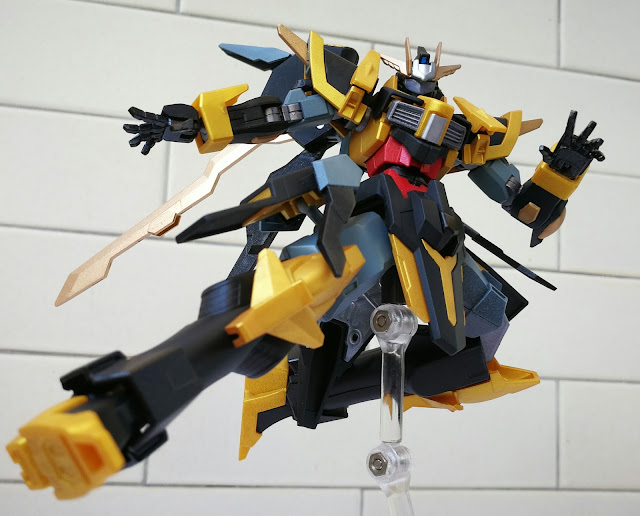 Posted by Gunplanerd at 7:34 PM