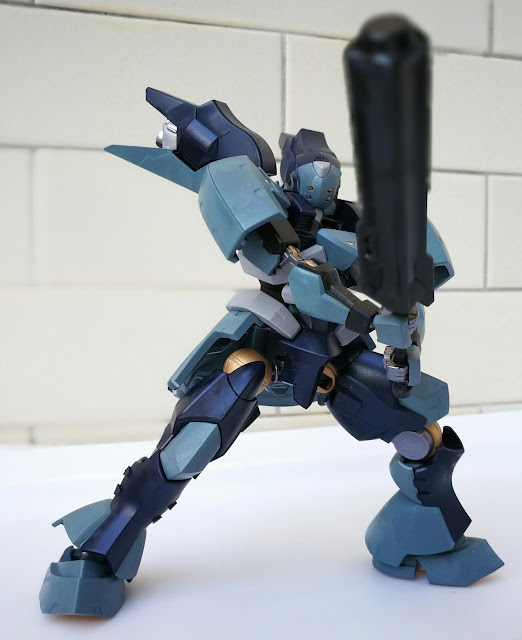 As far as grunts go, the Rouei has a superior combat record.


Essentially a Teiwaz Hyakuren retrofitted for terrestrial combat, the Rouei invokes the look and feel of the MS-06 Dom, a high mobility, high armour combat bruiser. The Rouei incorporates many more thrusters and verniers into its disguised frame, allowing it to achieve superior mobility, agility and posture control. This gives the Rouei an edge in battles under gravity, as the multitude of thrusters and verniers are more than enough to offset the increased weight and tonnage on Earth. A pair of movable boosters mounted on the back of the Rouei further contributes to its high mobility.

Being a Teiwaz machine, the Rouei is able to use all weapons manufactured before, including the Hyakuren's Rifle Cannon and Single-Edged Blade, although it is generally equipped with a smaller-caliber Handgun as well as the fearsome Heavy Club. In the right hands, the Club became a force to be reckoned with, knocking out pilots in their cockpits with a well-placed blow to the chest. The small profile of the Club - as compared to the massive maces favoured by the Barbatos - allows for quick hit-and-run strikes, using the Rouei's considerable speed to gut foes.

The combat data recorded by the two Rouei units attached to Tekkadan eventually culminated in the creation and tuning of the next Teiwaz mobile - the Hekija. 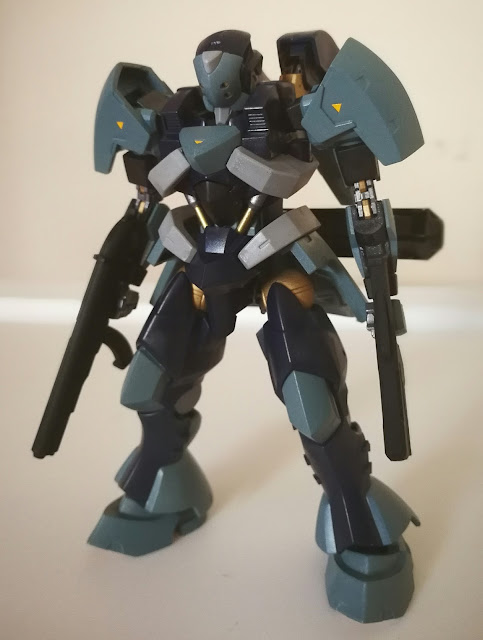 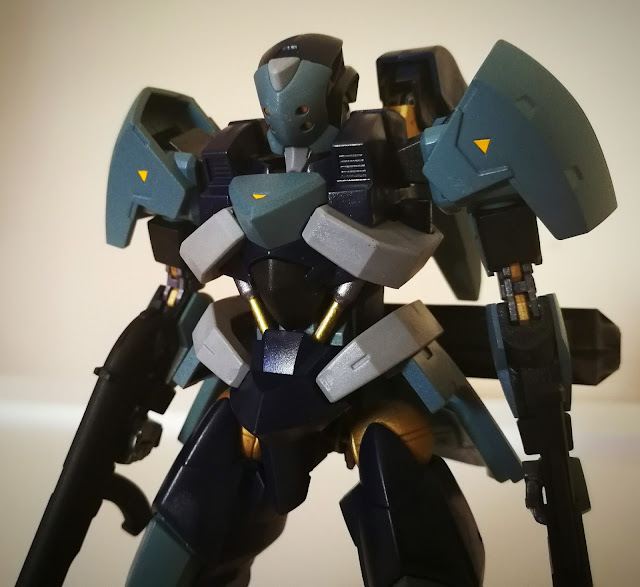 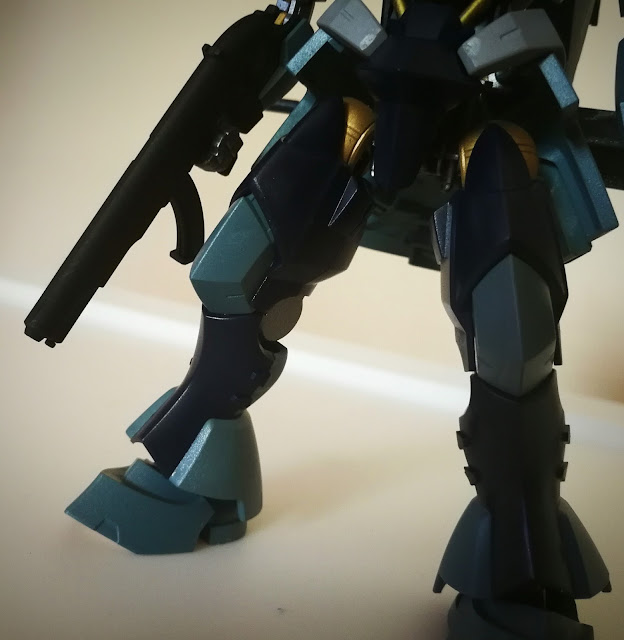 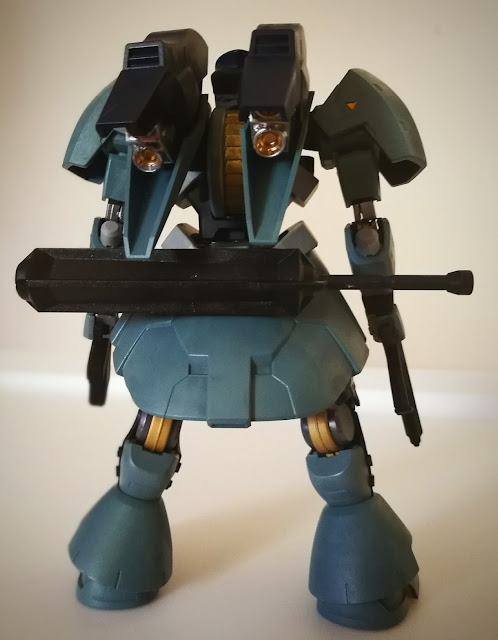 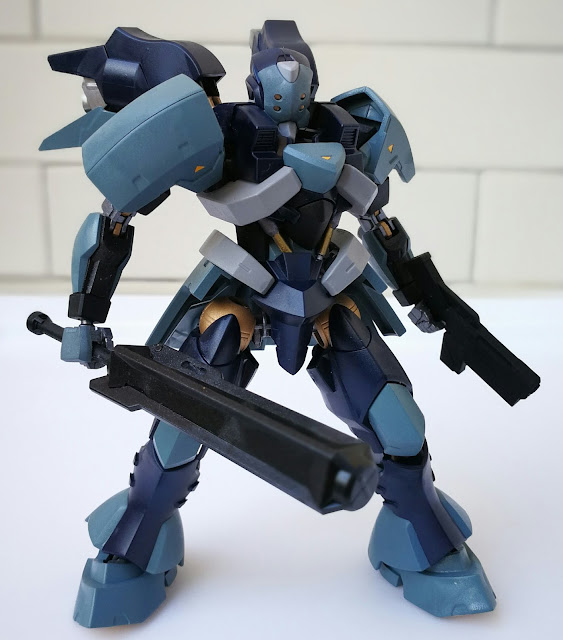 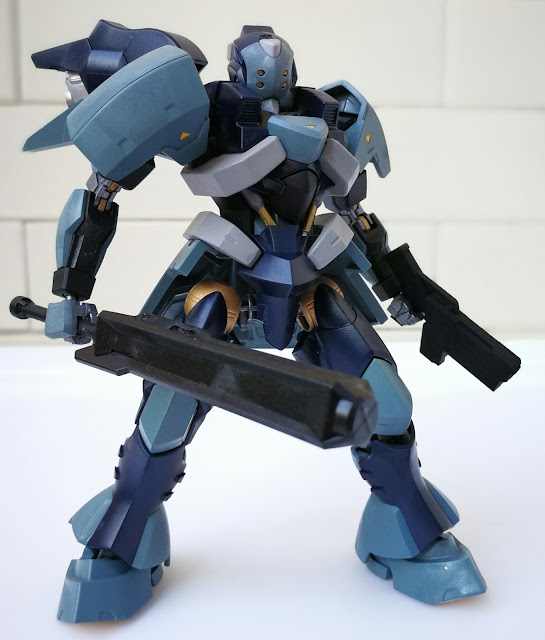 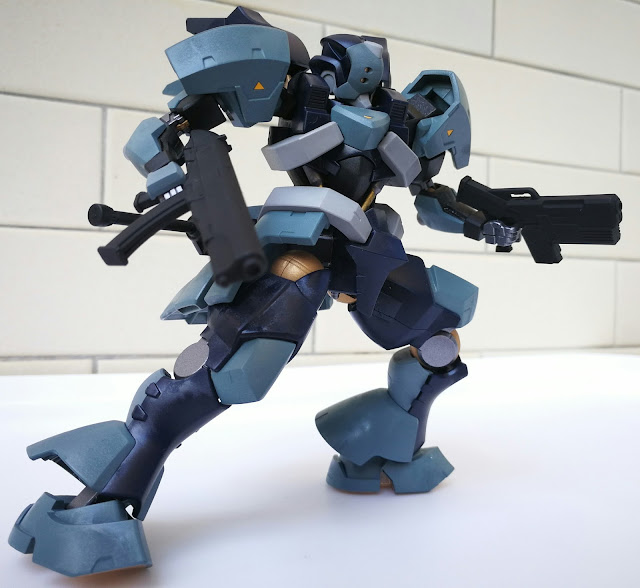 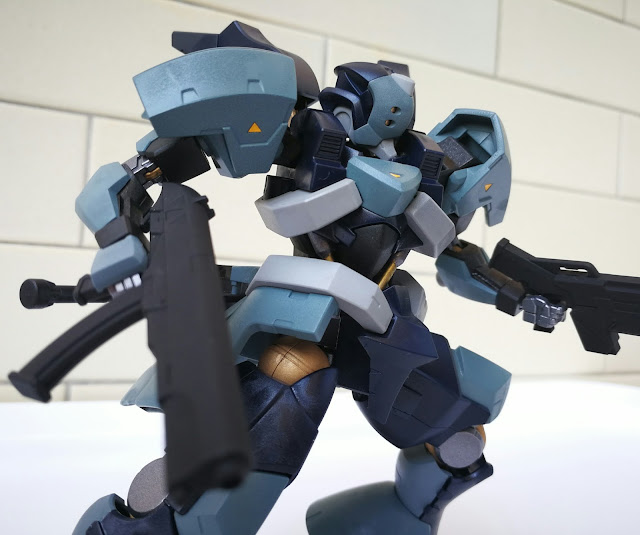 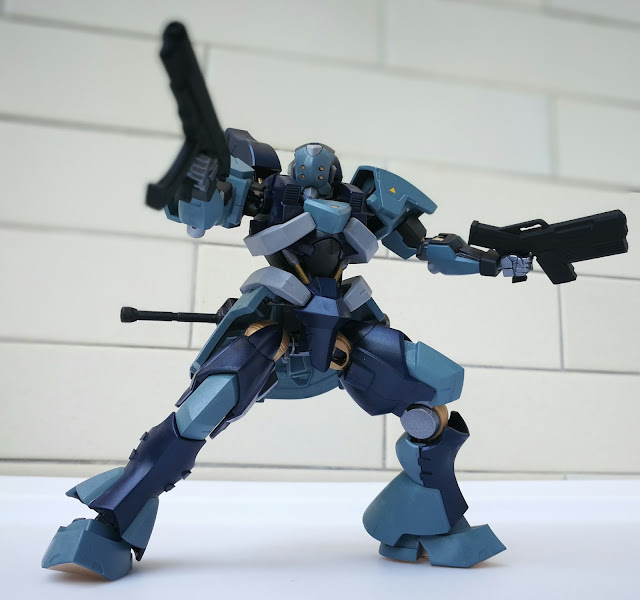 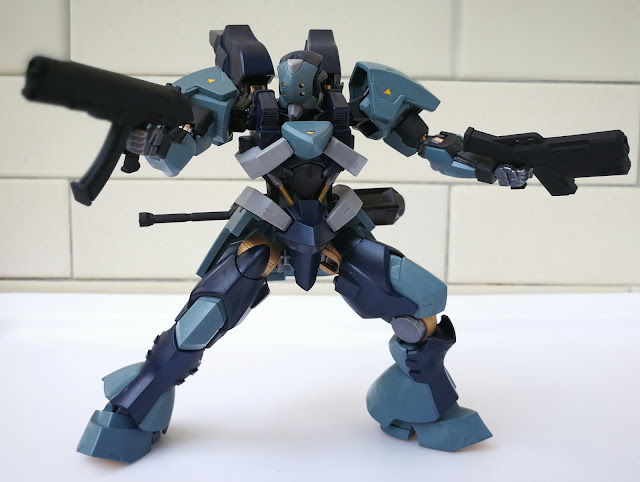 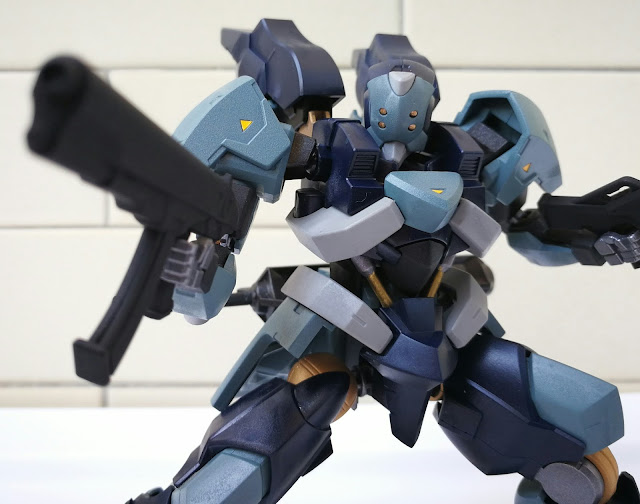 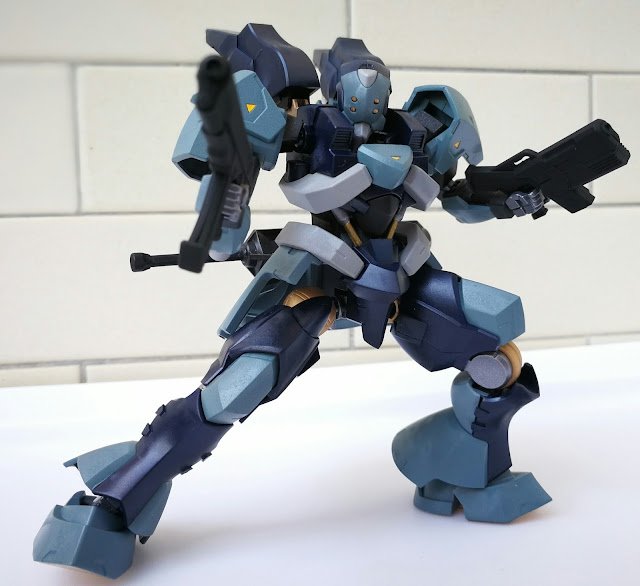 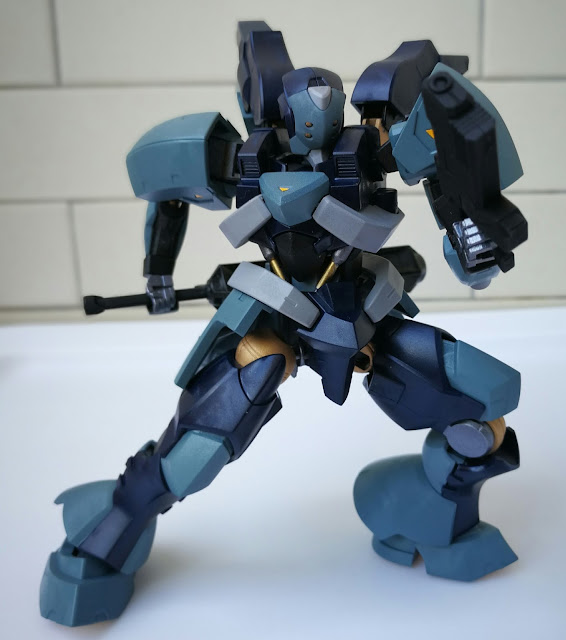 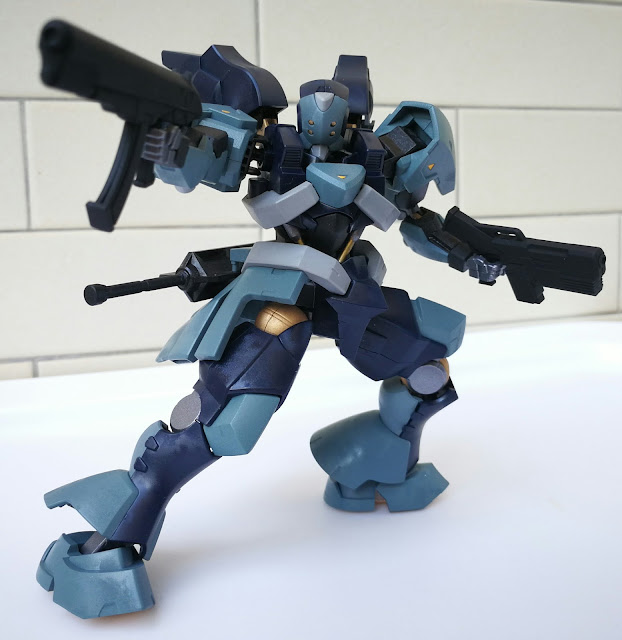 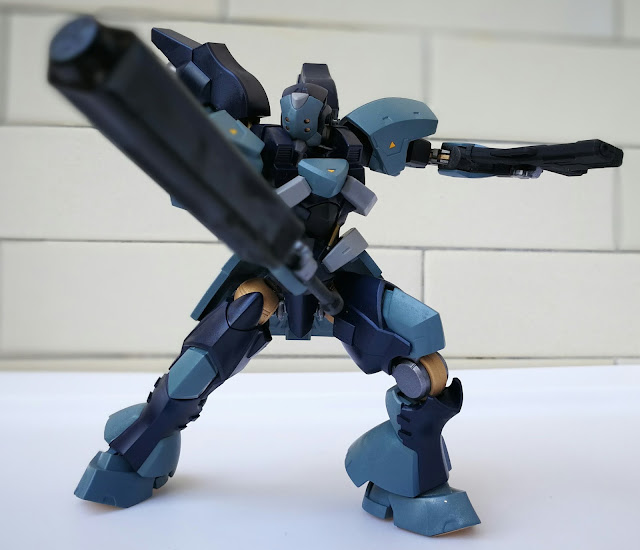 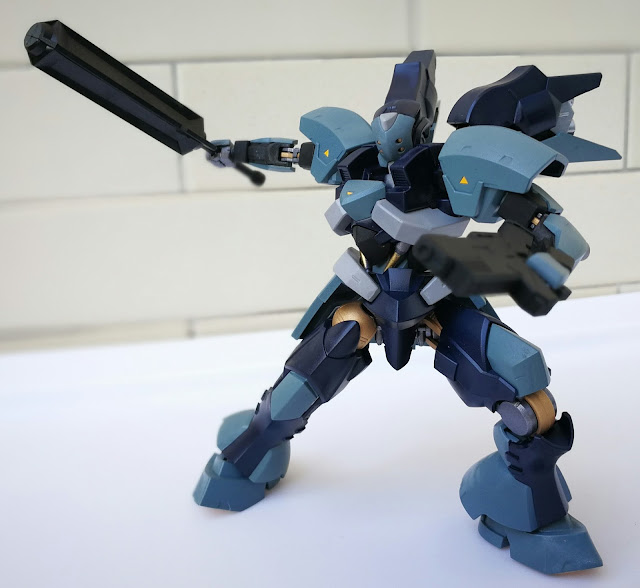 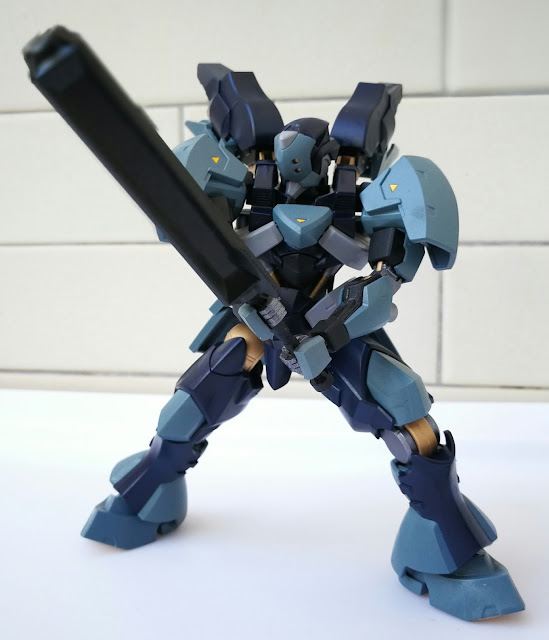 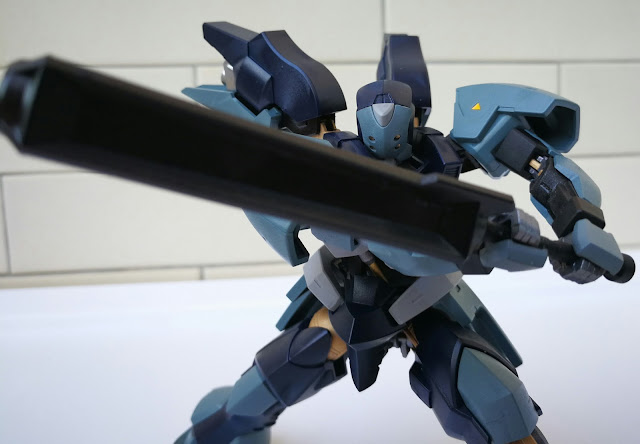 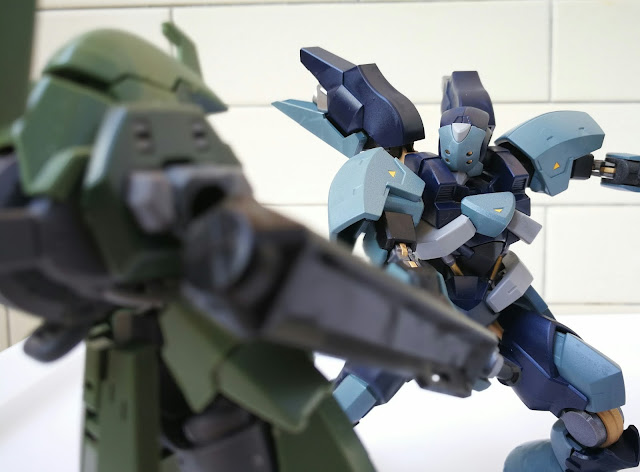 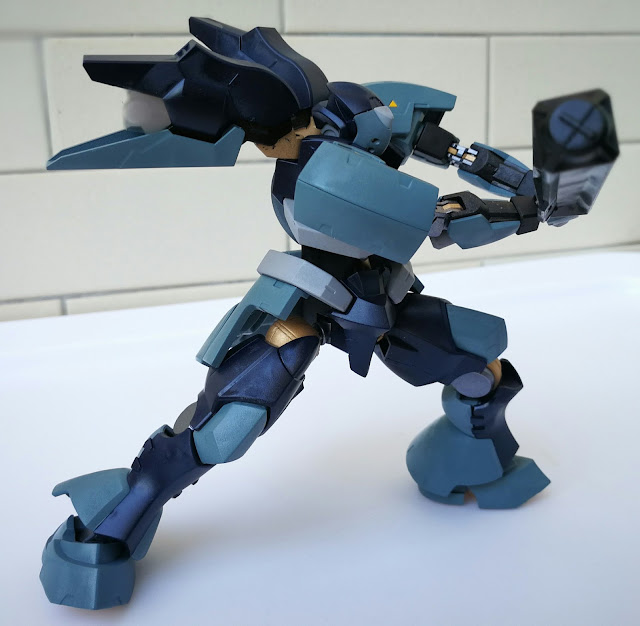 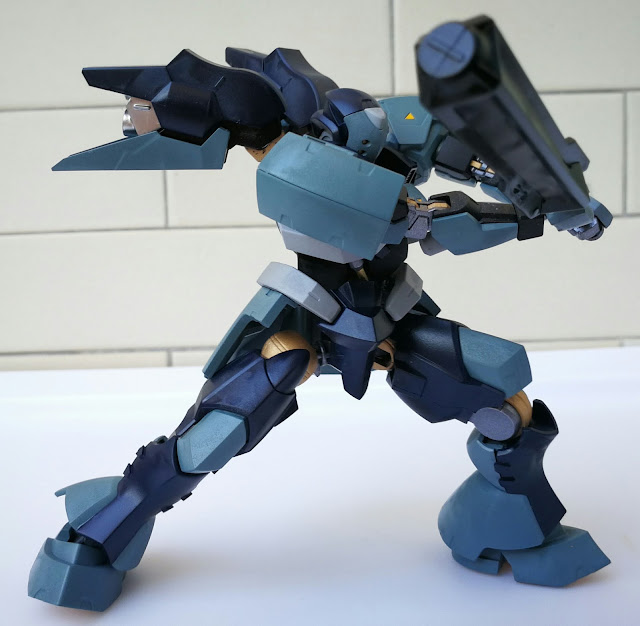 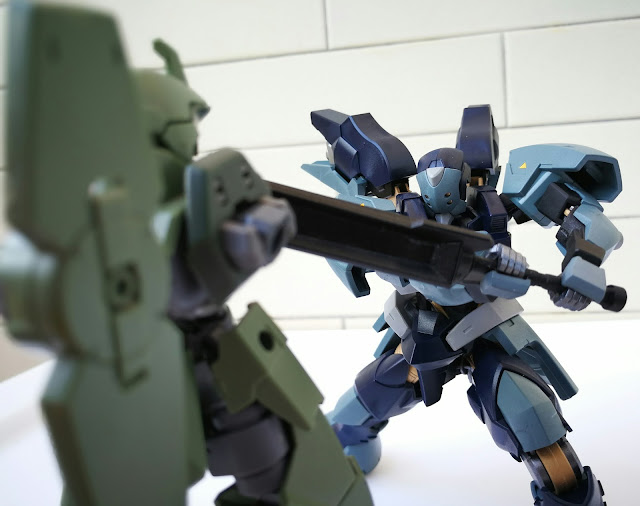 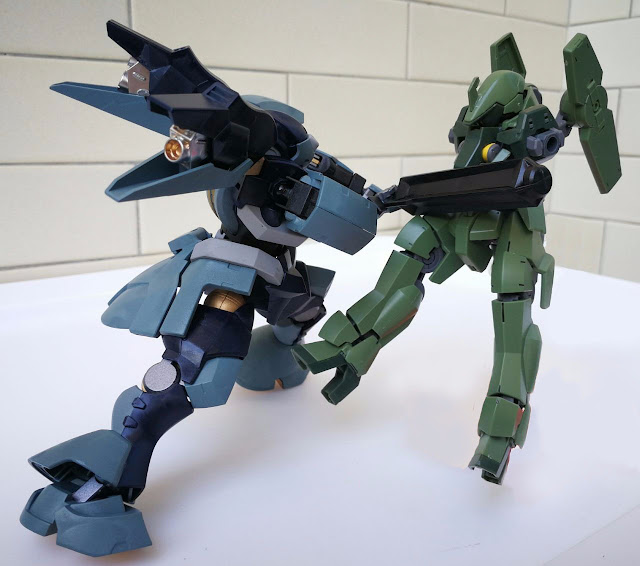 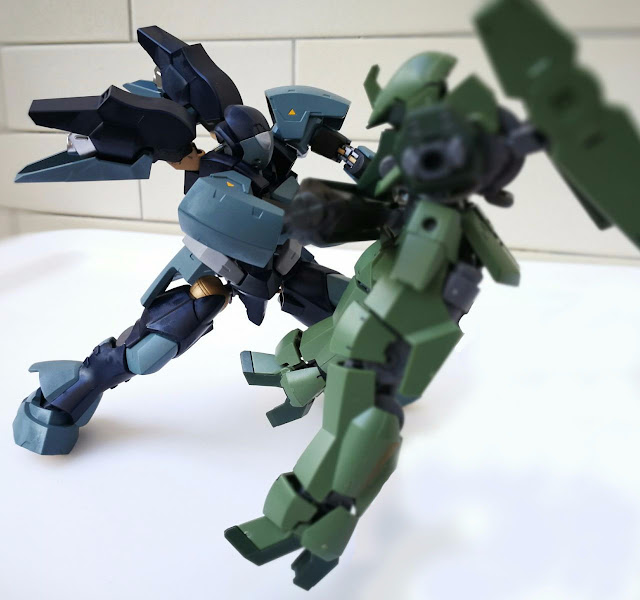 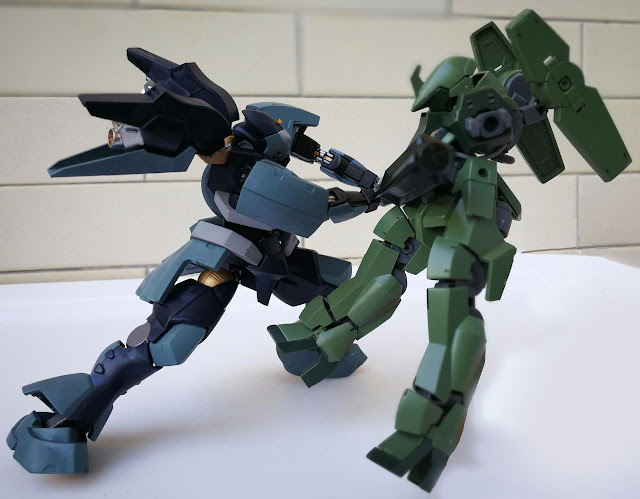 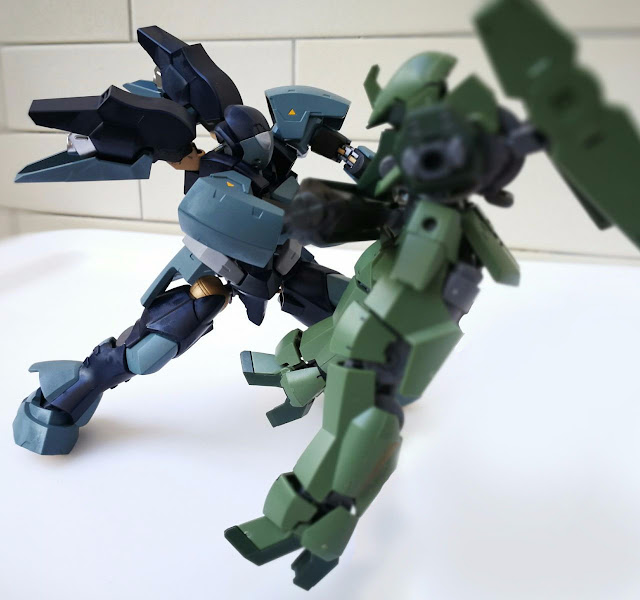 Posted by Gunplanerd at 1:14 AM