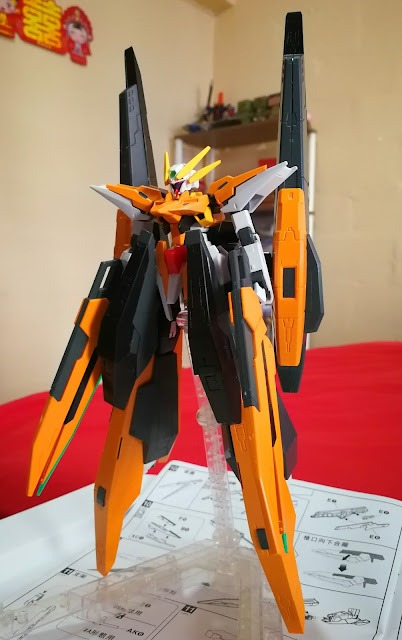 It has been ten years since the conclusion of 00 Gundam, one of the best series in the entire Gundam franchise. With well developed characters, a decent plot and a fantastic mecha design portfolio, 00 Gundam will be forever etched into the greater cultural collective.


Bandai has released a substantial number of model kits for the mecha found in the 00 Gundam series, from simple FG kits to the high end Metal Build collectibles and everywhere else in between. Although most of the model kit offerings are pretty good with well-defined details, gimmicks and articulation, the Final Battle Version renditions of the main mecha are somewhat lacking. Near the climax of the movie, we see the Harute and Zabanya destroying wave upon wave of ELS targets using incredible weaponry affixed onto their stock machines. The Bandai HG 1/144 kits of these Final Battle machines are adequate, to say the very least, but do not convey the majesty of the ultimate weapons used by the series protagonists.

Third party manufacturer Hobby Star (HS) has been releasing HG-scale kits of the Build Burning and the Try Burning, with the latter spawning clear and metallic variations. The Try Burning is also worth a mention because it is not just a simple reproduction: the HS version of the Try Burning has improved stability, additional detail and a lot more effect parts including a flame sword and the ability to fuse the parts into a gigantic phoenix. Clearly, HS is doing something right.

The HS HG 1/144 Gundam Harute comes in a huge MG-type box, with a mountain of runners molded in the Harute's main colours. The finer detailing is achieved via a large, badly printed sticker sheet, which is actually pretty decent compared to the crappy stickers in DM kits. The set also includes a large clear stand and bendy rods to dynamically display the GN Scissors Bits, as well as two third party LEDs to use in the leg boosters. A set of DL waterslide decals for the Harute is bundled as well.

Quality-wise, the plastic used in the Harute is softer than Bandai or DM plastic, which makes nub marks easier to clear. However, overuse of force can result in ugly or devastating cut marks. The parts fit very well with each other, although a pair of pliers can help with some particularly trouble bits like the backpack and GN Boosters. The kit allows you to build either the standard Harute head or the gorgeous Marute one, but there are only enough parts for one head.

A gripe I have is that the GN Boosters (aka the legs) are too heavy for the thigh pegs. Oftentimes, the boosters just fall off on their own, and getting them back on can be quite troublesome. Yes, the legs look fantastic and all but when it falls for the 87th time, you can get slightly annoyed. The elbow joints also have trouble hoisting the Harute's main weapons, which are rather large and carry a considerable heft. The head unit also has a hard time staying on the polycap, although a little modding will solve this issue.

The Harute is a fine piece to own and build, especially for the low price point. However, once you get it in a pose you want, it is best not to touch it anymore. 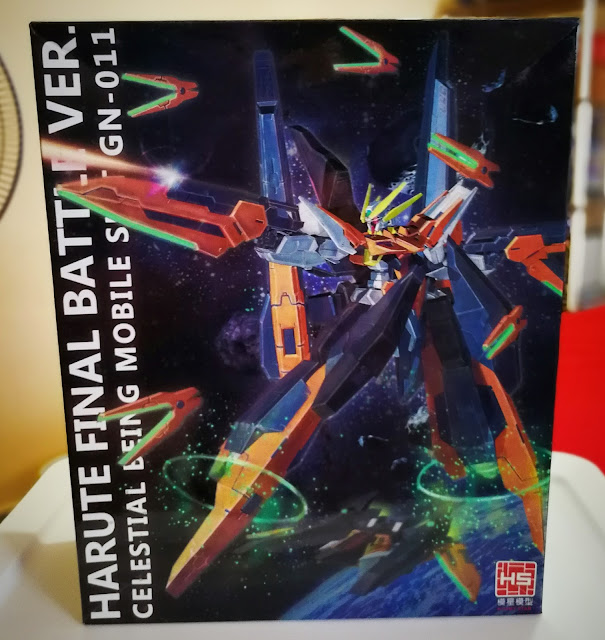 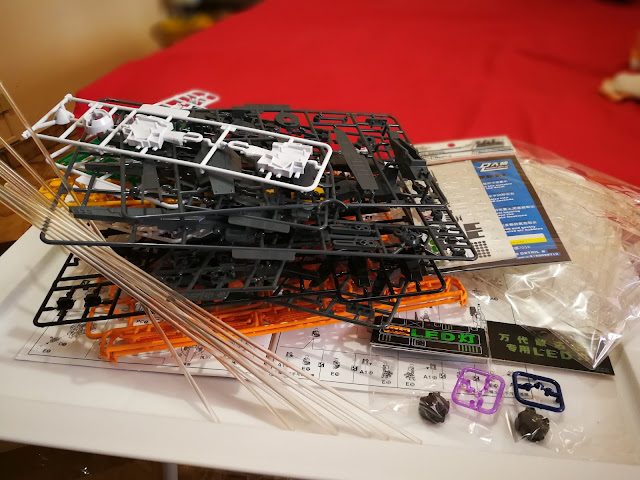 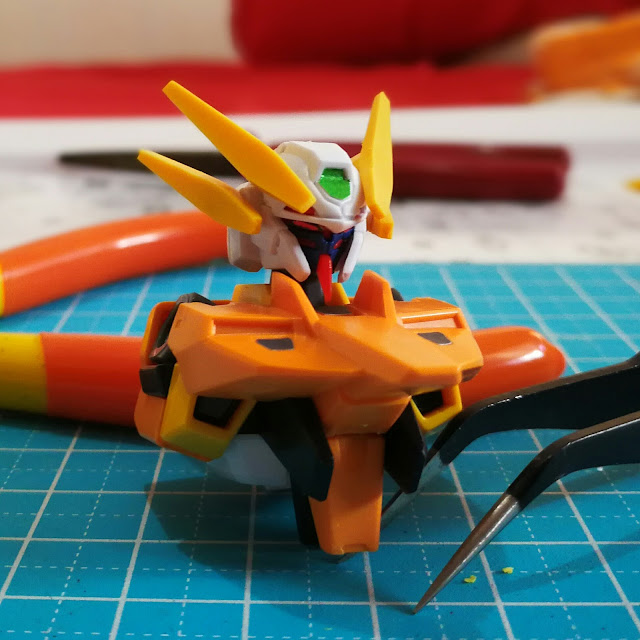 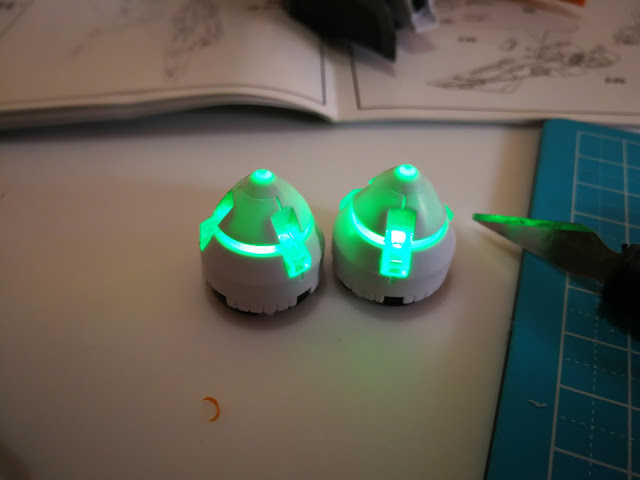 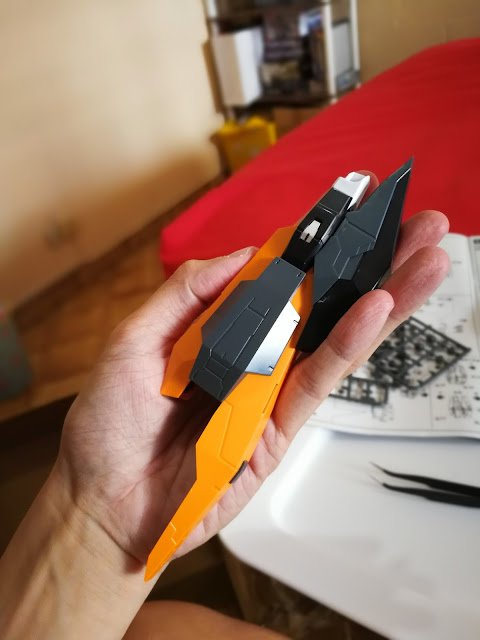 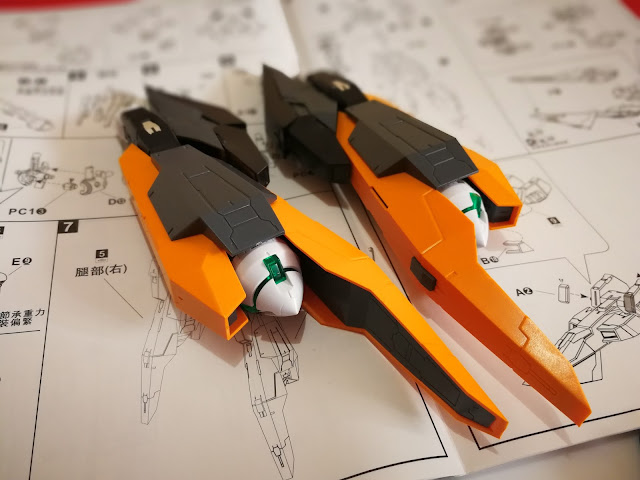 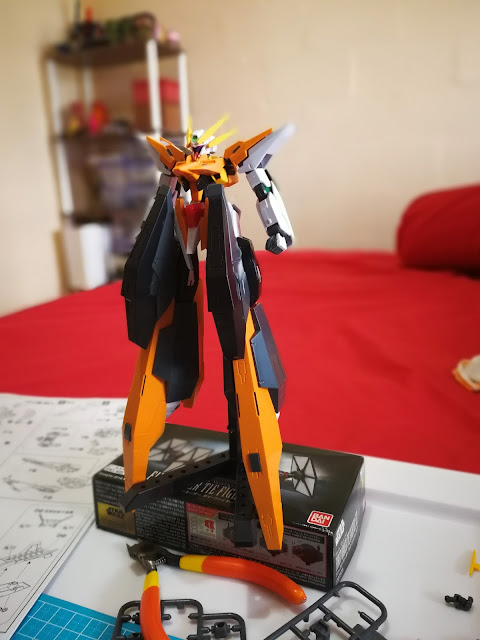 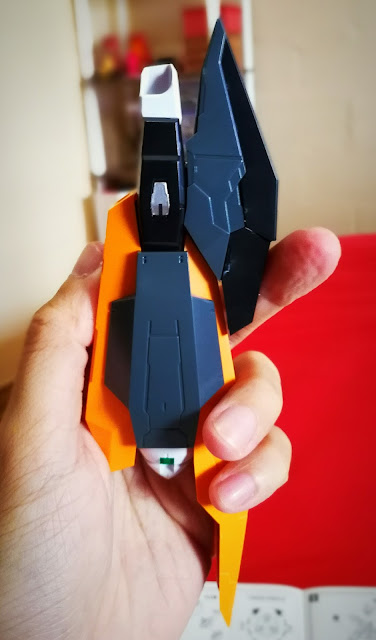 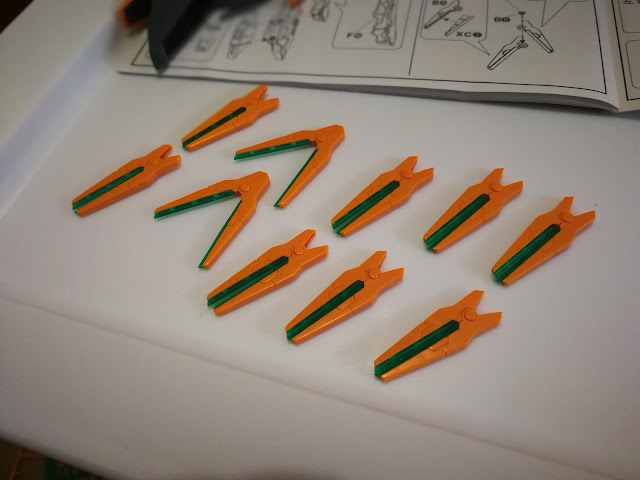 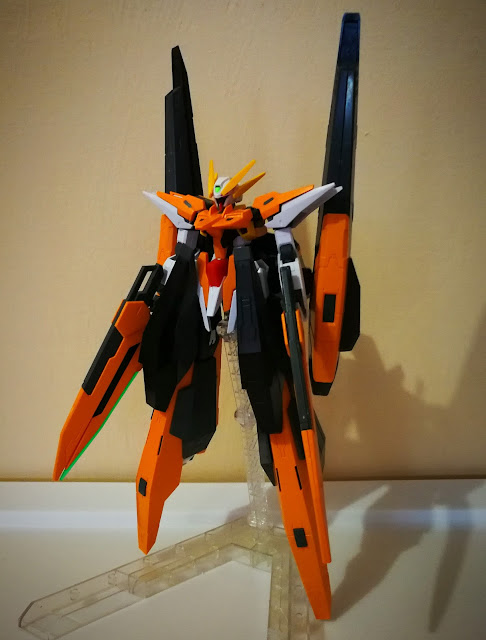 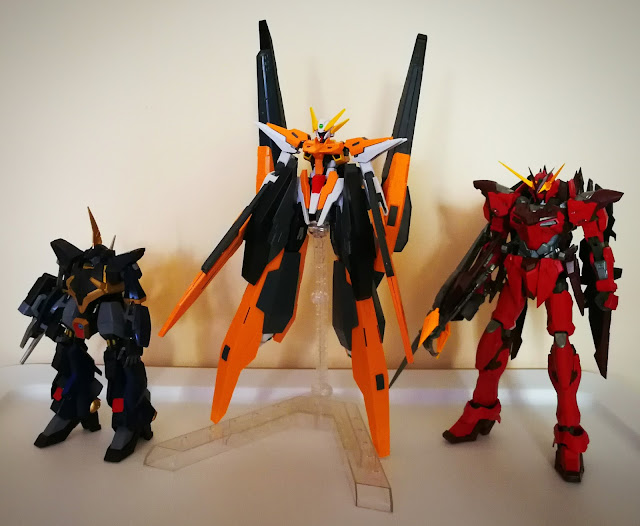 Posted by Gunplanerd at 7:48 PM