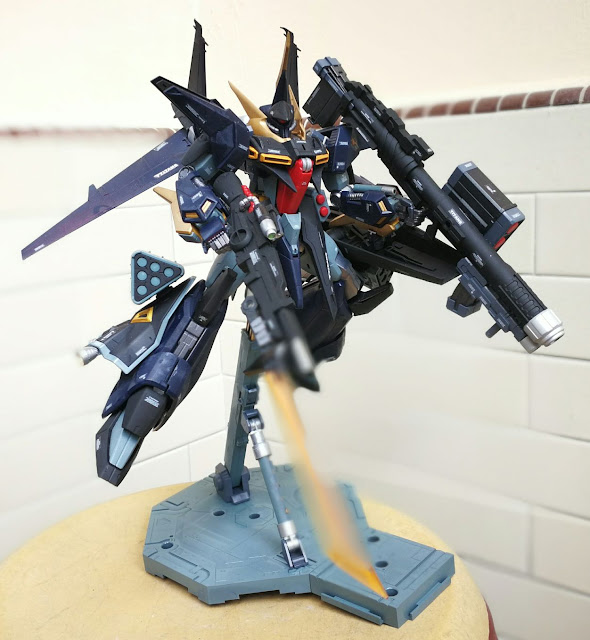 No subtle, camouflaged references to Zeonic designs here, the Titans Bawoo Geändert does not bother hiding its Zeon heritage!

As a customised build done with the Wife, the RE100 1/100 Bawoo Geändert also bears the distinction of being the first ever customised (and built for that matter) RE100 model kit. Wedged somewhere in between a MG and a HG, RE100 kits are unique in the sense that they don't take very long to build yet still possess a startling number of parts to cut, clean, prep and then paint. I very nearly ran out of painting sticks when doing up this custom, which is more than what I can say for the space available to allow the parts to dry (I ran out of that).

Envisioned as a heavy assault transformable mobile suit operated as a quick strike option by the Titans, the Bawoo Geändert is essentially a Neo Zeon Bawoo reconfigured for the Titans' use and put into semi mass production. Cosmetically similar to its predecessor, the Bawoo Geändert sports the Titans' distinctive and oppressive colour scheme. It also has a pair of additional missile launcher-equipped thruster banks attached to its legs for additional mobility, which can be jettisoned when the propellant and/or ammunition are spent (replicated in the model kit via rare earth magnets). The Bawoo Geändert also improves on the Bawoo's beam rifle by enhancing the targeting system and adding a large heat sword under the barrel as a bayonet, which can be removed and hand-wielded if need be.

The Bawoo Geändert soars into battle, wreaking havoc on the Titans' enemies! 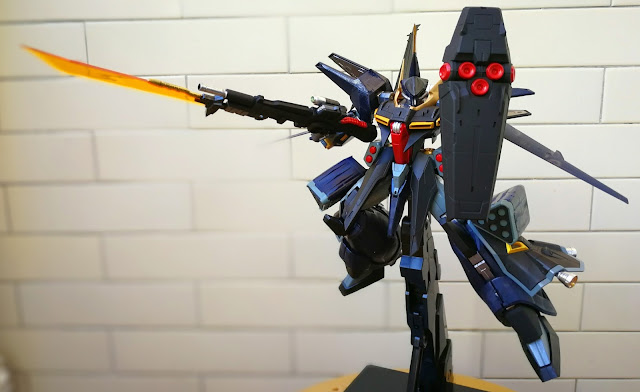 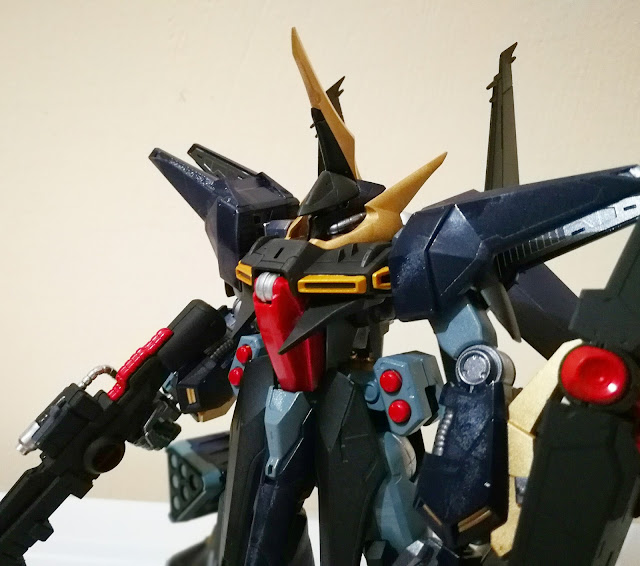 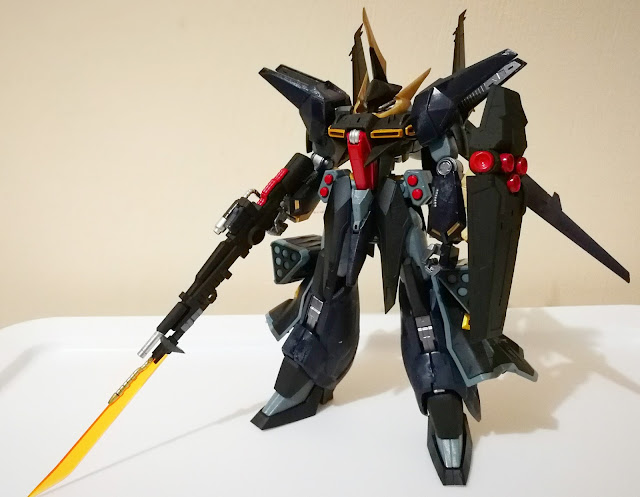 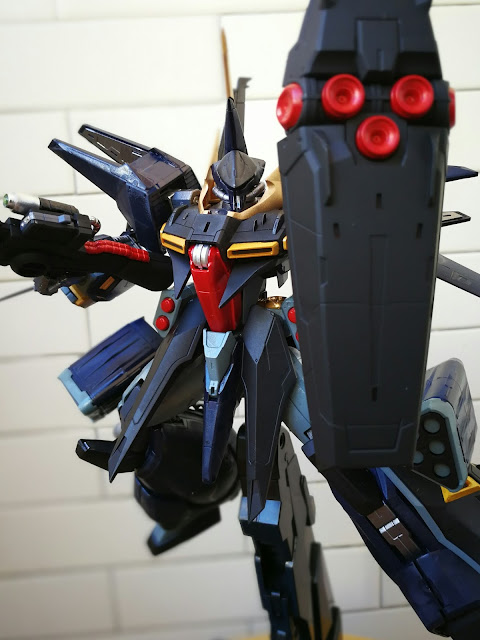 Email ThisBlogThis!Share to TwitterShare to FacebookShare to Pinterest
Labels: Customs, RE100