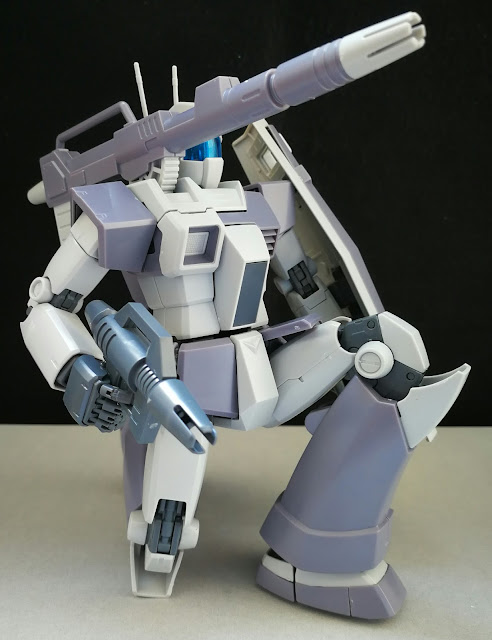 
This P-Bandai kit (of a P-Bandai kit) comes with a buttload of extra parts, including a second cannon complete with two magazines. While the cannon is nicely molded with a good size, it can't really move much apart from up and down. The standard issue beam spray gun is bundled with the GM Cannon, along with the 360mm hyper bazooka.

More for self protection than offensive use, the beam spray gun allows the GM Cannon to defend itself against close-in adversaries while the hyper bazooka is used to knock out slow-moving, heavily armoured targets like land battleships and bunkers that shrug off rounds from the GM Cannon's cannon. 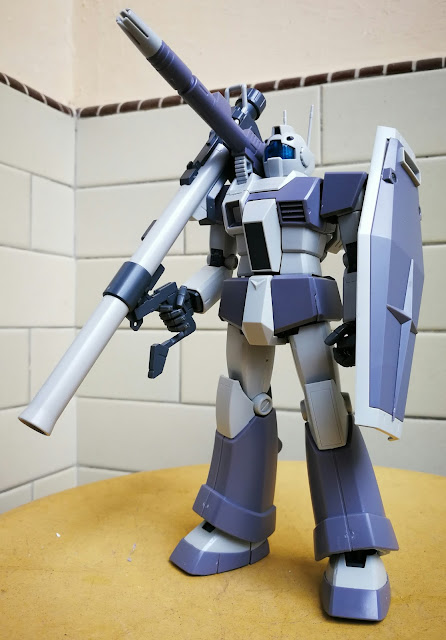 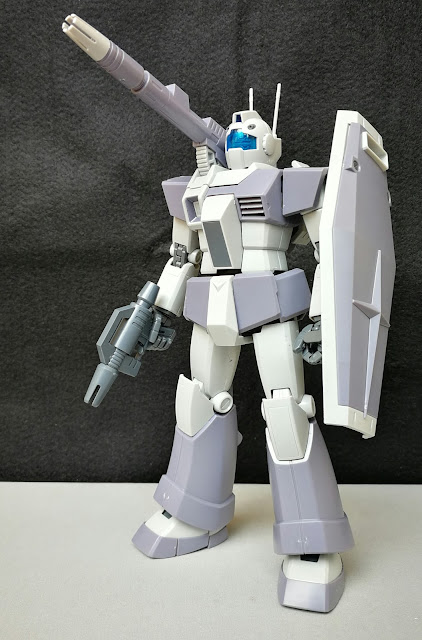 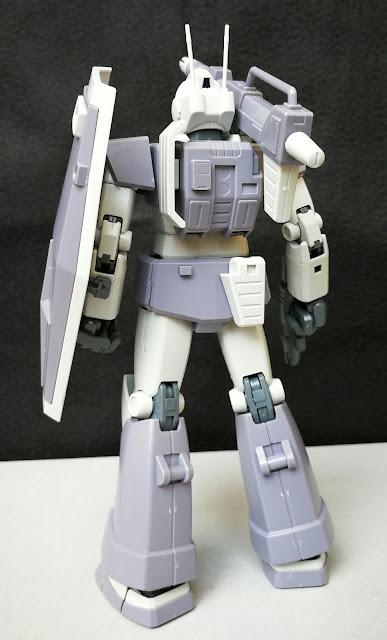 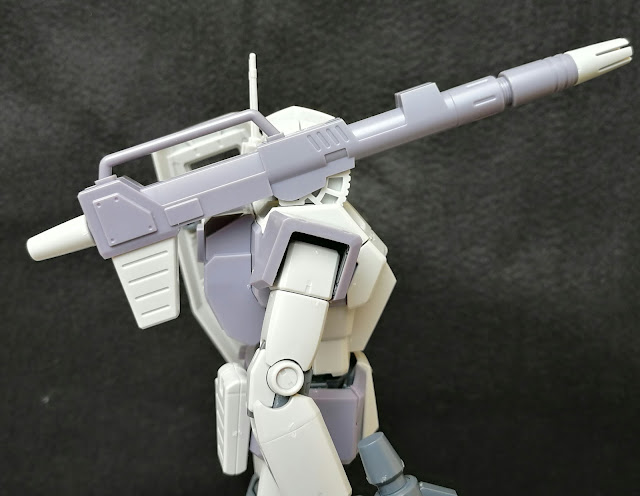 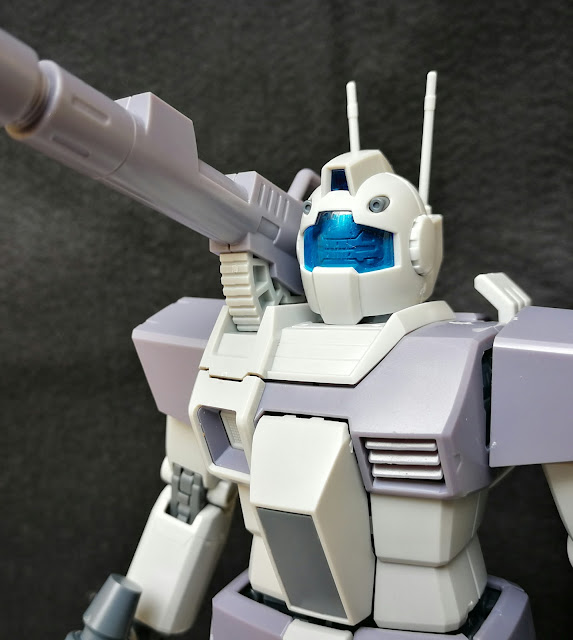 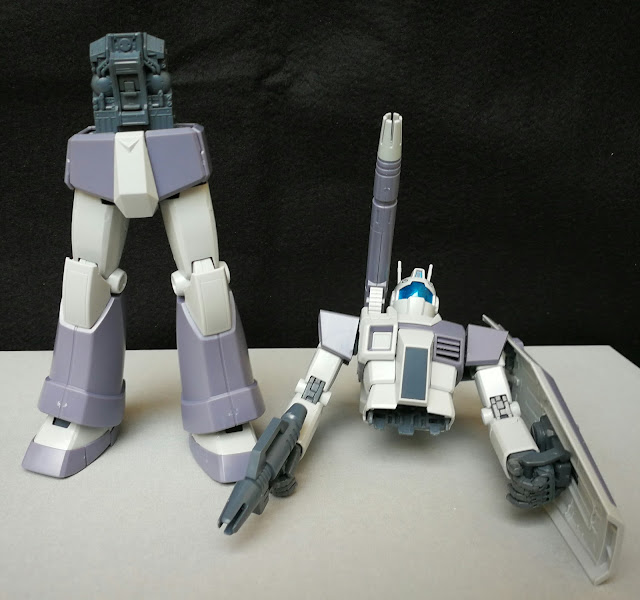 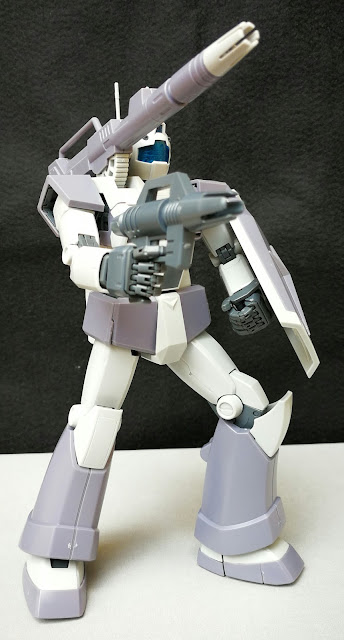 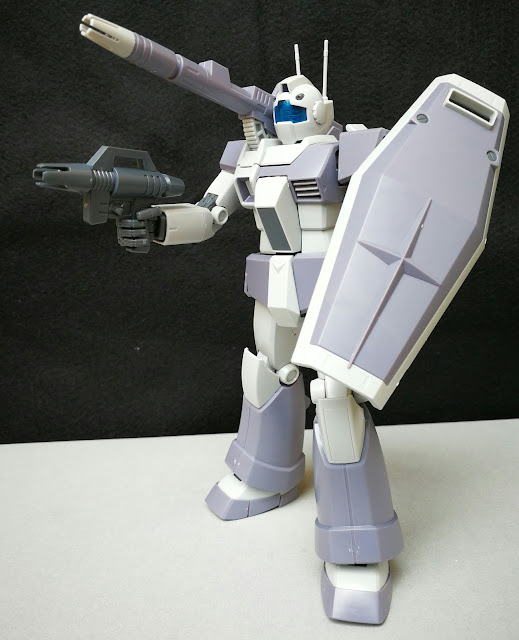 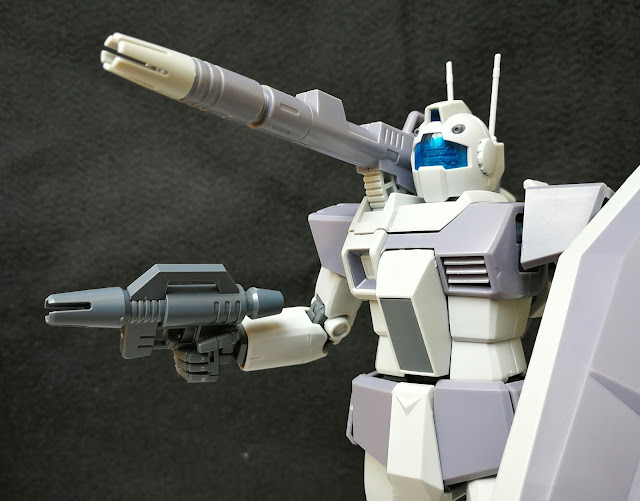 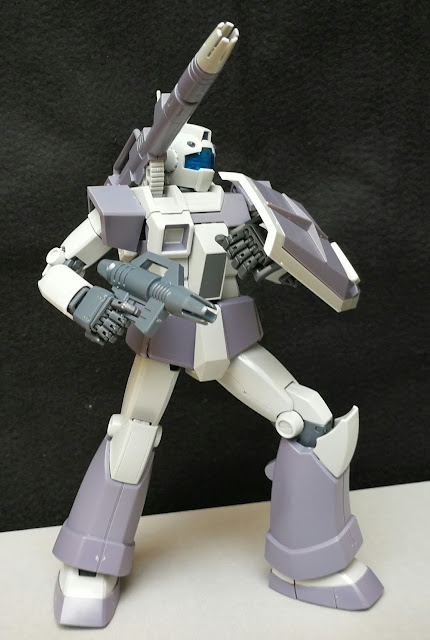 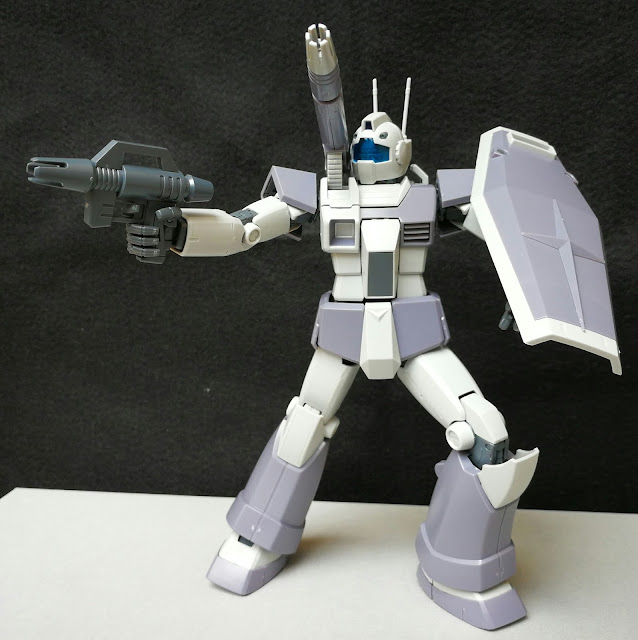 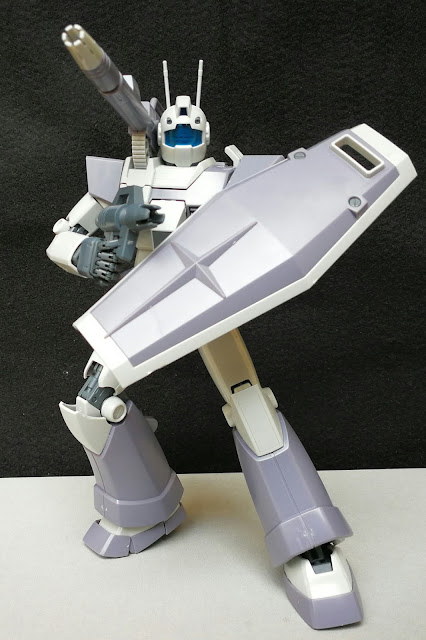 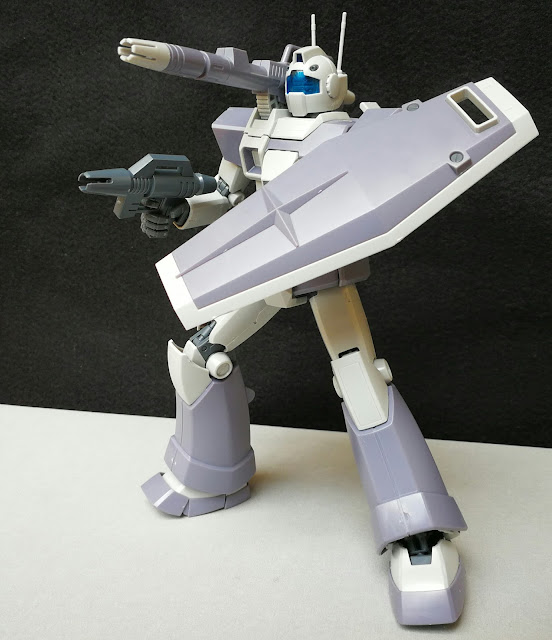 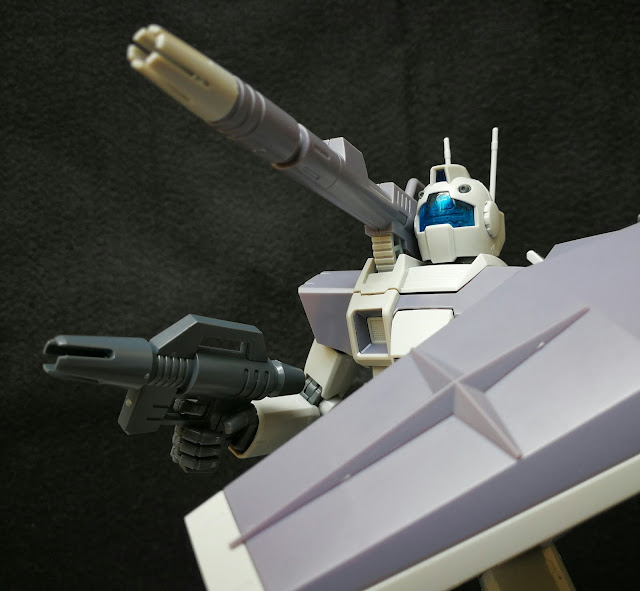 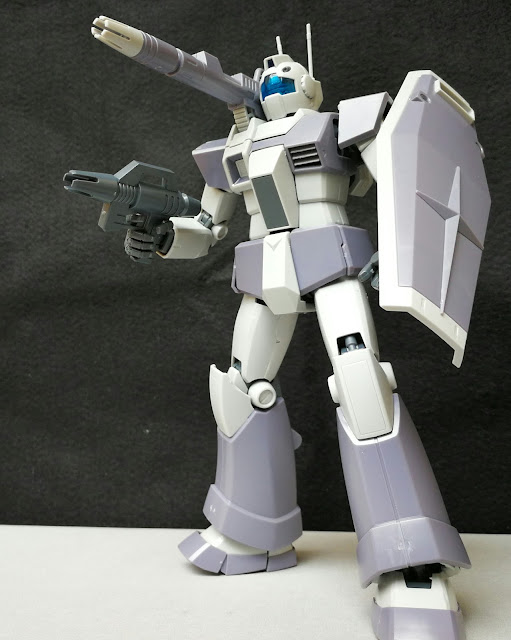 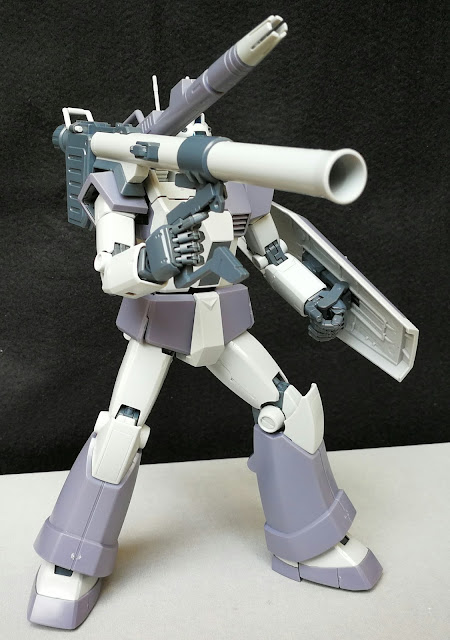 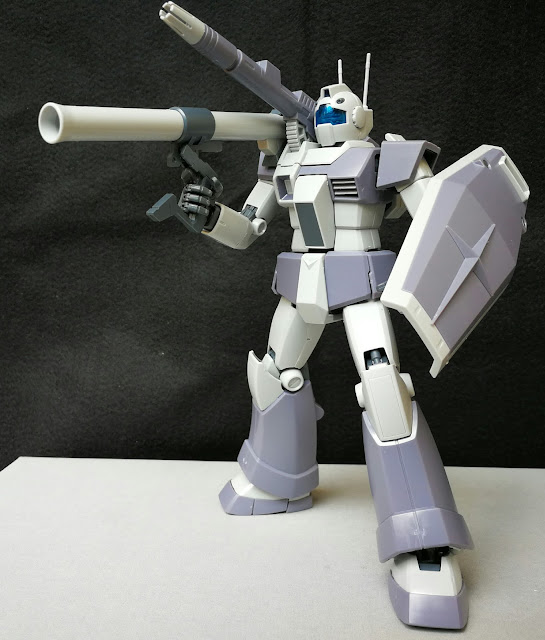 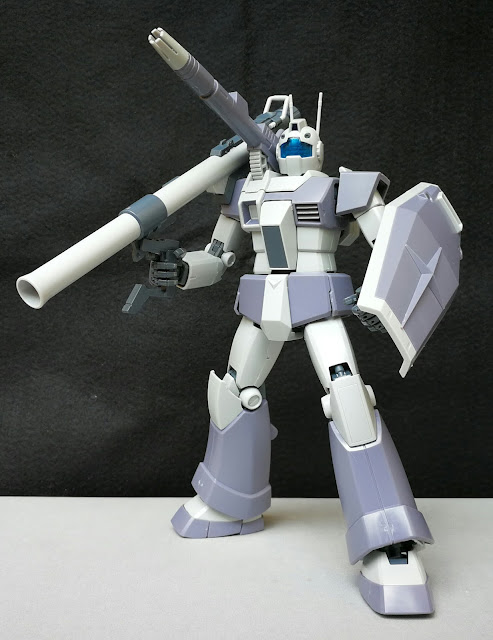 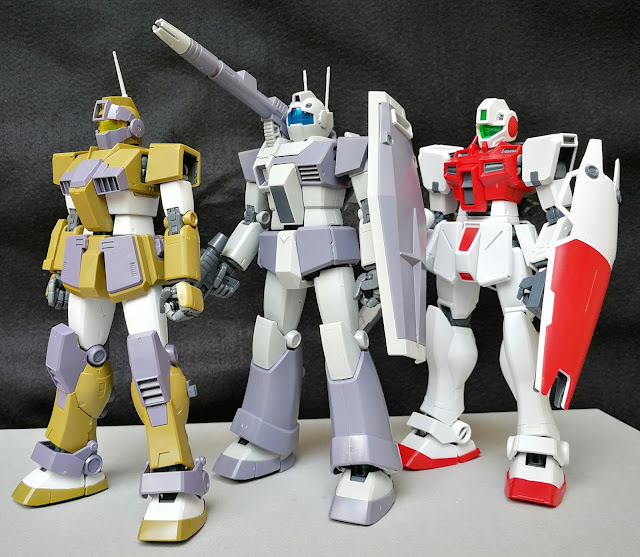