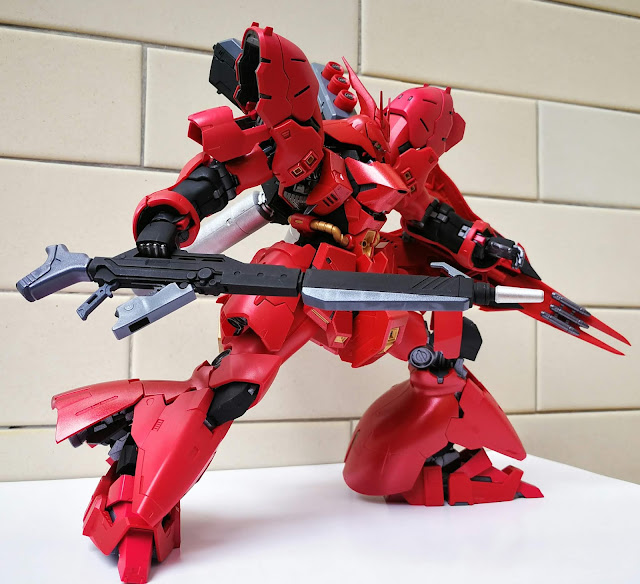 As with most magazine supplements, the Long Rifle is molded on a single black runner and comes with two extra hands: a dedicated trigger hand for the HGUC 1/144 Moon Gundam and a grabby hand for the RG 1/144 Sazabi to recreate its iconic pose on the Char's Counterattack VCD (yes, VCD). The instructions to build the weapon are within the pages of the magazine, but I've scanned out the relevant pages for reference. 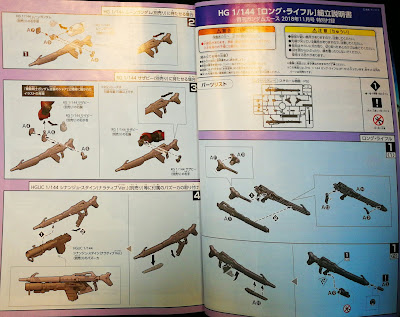 Construction is simple and smooth, with enough part separation to aid in painting. Once put together, you'll realise that the weapon is indeed LONG, exceeding the height of standard HG 1/144 scale Gunpla even if it looks small in the hands of the Sazabi or the Moon Gundam. The collapsible shoulder stock might interfere with posing owing to its size but a flexible trigger group will make your life that bit easier.

Thanks to its uncomplicated build design, the Long Rifle is light enough to be hoisted one-handed and standard HG shoulder joints should be more than adequate to hold that pose. However, the true and best way to wield the Long Rifle is with both hands, and that takes a little trial and error (and some frustration) to get done.

In universe, the Long Rifle fills the Sazabi's tactical gap for long range attacks. The Rifle's beam can easily knock out or outright destroy most conventional mobile suits with one or two shots, even with anti-beam coating applied to the armour of the hapless unit. The weapon can also be directly plugged into a capital ship's generator, granting even more power with the loss of mobility.

Of all the magazine supplements released, the HG 1/144 Long Rifle is a must-get! 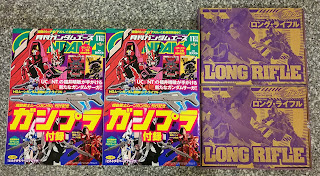 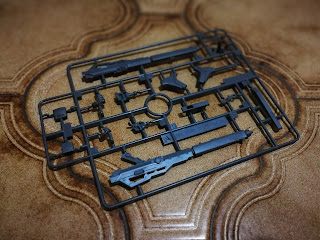 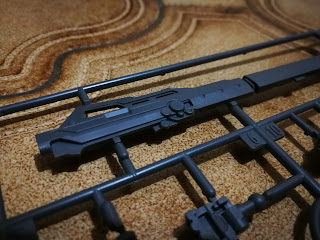 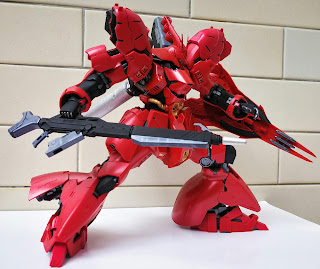 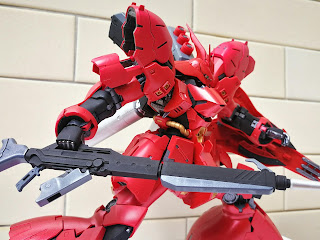 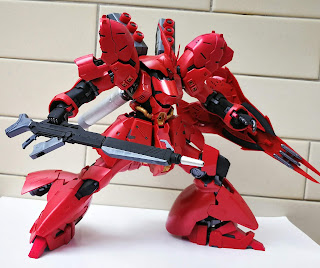 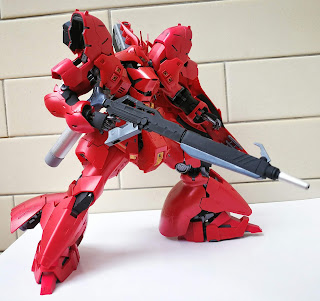 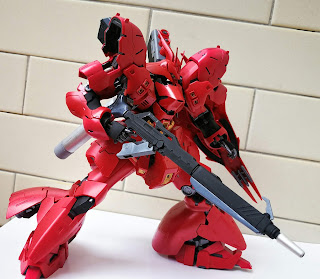 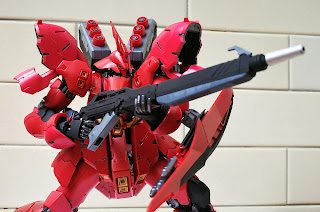 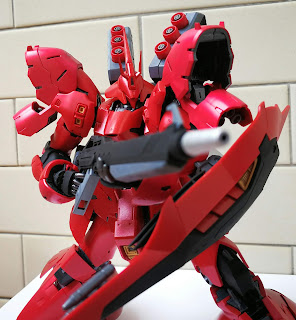 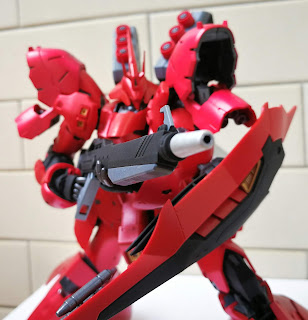 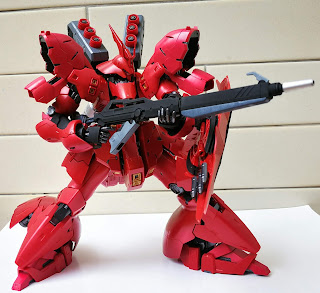 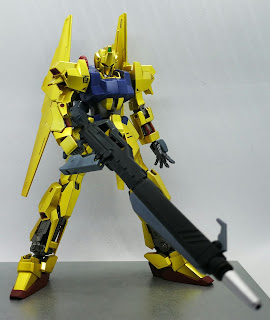 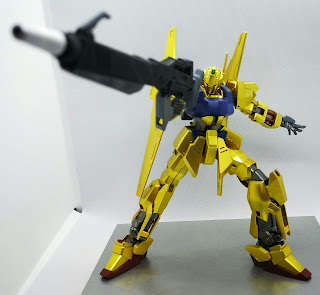 Posted by Gunplanerd at 5:14 PM