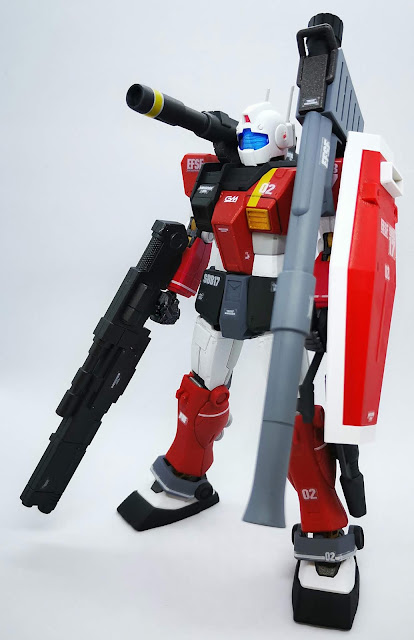 One of the best-looking GM variants ever!
I really love building the HGTO GMs, so much so that I've done builds of all four of them (this one inclusive):


Armed with a formidable array of weaponry including a heavy laser cannon, a 360mm rocket cannon, a 380mm hyper bazooka, the GM's standard beam spray gun as well as 90mm head-mounted vulcan cannons, the GM Cannon Corps blazed a path for the White Devil to directly engage enemy Newtype weapons. This variant of the GM Cannon outfitted for space assault was intended to break into the fortified Zeon fortress of A Baoa Qu during Operation Star One and was thus equipped with a veritable arsenal of heavy weaponry.

The Operation Star One GM Cannon was equipped with a Type-80 Heavy Laser Cannon intended for use against the armoured blast doors of the Zeonic fortress. Impervious against conventional ordnance, these blast doors quickly fell under the intense heat generated by the laser cannons. The only drawback was the the cannon was drained of battery fairly quickly, necessitating the pilots of the GM Cannons to use the standard beam spray guns once the laser cannons were spent.

Against capital ships, the GM Cannon used the extremely effective 380mm hyper bazooka, its armour-piercing rounds capable to tearing through the hulls of Musai-class light cruisers with well-placed hits. The small magazine size of five rounds limited the weapon's full potential, along with the inexperience of novice pilots with the weapon.

A small number of GM Cannons were able to train all of their weapons - head vulcans included - onto a single target to overcome the enemy with extreme prejudice. The amount of recoil generated by the simultaneous discharge of all its weapons necessitated the manual controlled firing of the mobile suit's thrusters and verniers to keep the GM Cannon stable.

In the closing hours of the One Year War, the GM Cannon worked with the rest of the Federation's mobile suit forces to break through the Zeonic defenses and force an end to the devastating conflict. 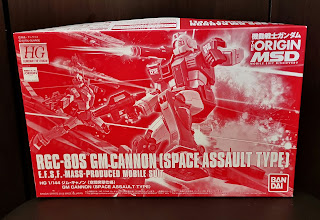 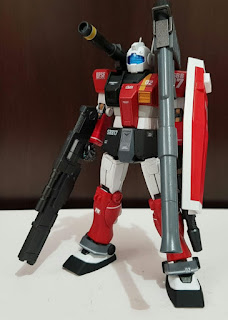 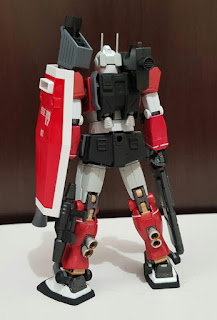 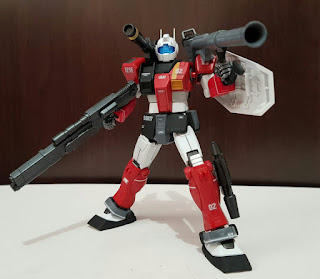 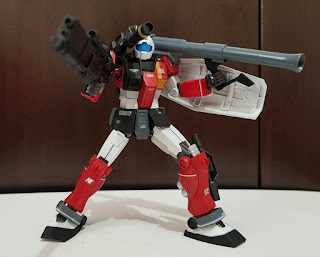 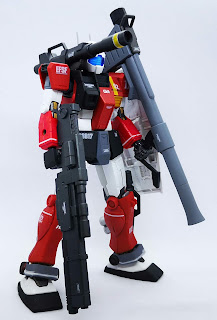 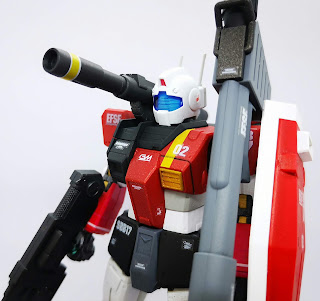 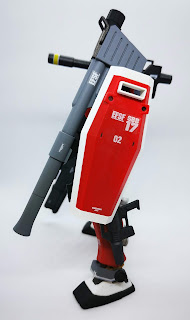 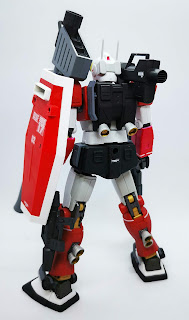 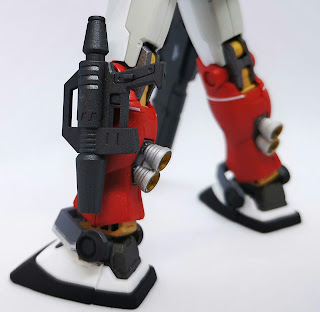 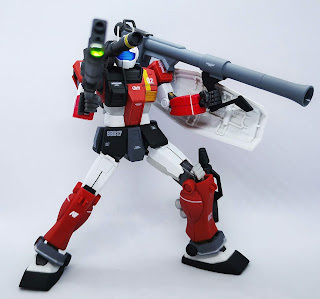 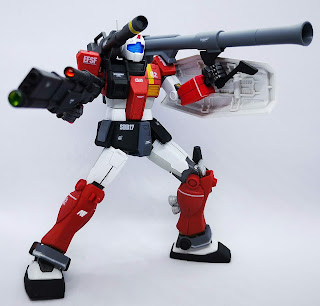 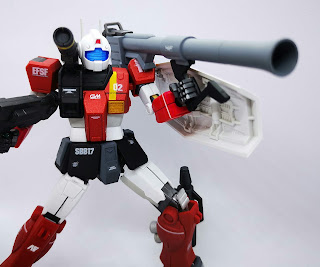 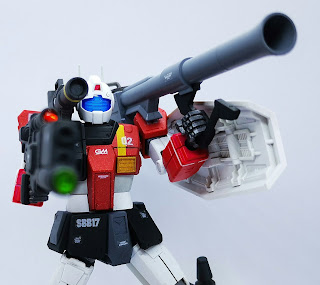 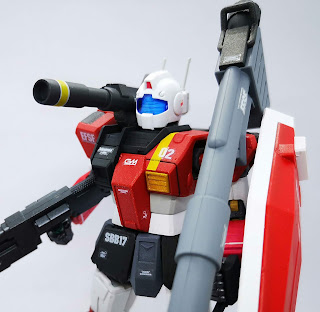 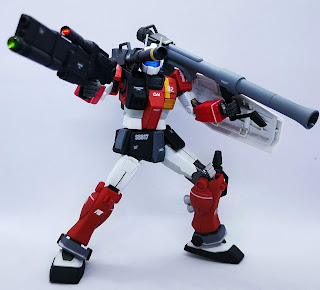 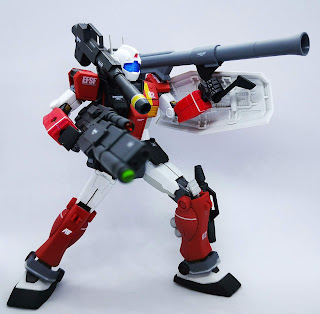 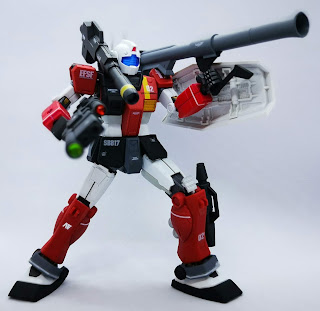 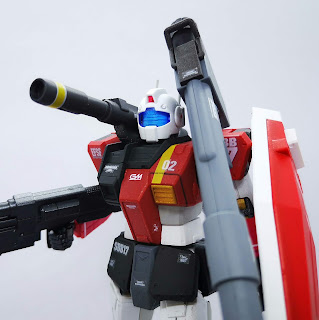 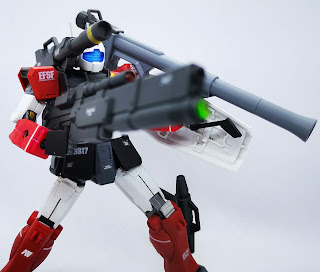 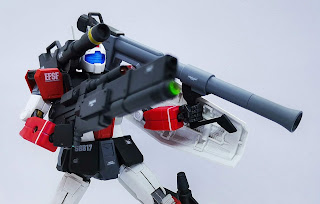 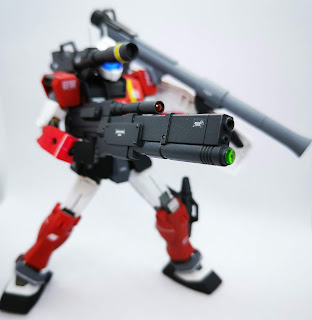 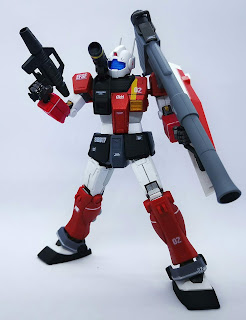 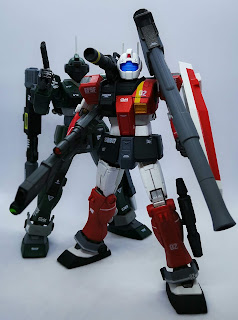 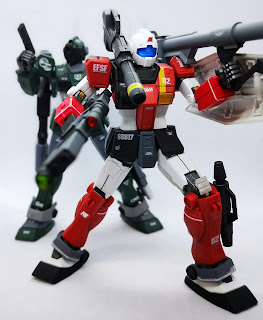 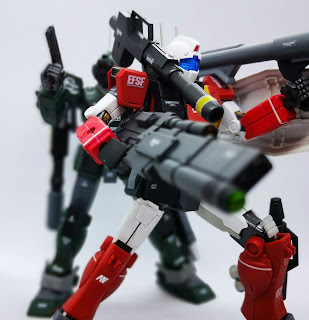 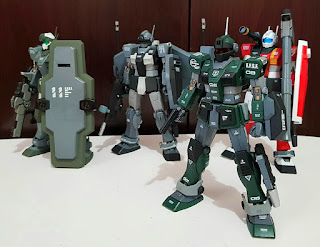 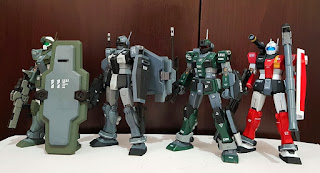 Posted by Gunplanerd at 1:10 AM