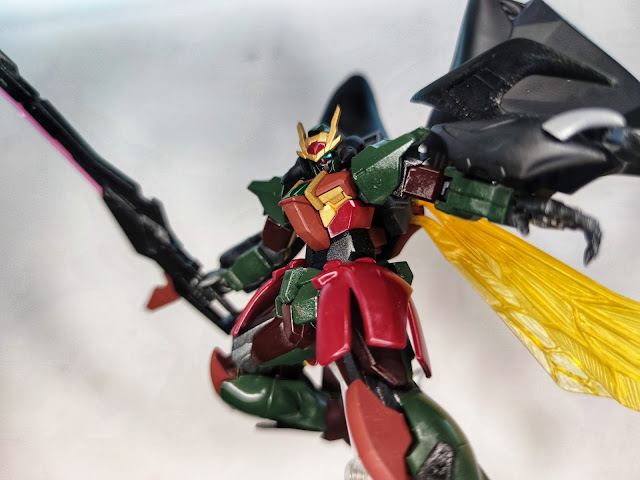 Somewhere out there, another version of who you are exists.Build Notes
The idea for this particular build stemmed from a random brainwave as well as an urgent necessity, seeing that a build had to be completed in time for the submission deadline to Hobby Art Gallery's Tetsujin X Saiba online contest which challenged builders to produce customised builds from four pre-determined Gunpla choices. At the point of collection, only the HGBD 1/144 Gundam 00 Sky was left, which meant I had to get a little... creative.
Having built the kit before, the Gundam 00 Sky had a vaguely techo-organic feel, with angular parts somehow mashing well together with thick, curvy legs. Some aspects of the design also evoked insectoid vibes, particularly the waist section which can pass off as a thorax. It was also during this time that the HG 1/72 Aura Battler series was being reissued after nearly two decades, with the release of a brand new HG model kit that is the Sirbine, a gorgeous looker that married mecha detail with insectoid themes. The idea of this particular build was thus born.
In the Kamen Rider franchise, there exists a subset of Kamen Riders with the prefix "Another" to their actual names. While the more recent series (Zi-O) introduced a slew of Another Riders created with Anotherwatches, the inspiration for the Gundam 00 Another Sky actually stemmed from Another Agito which made its first appearance in 2001, which to me is the true "corrupted" Kamen Rider.

Fictional Lore
Essentially an evil, monstrous version of the Gundam 00 Sky, the Gundam 00 Another Sky was spontaneously born during a freak accident which led to one of the GBN's server farms being struck by lightning during a particularly harsh monsoon. The server rack which held Gunpla design data suffered the brunt of the nature-based attack, and a combination of data transfer breakdowns and inactive fail-safes eventually led to the creation of a new EL-Diver.
The Gundam 00 Another Sky differed from its EL-Diver predecessors in that it was born with a Gunpla body and not a Diver one: it was made for combat right from the get-go. Eschewing most of the weapons found on the original Gundam 00 Sky, the Another Sky drew inspiration from Earth's insects, incorporating those design themes into its own body, resulting in a design that was many degrees removed from Riku's custom.
The Another Sky was - in no less terms - a virus born out of hate and resentment. Materialising piecemeal in the GBN world across the span of a week, the Another Sky achieved corporeal form on the outskirts of a small NPD town, and proceeded to wreak havoc. Numerous unarmed NPDs were deleted and purged during this attack, which attracted the attention of several Diver Forces who were training in the area.
Despite their best efforts, the Another Sky easily took down the low-level Forces, using Riku's stored combat data to execute flashy but brutally effective attacks primarily with the anti-ship sword. Its newer embellishments served to keep its enemies at bay, since the pointy bits gouged armour and penetrated shields. The virus EL-Diver made full use of its huge backpack and crystalline wings to close the distance with its targets, delivering devastatingly fatal strikes with its arsenal of close-range weapons.
This emphasis on melee combat was the only drawback in the Another Sky's design that could be meaningfully exploited. Diver Forces focused their Gunpla with long-range bombardment capabilities onto the Another Sky from afar, peppering the EL-Diver with shells, beams, missiles and everything in between. While the Another Sky took some damage from this barrage, it managed to evade the brunt of the onslaught with its speed and agility, slowly working towards the offending Divers and removing them from the servers.
It was only with a concerted effort that involved Riku and the Gundam 00 Sky Moebius that the Another Sky was finally driven into hiding.
For how long? Only time will tell. 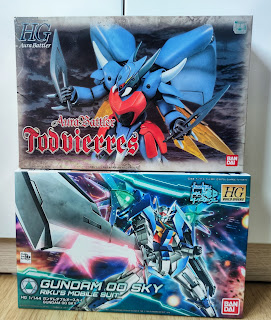 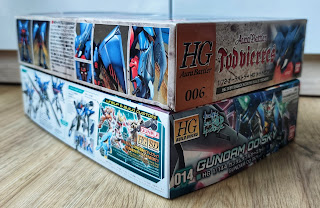 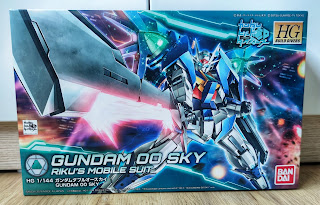 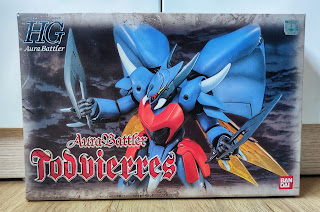 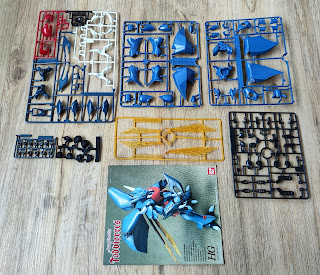 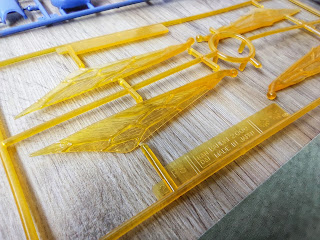 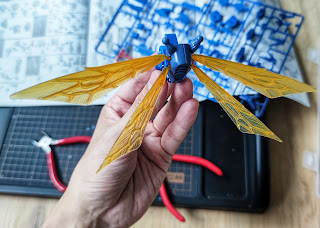 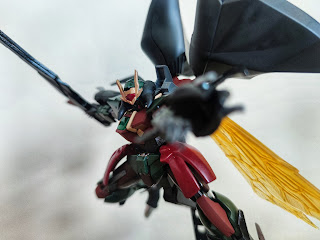 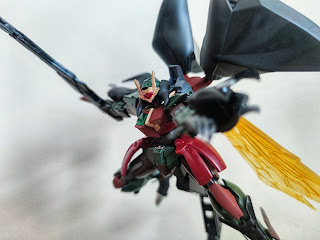 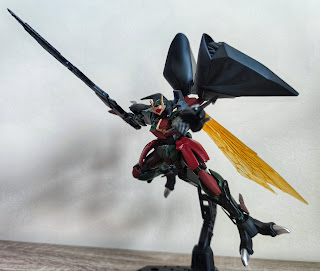 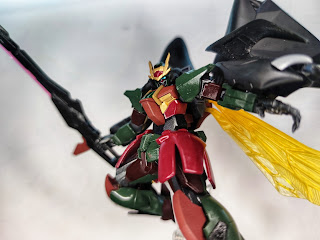 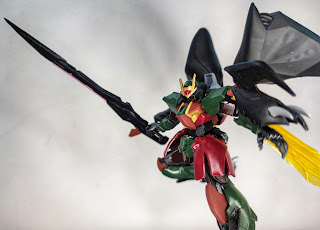 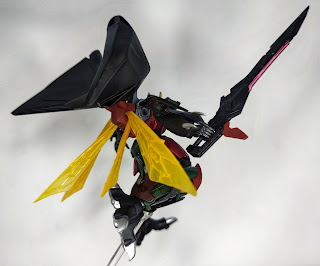 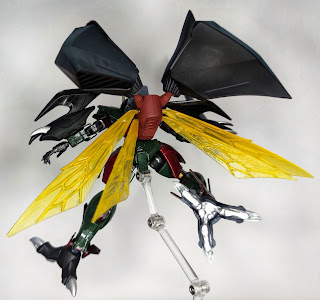 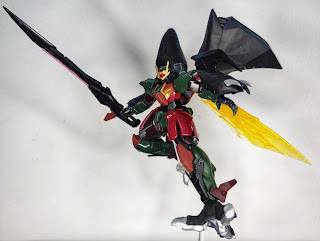 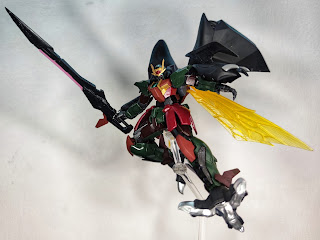 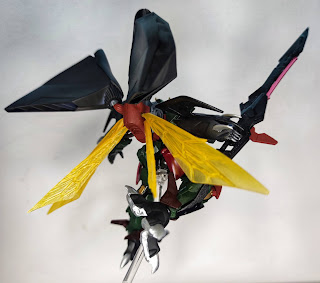 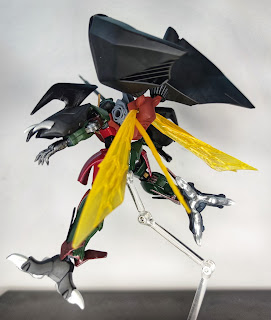 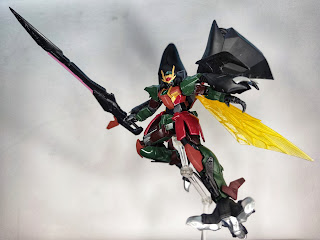 Posted by Gunplanerd at 1:43 AM